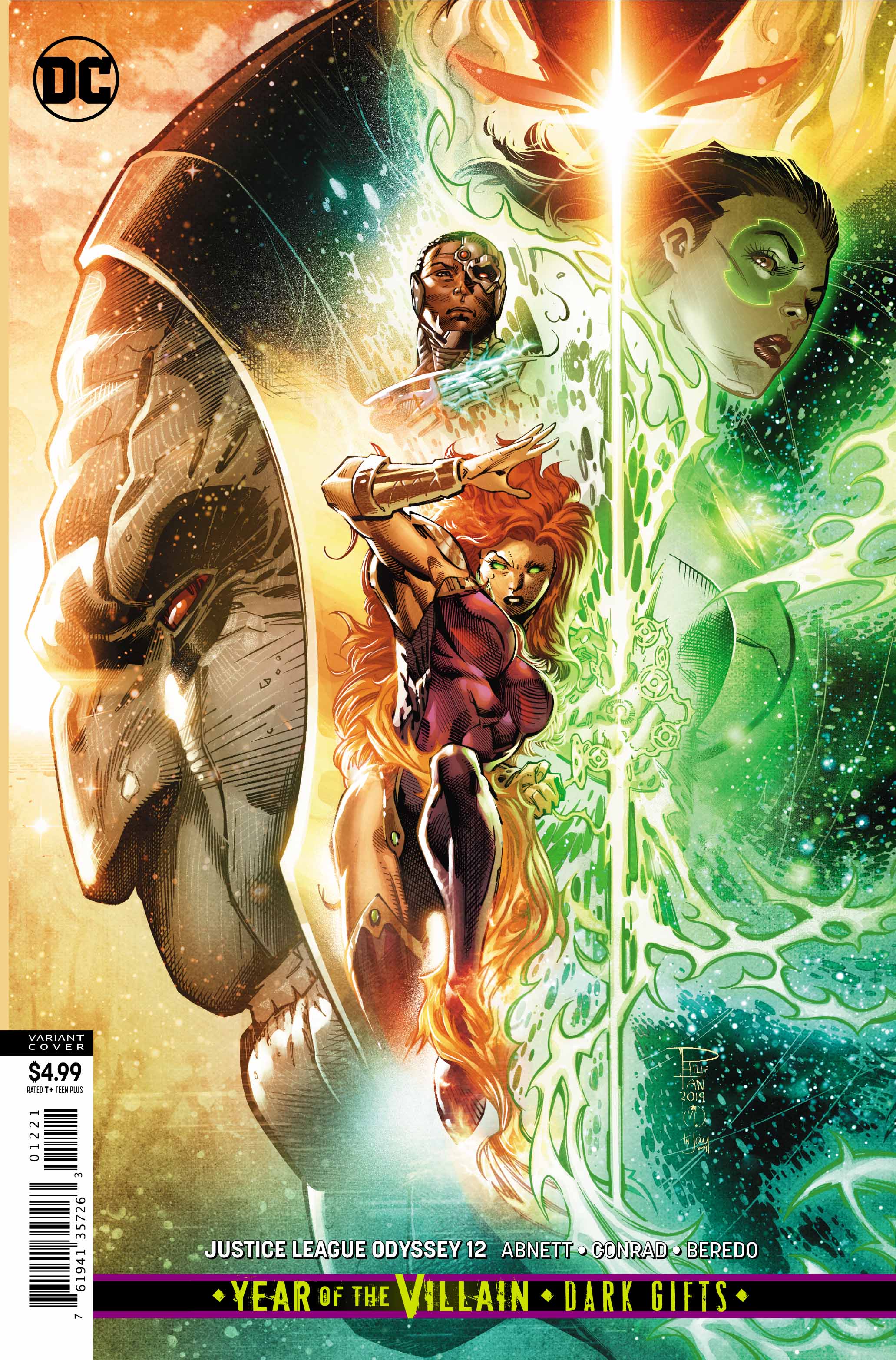 Justice League Odyssey #12 “The Dark Arises'” is a phenomenal issue, arguably one of the best single issues I have read in a very long time. My review for issue #11 was slightly critical, as I felt it was plugging all the gaps… hopefully to lead us to something big. Boy, did it pay off this month! To put that into perspective though, it wouldn’t have worked work without the previous 11 issues, which brought us brilliantly to this point. Dan Abnett isn’t a writer you hear a lot about on social media, but he should be. He’s a British writer with a hugely impressive catalogue, and he’s delivered one of the best stories in recent comics history, in my opinion. 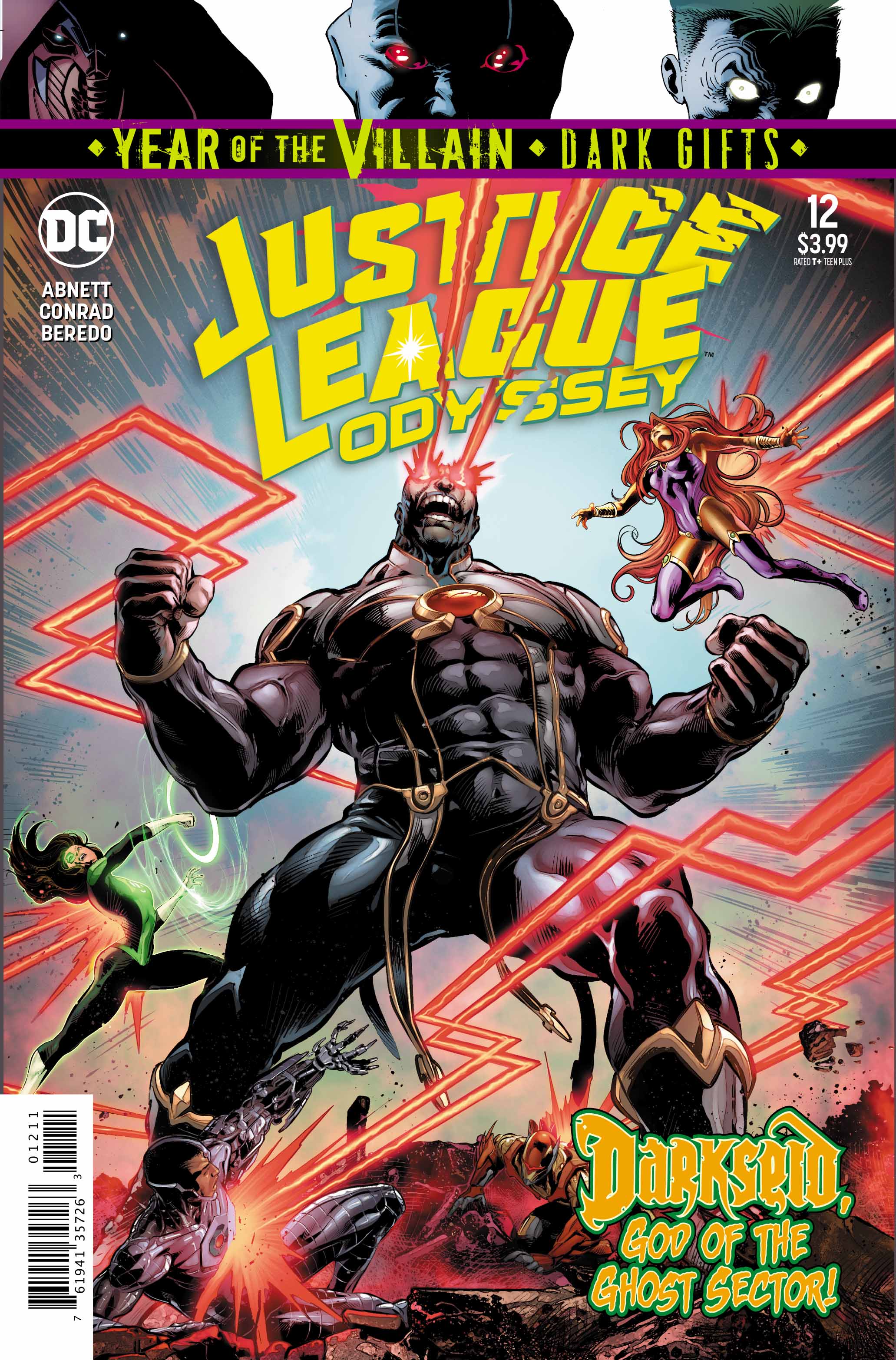 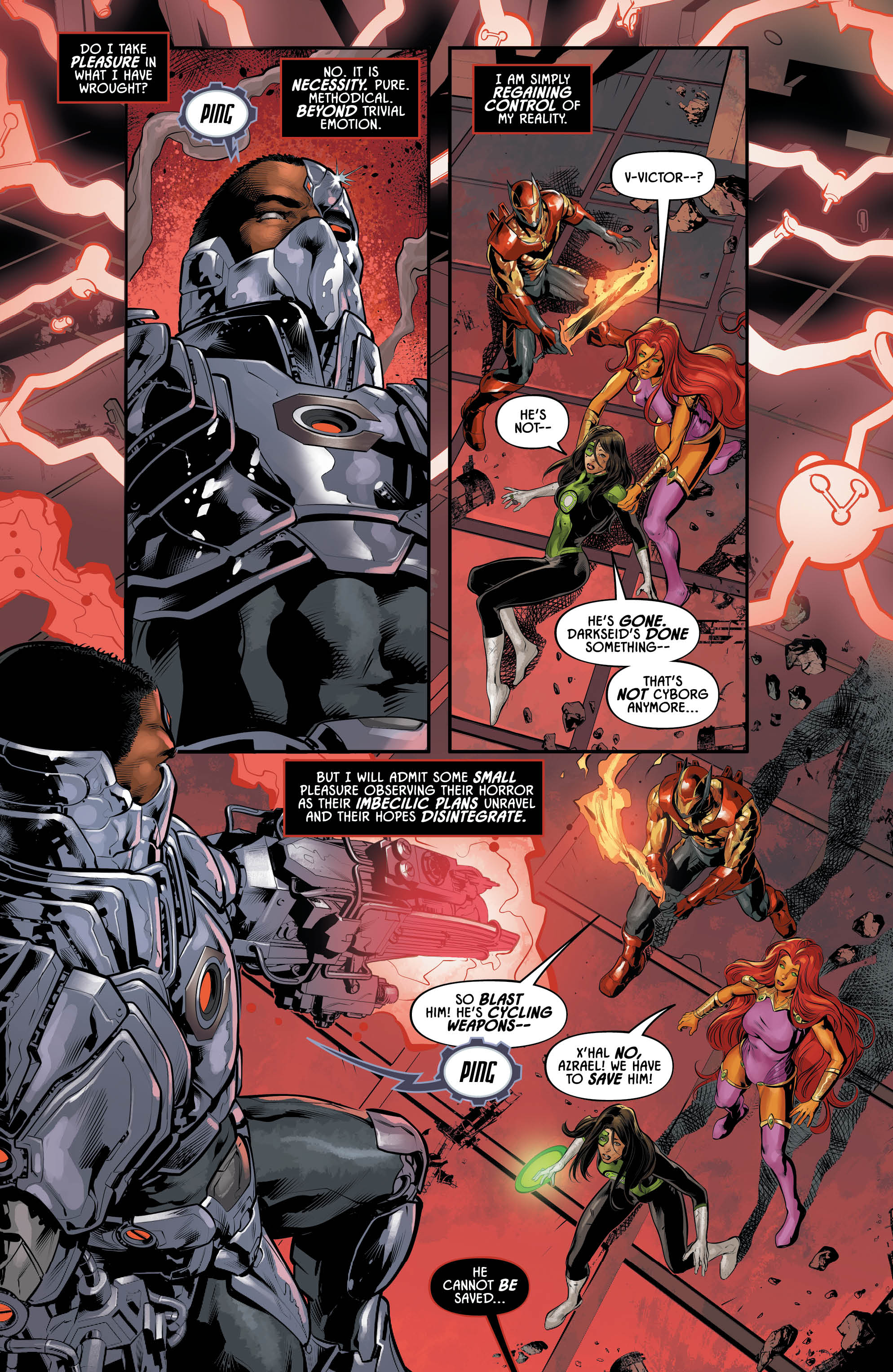 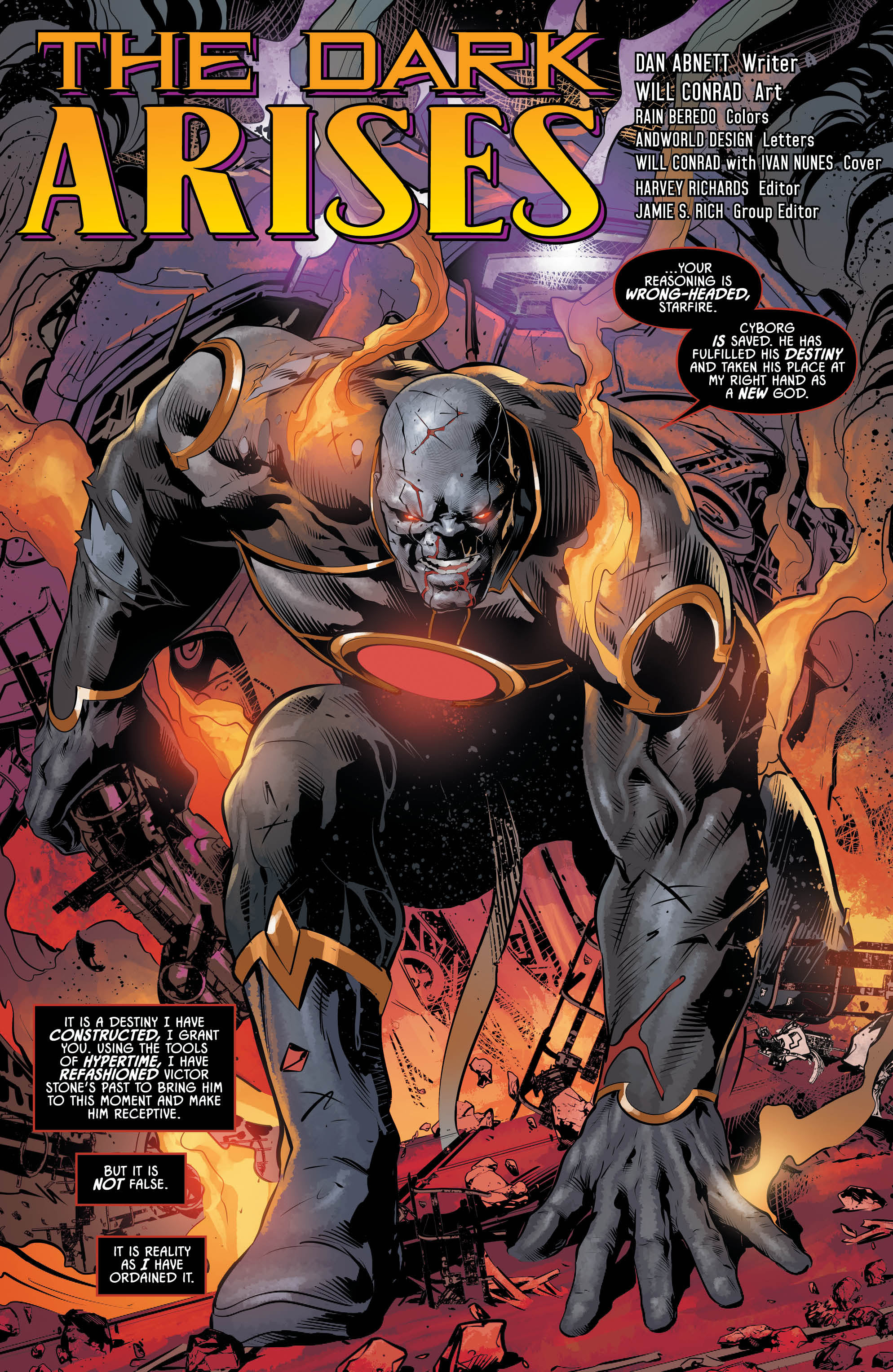 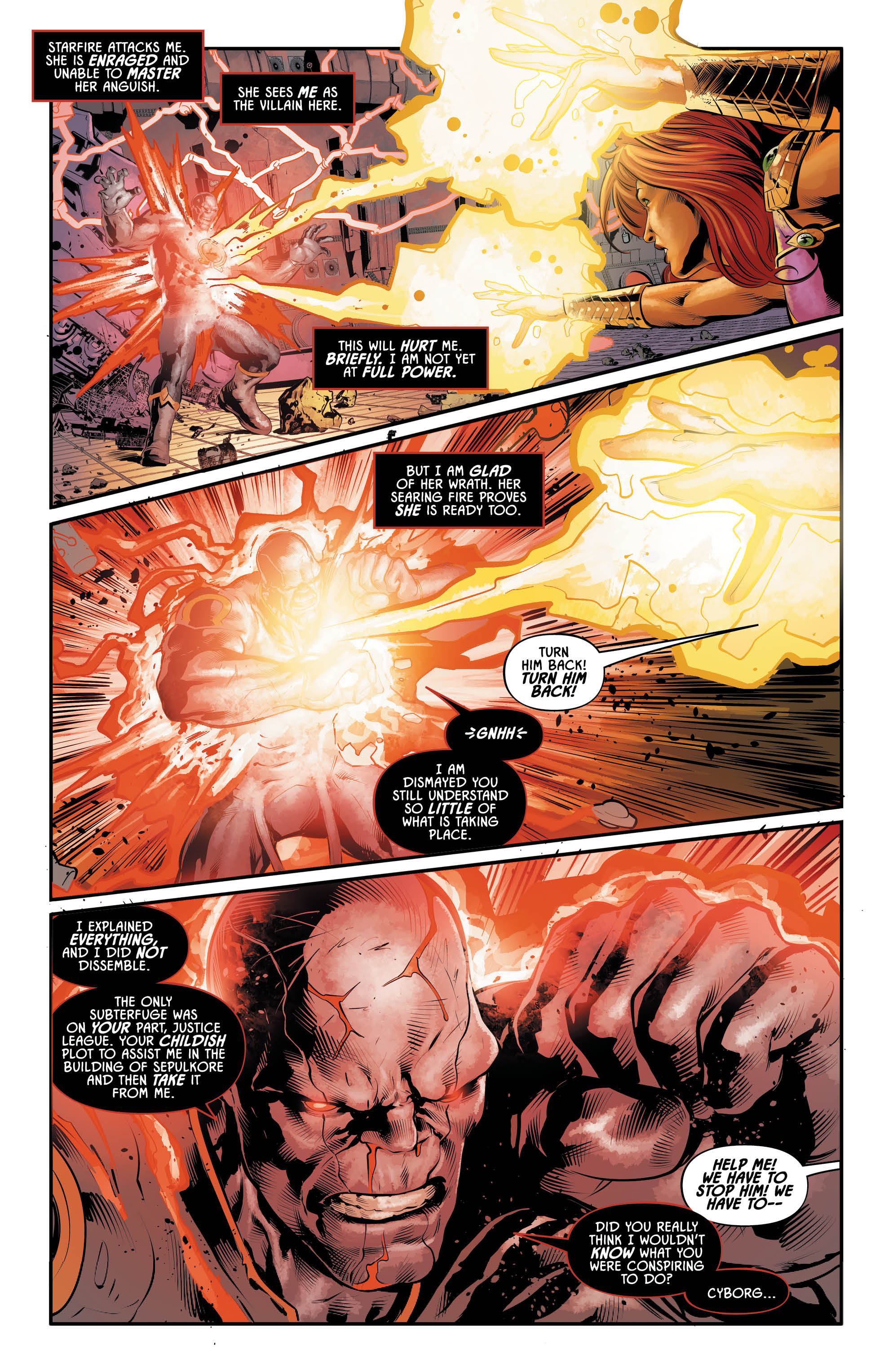 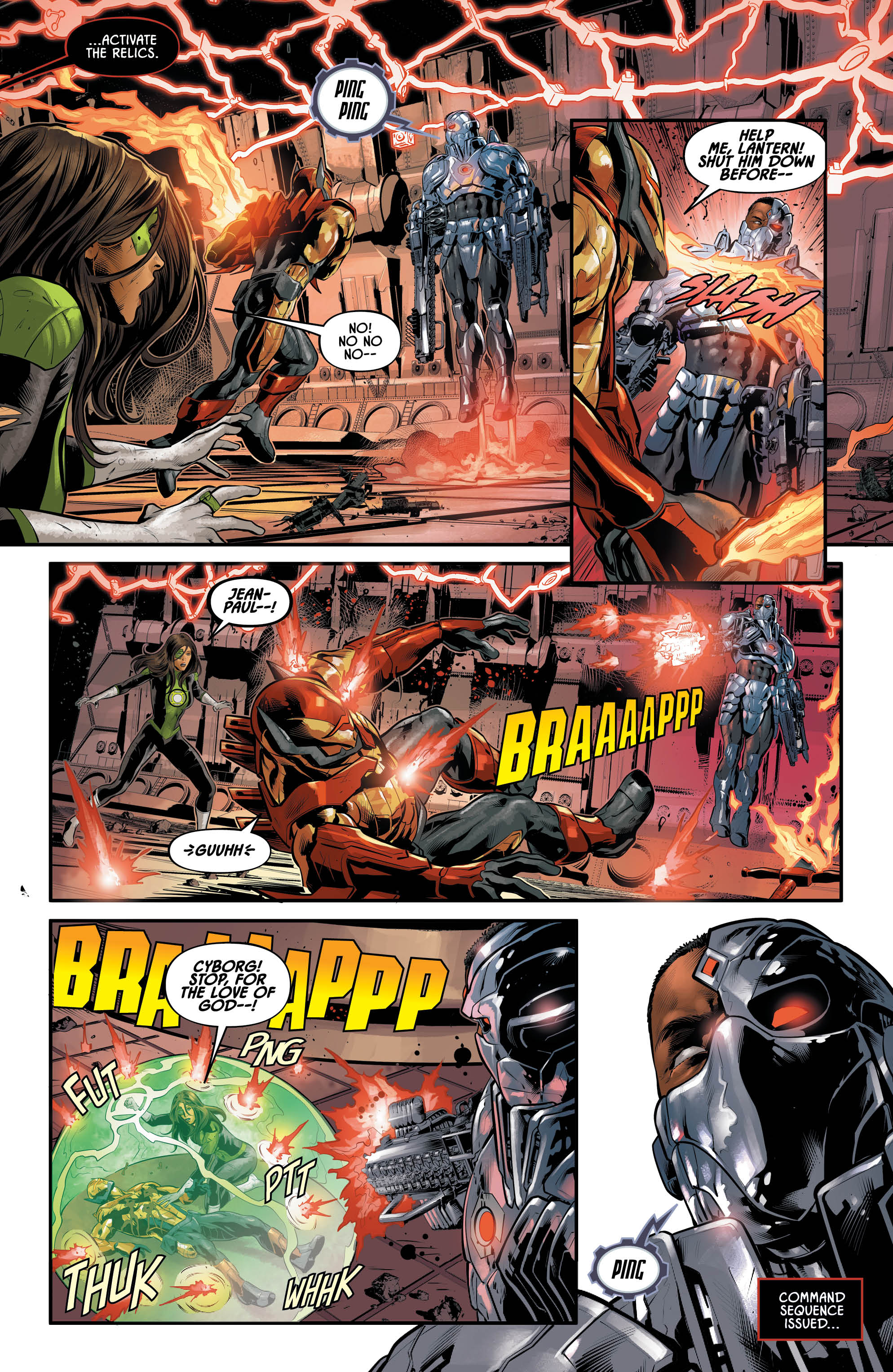 Justice League Odyssey was not on my radar at its launch. When I was asked to start reviewing this book for Dark Knight News I had the first few issues to catch up on, and I’m so happy that I got this opportunity. Starfire, Cyborg, Jessica Cruz and Azrael are not a foursome you can sell easily to the masses. Characters generally forced into team or supporting roles, but what’s genius about this team was putting them up against none other than Darkseid himself. Arguably the biggest, baddest villain in the DC universe.

This issue was a thing of genuine beauty and was written and paced perfectly. The suspense built slowly, yet it never gave you time to predict what could happen at the next turn. The detail in the action sequences was complimented, as always, by the sharp vibrant colors. The whole issue has this dark orange and red tone, which sets the mood perfectly. I cannot compliment this series and issue more.