“The Fall and the Fallen” – Part Four 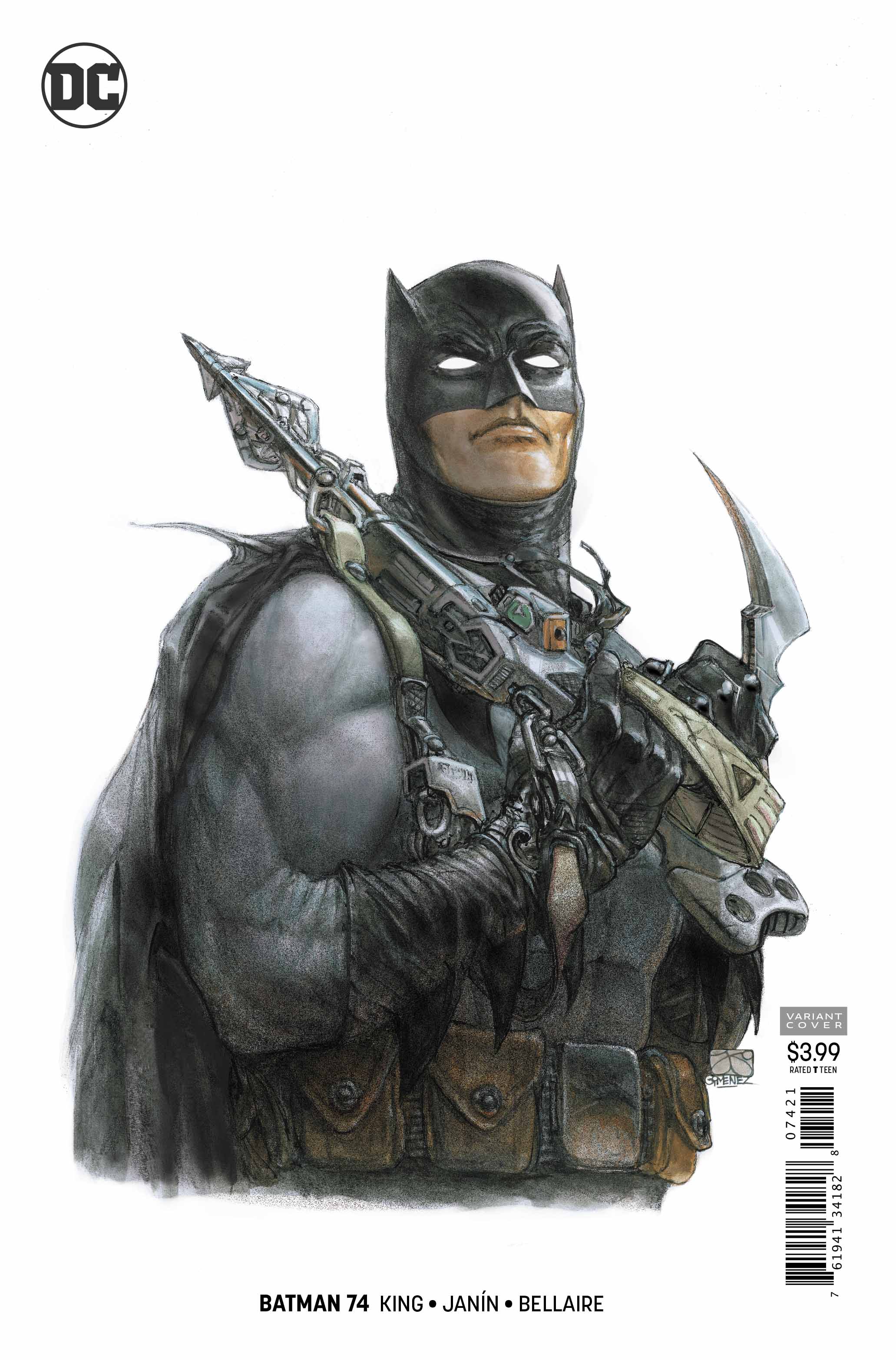 Batman #74 delivers its premise of Batman being mentally broken. However, the story’s effectiveness is dragged down by decompression and unsubtle metaphors.

This issue is a mixed bag in terms of quality. It attempts to subtly contrast the difference between Bruce as Batman and Thomas in a decent, but predictable way. Thomas is essentially a pessimist, while Bruce is an optimist. Still, it’s nice to see Batman portrayed as a heroic individual. However, it feels like a bit of a cheat to use Flashpoint Batman as the foil. Clearly Thomas as Batman is more hardened, because his world is objectively worse than the prime DC universe. I mean, his world is constantly on the brink of destruction.

The action here feels weightier than last issue. Previously, my complaint was that there was too much talking, which undercut the drama of the action. Now, the drama is heightened. Yes, there’s still talking during the battle, but it serves the action scenes better. 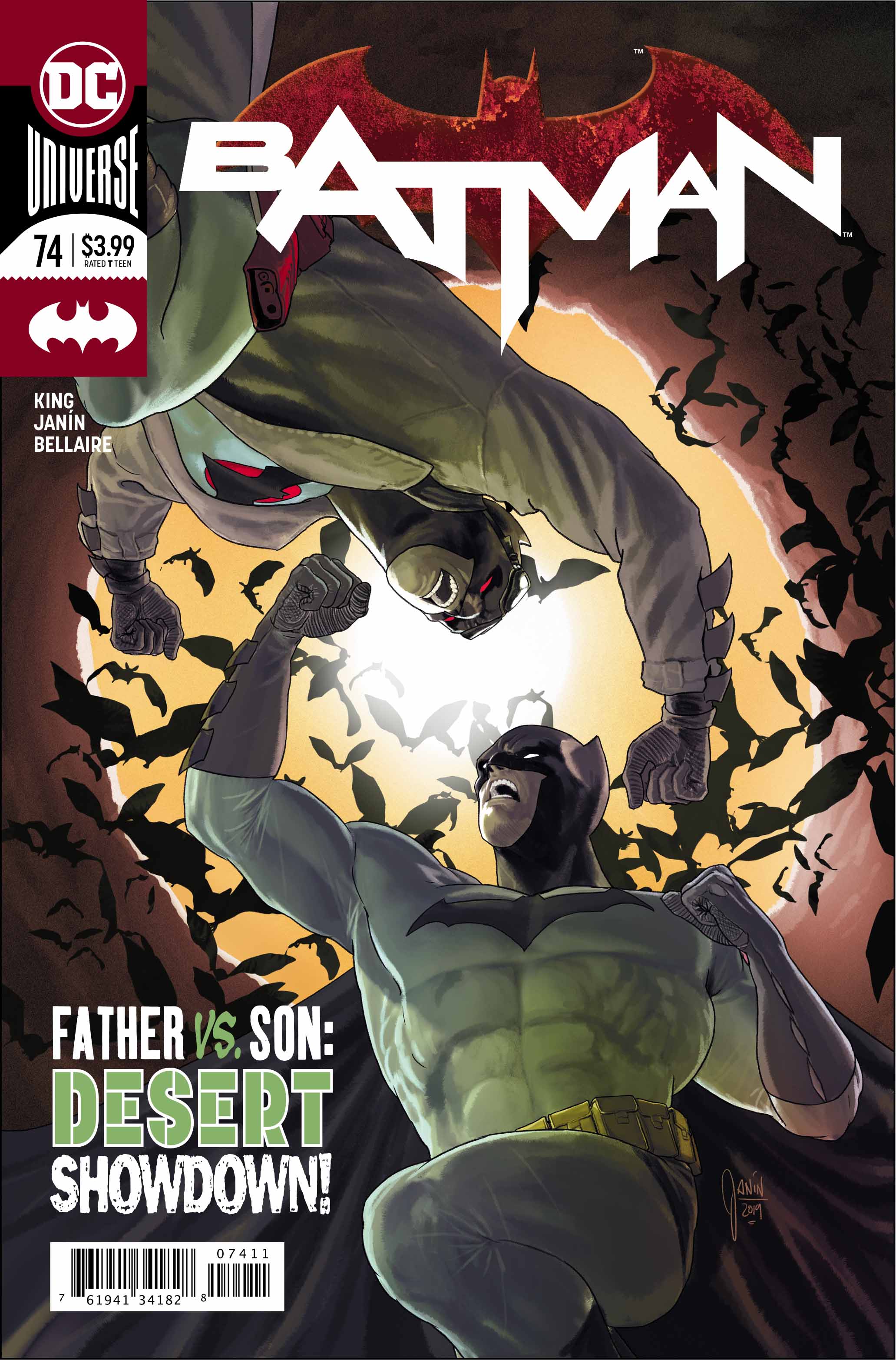 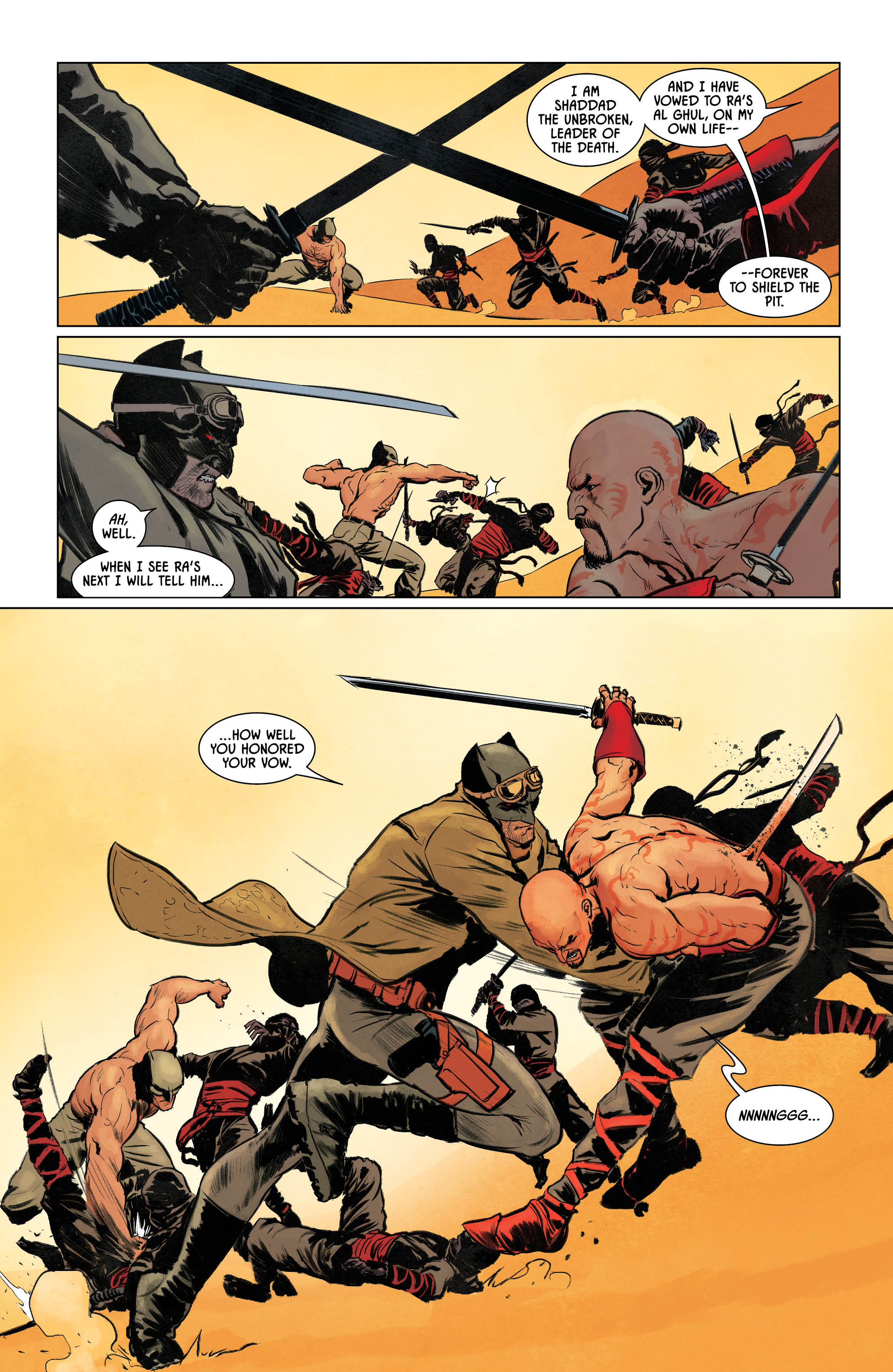 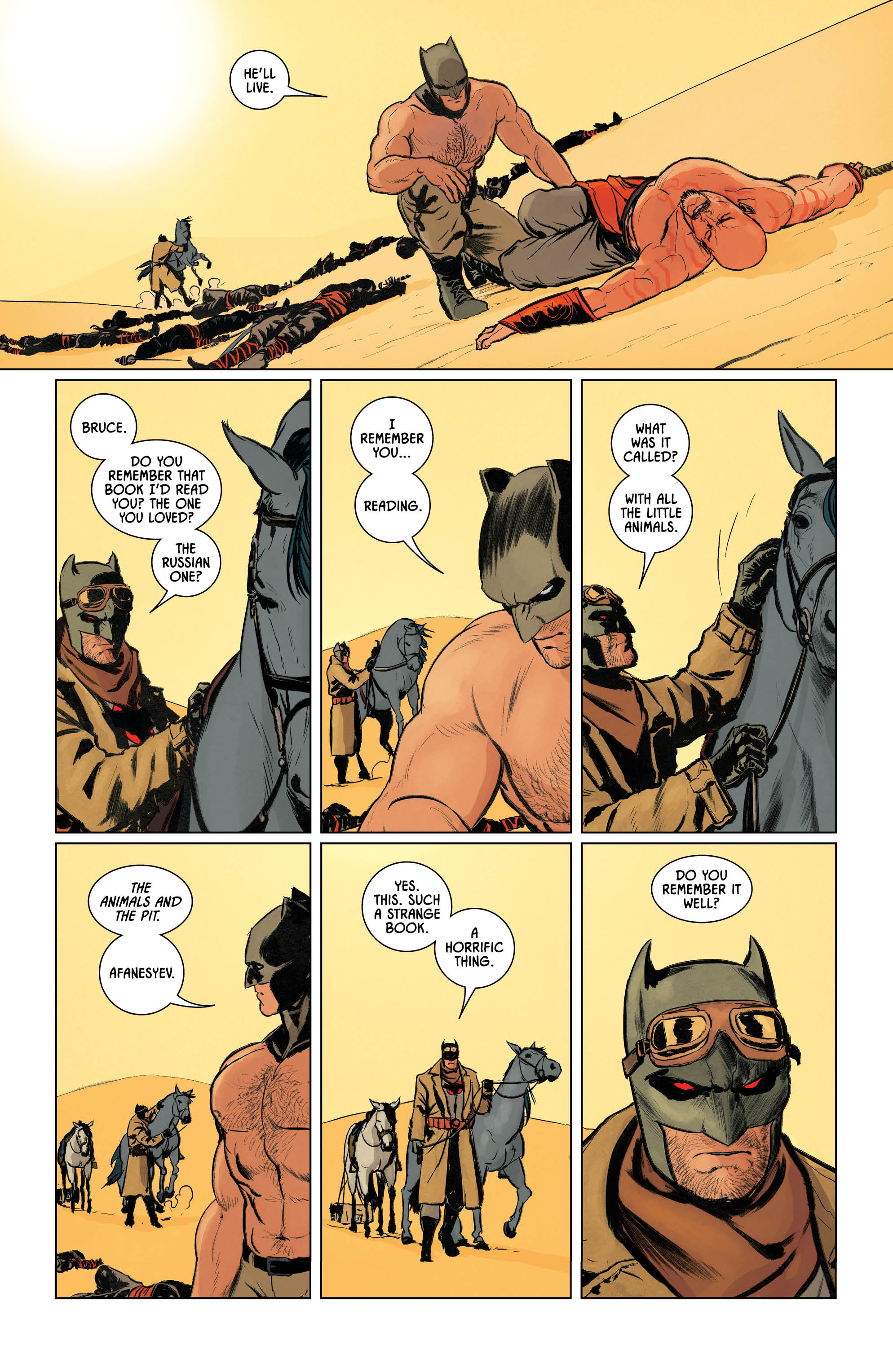 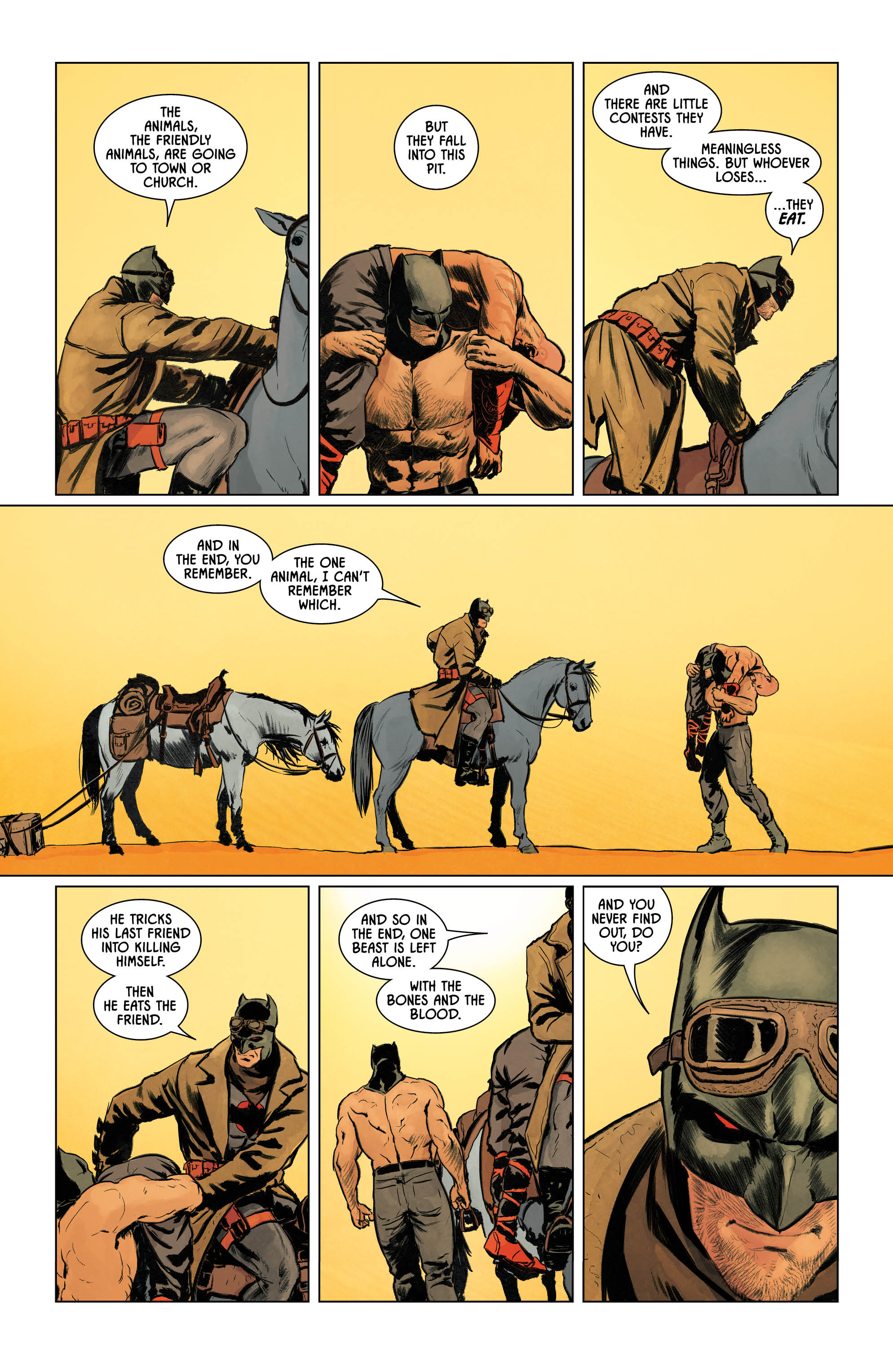 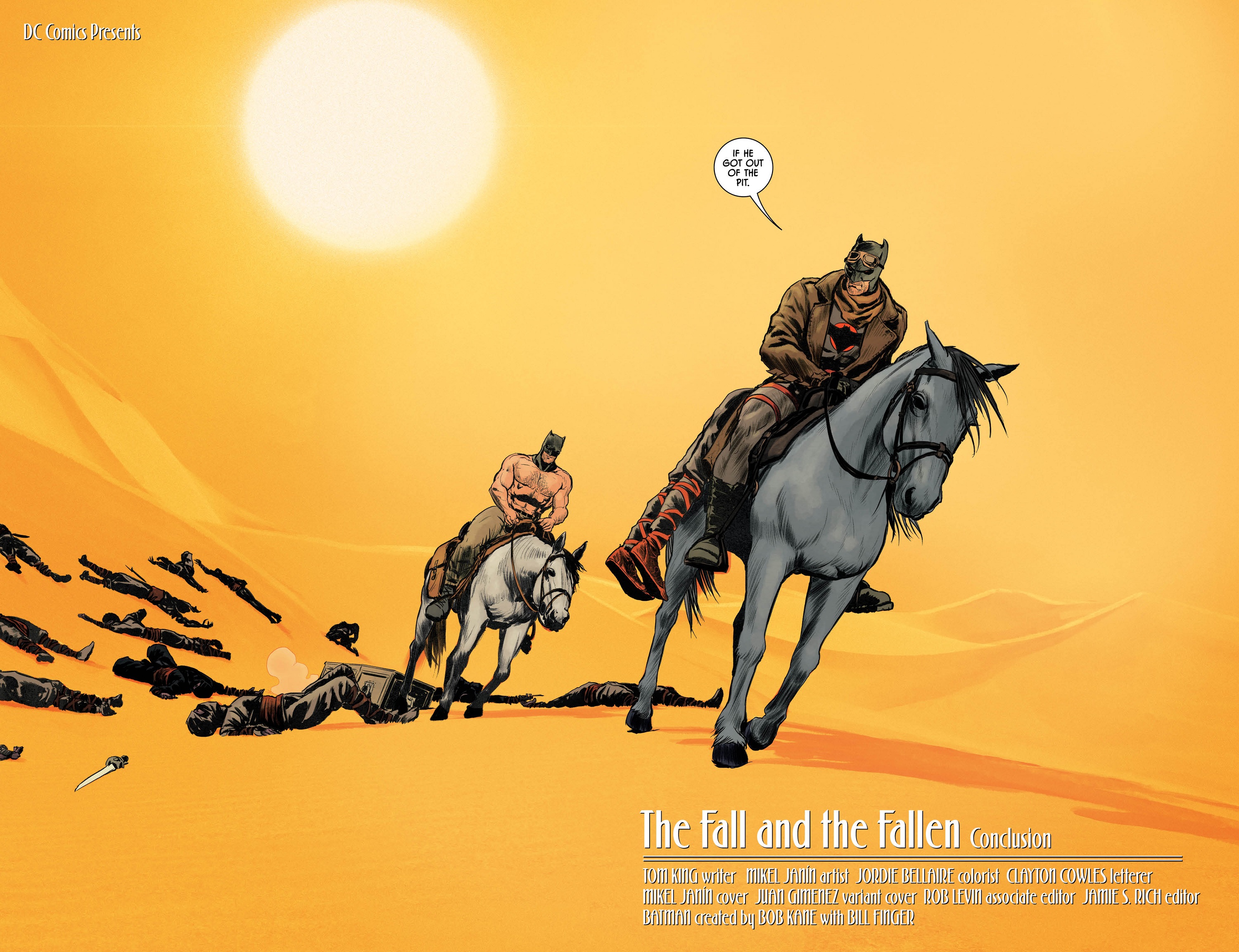 Speaking of action, artist Mikel Janin’s art continues to evolve. Initially, his art was beautiful, but stiff. His characters more closely resembled old Renaissance-era paintings, than fully-realized, breathing humans. His style seems more fluid in the latest issues. This allows for more emotion and body language to come through. His character “acting” is stronger. It’s especially good in the action scene at the end of the issue. The fighters are looser, and convey a lot of motion. The color by Jordie Bellaire helps tremendously to express the scene’s tone.

Unfortunately, Batman #74 also shares the many of the same flaws as the previous issue. King is trying too hard with the metaphors again. There was a cool callback to Batman #57, but it loses its thematic impact with repetition. There’s also the problem with pacing, in this and last issue. Both comics’ plots are stretched out, with little narrative progression. It could have easily been a single issue.

King and Janin prepare Batman for the next blockbuster storyline City of Bane. The road to get there has been adequate. While the overall premise is great, Batman #74 gets bogged down by a lot of narrative flaws. The metaphors are unsubtle, the dialogue is repetitious, and the pacing is a drag.