Mitch Gerads Explains Why His Cover For Batman #74 Was Axed 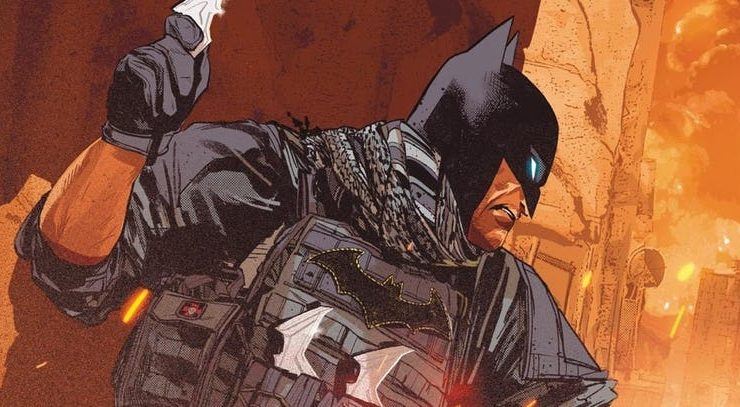 Comic book artist Mitch Gerads has taken to social media to explain why one of his Batman covers has been axed.

Gerads is a regular collaborator of writer Tom King and the artist on DC’s Mister Miracle. He has previously drawn internal art and covers on King’s Batman run, as well as on the recently concluded Heroes In Crisis.

The cover for Batman #74 was drawn and shared on social media by Gerads, before the announcement came that it would no longer be used. It features Batman in a military style outfit under attack from unseen assailants. Initially pulled for an undisclosed reason, the artist has taken to social media to clear things up.

So some bummer news…

I just got word that my BATMAN #74 cover will not be used. @DCComics has been very apologetic. The story that takes place in the issue has changed considerably from when I first did the cover, a few months ago now… (1/2) pic.twitter.com/bu9yei4ZtB

He followed up this tweet with another and went into a little more in depth about the situation.

Cuz of its popularity they tried to keep it, but it no longer makes sense with the story direction. @DCComics has been very kind and hopefully we’ll see it in a collection or used elsewhere. Thank you all for the kind words. Probably the biggest reaction I’ve got from a cover!

All in all a pretty sad affair for Mitch Gerads, but one that makes sense in terms of the overall story. It’ll be interesting to read Batman #74 now knowing that this cover depicts a different version.

It’s clearly a excellent piece of art, do you hope it’ll be used elsewhere? Let us know.