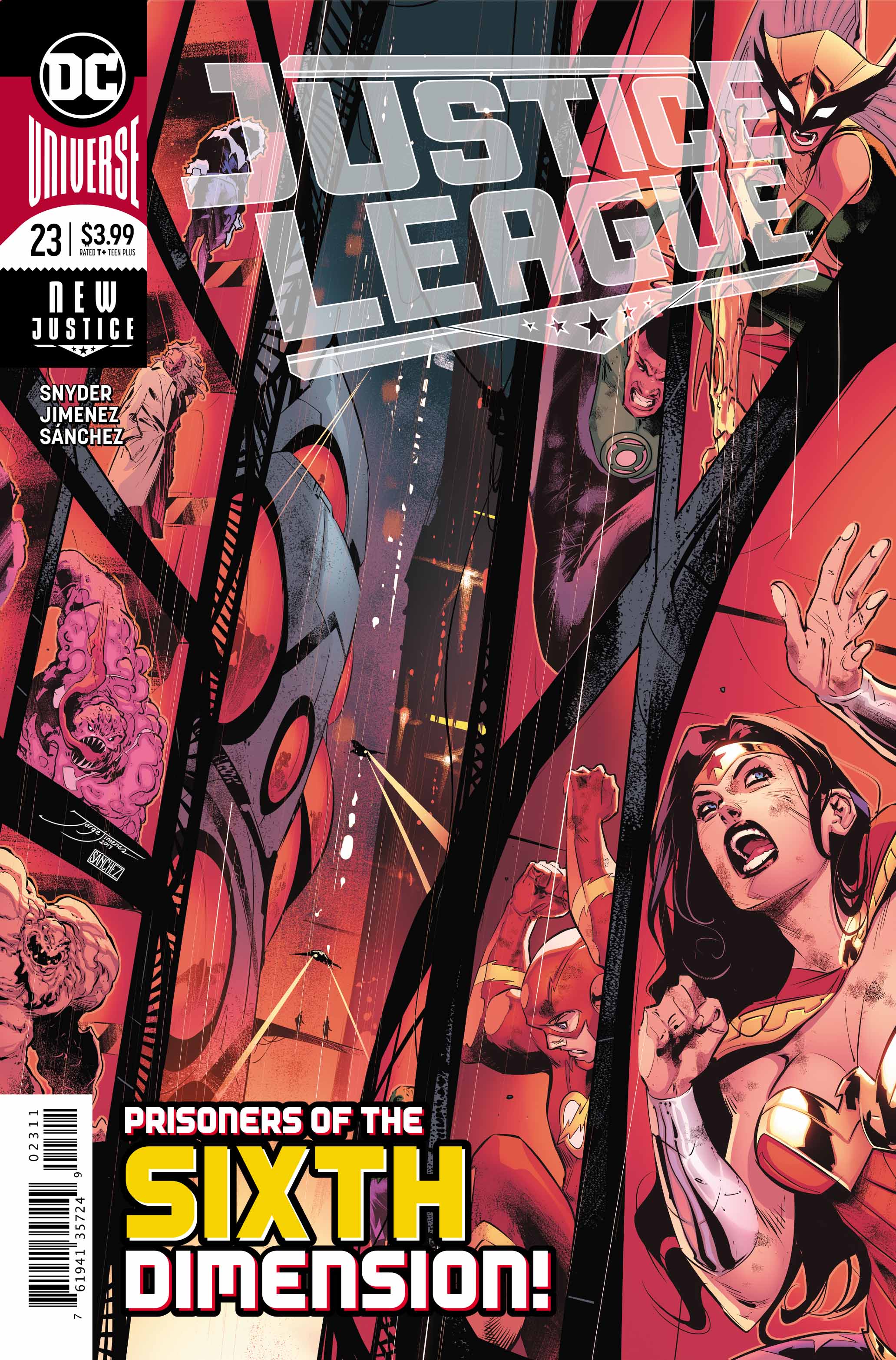 Prison break is the name of the game in this week’s Justice League #23, as the League has to figure out how to escape a multiversal hell.

Things aren’t looking great for the team right now. The Legion of Doom has released the evil goddess Perpetua. Superman has been banished to a barren galaxy with minimal sunlight.  The World Forger has revealed his plan to doom a large swath of the Multiverse to a hell of his own creation. Oh, and Mr. Mxyzptlk is slowly erasing all of creation while duking it out with Batmite on Earth. Fun times.

Justice League #23 follows “The Sixth Dimension” storyline from Justice League #21, as Justice League #22 was a filler issue that recounted Perpetua’s backstory. The  League has been condemned to a multiversal hell of sorts by the World Forger – a punishment for objecting to his aforementioned plan. He wants to replace the current DC Multiverse with his vision of paradise and preemptively condemn any opposition to a hell-like multiversal prison forever.

The only League member who managed to escape imprisonment was Batman, who seems to have been tempted by the World Forger’s plan. The Dark Knight is then faced with a dilemma, one which gives him an impossible choice.

Jimenez and Snyder’s script is chock full of emotional moments. Watching Shayne (the son of the future Martian Manhunter and Hawkwoman) interact with the League is powerful and moving. Shayne is depicted as a traumatized yet powerful child. He has witnessed the World Forger’s plan and is not scared to voice his disapproval. He is by far one of the best aspects of this story.

Also, the interaction between the World Forger and Batman is intense. Batman is forced to weigh the fate of the Multiverse against his relationships with Superman and the League. The final scene of the issue is jaw-dropping in its execution and implication. It’s a sucker punch to the gut. 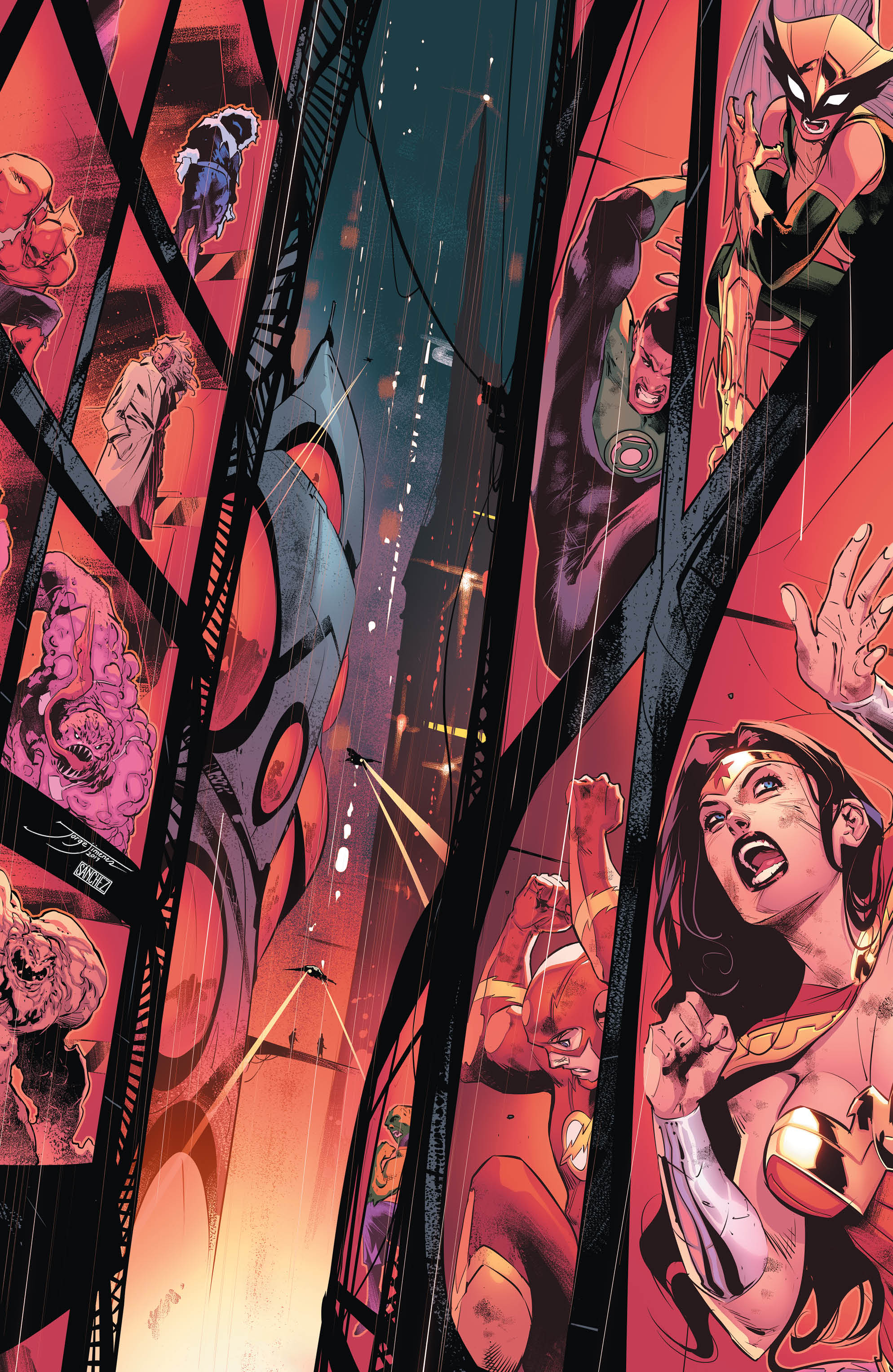 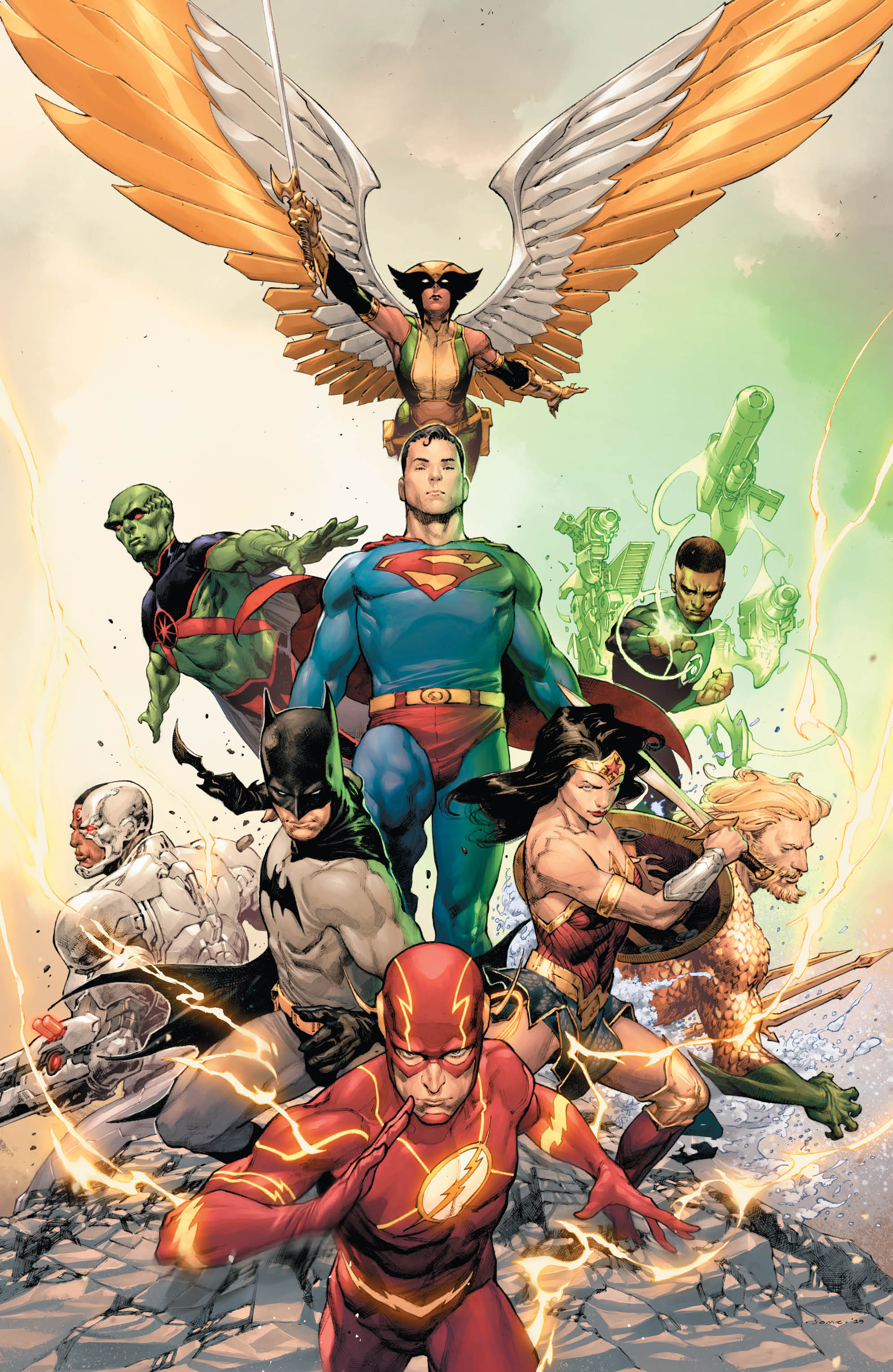 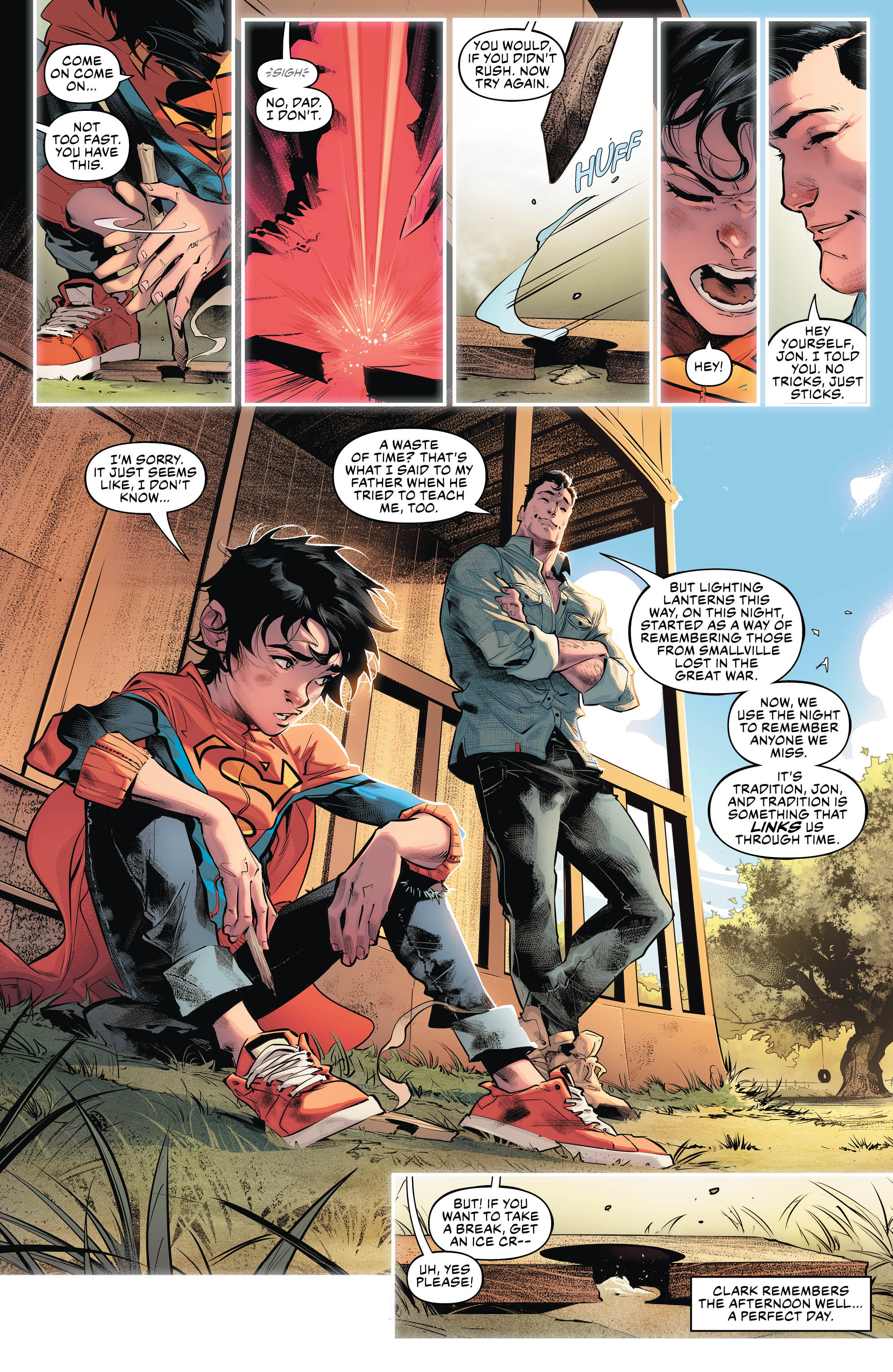 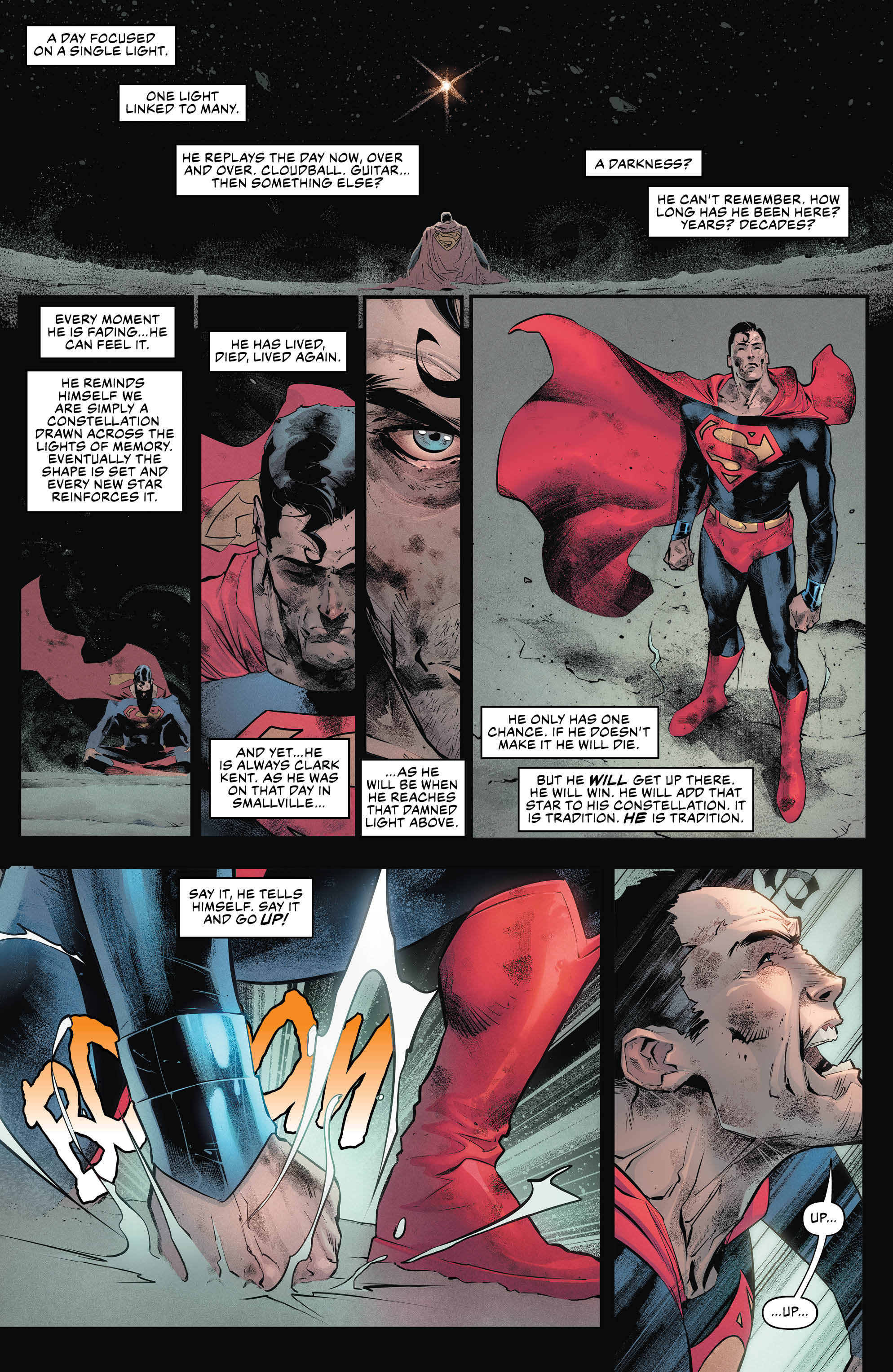 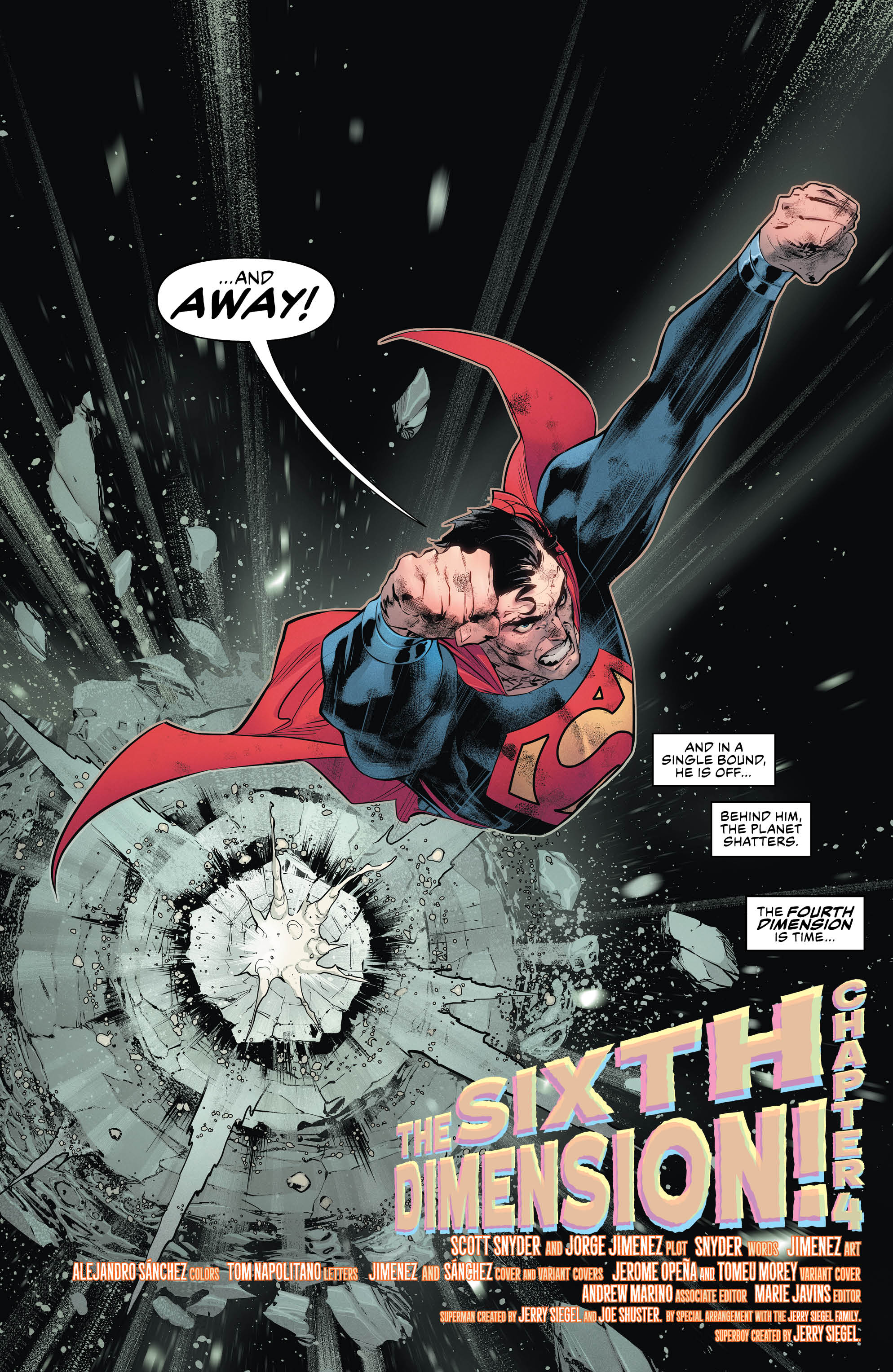 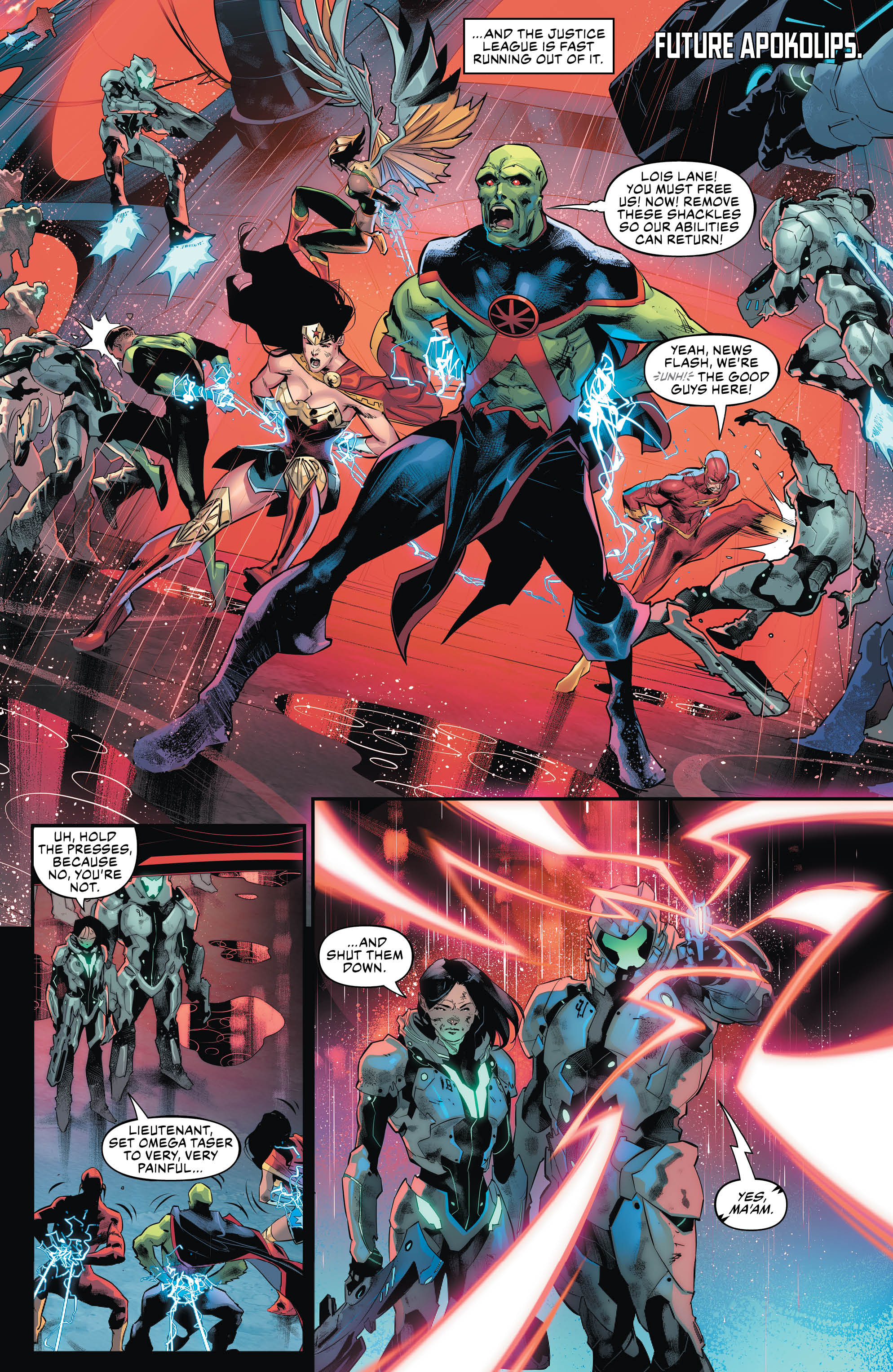 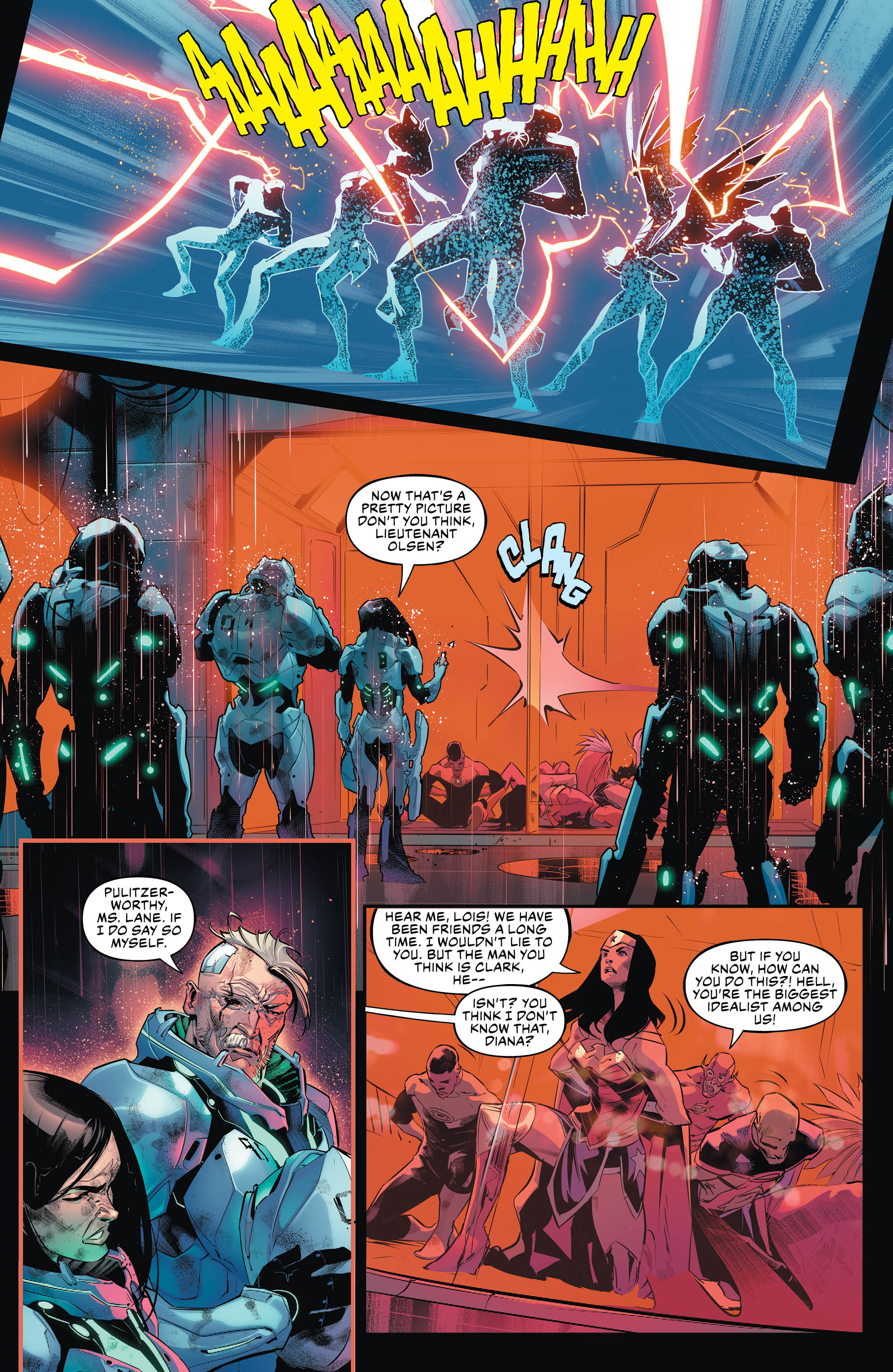 Beyond the Pretty Pencils

After four issues of pulling double duty, it’s obvious that Jorge Jimenez is an incredibly talented man. It goes without saying that he’s a terrific penciller, but what’s truly impressive is his capacity for visual storytelling; it’s absolutely amazing. While his pencil work is fantastic, his vision for storytelling is impeccable. He captures the aforementioned emotional gravity in a well-paced issue that easily tackles these high concepts, while never losing the humanity of these characters.

Unsurprisingly, Justice League #24 is a fantastic issue. Snyder and Jimenez manage to balance each of these convoluted, massive storylines with ease. They never sacrifice character development at the altar of the plot – something that has been consistent since the end of “Drowned Earth.”

Under Snyder’s leadership, Justice League has once again become the cornerstone title of the DCU. This story is massive. Its implications reach far beyond just the pages of this title. While there’s still a certain amount of mystery about where all of this is heading, there’s no doubt that this creative team is building to something big. Verdict: It’s worth your time and money.