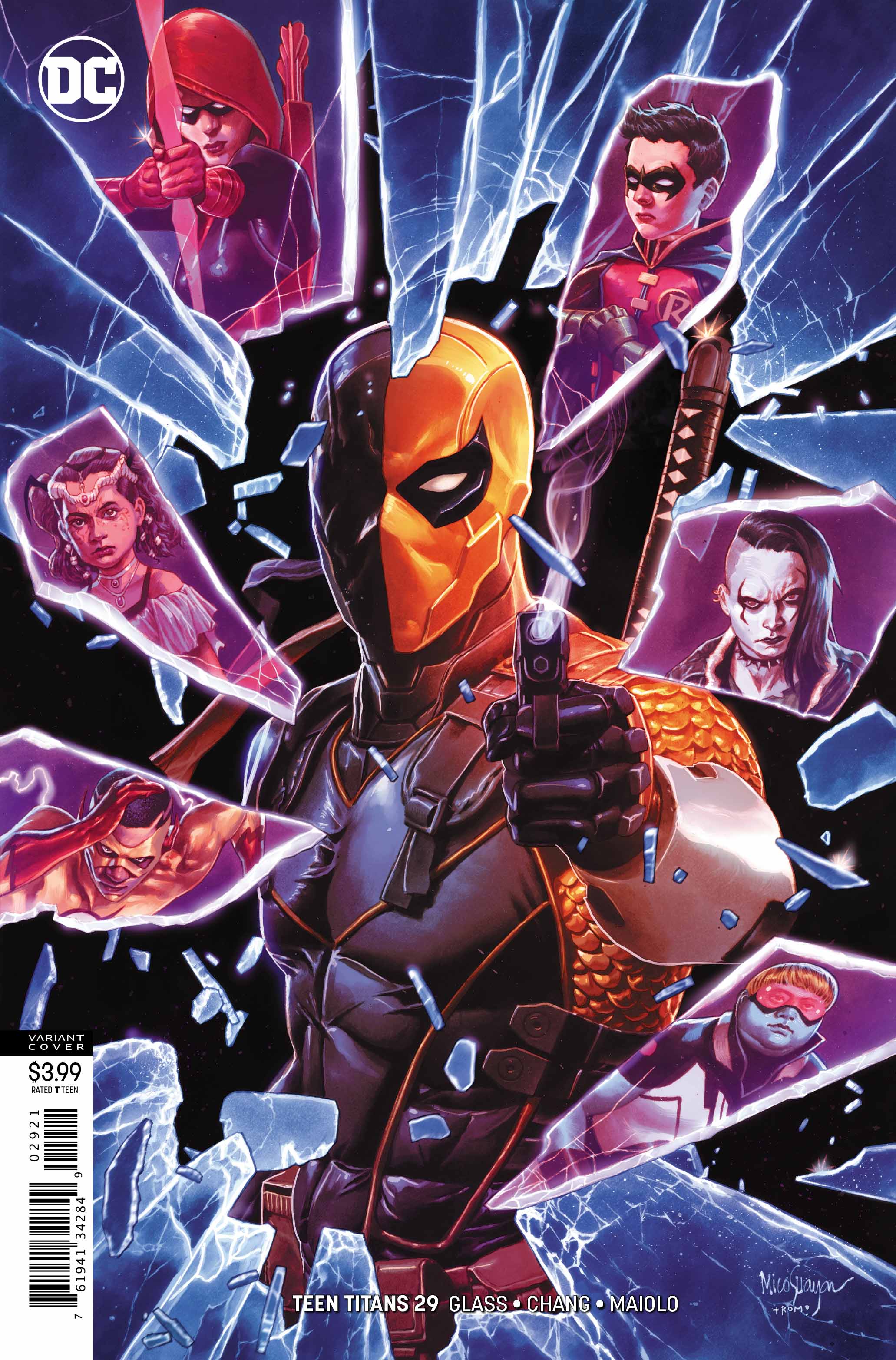 Well, we’re in full swing, three quarters of the way through the Teen Titans/Deathstroke crossover. I always think that crossovers can sometimes be a bit of a gimmick, however this run certainly isn’t and the consequences will be evident in the teams future for a long time.

So what exactly are these consequences? Well, we see the secret prison element explored further and Deathstroke #42 even explores the flaws in the system. It’s clear that not everyone is a fan of the lock-up and Robin and Red Arrow trying to win over Kid Flash is a very interesting scenario.

Using their shared past of having strong influences, from less than perfect role models, is an interesting way of keeping these three slightly separate from the rest of the team.

One of the things I truly love about Adam Glass’ writing is his inclusiveness of the characters he works with, and this issue is no exception. When Crush’s anger over the Robin/D’Jinn romance comes to a head and it’s revealed that she’s actually attracted to D’Jinn, this is a great touch.

The reason I think this is great isn’t because it’s an unexpected twist, or anything else like that. It’s important because it didn’t feel forced, it fits in with the story and it proves that LGBTQ characters aren’t always used as some cheap trick, like some accusers like to point out (I’ll not mention the idiotic boy’s club by name!).

Interestingly this development will be a further tool to divide the group, as D’Jinn is clearly a sneaky character and I believe that she’ll use this new romance to her advantage. I’m Sure we’ll find out soon enough. 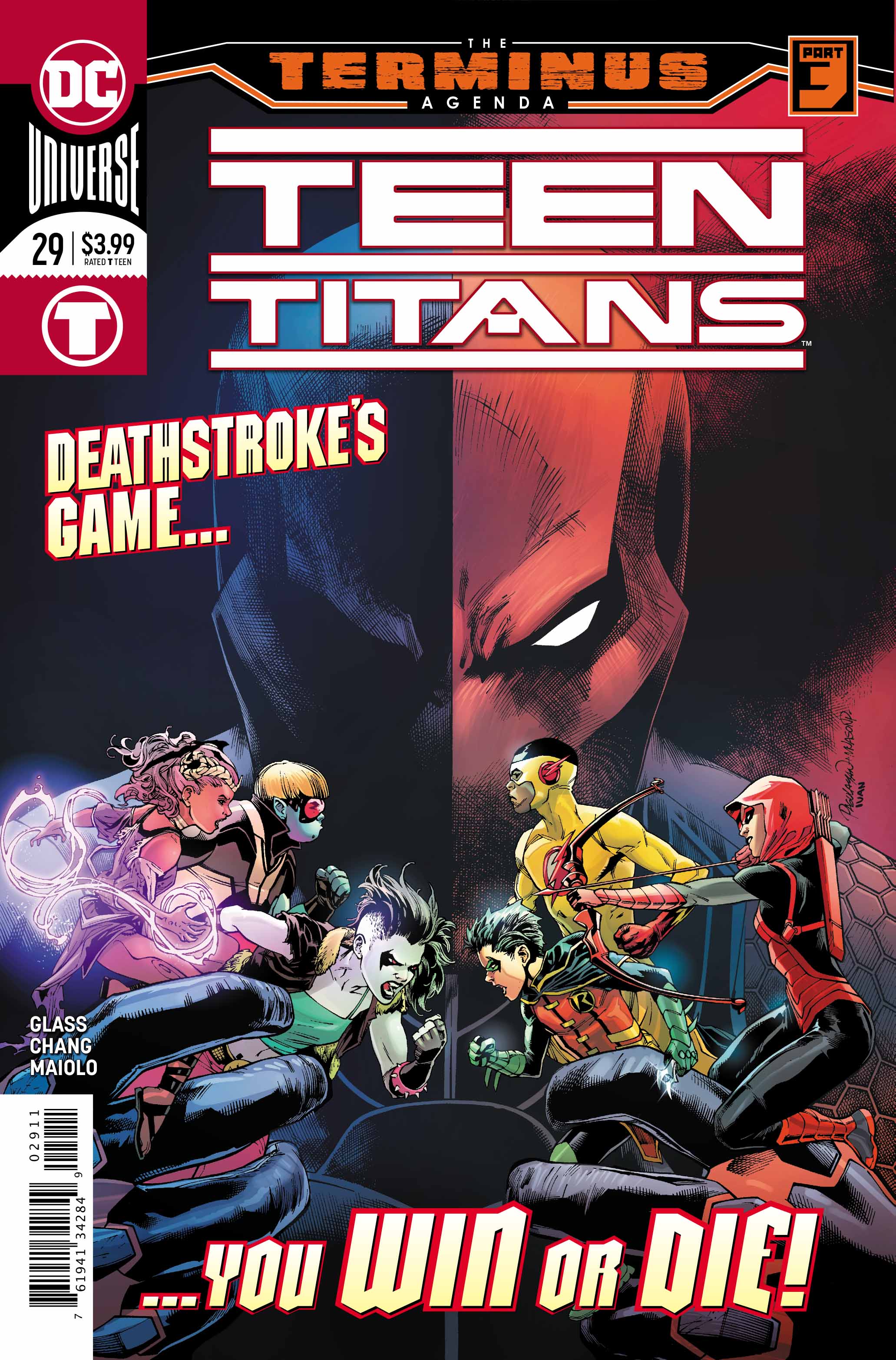 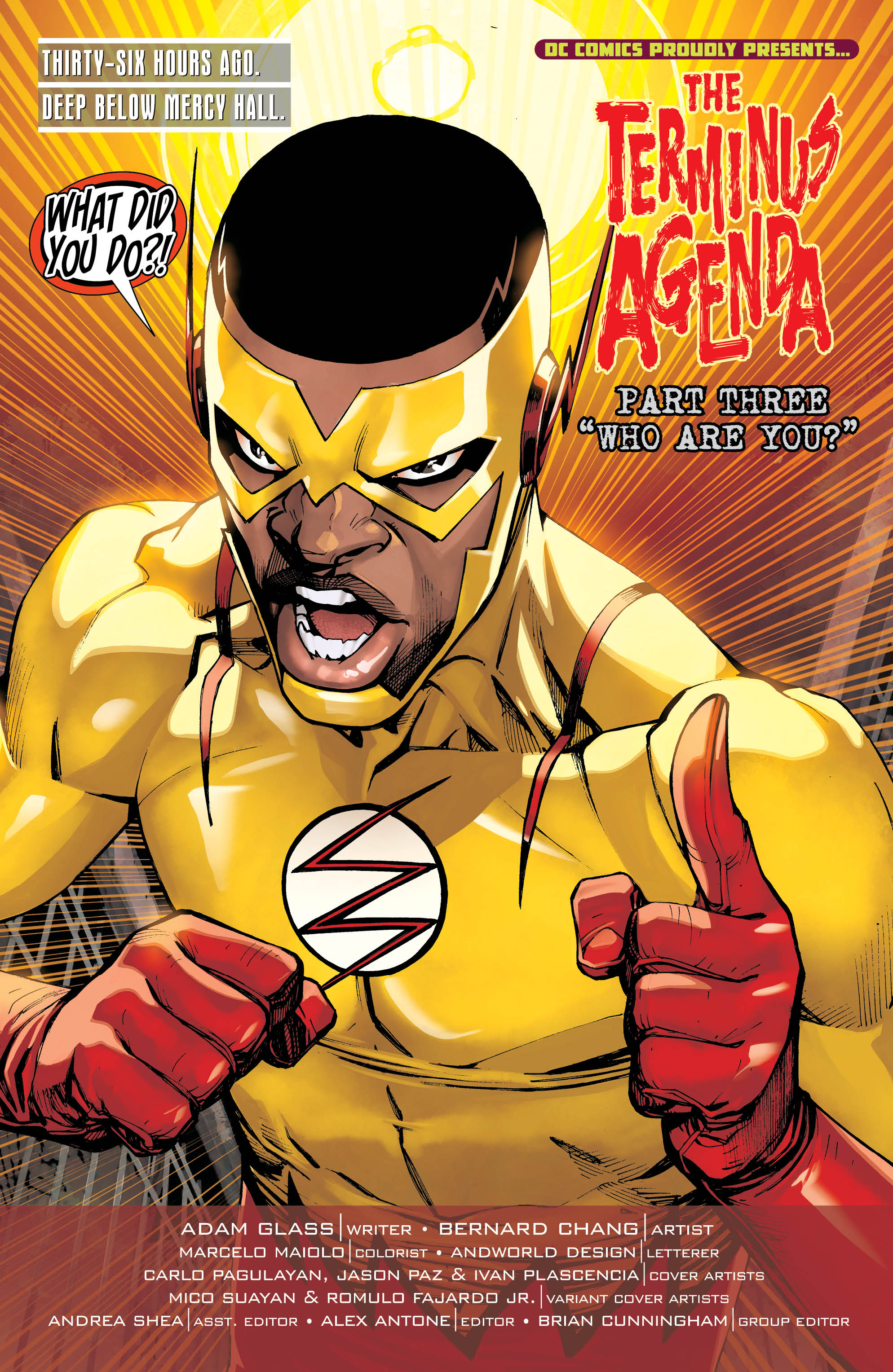 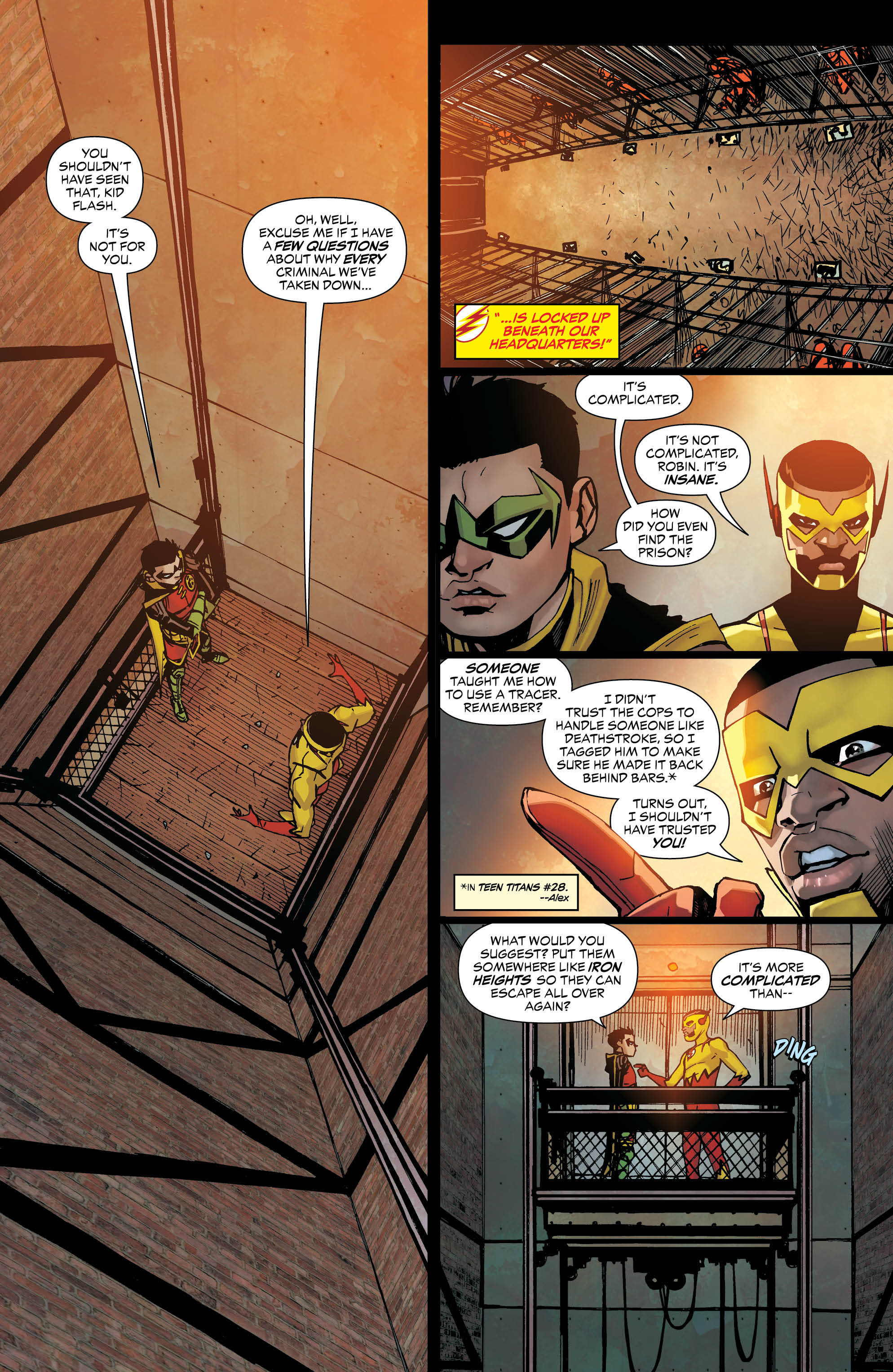 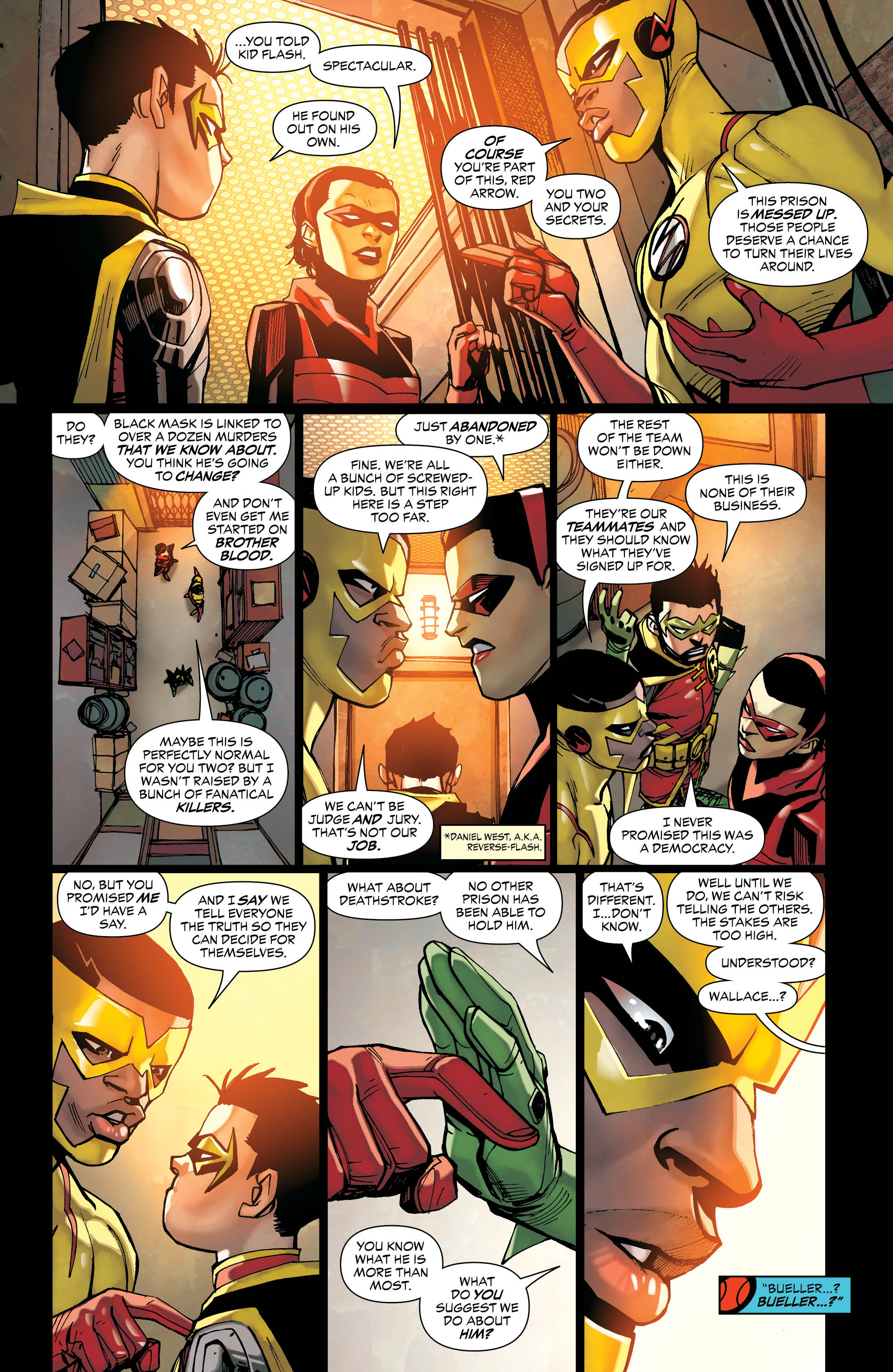 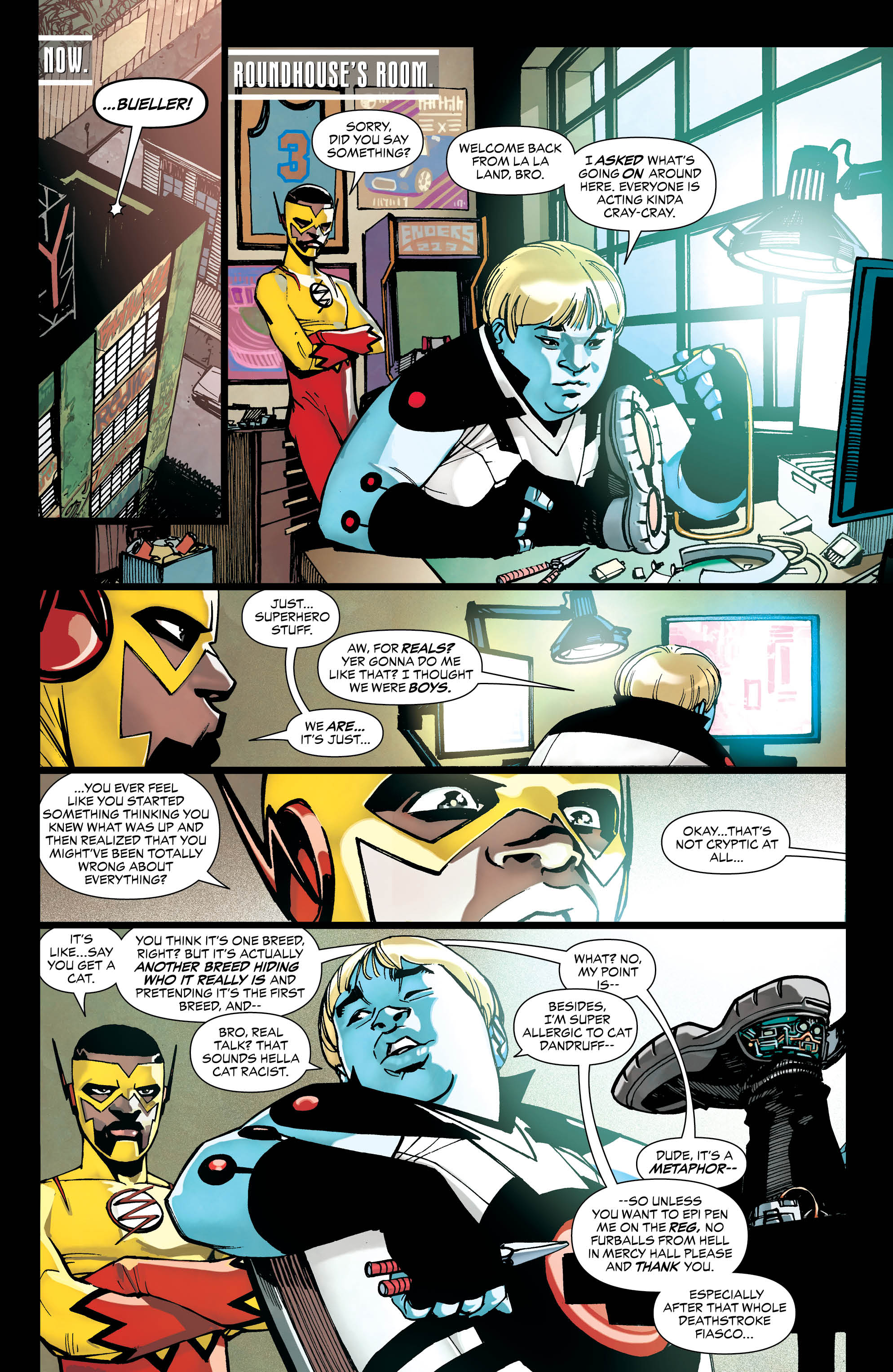 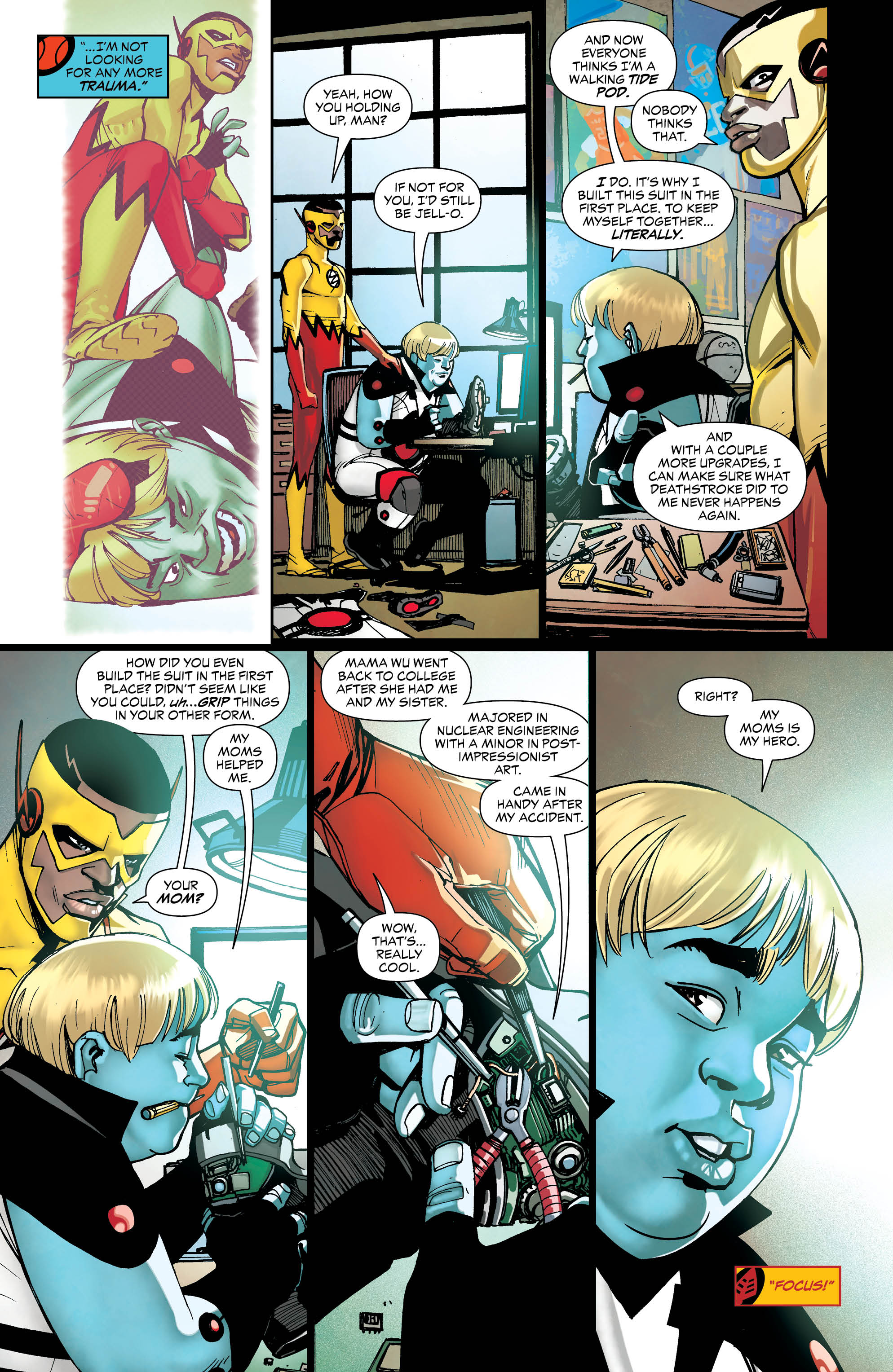 The issues ends with a brilliant cliffhanger! I mean the next issue is going to be brilliant! How the team react to this will be an iconic moment in their formation. It brings the whole prison angle to a head.

There are already cracks in the team, so will they survive this? Can they co-exist long enough to deal with these internal struggles?

I loved this issue, but I genuinely love every issue. We have the expected great writing matched up with Bernard’s amazing art. We don’t have as much action this month, which may put some off, but honestly the dialogue between characters is extremely important and will shape the future of the Teen Titans. There is some action, it’s actually formed as part of the brilliant cliffhanger. I wont spoil this for you, but it’s great and will genuinely be a joy to read the outcome!