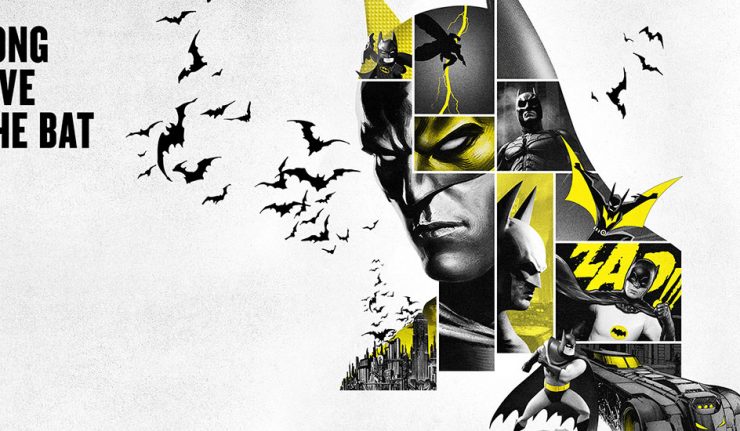 In case you’ve somehow missed the ongoing, yearlong celebration to commemorate 80 years of Batman, then I commend you for your skills, but also chastise you for not understanding how important this is. Batman debuted in Detective Comics #27 in March 19393, and DC, of course, have made sure that everyone is aware of it!

Yesterday, DC celebrated Batman’s birthday at WonderCon with some fantastic news. Aside from a wonderful panel of attendees including Jim Lee, Kevin Conroy, and David Mazouz, there was a huge announcement! San Diego Comic-Con is opening their own Character Hall of Fame and, because of Batman’s 80-year legacy, he will be the first inductee! Also, there was cake. Can’t forget the Bat-Cake!

BATMAN’S 80 YEAR LEGACY CELEBRATED WORLDWIDE
Batman Announced As Inaugural Inductee
In Comic-Con Museum’s Character Hall Of Fame
DC Rings In 80 Years Of Batman With Birthday Panel At WonderCon; DC Universe Stream Free Event; And Bat-Fan Social Celebration
Twitter Pitch: Fans and @DCComics celebrate #Batman80 today at @WonderCon. #Batman to be first-ever inductee into @ComicConMuseum Character Hall of Fame! #LongLiveTheBat #DCWonderCon
DC rang in 80 years of Batman today as fans around the world celebrated the pop culture icon. It was announced today that Batman hit a new milestone and will be the first inductee into the forthcoming Comic-Con Museum’s Character Hall of Fame. The news was delivered by Jim Lee, DC Chief Creative Officer and DC Publisher, at today’s “Happy Birthday Batman!” panel at WonderCon in Anaheim, CA.
Marking 80 years to the day since Batman made his first appearance on the pages of DETECTIVE COMICS #27 in 1939, the panel featured Lee, David Mazouz (Gotham), Kevin Conroy (Batman: The Animated Series), Lee Meriwether (Batman), Roger Craig Smith (Batman: Arkham Origins), and Grace Randolph (Beyond the Trailer). The panel brought together fans of all ages to celebrate the world’s most popular Super Hero and share a slice of Bat-cake.
Special highlights to the discussion included Conroy saying how the character is especially important to him because “Batman has no powers, but he doesn’t let tragedy overcome him.” Mazouz added “Batman turns tragedy into strength. He turns pain into something positive for everyone around him.” Meriwether also shared her heartfelt memories of working on set of the 1960s Batman film with Adam West.
The panel also exclusively broke details on Batman’s entrance into the Comic-Con Museum Character Hall of Fame. Paying tribute to the timeless characters that have shaped popular culture, the ceremony will honor Batman as the first-ever inductee. The inaugural ceremony will take place opening night of the 50th San Diego Comic-Con on July 17, 2019 at The Comic-Con Museum’s future venue, the Federal Building in San Diego’s Balboa Park. As part of a fundraising event and in celebration of Batman’s 80th Anniversary, the event will feature displays of authentic props and  memorabilia, and special appearances by artists, actors and other creative talents who have contributed to making Batman a global icon of popular culture. Tickets for the public will become available on June 3rd.  For more information visit ccmgathering.org
The panel also unveiled a spectacular Batman themed cake from Bluprint – a  digital lifestyle learning platform – elements included 3D flying bats, a Batmobile and Gotham City. It was designed and created by Bluprint’s cake artist Ashley Holt. The celebration concluded with a photo to commemorate the moment, featuring the all-star Batman panelists, Bat-fan cosplayers and a cake fit for a pop culture icon!
Plus, #LongLiveTheBat also trended online with fans across the globe wishing a happy birthday to the caped crusader, alongside the stars of Gotham, Pennyworth, Supergirl and Krypton.

Batman fans also celebrated today with a special DC UNIVERSE stream free event. For today only DC UNIVERSE opened its digital doors for a day of free Batman live action and animated films, TV series and comics. From Frank Miller’s landmark BATMAN: YEAR ONE to Tim Burton’s 1989 blockbuster to the epic Batman: The Animated Series, users are able to binge hundreds of the greatest superhero stories of all time. And, if 24 hours of Batman binge-watching is not enough, the first month of DC UNIVERSE will cost only $0.80 cents for new members who sign up between March 29, 2019, 12:01 EST and April 4, 2019 11:59pm EST.
For the eight decades since Gotham City millionaire socialite Bruce Wayne donned the cape and cowl, Batman has served as a symbol of determination, bravery and justice to generations of fans across comic books, movies, television, video games and more. DC will honor #LongLiveTheBat throughout 2019 from now until Batman Day on September 21.
Conceived by artist Bob Kane with writer Bill Finger, Batman is humanity’s timeless hero. And he’s just getting started. More details on the global celebration will be released in the coming months.
Fans can join in on social media using the hashtag #Batman80 and #LongLiveTheBat. Visit www.Batman80.com for the latest news and updates.

I wanted to see that cake, so I’m sure that you do as well. Check out the photos below: 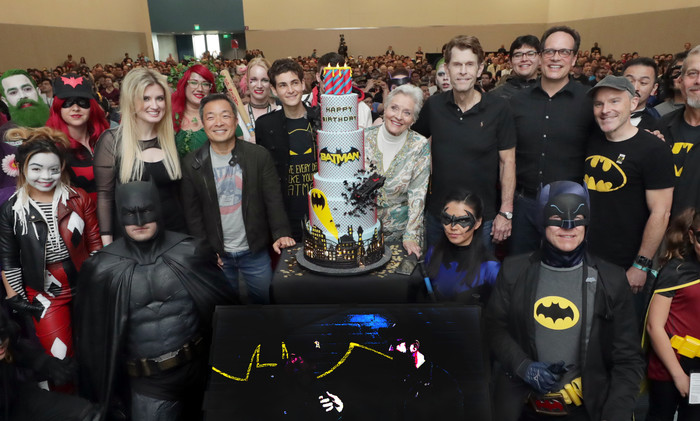 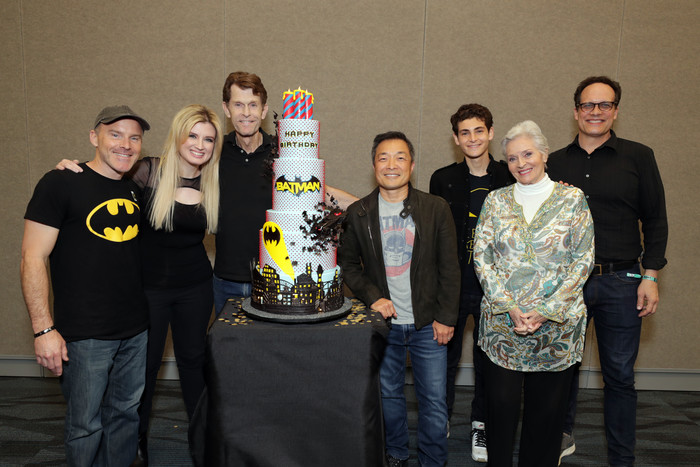 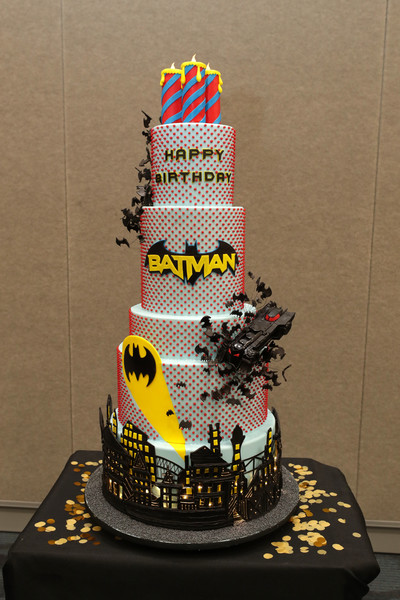 A cake too beautiful to eat. What a panel! To have so many great people who’ve played the Bat in one room, it must have been akin to a religious experience. However, I’m certain DC is NOT done yet. The induction ceremony is probably going to blow this event out of the water! Be sure to grab your tickets on June 3rd.

Also, if you’ve been a bit hesitant to actually become a DC Universe member, now’s the time to sign up! Trust me, you’re missing out on some great content in there.

Happy Birthday, Batman! May your legacy continue to endure! #LongLivetheBat