“The Sixth Dimension”  – Part One 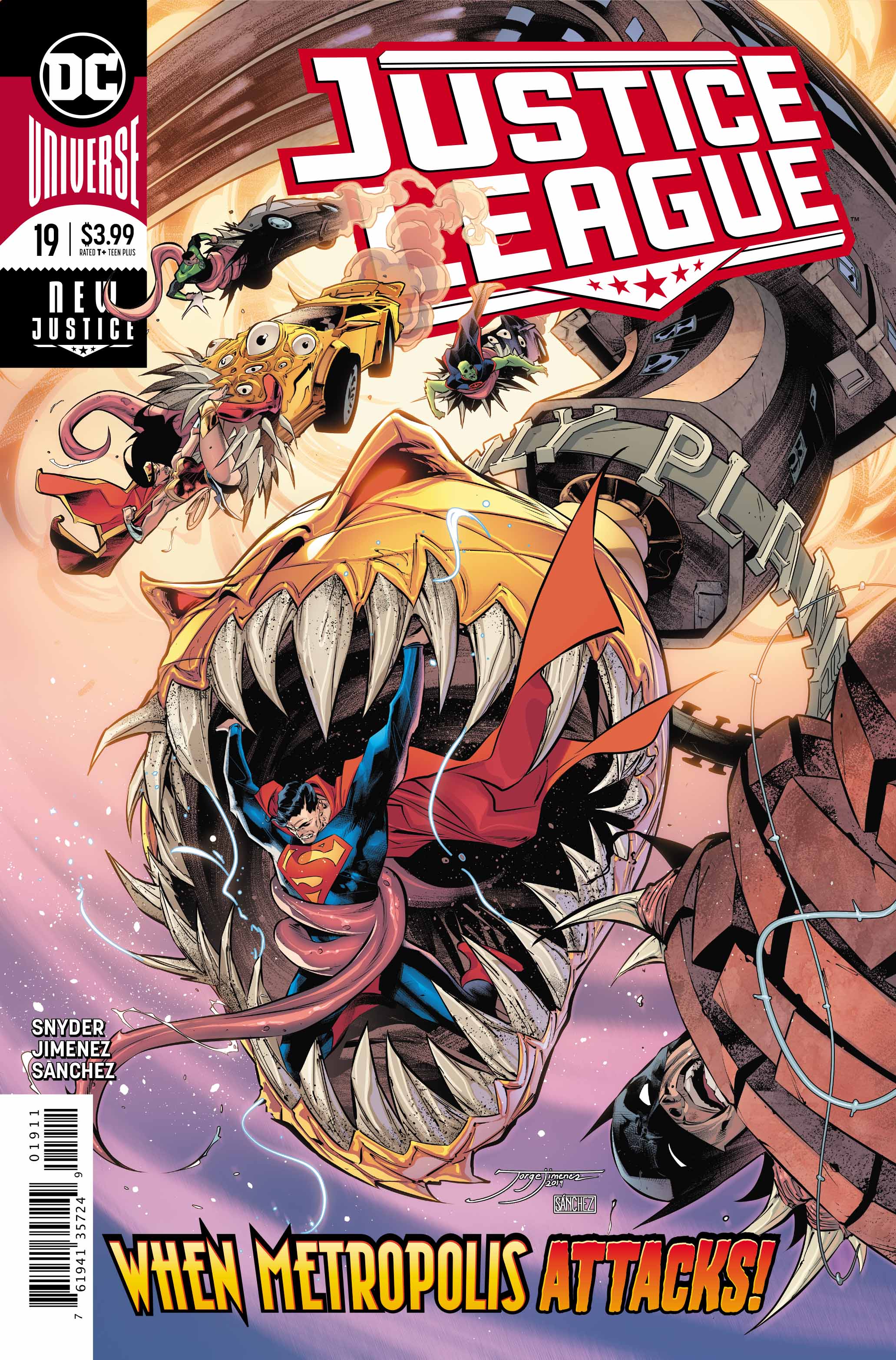 Prepare for a mind-bending lesson in theoretical physics from a magical fifth Dimensional Imp, as Mr. Mxyzptlk schools the League in this week’s Justice League #19.

The multiverse is slowly dying due to a hole in the source wall. The Legion of Doom has captured an ancient comatose god named Perpetua and the Justice League has lost its one advantage: a piece of the Totality. Needless to say – things aren’t looking too great for our heroes.

Nevertheless, there’s still hope. Hawkgirl’s wings were marked with arcane symbols during her time in the totality. These symbols potentially hold the key to healing the multiverse. Out of desperation, Superman and company turn to Mr. Mxyzptlk for help deciphering this pattern, which happens to be a map of the sixth dimension.

Therefore, upon his arrival, Mxyzptlk explains that the sixth dimension is a cosmic control room for the multiverse, where the multiverse was designed and set in motion. Only four beings have been able to exist there: the Monitor, the Anti-Monitor, the World Forger and Perpetua. In short – it’s a really important place in the multiverse which humans cannot easily traverse. This, of course, means that the Justice League wants to buy a one-way ticket there.

The issue’s conclusion ends on a fun cliffhanger that will leave the reader scratching their head, hinting at the undoubtedly fun shenanigans to come.

Although this volume of Justice League has showcased a massive collaboration amongst various artists and writers, it has yet to deliver an artist turned writer… until now.  While Scott Snyder scripted Justice League #19, Jorge Jimenez plotted the book. It’s unclear just how much influence Jimenez had in crafting the story of this issue; nevertheless, the plot of Justice League #19 had well-executed exposition. 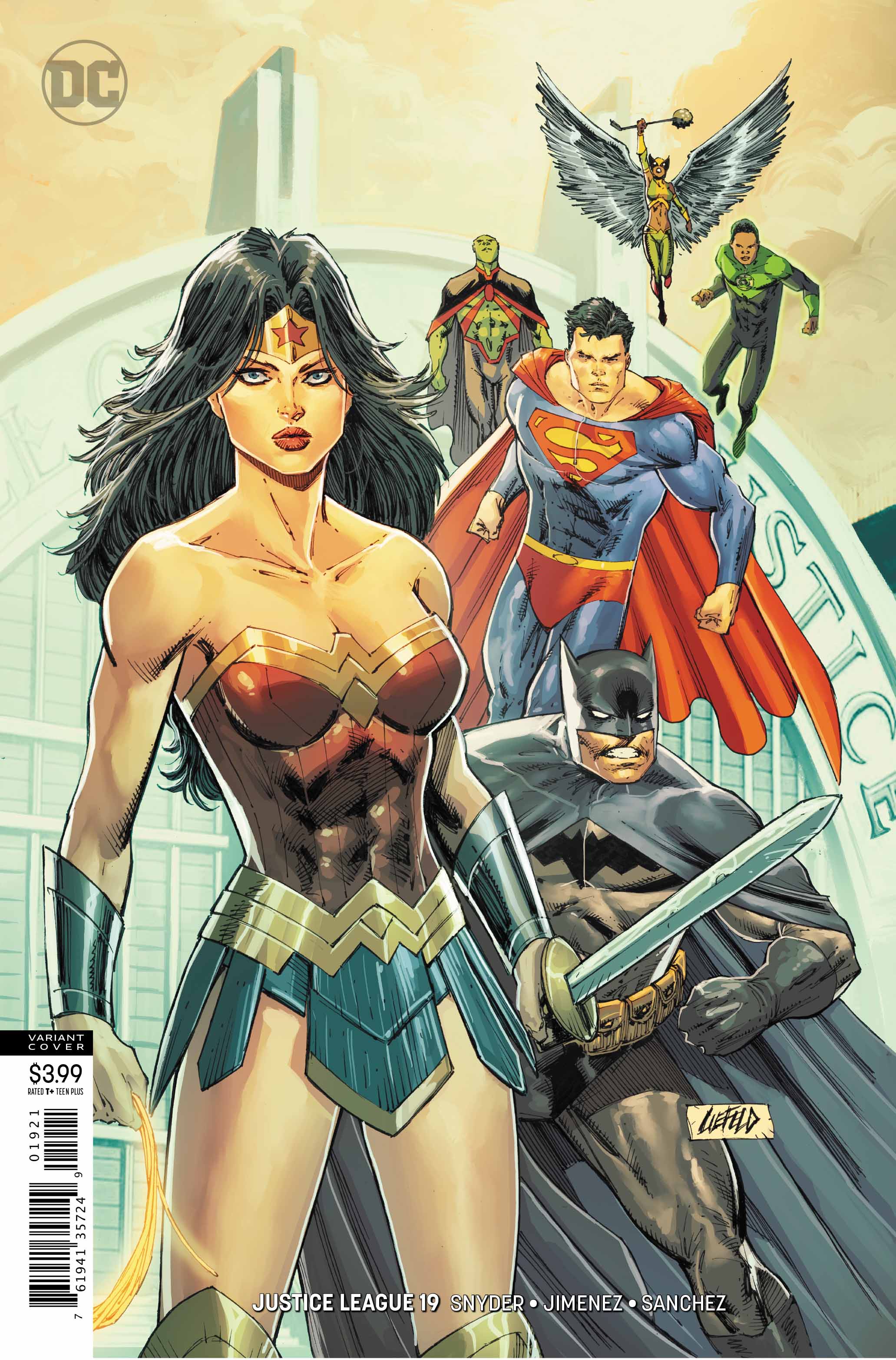 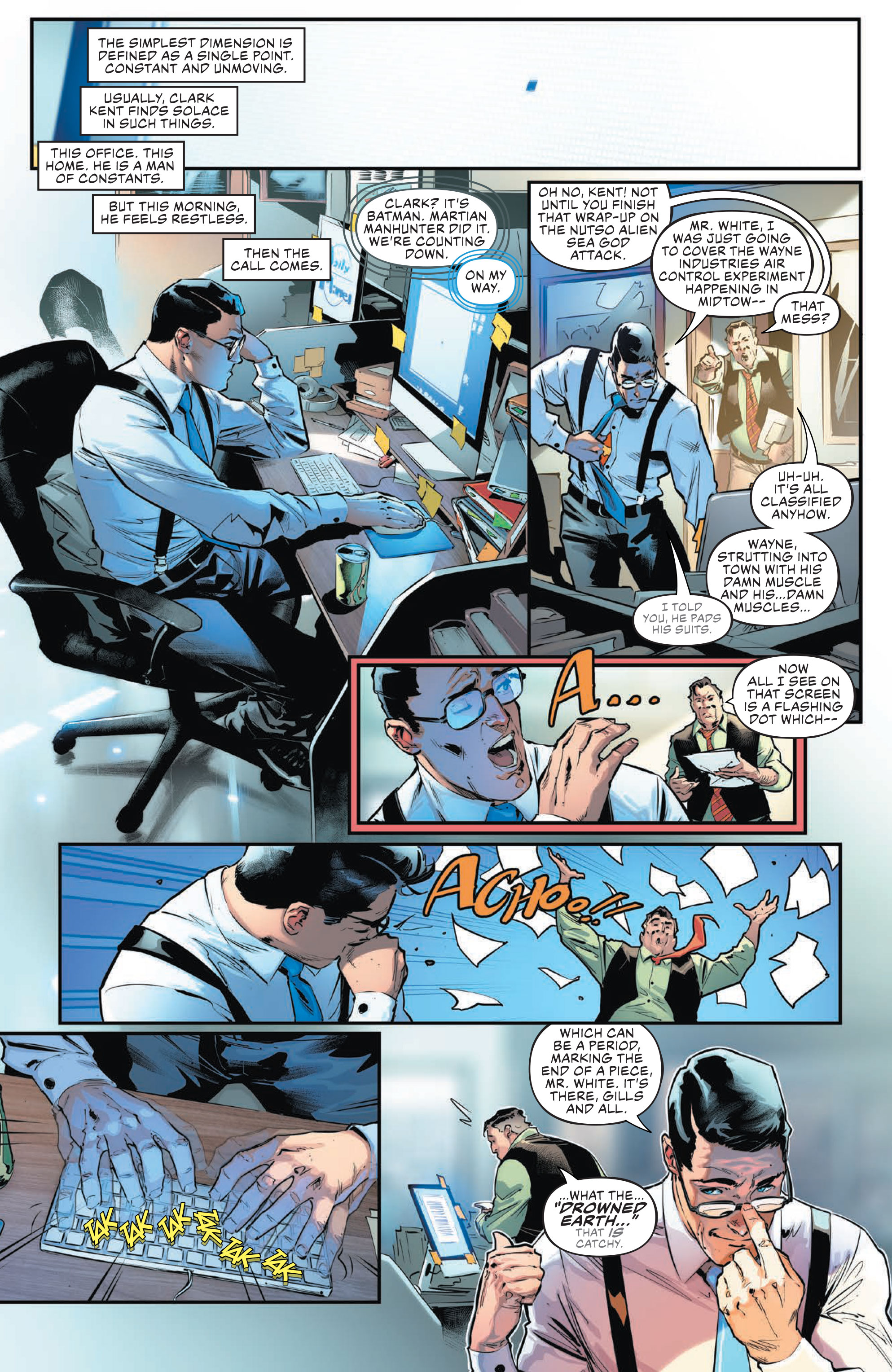 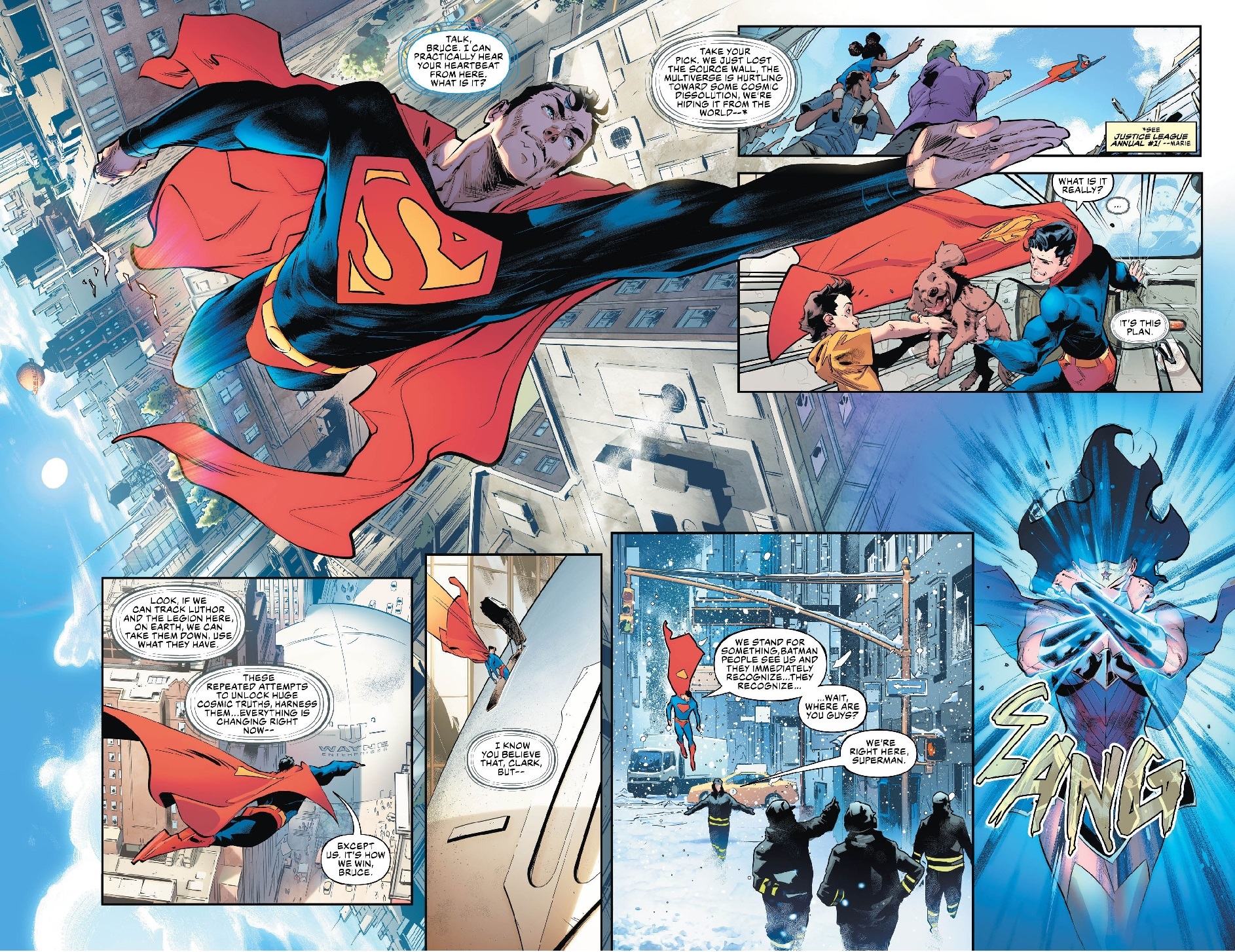 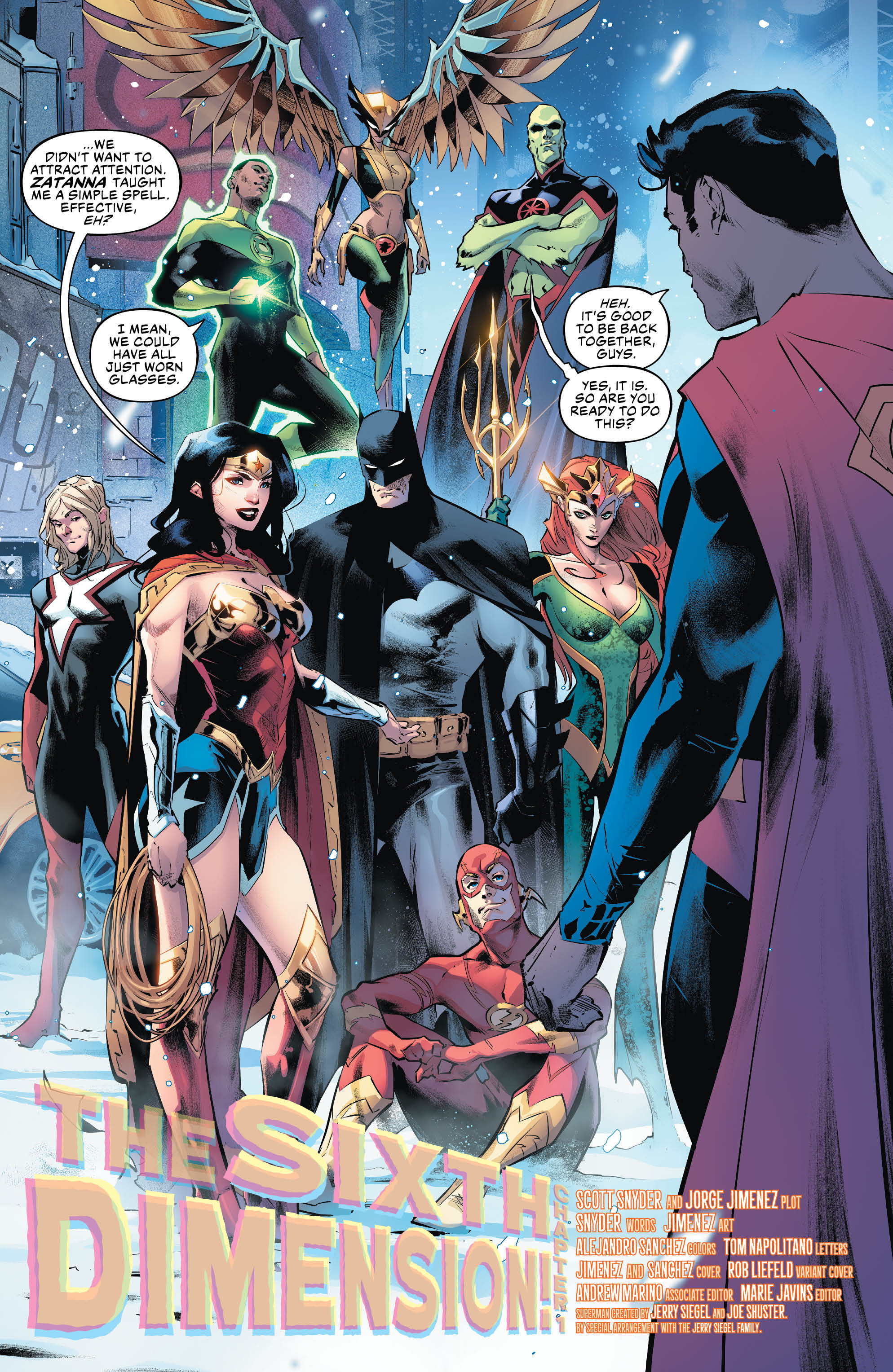 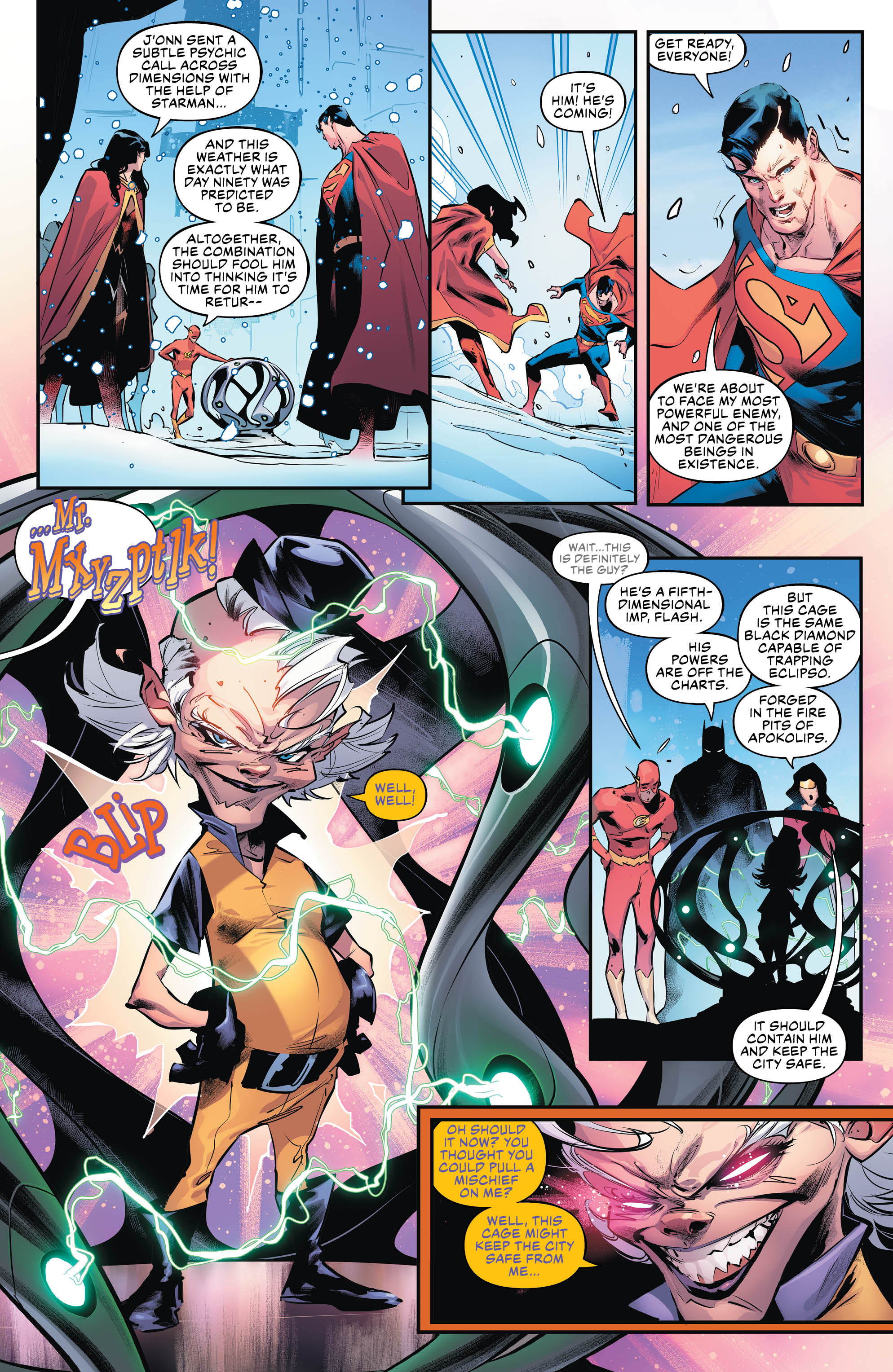 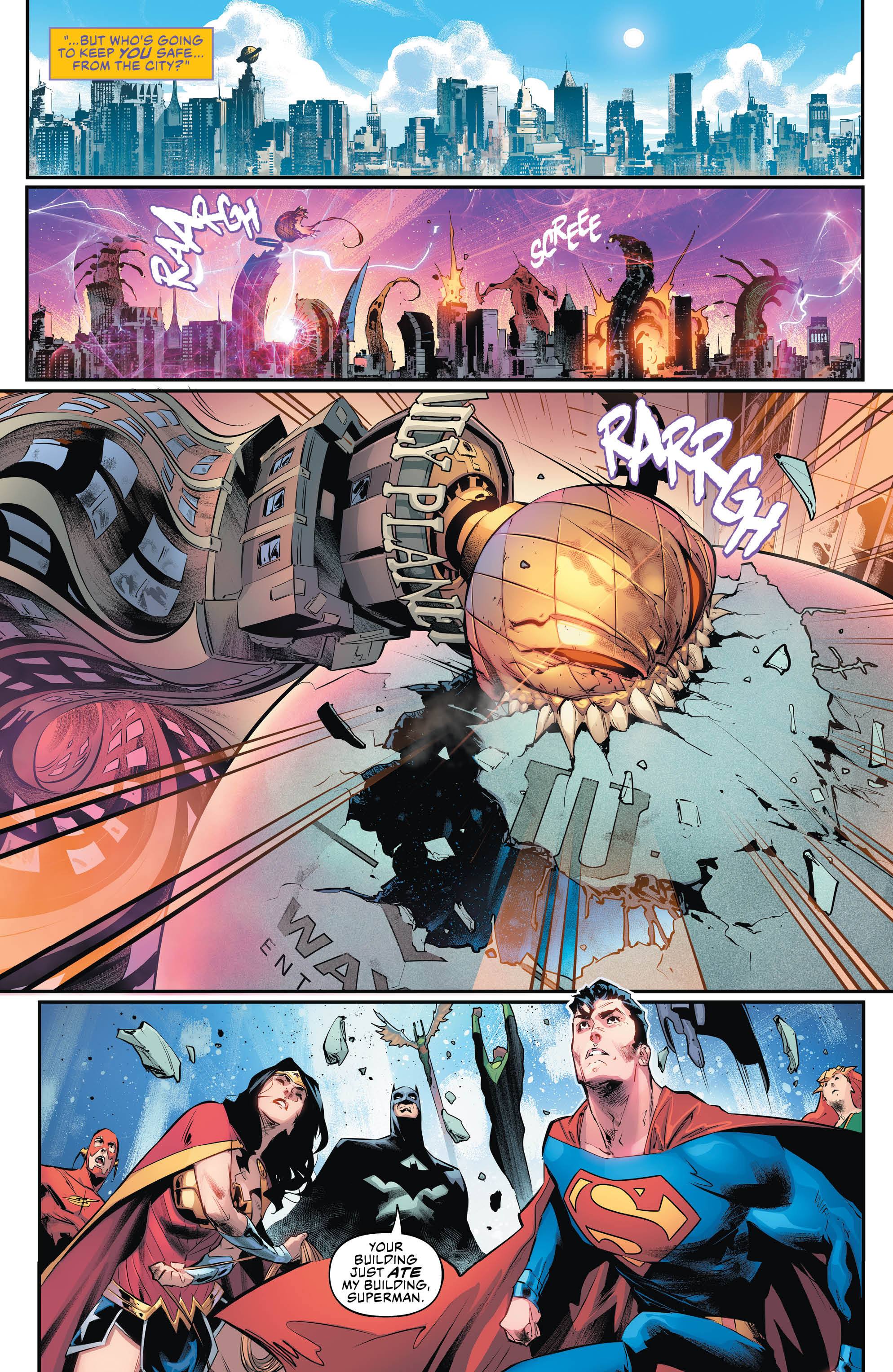 Jimenez not only has writing credits for this issue but also artist credits. His work is distinct, bearing little resemblance to DC’s Jim Lee inspired “House style”. Generally, his pencils are kinetic and actions are highlighted by dramatic and stunning panel composition.

Justice League #19 is a brilliant issue that sets the stage for what will surely be a banana-nut-muffin crazy arc. They Snyder/Jimenez team up creates an interesting dynamic, allowing Jimenez more control over the storytelling process as he pens and pencils each issue. If the rest of the “The Sixth Dimension” arc continues at the level of quality, it’s going to be a fun ride. Verdict: give it a read.