“The Price of Vengeance” 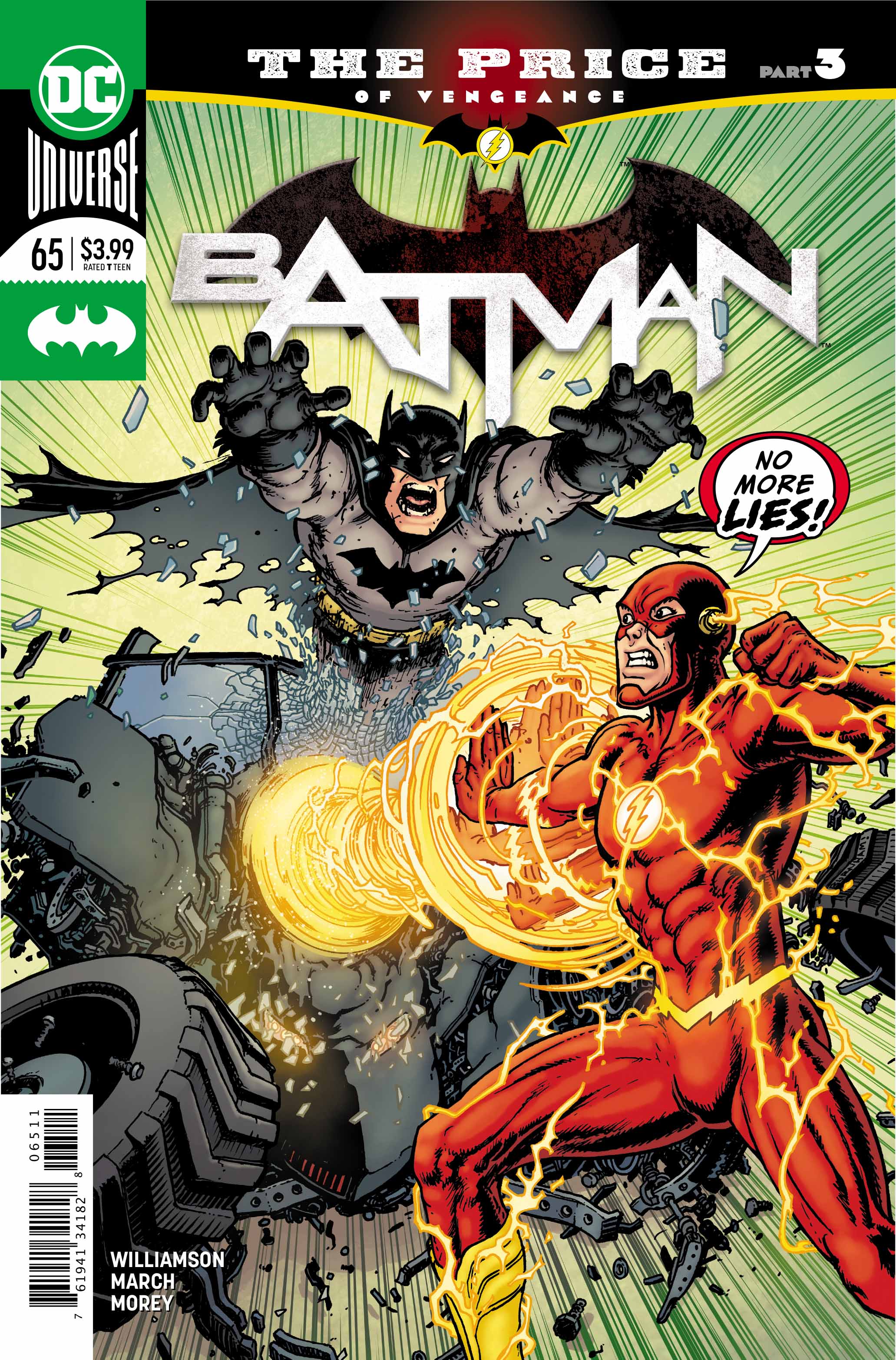 Batman and the Flash are closing in on Gotham Girl as she continues to escalate the carnage.

Writer Joshua Williamson does excellent character work and is great at writing inter-play between the two starring characters. Batman and the Flash are both interesting in their own ways; Bats is hiding his secrets, whereas Flash is fed up with him. The writer dramatizes it all so well, using the fallout of Wally West’s demise as the emotional backdrop. Williamson was also smart to thematically tie the idea of Gotham and Gotham Girl’s creation into Heroes in Crisis’ Sanctuary. It is a subtle, almost thematic Heroes in Crisis tie-in.

He also smartly plays up the dynamics between the Flash and Gotham Girl. Both have suffered significant losses, but there is a difference of being a hero versus acting like a hero. Williamson uses the characters to reflect the story’s themes.

Artist Guillem March also elevates the tale, with his ridiculously dynamic art. His slightly sketchy style and distorted perspectives give the book so much energy. It’s a perfect compliment for action scenes, especially featuring the Flash. March also depicts Gotham Girl’s  descent into madness well. Guillem has been accused of drawing sexually provocative art, however, his Gotham Girl does not look exploitative. She looks appropriately deranged and creepy, when the story calls for it. 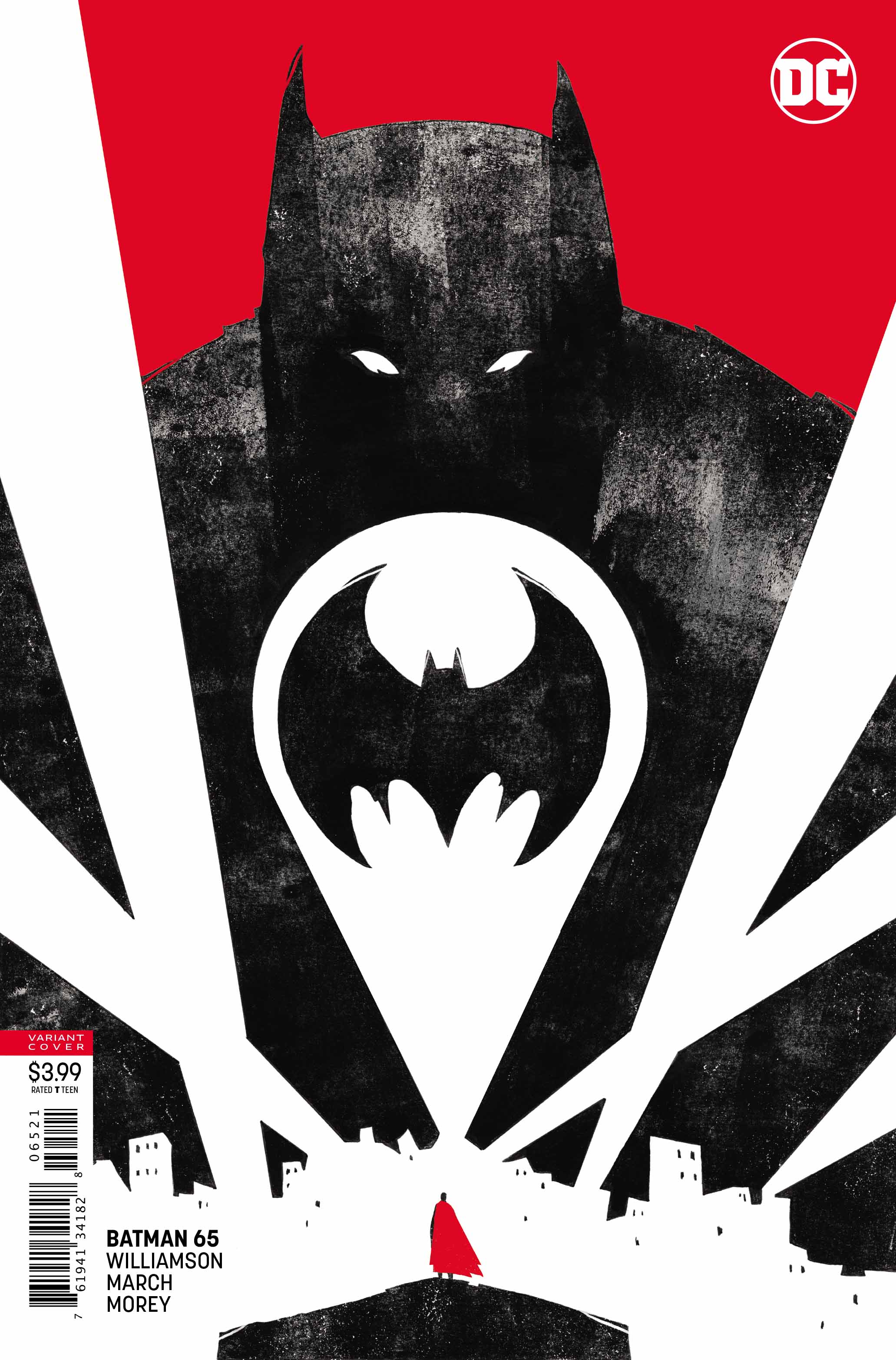 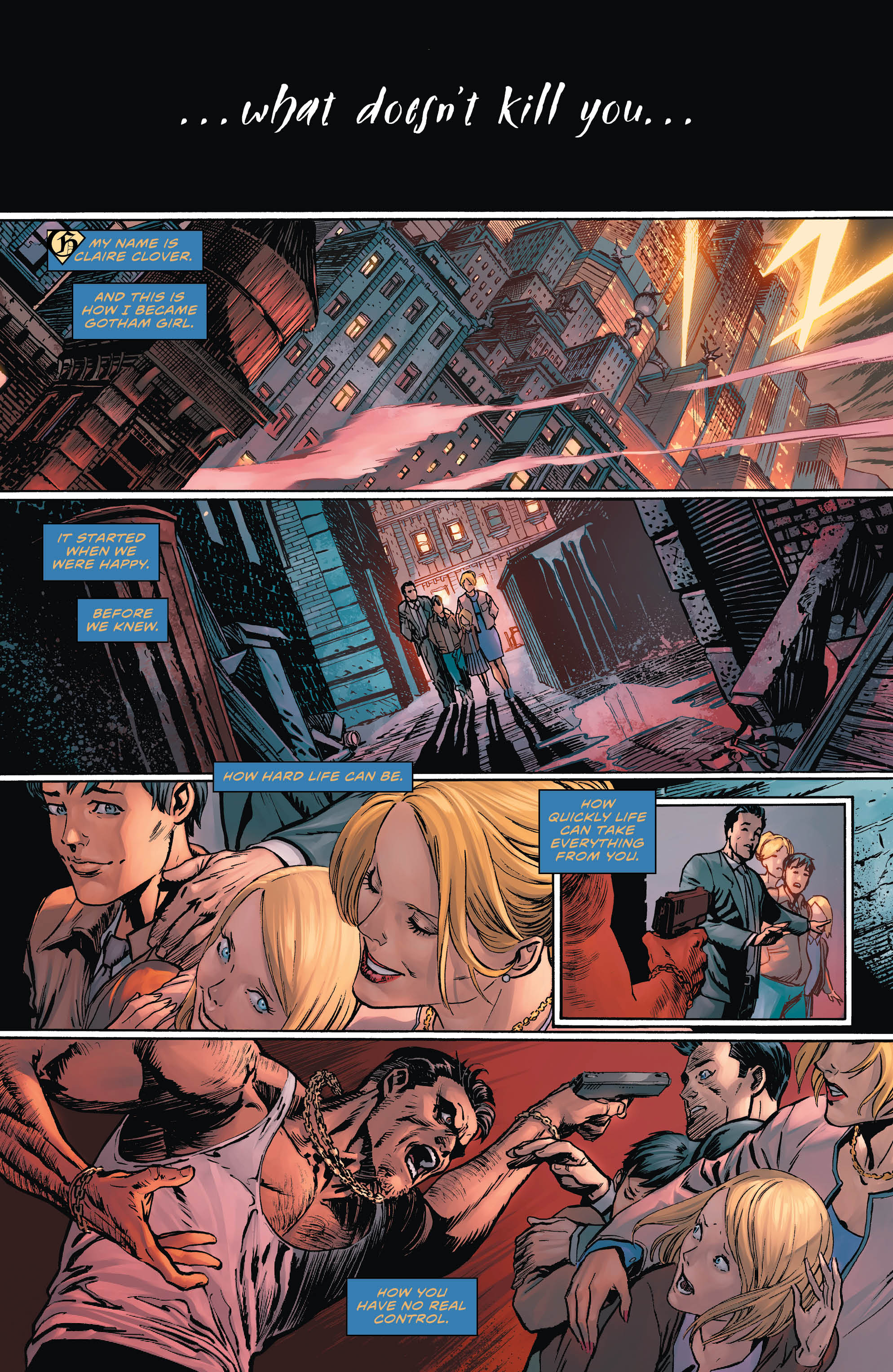 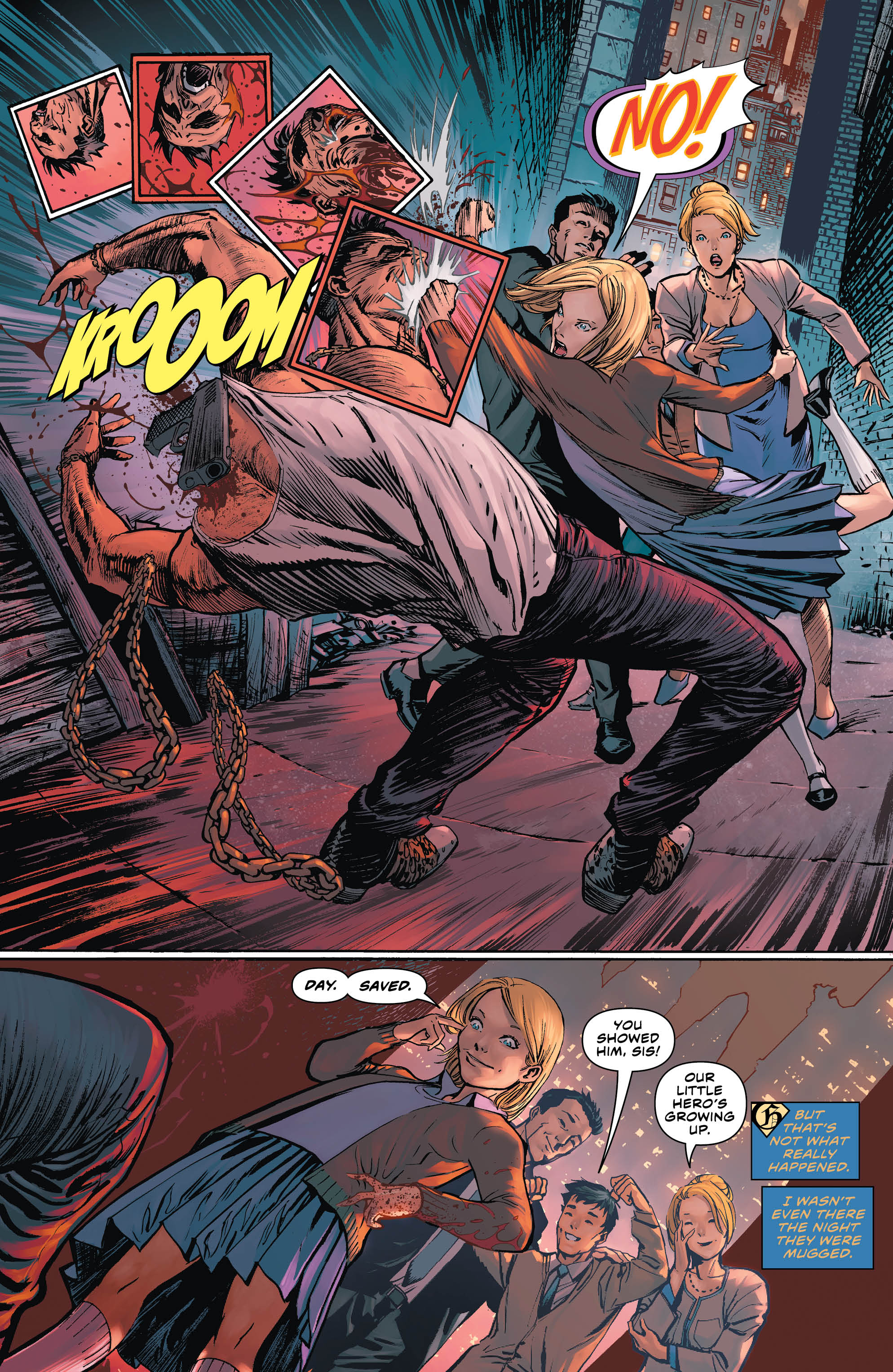 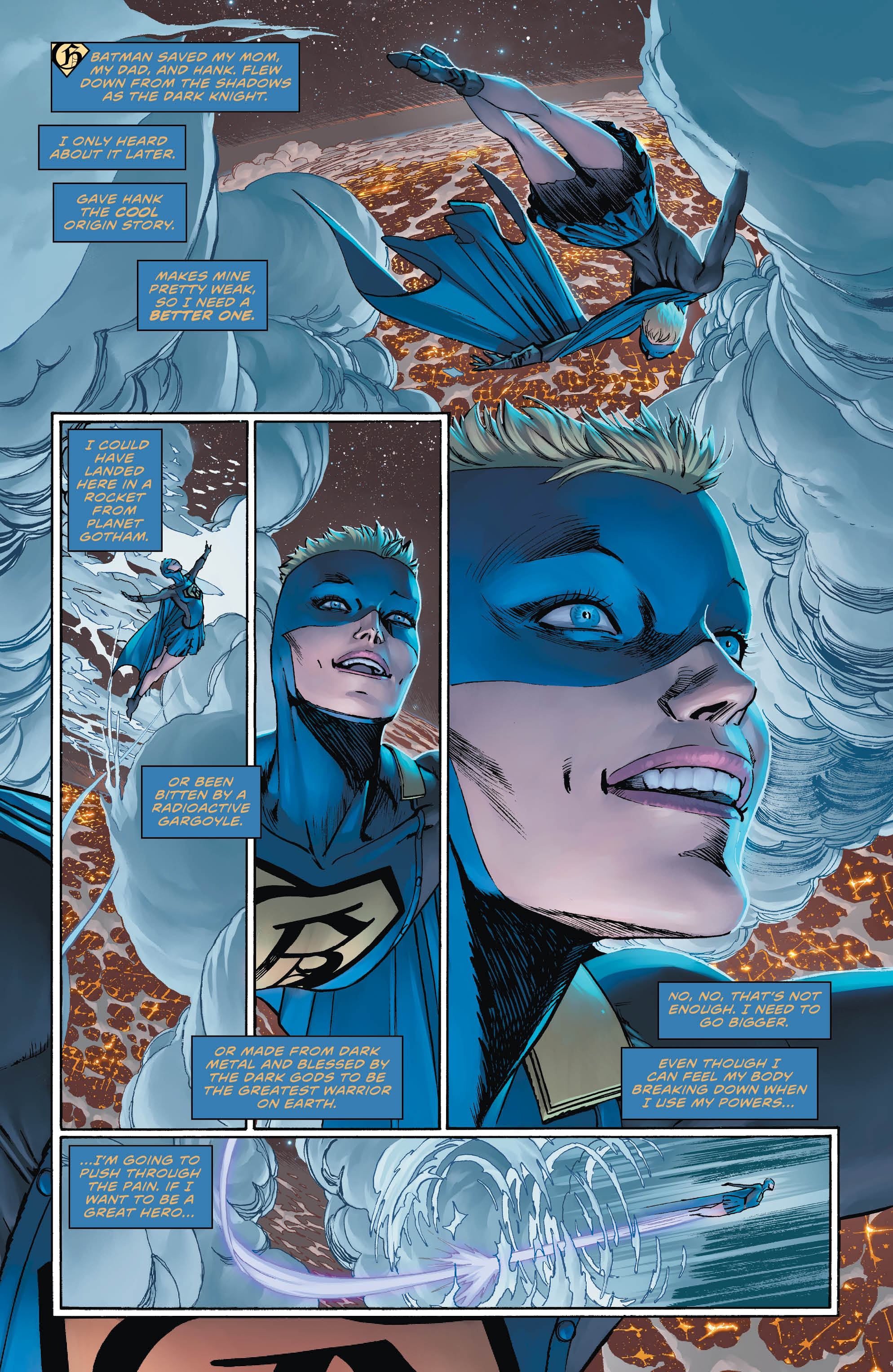 Despite good stuff in the comic, the script unfortunately suffers from a surprisingly uneven depiction of Gotham Girl. Her motivations are still murky and ever-changing. Does she want revenge against Batman? Why is she so anti-Flash? Does she want to revive her dead brother? Does she want to be a hero? There’s a scene where she attacks a Flash supporting character, but we don’t know why. The plot points could be related, but everything feel so disjointed, it almost feels disconnected.

There is also the weird scene where Batman and Flash basically kill the zombified Gotham copycats. Batman claims that the copycats are “Not alive” yet, he also refers to them as people with feelings later on.  So it feels like that Flash and Batman killed villains with little remorse.

Williamson churns out a fun, but ultimately uneven chapter in “The Price” crossover. Hopefully, he can wrap things in a satisfying manner in the next issue.