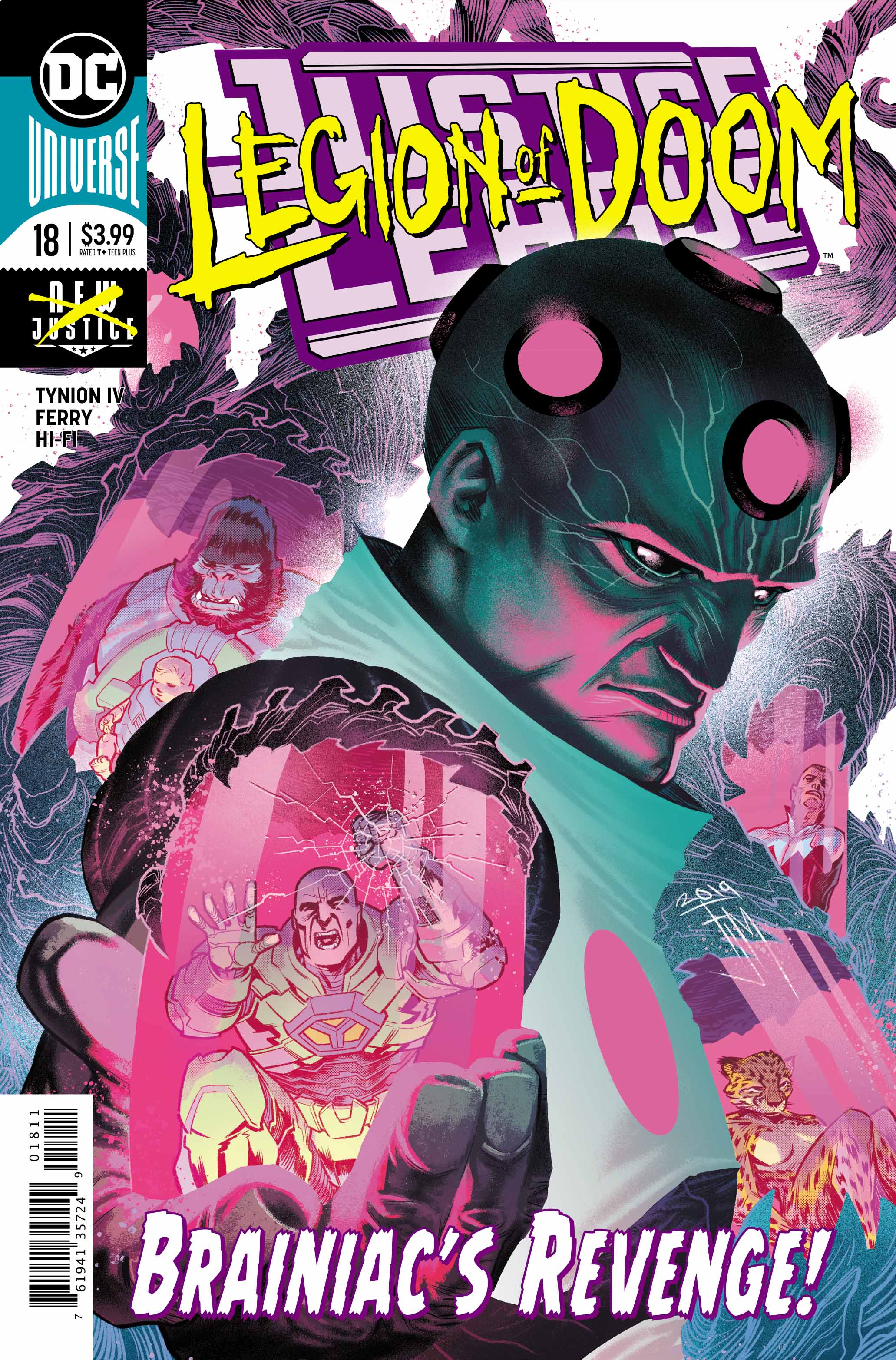 Things get mental in this week’s Justice League #18, as Brainiac gets the opportunity to traverse Lex Luthor’s mental landscape.

After summoning the body of Perpetua in Justice League Annual #1, the Legion of Doom must now figure out a way to access her consciousness. Working with the newly resurrected Brainiac – who joined the Legion in Justice League #13 – Luthor attempts to wake Perpetua from her slumber by melding minds with Brainiac. What ensues is a trip down memory lane, revealing the history between Vandal Savage, Lionel Luthor, and the Totality.

The majority of the issue is told as a flashback; the mental ghosts of Luthor and Brainiac watch the unfolding narrative. Luthor serves as a narrator during this vision, explaining his family’s connection to the Totality.  During this flashback, Tynion does a good job filling in the blanks. He weaves an elaborate tale connecting some of the plot points established in earlier issues. However, despite Tynion’s valiant efforts, Justice League #18 drags at times. The issue suffers in that it’s the second issue in a row that is predominately backstory. In short – it’s a bit of a drudge. 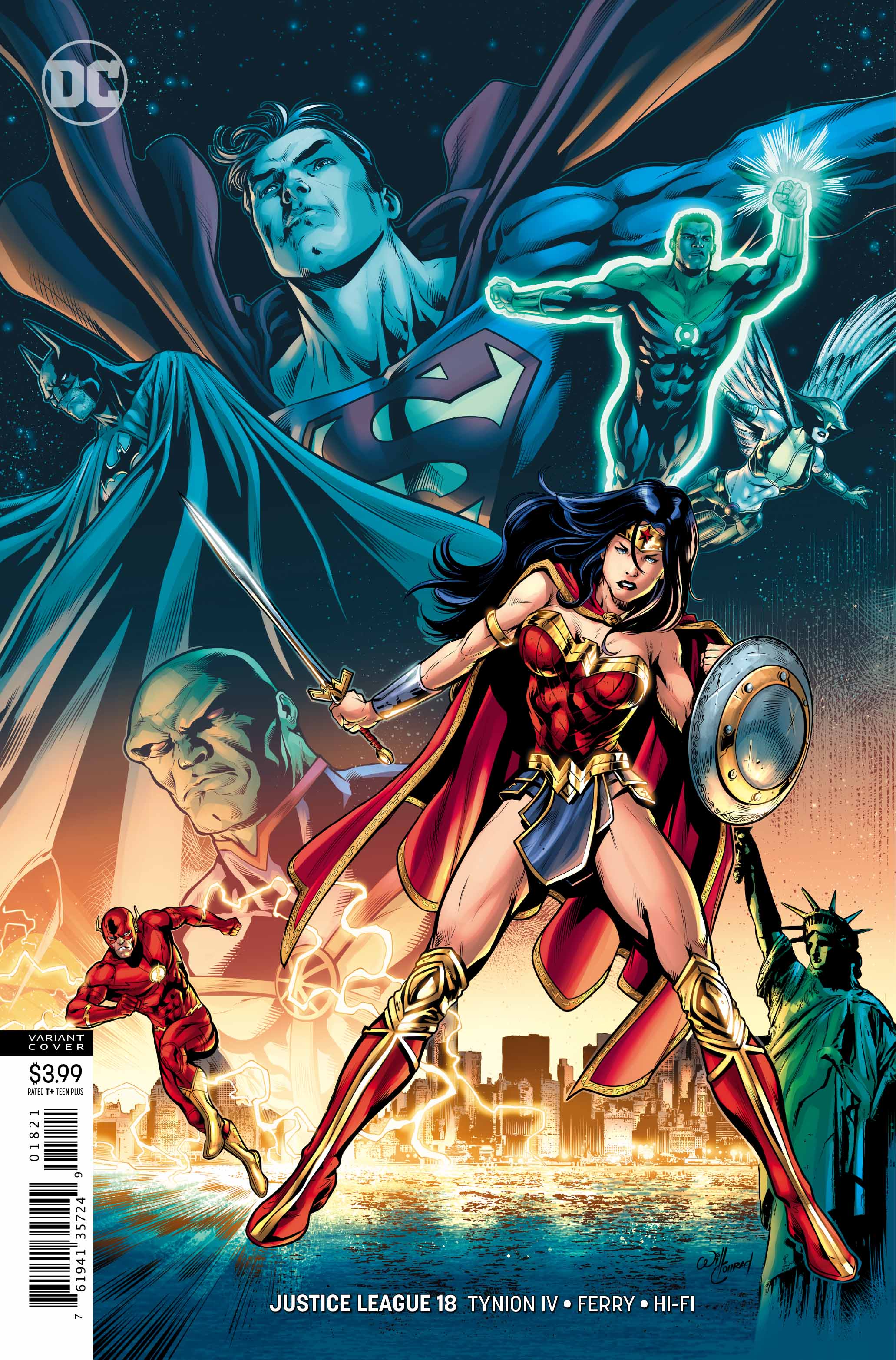 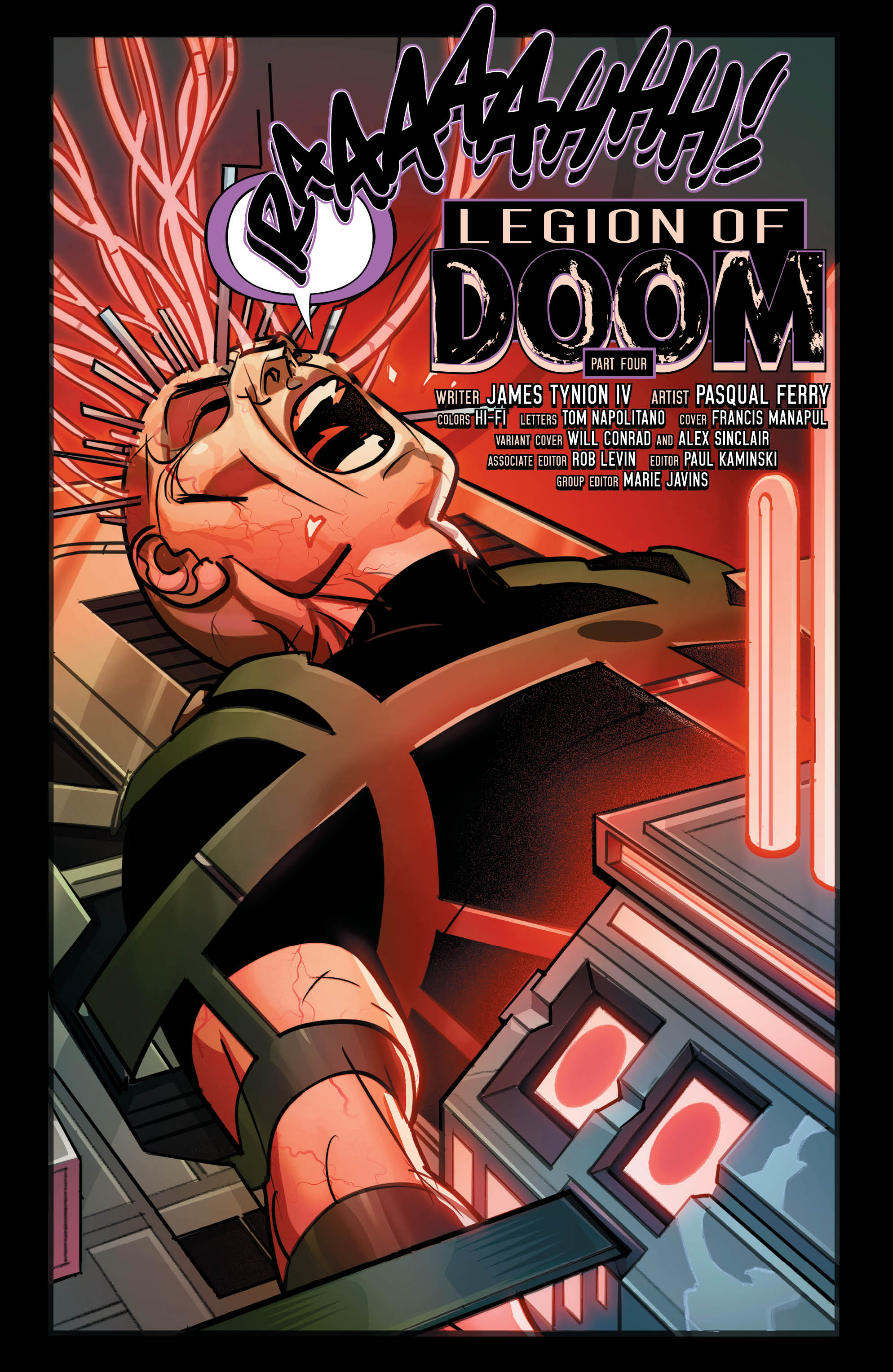 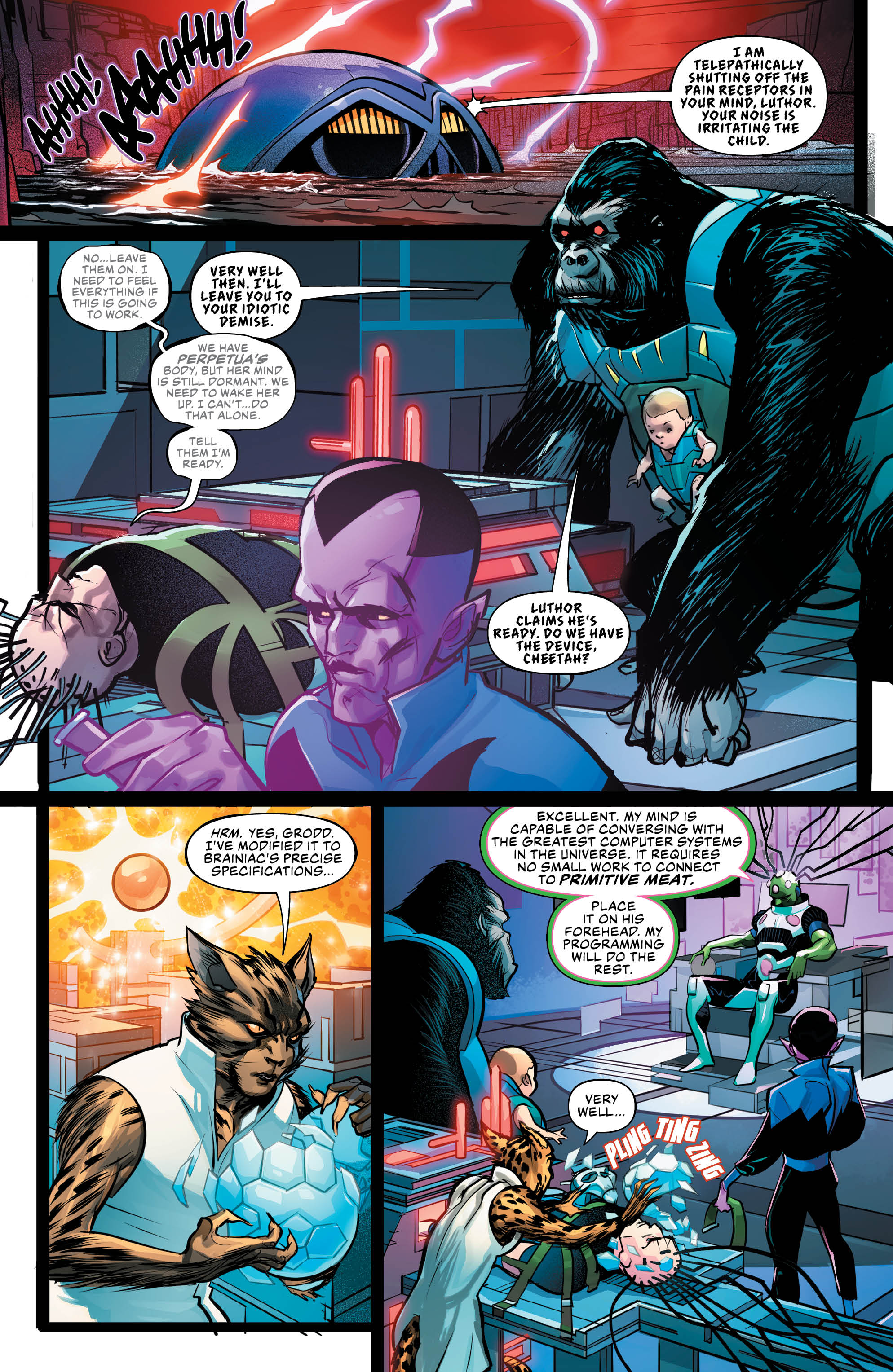 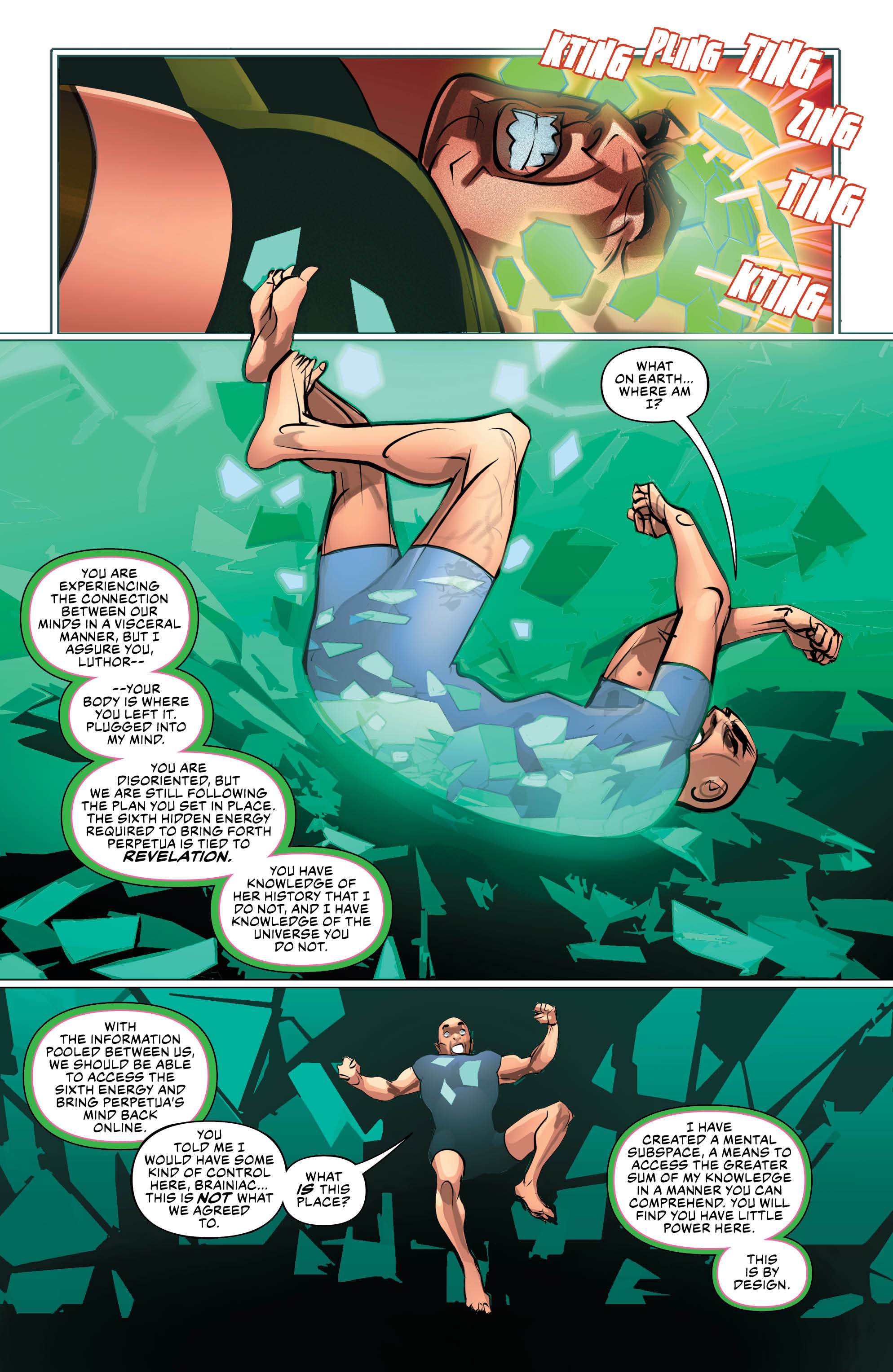 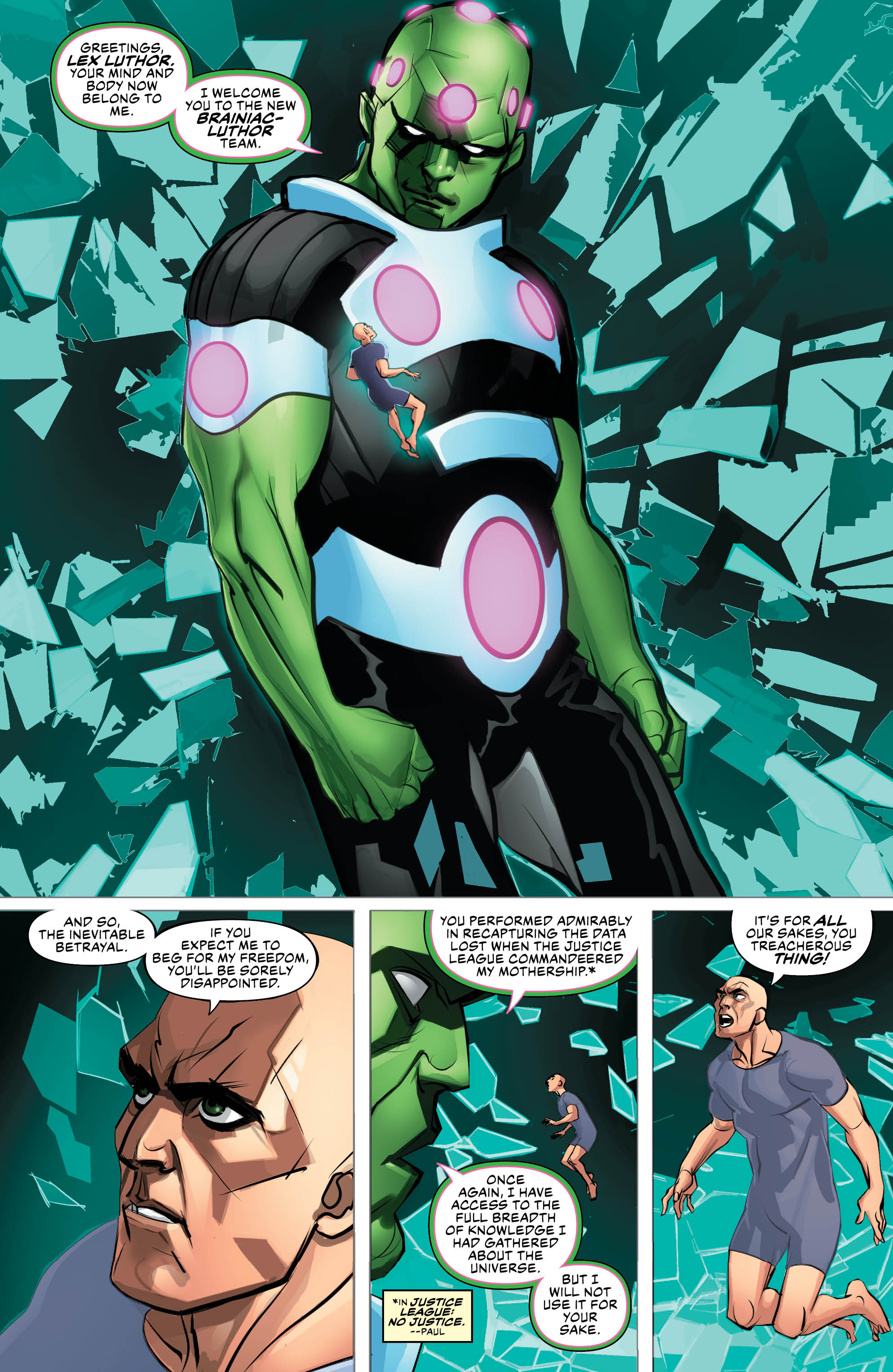 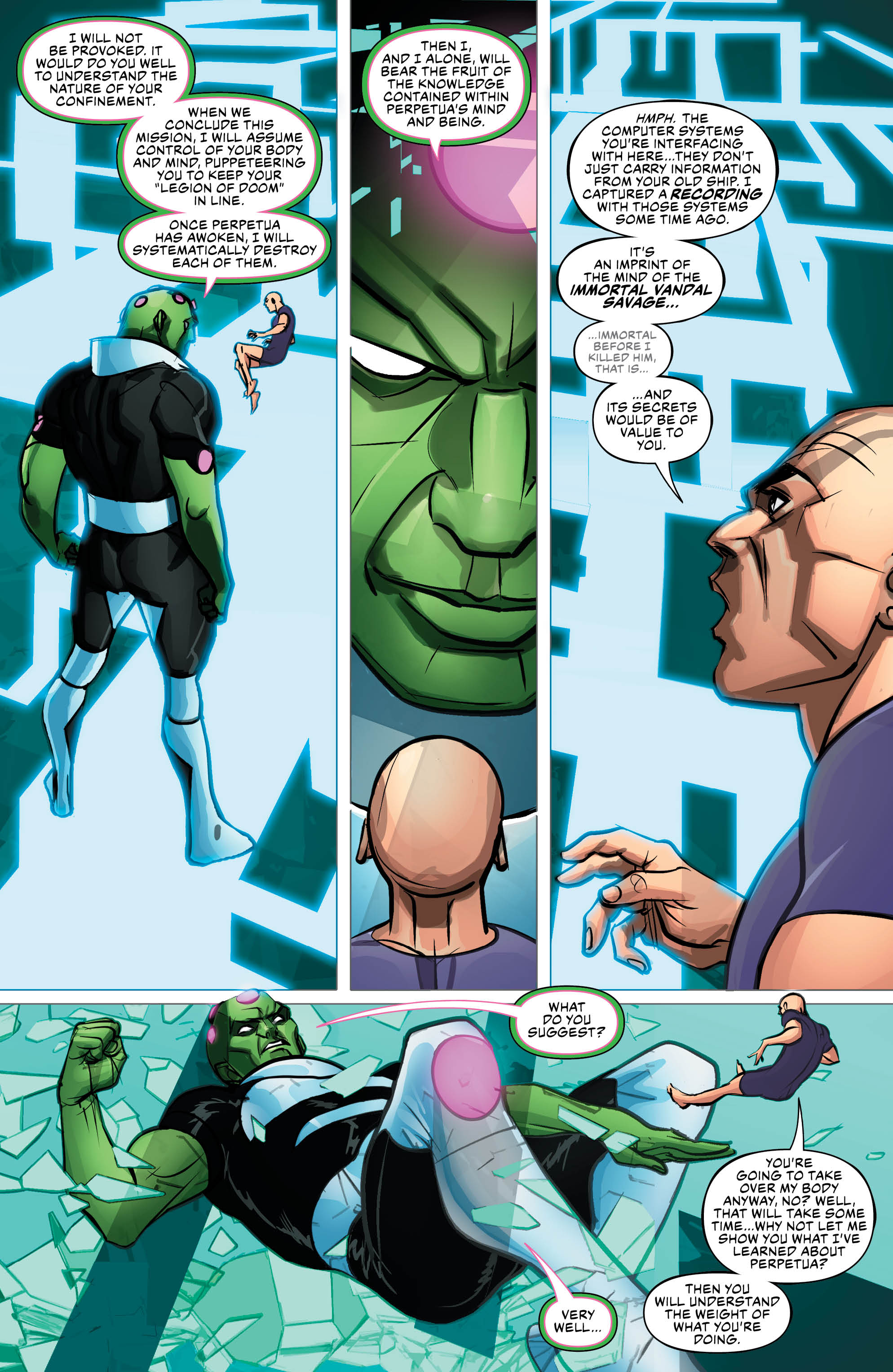 The Return of Ferry

Justice League #18 marks the return of Pasqual Ferry to DC. Ferry’s last DC project was drawing the Mr. Miracle issues of Seven Soldiers of Victory, back in 2006. Nevertheless, he’s brought his “A” game for Justice League #18. The issue is absolutely gorgeous. Ferry brings a delightful cartoonish sensibility to the title, similar to Howard Porter’s work during the “Drowned Earth” cross over. Coupled with HI-FI studio’s colors, the art visually pops in a way that is unique, when compared to recent issues.

Justice League #18 is good, but it isn’t great. Although the issue provides some insightful context, it seems like Tynion is stalling, biding his time until the next arc begins. The last few “Legion of Doom” issues have been fairly good at striking a balance between plot and context; unfortunately, this issue leans too far in one direction. Luckily, the art makes up for some of the issue’s shortcomings, as Ferry’s pencils are fun and engaging. Certainly, this issue will become more important as the series continues, but for now – it just seemed a bit dull.