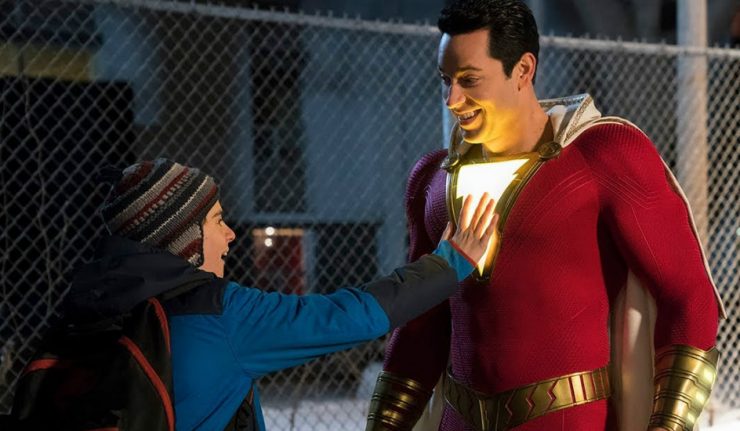 With the state of the DCEU in a constant flux after each movie, and Shazam! next to hit theatres, there is obviously some doubt moving forward in some fans minds (even if some of that doubt is put to rest by Aquaman dominating the global box office).

In a recent set visit, ComicBook.com got the chance to talk to Shazam! director David F. Sandberg about the film and its connection to Justice League. Specifically, whether or not the, shall we say, lackluster reception to the film impacted any choices made while moving forward with his own film.

It’s such a separate film that I don’t think it changed anything really. It’s very different from Justice League. It’s still the same universe and thing but it just has a very different tone.

This is a very similar outlook as Aquaman director James Wan, and we are all experiencing how much of a success that was. One of the biggest criticisms of both DC and Marvel films, as well as other films in their own cinematic universes (we’re looking at you, Dark Universe) is that they always prioritise serving the universe before the main story. Hearing that Aquaman would be its own film was a breath of fresh air, and it seems as though Shazam! is following suit.

Shazam! star Zachary Levi has commented previously on the fact that this film is very “self-aware” with its references to the DCEU, stating:

I would argue that we’re kind of the most self-aware of it because the movies that we all watch — I mean, Aquaman and Wonder Woman, Batman, Superman — they’re all basically documentaries in their world. These things, these are all real events that have happened. Batman and Superman fighting, Superman saving all of Metropolis, whilst simultaneously destroying the entire city — that all really happened.

Are you looking forward to catching Shazam! in theatres later this year? Let us know down below with a comment!

Shazam! opens in theaters on April 5th. Following that, we have Birds of Prey (and the Fantabulous Emancipation of One Harley Quinn) on February 7, 2020, and Wonder Woman 1984 on June 5, 2020.