“Escape From Hawkworld” – Part One 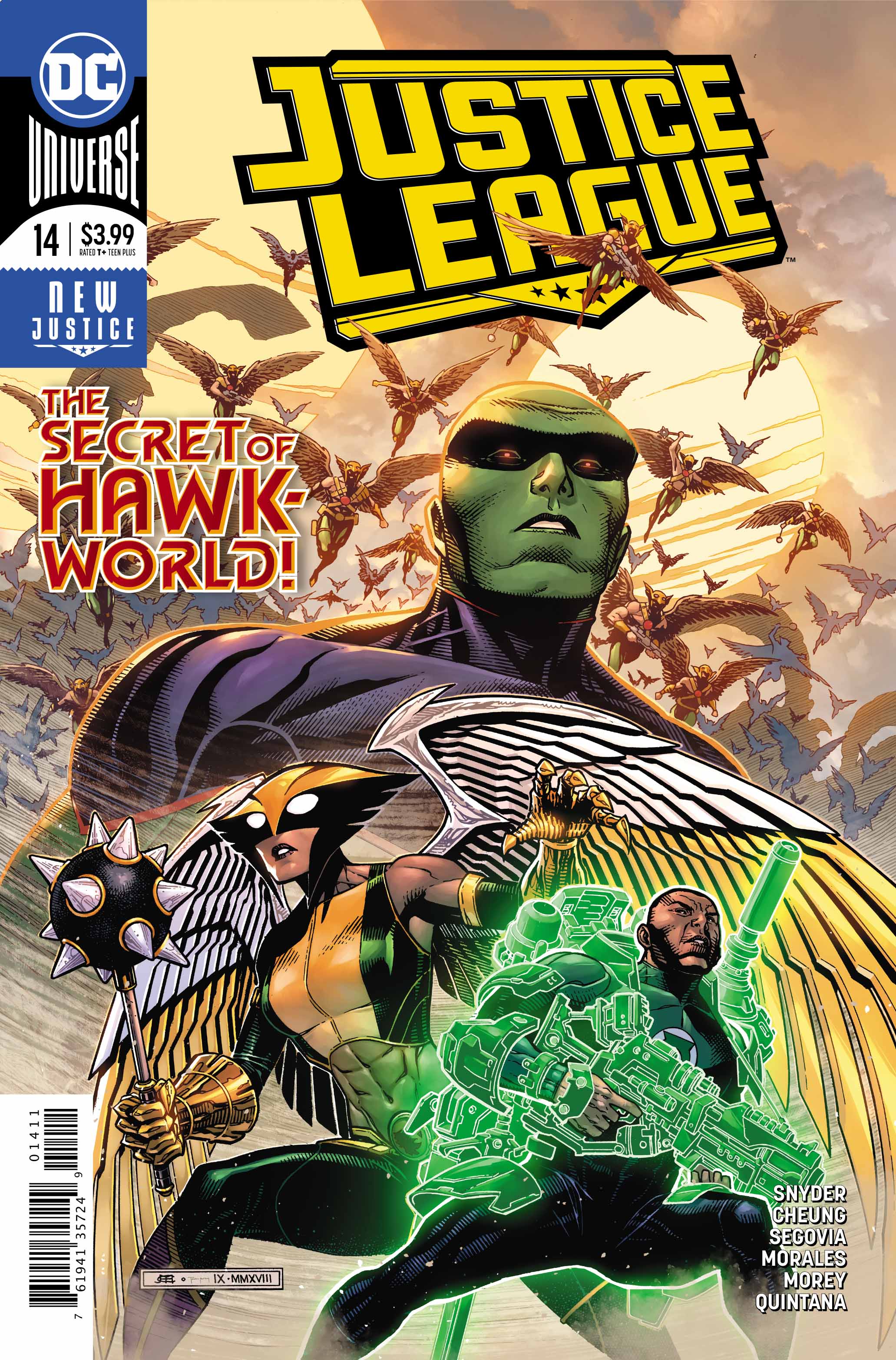 Thanagar holds many secrets in this week’s Justice League #14. Absent during the events of “Drowned Earth”, Hawkgirl, Martian Manhunter and John Stewart return, as the team searches Thanagar for answers concerning “The totality.”

Having had a vision about the time he spent inside “The totality”, Martian Manhunter is on a quest to consult the Martian Keep – a green Martian who serves as a repository for the entire history of Mars. Apparently, the Keep resides on Thanagar.

As a complete aside, Justice League #14 is book-ended with the Trinity dealing with Starman, who first appeared randomly out of a portal back in Justice League #7. Before going into a coma, Starman stated that he held the answers to League’s questions, but in order to learn the answers, the Trinity must die. Fast forward to this issue, which opens with Batman trying to use Jarro (the mini-Starro they League keeps as a pet of sorts) to hack Starman’s brain. By the end of the issue Starman’s body begins to overload with energy. The issue ends with Superman declaring that the Trinity needs to evacuate the city. 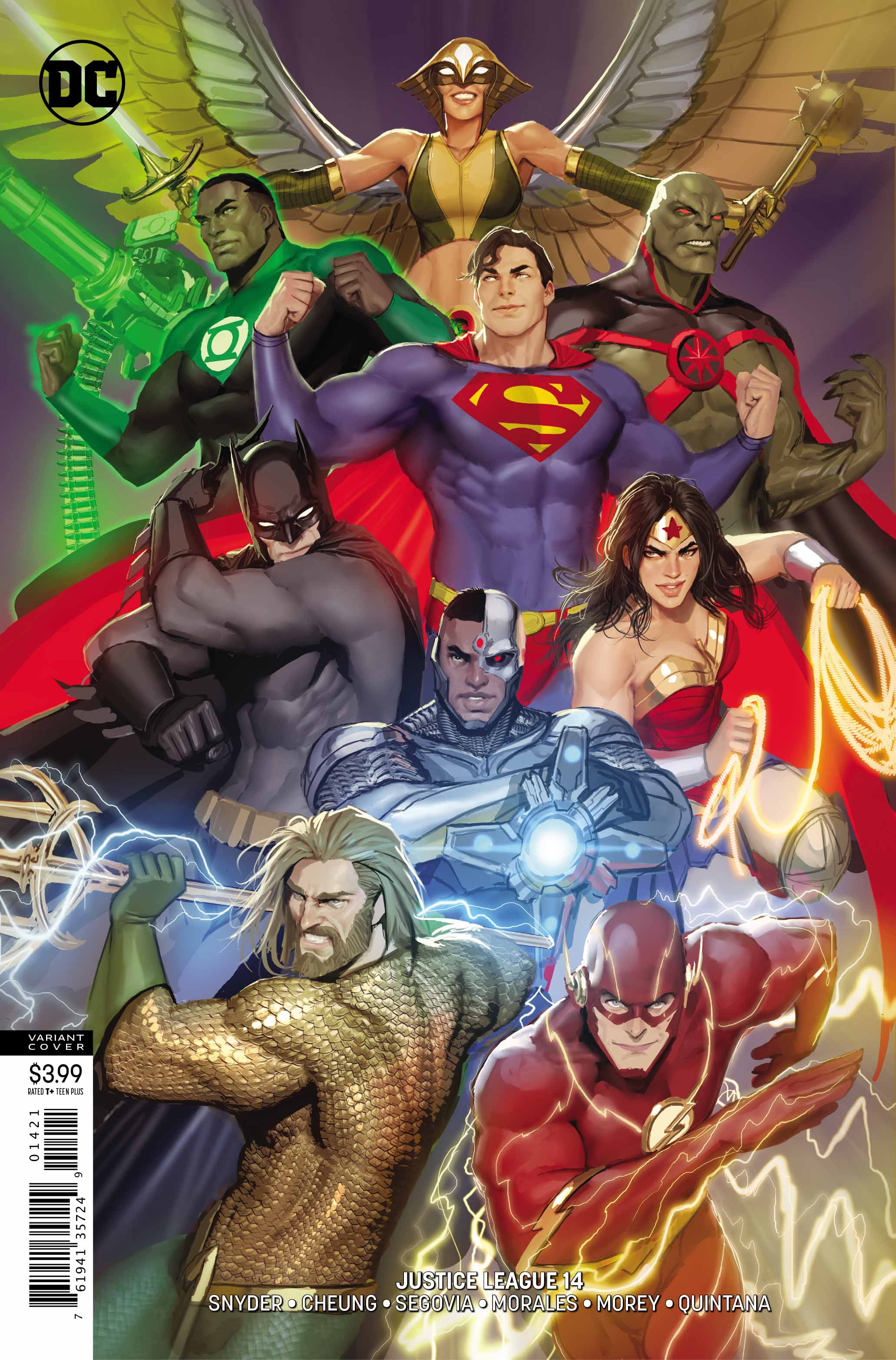 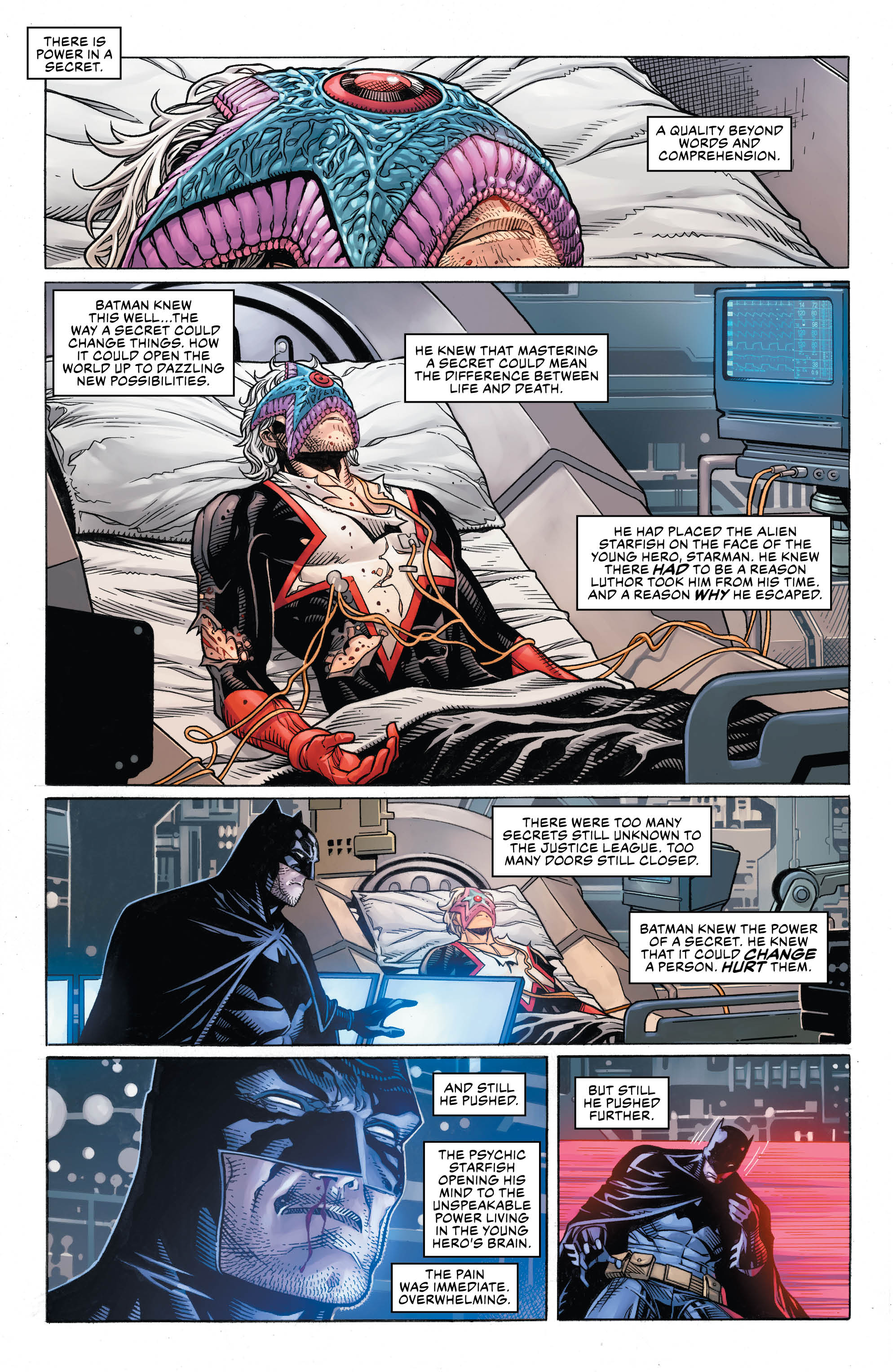 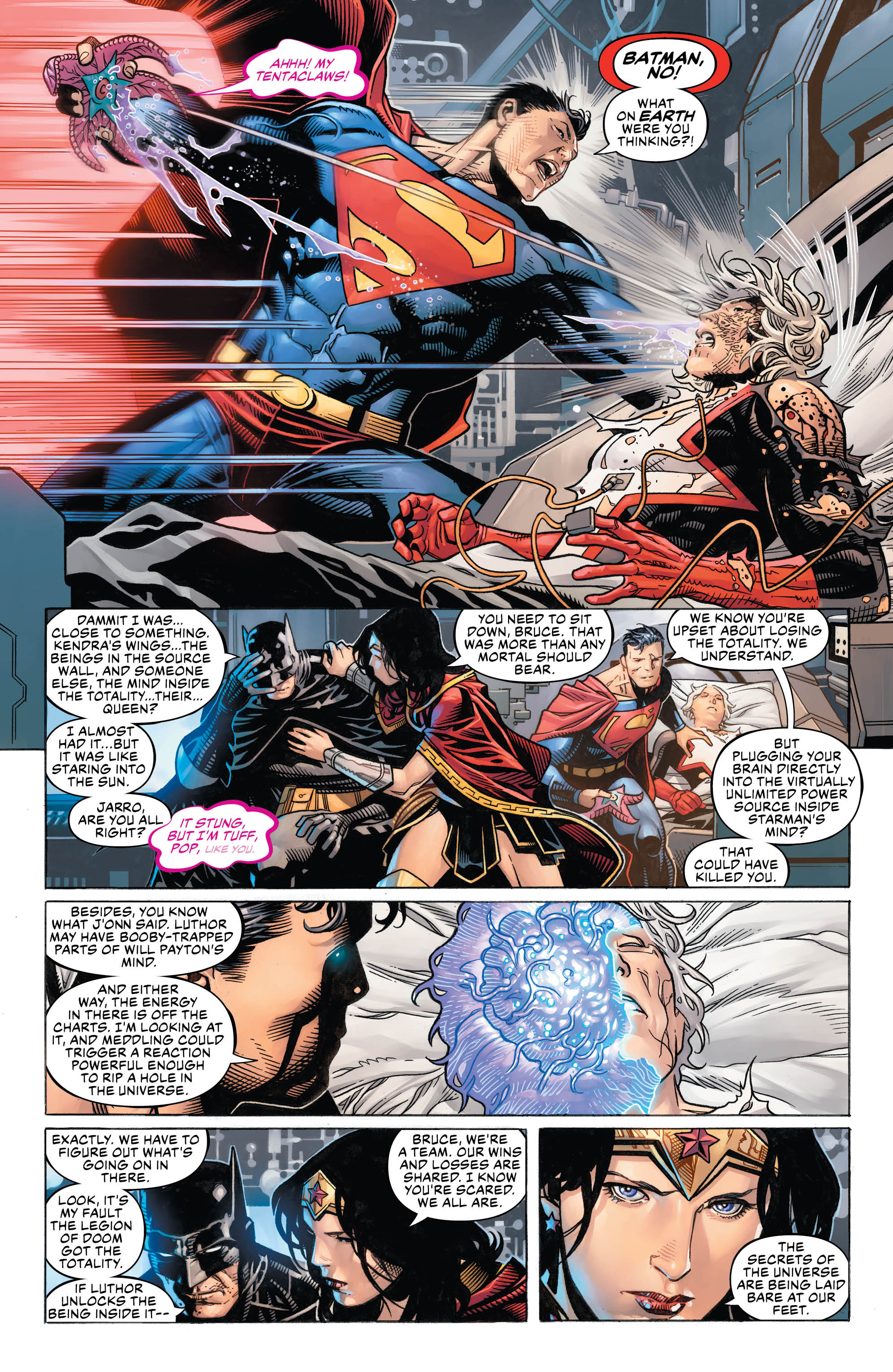 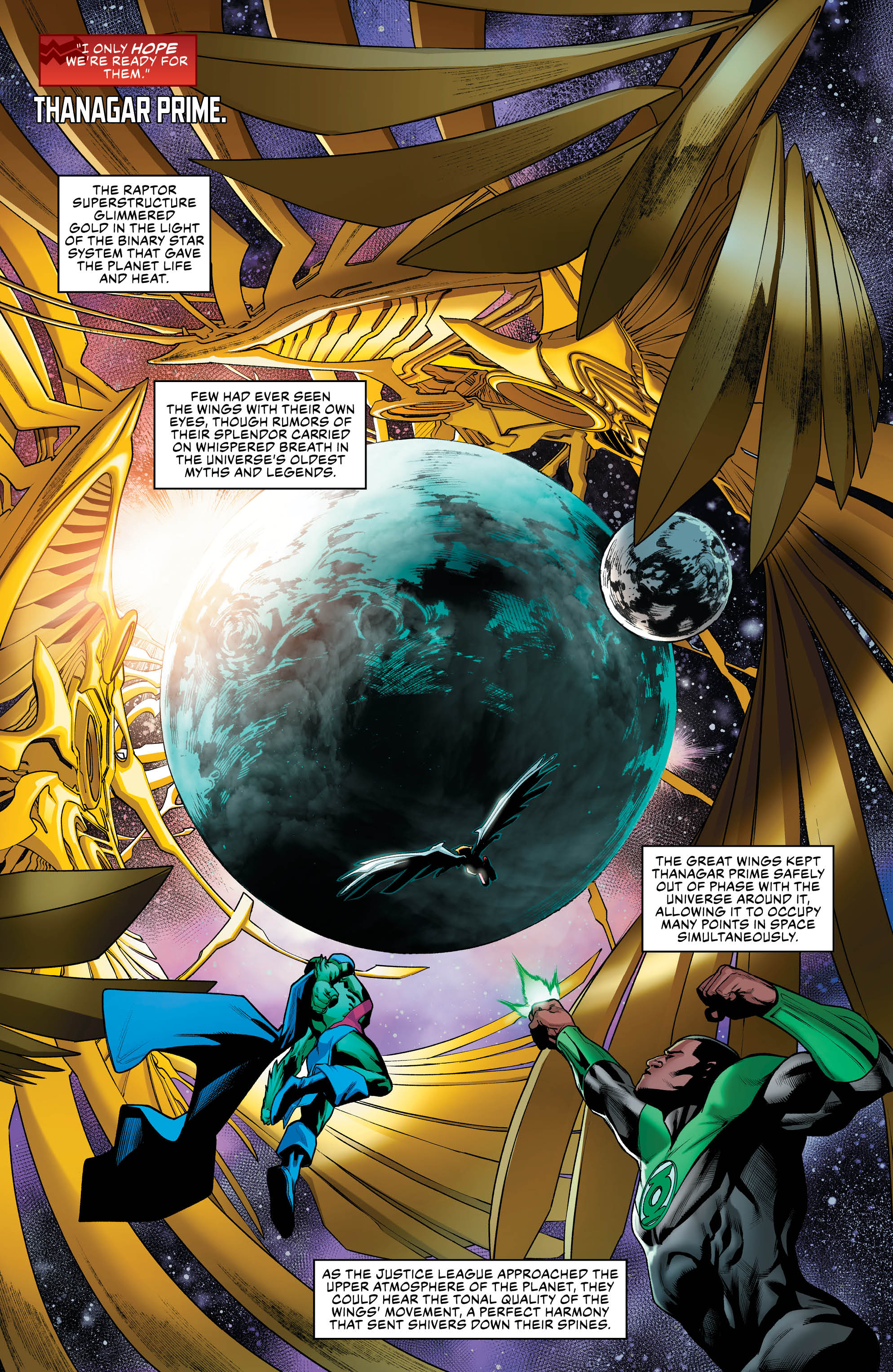 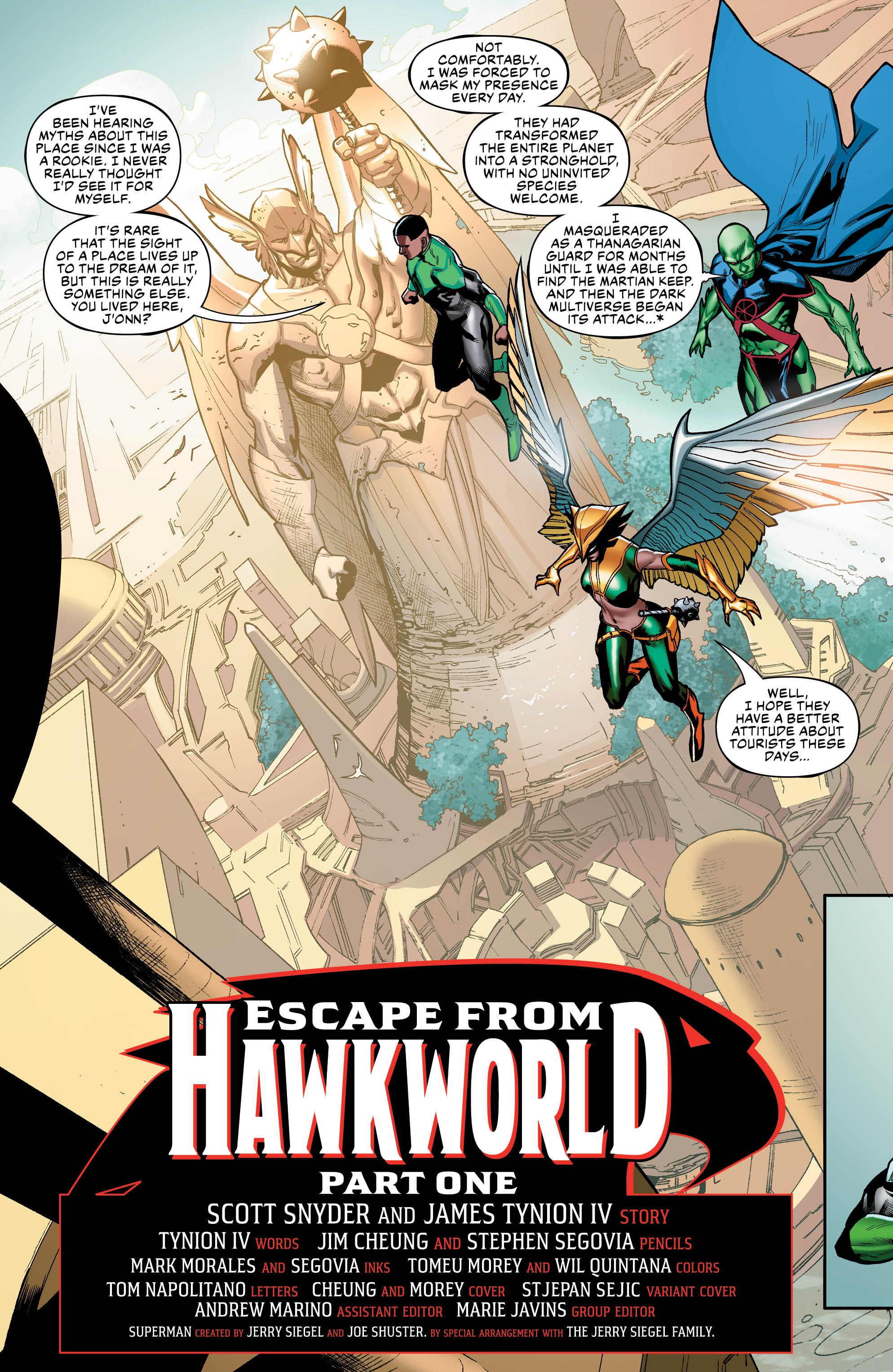 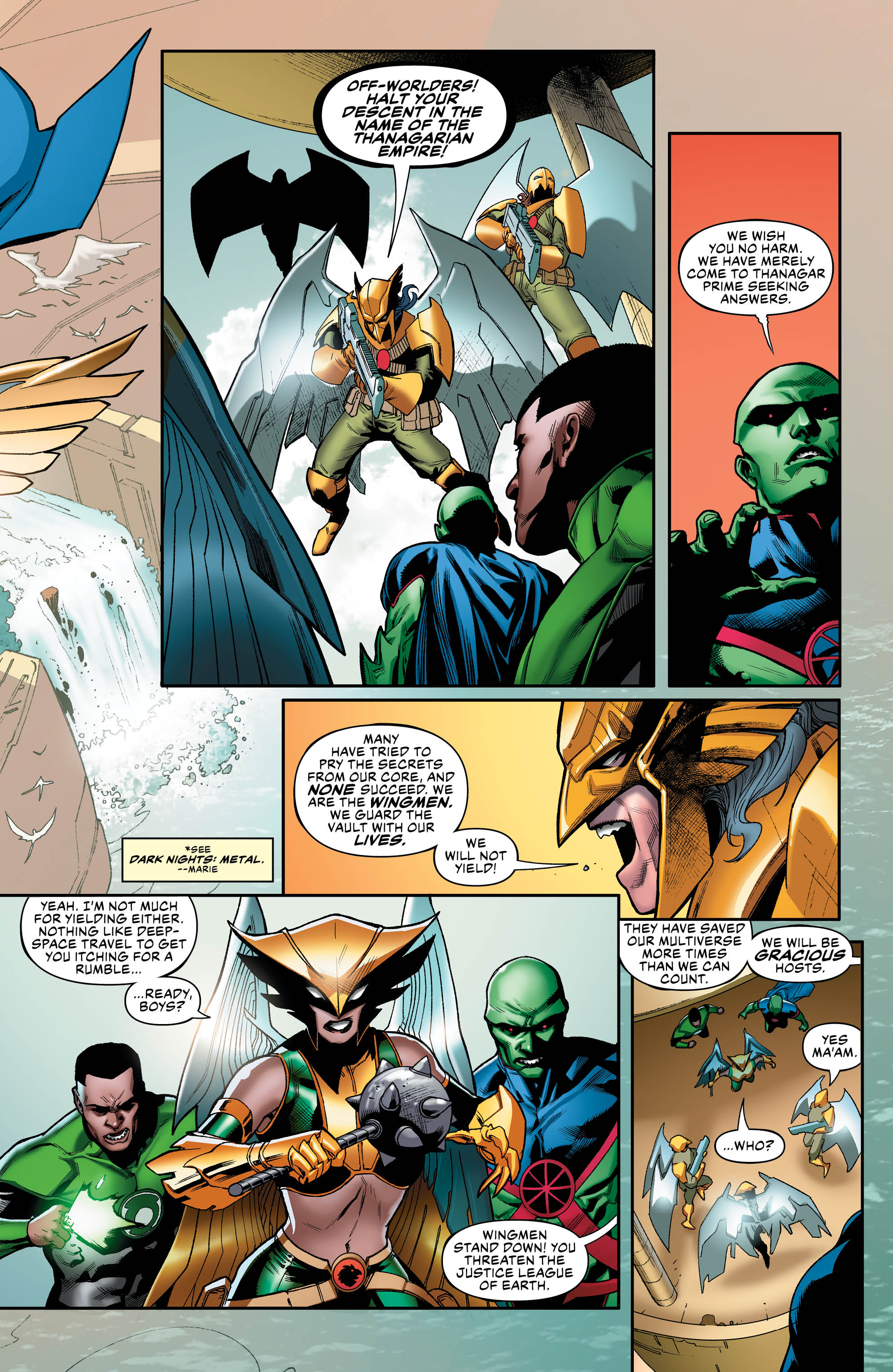 With regards to the script, Snyder/Tynion duo work extremely well together. Snyder is credited for the story while Tynion is responsible for scripting. While both writers are skilled at their craft, it’s apparent that Snyder is better at crafting the architecture of a story while Tynion’s strengths lie in pacing and dialogue.

Although Justice League #14 is relatively low on action, the setup for this arc is intriguing. It’s obvious that Snyder has major plans for the larger ramifications of his tenure on this book, and this issue poses certain continuity questions with regards to Hawkman and Hawkwoman going forward.

Tynion does a great job capturing the voice of his cast. Each character feels authentic. This is especially true for Martian Manhunter and Hawkgirl, who share a particularly touching moment in the issue.

Jim Cheung and Stephen Segovia’s art looks fantastic in this title. The pencils are crisp and detailed, rendering these character in the comics equivalent of high def resolution. Also, the paneling is excellent. There are many “shots” (for lack of a better term) that are drawn from unusual perspectives. These angles reinforce action while adding a dynamic feeling to the unfolding plot.

After so many issues focused on “Drowned Earth”, Justice League #14 feels fresh in its shift in focus. It’s nice to finally see what Martian Manhunter, Jon Stewart, and Hawkgirl had been up to on Thanagar. Justice League continues in its excellence, as Snyder’s story slowly unfolds into a cosmic epic that will surely impact the DCU for years to come. Give this one a read.