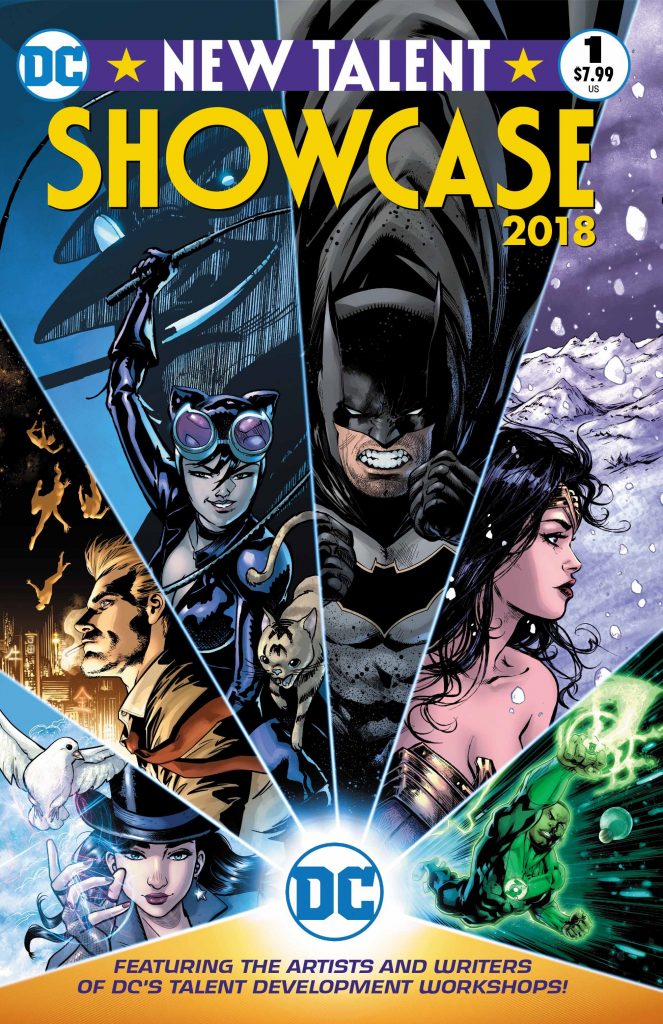 For the past three years, DC has brought back the tradition of releasing a New Talent Showcase around Christmas time. Every year it has been a delight to see these rising talents get their turn in the spotlight, and for many of them, this book has been the gateway into writing or contributing art on big name comic characters. So, without further ado, we would like to showcase two stories in particular from this years line-up, featuring Batman and Catwoman respectively.

In this first story, we see Batman trying to stop Victor Zsasz as he commandeers a plane and tries to take the life of a senators wife, just an hour after killing her husband. When fresh writers take on a character as huge as Batman, there is always that desire to write a huge villain as well, such as The Joker or the Penguin. However, Johnson does a fantastic job here of writing something on a smaller scale. This story felt personal; you could feel Bruce’s desperation as he struggled to save the family from certain death, whilst also dealing with the knowledge that he is responsible for setting these events in motion. In a way, this is a perfect example of what Batman should be at his core. The writing was sharp and effective, especially when paired with the gorgeous art from Nahuelpan. This team managed to tell an extremely engaging and beautiful looking story in just 12 pages, and when you’re working on someone like Batman, that is commendable.

Up next, we have a Catwoman story which sees Selina taking on Penguin, who has been stealing cats from all over Gotham. One thing I did not expect in this story was the appearance was Robin – more specifically, Damian. It was such a good time to see the dynamic between Selina and Damian, especially considering the recent events in Batman. She takes on this gorgeous mother persona and spends time protecting Damian while reprimanding him for being out late in the process. Esposito has crafted a really solid story in only 12 pages, and again we have some incredible art from Domo. Penguin especially made me giddy – there is just something about a really comic-book-y Penguin with the overly long nose that gets me, and Domo captured it perfectly here. All in all, a fantastic story from this team, and one I would definitely recommend. 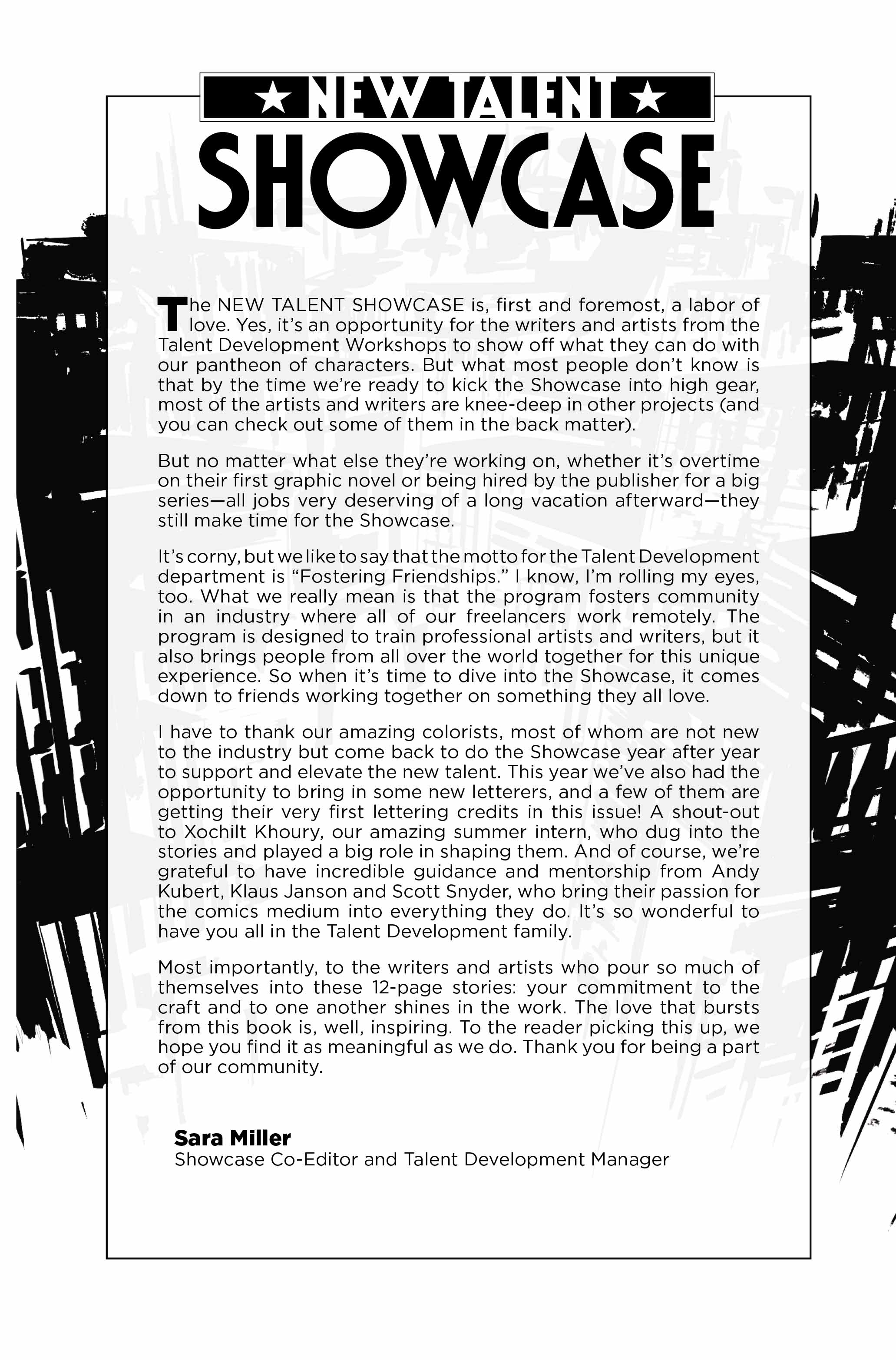 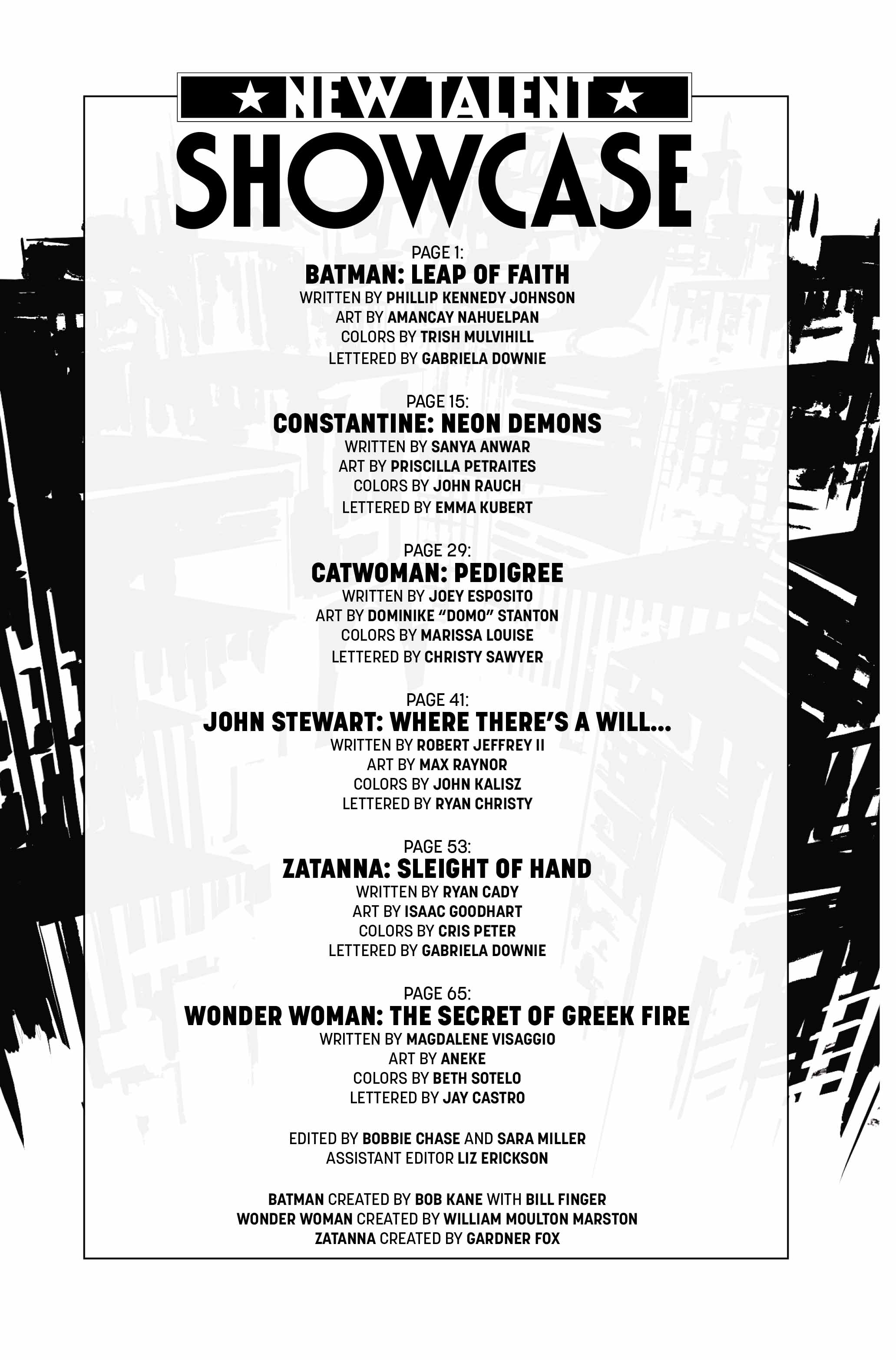 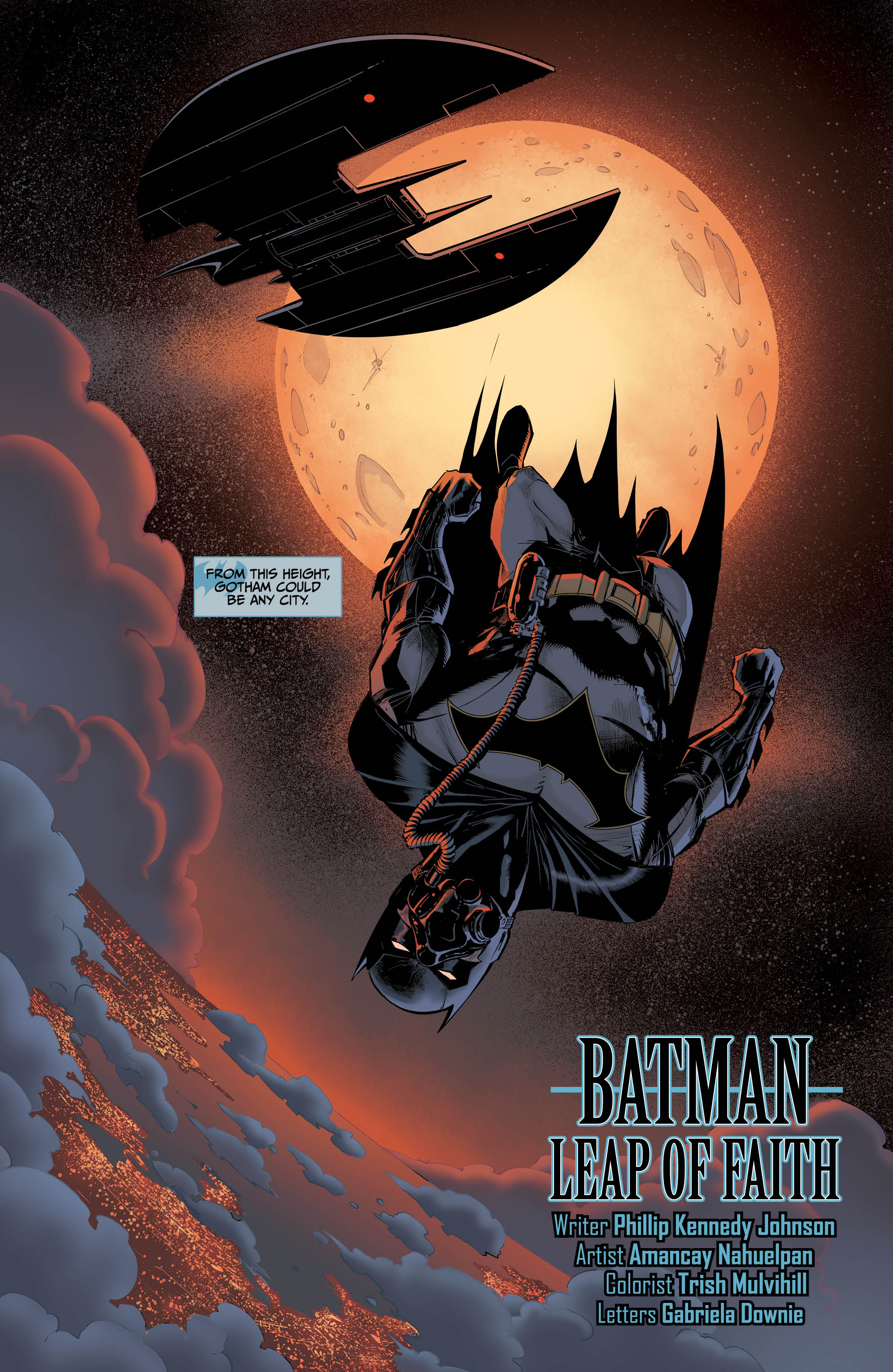 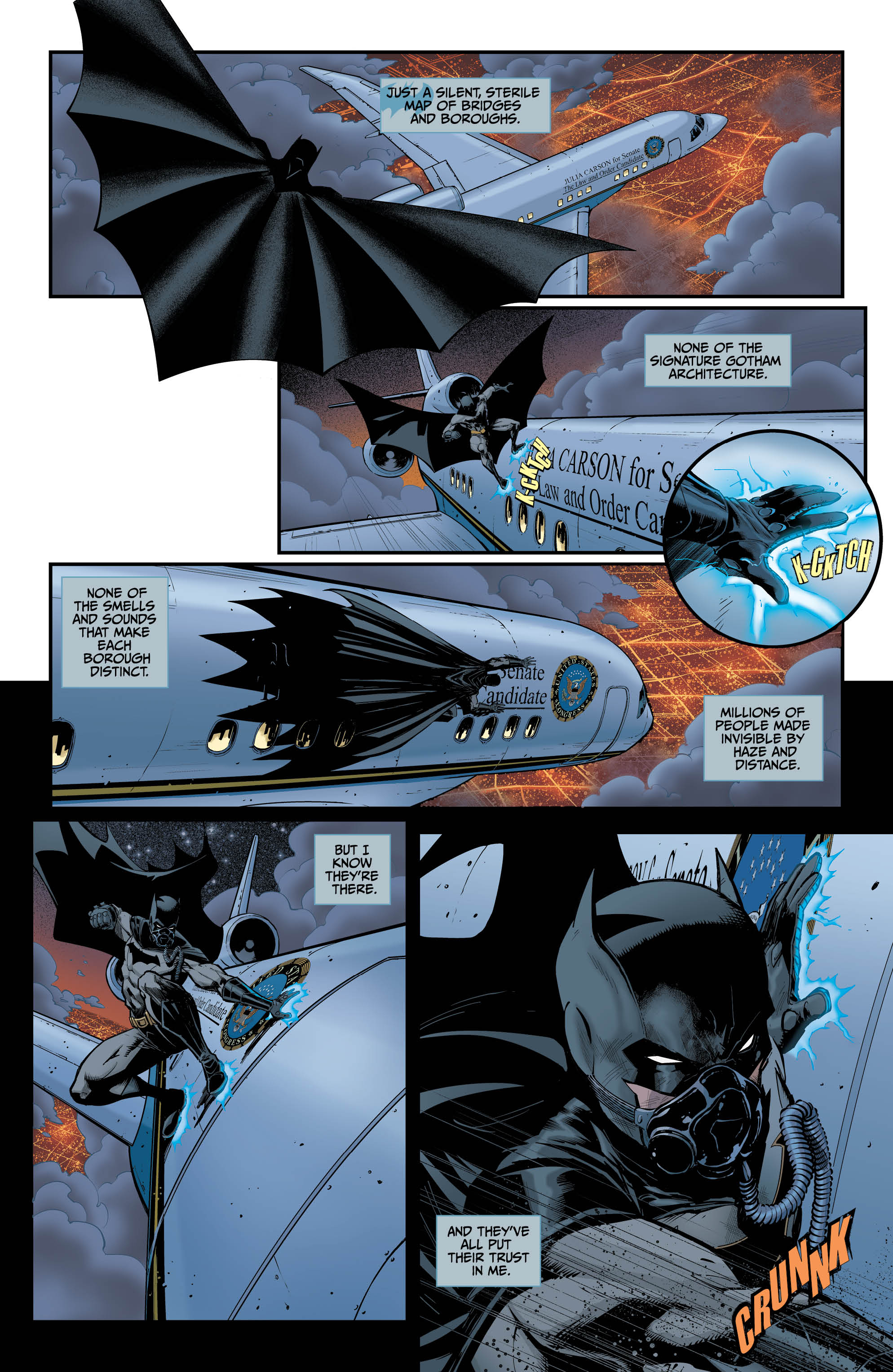 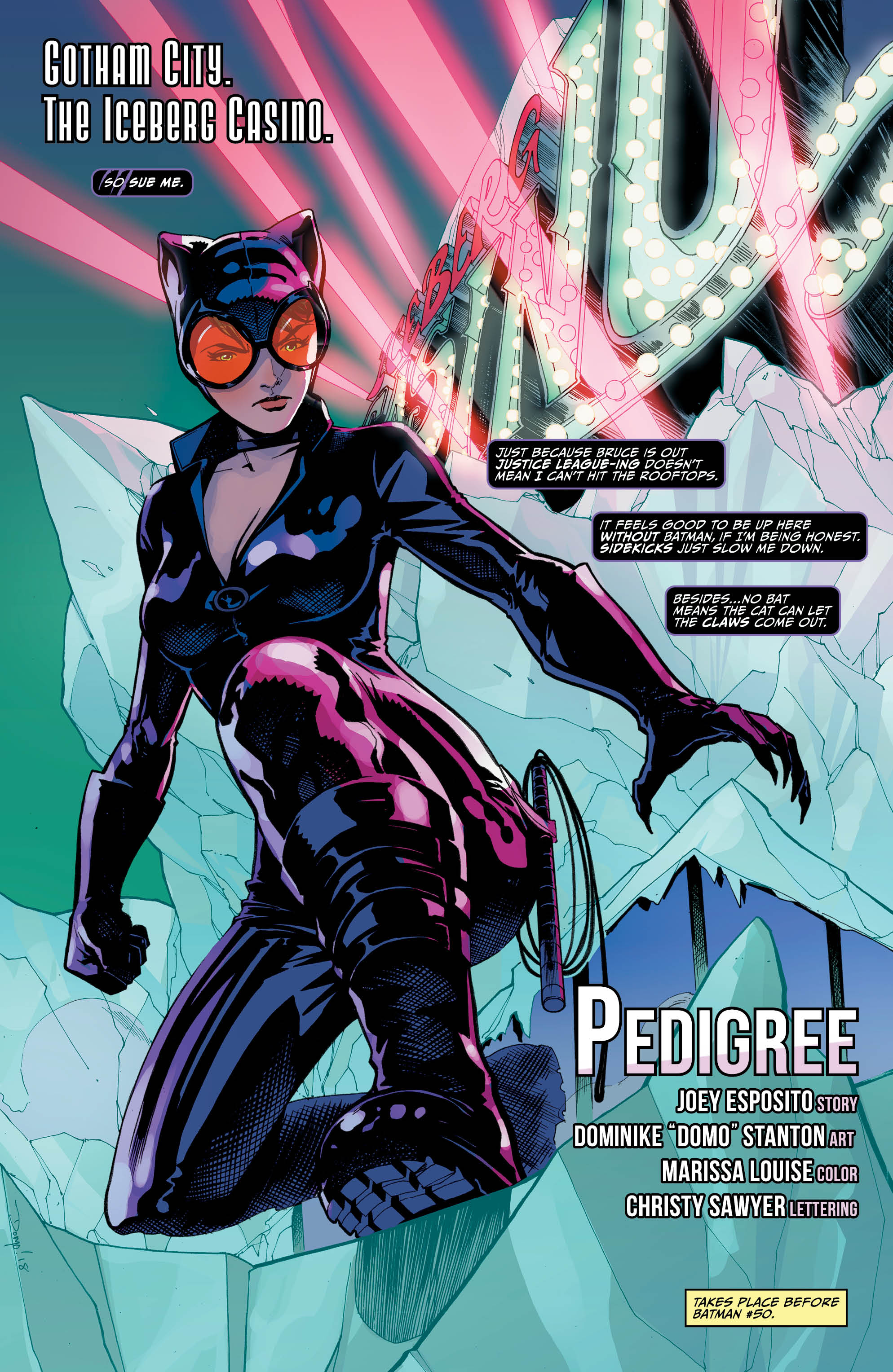 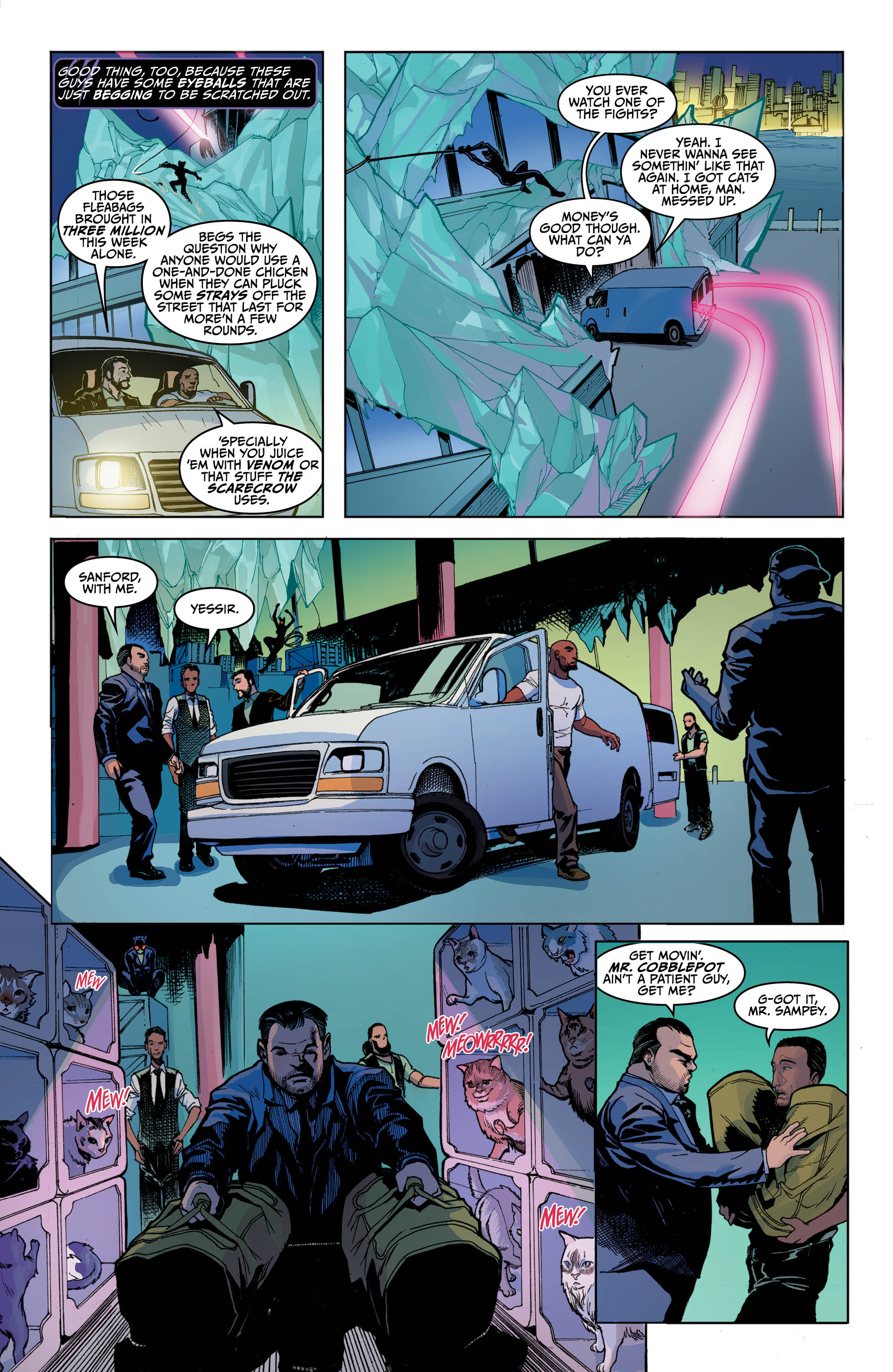 This year’s New Talent Showcase features some fantastic work and keeps up the tradition this book has been setting each year in a new and exciting way. If you haven’t picked it up yet – or haven’t read a New Talent Showcase before – this is a great year to finally make the commitment and do it. You can find the two featured stories amongst other stellar works featuring Constantine, Zatanna and Wonder Woman.

Make the leap and buy this for yourself, or gift it to a friend! There is a lot of goodness here, and as always, be sure to keep an eye out for all of these writers and artists in the coming years as they transition onto books of their own!