Artist Jim Lee has revealed his cover for issue 1000 of Detective Comics. 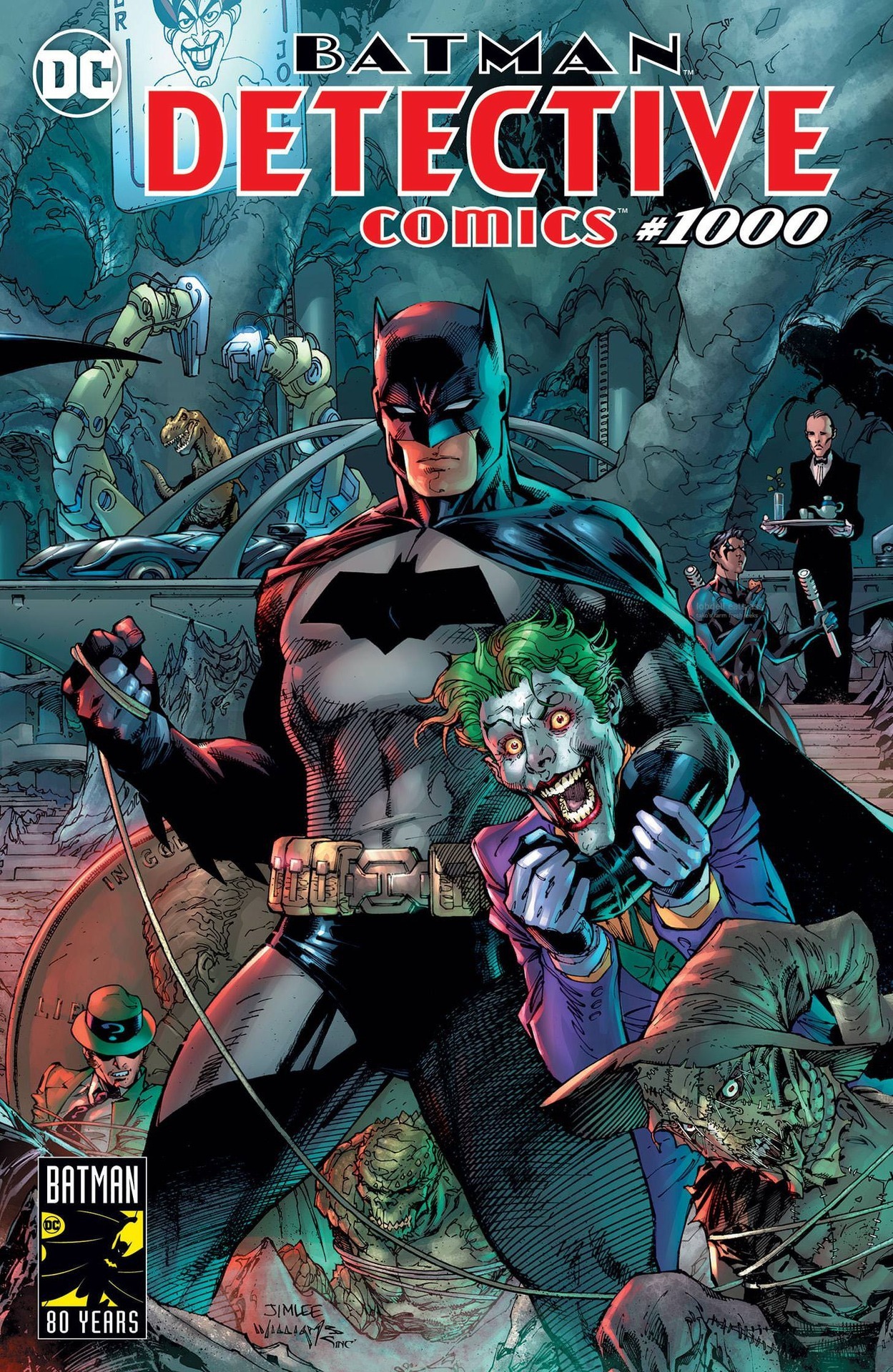 What’s in a Cover?

This is yet another great Lee-style Batman pose. Beyond that, it appears that Lee is evoking a more fun version of the Dark Knight. We see Batman with the Joker, Riddler, Killer Croc, and Scarecrow tied up in the Batcave. In the back, Alfred is serving post-fight snacks with Nightwing impishly snagging a cookie.

More interestingly, Lee’s art style seems more streamlined and has less cross-hatching. This maybe to invoke a more light-hearted tone for the comic.

Detective Comics #1000 will be released in March.