For every hero there is always a villain, in the case of Epix’s upcoming prequel Pennyworth, musician and actor Paloma Faith has been confirmed to be talking this role. The Batman prequel will be focusing on Alfred Pennyworth and his life as he works with Thomas Wayne. We are finally going to see an origin story for the beloved butler and confidant of the Wayne family. Best of all with this announcement we are getting a firsthand look at the villainess they will be facing.

Jill Of All Trades

Paloma Faith is no stranger to acting but is more known for her singing as she consistently tops the UK charts with her work. Most recently she launched her album, The Architect, was released last fall and hit not only number 1 on the charts but stayed in the top 40 for 32 weeks! She has played roles in Peter and Wendy as well as Doctor Parnassus. 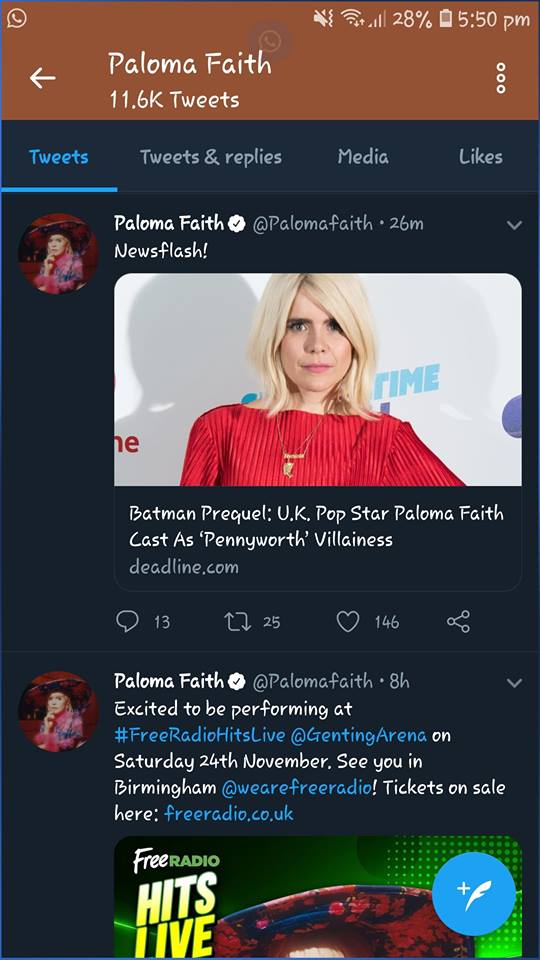 The role has been described as a “Spirited, sadistic and sharp-tongued villain,” one that I know I am excited to see her bring to life. With the whole of the series being inspired by the pages of Detective Comics and Batman, it is highly anticipated to say the least.

She is the latest castmember to be added to the list of actors coming on for the story, which will be set in 1960s London after Alfred has left military service. The 10 one hour episodes are going to chronicle how his and Thomas Wayne’s paths first crossed.

Jack Bannon, well known for his role in Imitation Game, will be playing Alfred himself. A role that has been played in the past by greats such as Alan Napier, Michael Gough, Michael Caine, and most recently Jeremy Irons. These gentlemen however have shown us the most recognizable Alfred in his older years. Bannon will be giving us Alfred in his 20’s.

Are you excited with the newest cast announcement? Who would you like to see added to the cast? Let us know in the comments below.