While DC’s cinematic universe seems a bit uncertain these days, there was a plan, however tumultuous it was behind the scenes. During the days where Batman v Superman: Dawn of Justice still had hope, DC named Zack Snyder their godfather of the DC Extended Universe, which was their supposedly unofficial name. Snyder’s work on Man of Steel and BvS was so impressive to WB execs, he was to usher in the first DC interconnected film universe.

It seemed he had a five-movie arc to tell his story, which started with MoS, developed with BvS, climaxing with the two parts that would have made up Justice League, and one last movie to resolve it all. We all know how that ended.

While it has never been publicly discussed, it’s fairly clear that Snyder and WB didn’t part ways amicably. While it is true that Snyder had to take time off to grieve after his daughter tragically took her own life, Snyder’s relationship with WB has been kinda frosty despite talks of warm goodbyes. A lot of JL was re-written and re-shot by Joss Whedon, hoping to make the film more commercially viable in WB’s eyes, so much so that it’s hard to tell what was originally part of Snyder’s original vision. Thus, giving birth to the Snyder Cut movement that looks like it may just be dying down now.

Since then, Snyder hasn’t exactly spoken publicly about what happened, but he isn’t afraid to talk about what his original plans were since leaving the big studio. The most recent of which came from Snyder’s social media of choice, Vero.

If you don’t remember what that looks like, check it out below: 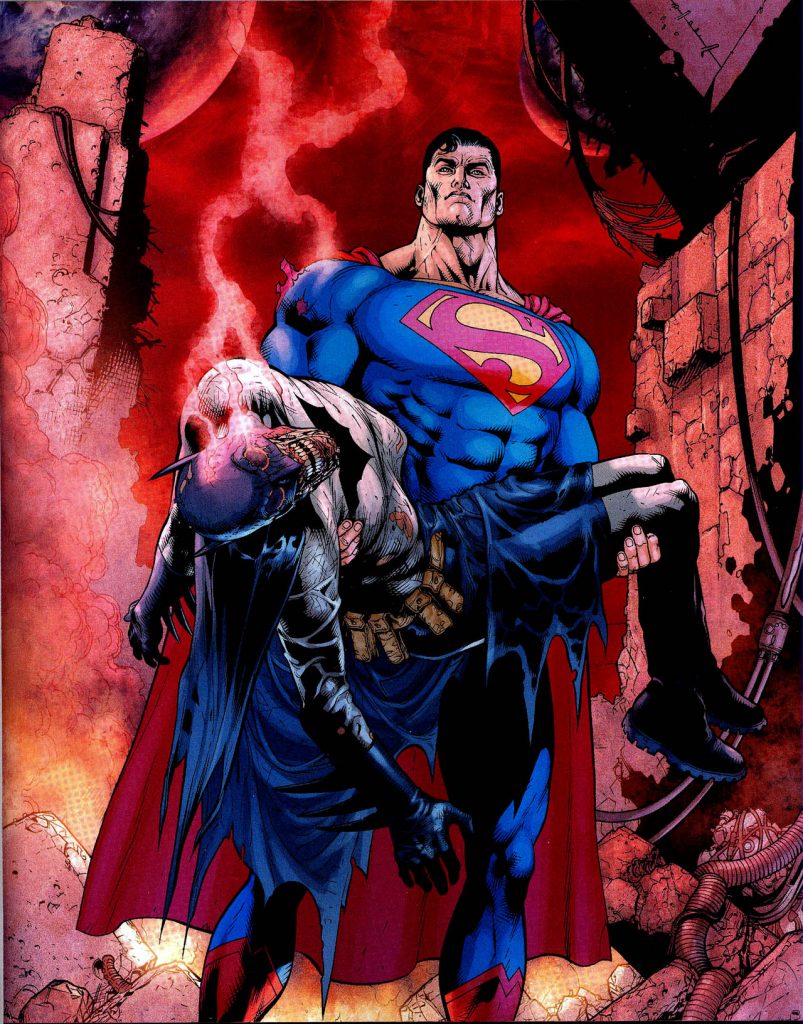 Miraculously, Snyder who seems to enjoy scrolling through the app, found the post and commented with an “Of course.”

Check out a screen cap below: 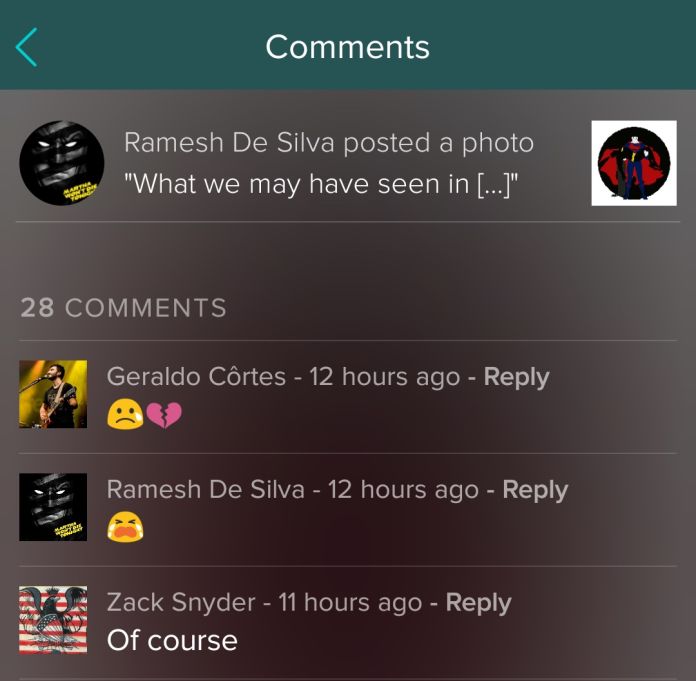 Most websites are taking this comment as direct confirmation that that was the plan, but nowhere in the comment does he explicitly say that was what he intended to do. It’s an intentionally vague comment. It could be confirmation, but I’m not so quick to draw that conclusion because he’s been fairly open about some things recently and that comment didn’t really elaborate on anything. Therefore, I’m more likely to believe that he meant to say, “Of course, it was something that I would have likely explored” rather than a “Of course, I would have gone with that outcome. Certainly.”

If it was something that he meant to do from the beginning, it would have been a great story arc for both Supes and Bats. We got to see the glimpses of what Supes would eventually become in JL, making it one of the few great things about it, but seeing Bats sacrifice himself for a world that was jaded against him would have been another great character arc to explore. Incorporating the Knightmare sequence in BvS, it would have been even more interesting because the two had clearly become enemies in that timeline and maybe it was Bruce’s sacrifice that would brought Supes back to the good side.

What do you think? Do you think that this was what Snyder always intended? Or do you think it was something he may have likely dabbled in? Let me know.