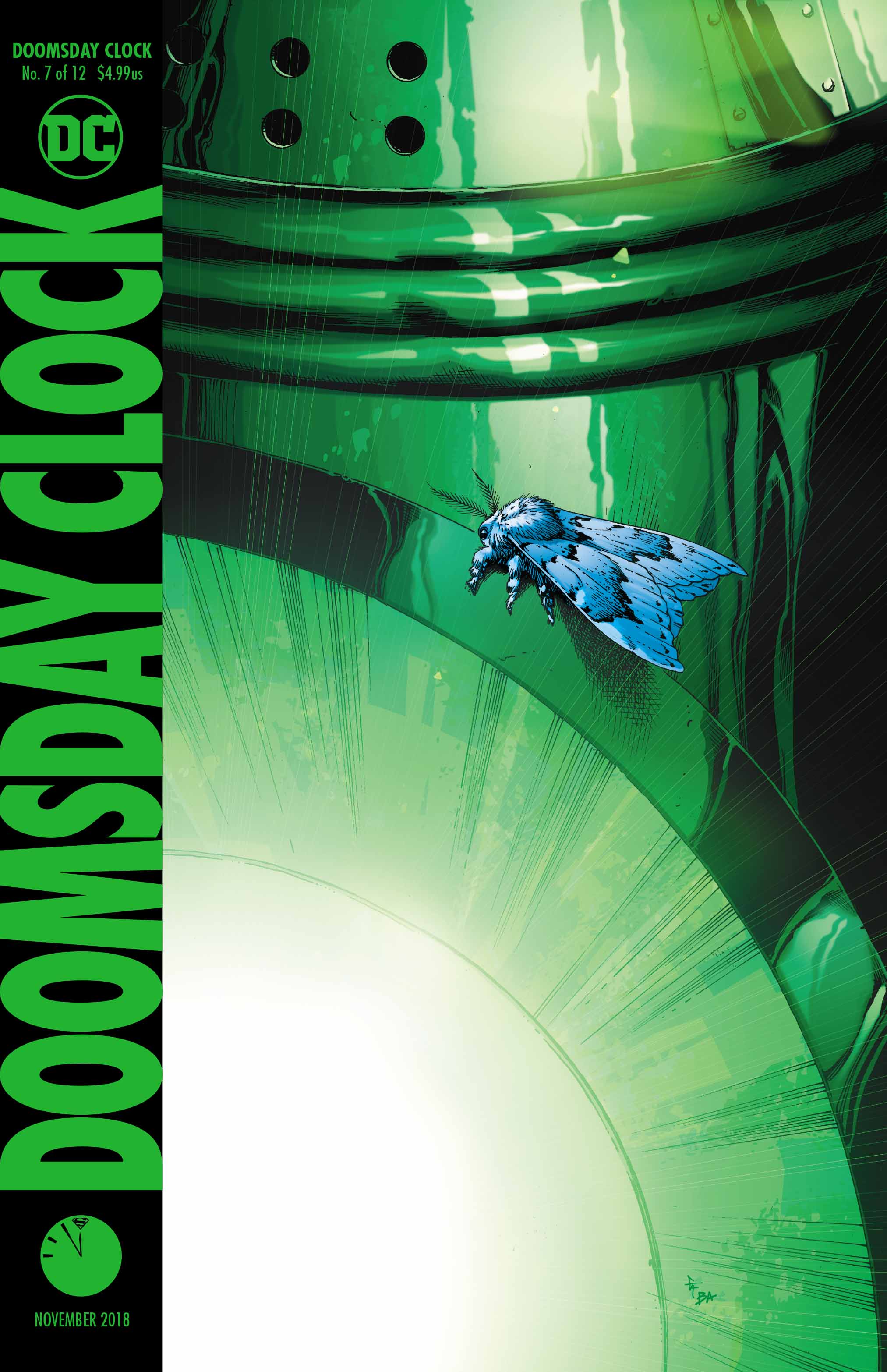 Shocks, revelations and surprises abound in the latest instalment of Doomsday Clock. The series is now in its second half, and issue #7 features the return that every fan of the original Watchmen series has been clamouring for. I don’t know how many readers follow comics accounts/creators on social media, but the cover art at the top of this review should give a hint as to who I’m talking about. (As should the visage that Marionette and Mime are in awe of, featured below).

The amount of work, passion, blood sweat and tears that artist Gary Frank puts into these pages is clearly evident. The sheer quality of the art produced makes the seemingly interminable wait between instalments worth it. Heck… I waited decades for Miracleman, and for V For Vendetta to get completed, so what’s a couple of months between friends? 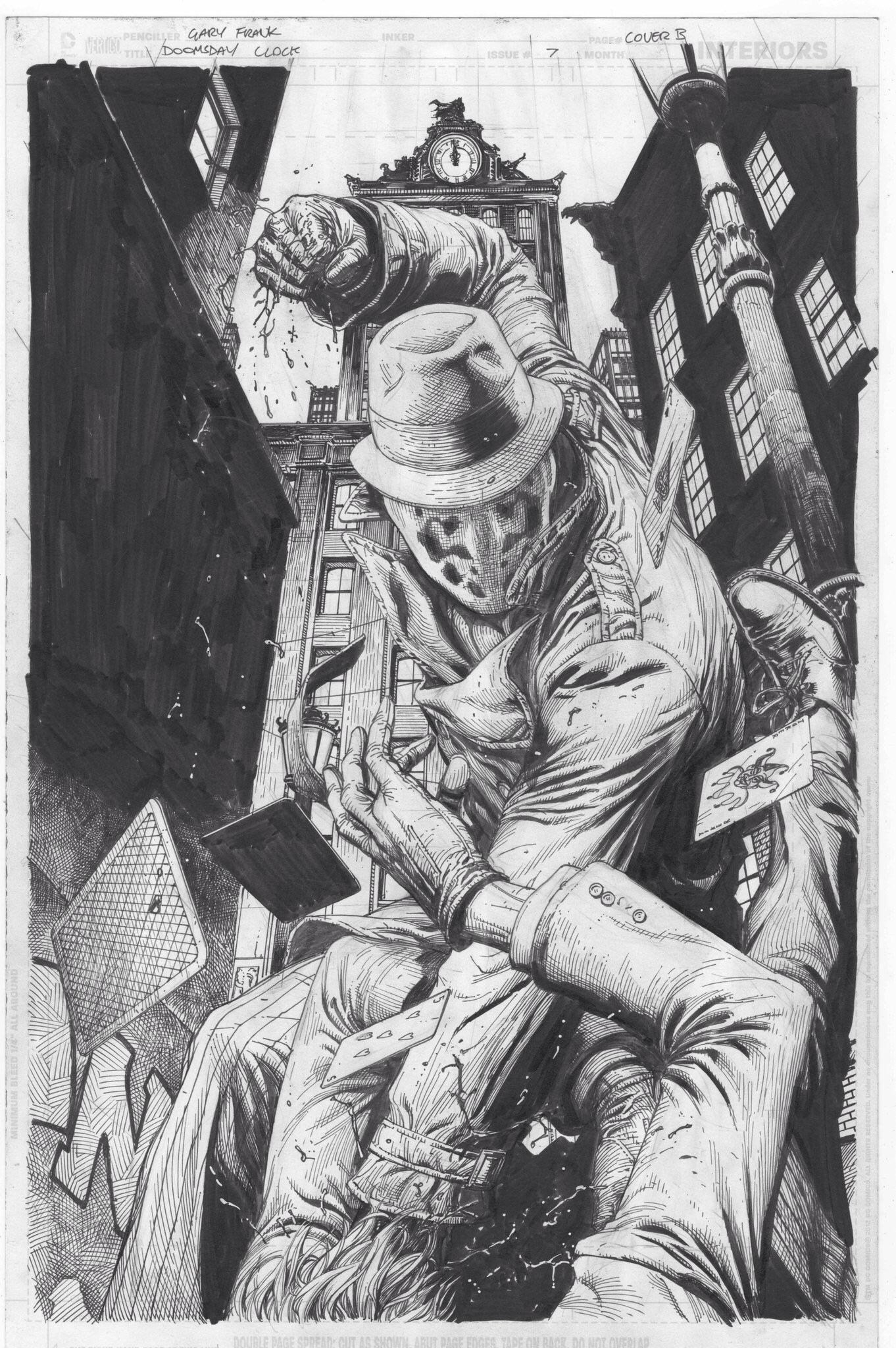 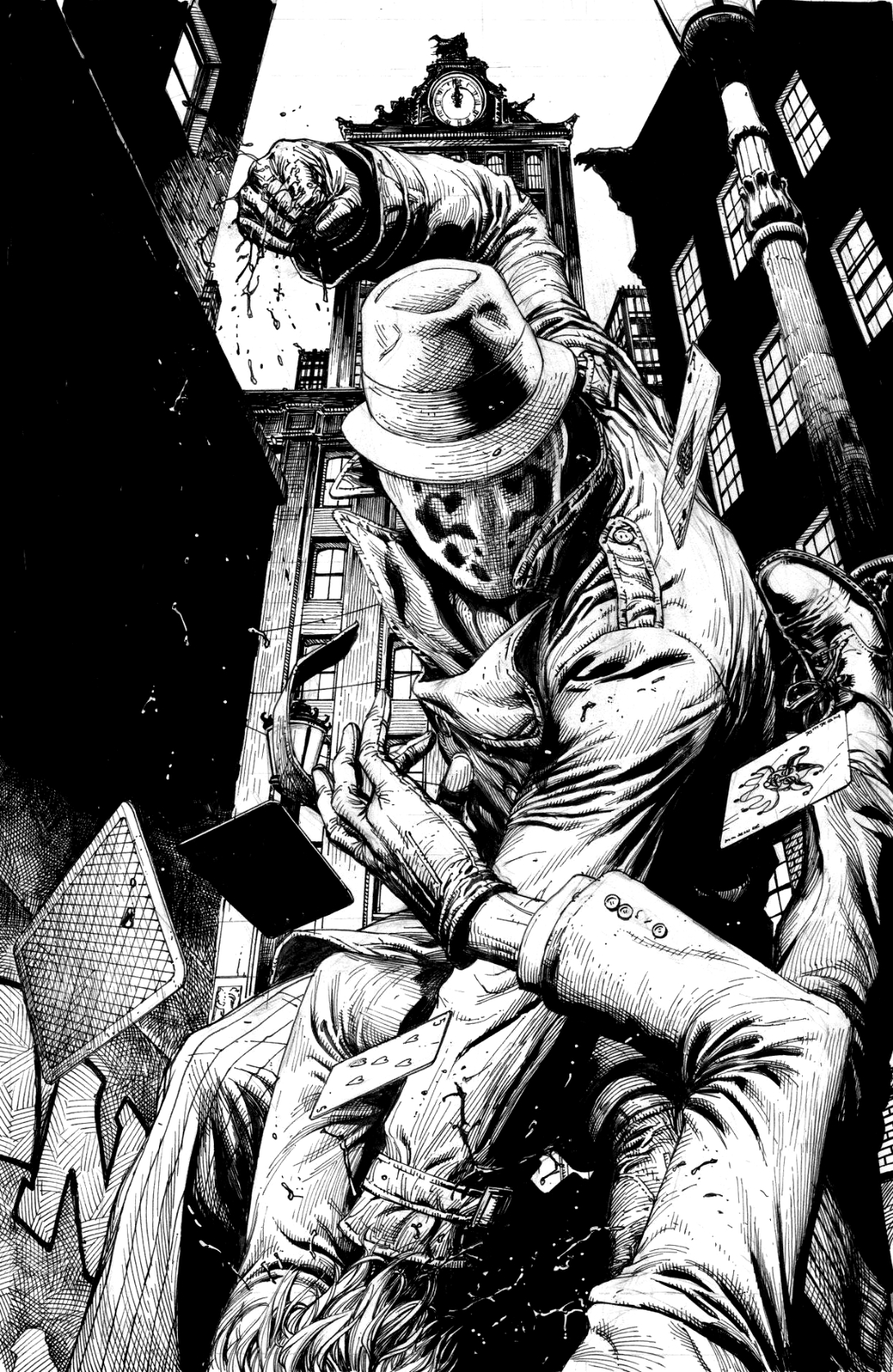 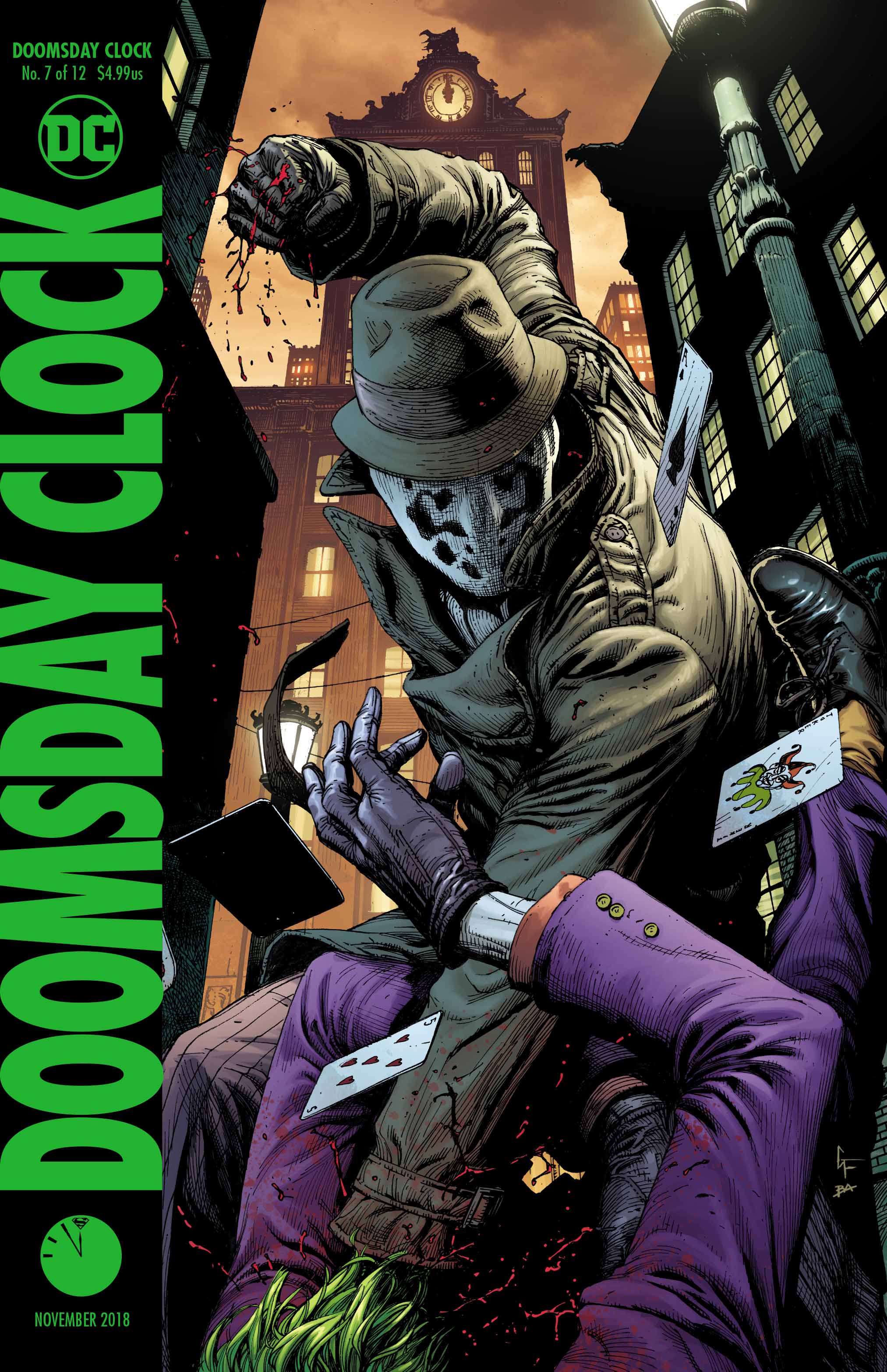 The Doomsday Clock Is Ticking

Last month we left Ozymandias in the company of the new Rorschach and two Arkham Asylum escapees. For fans who may not be familiar with Imra Ardeen or Johnny Thunder, let me give you a quick intro. Two of DC Comics’ greatest super teams (who I miss immensely) are The Legion Of Superheroes and The Justice Society Of America.

The Legion are an army of heroes from the far future, made up of members from a multitude of alien races. They were inspired by the superheroes that you and I read about every month. Imra Ardeen (A.K.A. Saturn Girl) was one of their founder members.

The Justice Society (yes, Society… not League) was the daddy of all super teams. This group was formed in the 1940s and was the Golden-Age precursor to every single collection of World’s Greatest Heroes that has followed since. Johnny Thunder and his lightning genie Cei-U (pronounced “Say you”) were part of that group.

Geoff Johns’ inclusion of these two old favorites is just another reason that I am completely invested in this series. Hook, line and sinker. Batman and Joker also appear centre stage in this issue, and that’s always a bonus.

I LOVE DC Comics, but their constant reboots, resets and ret-cons can be confusing and annoying. I’m one of those old fuddy-duddies who would’ve left things alone after the Crisis On Infinite Earths…

I need to stop now… you really don’t want to get me started on that subject.

When you get a comic that is clearly a labor of love the end result cannot help but satisfy. From the reactions of her comrades to Imra’s revelation of her background, to Rorschach’s meltdowns… every page is brilliantly written and superbly drawn. Brad Anderson’s colors add even greater depth to the proceedings. Bubastis’ glow, Batman’s gas bombs, Green Lantern’s light and Joker’s flamethrower… these are the tip of a technicolor iceberg.

I’m looking forward to the future… if there actually IS one.