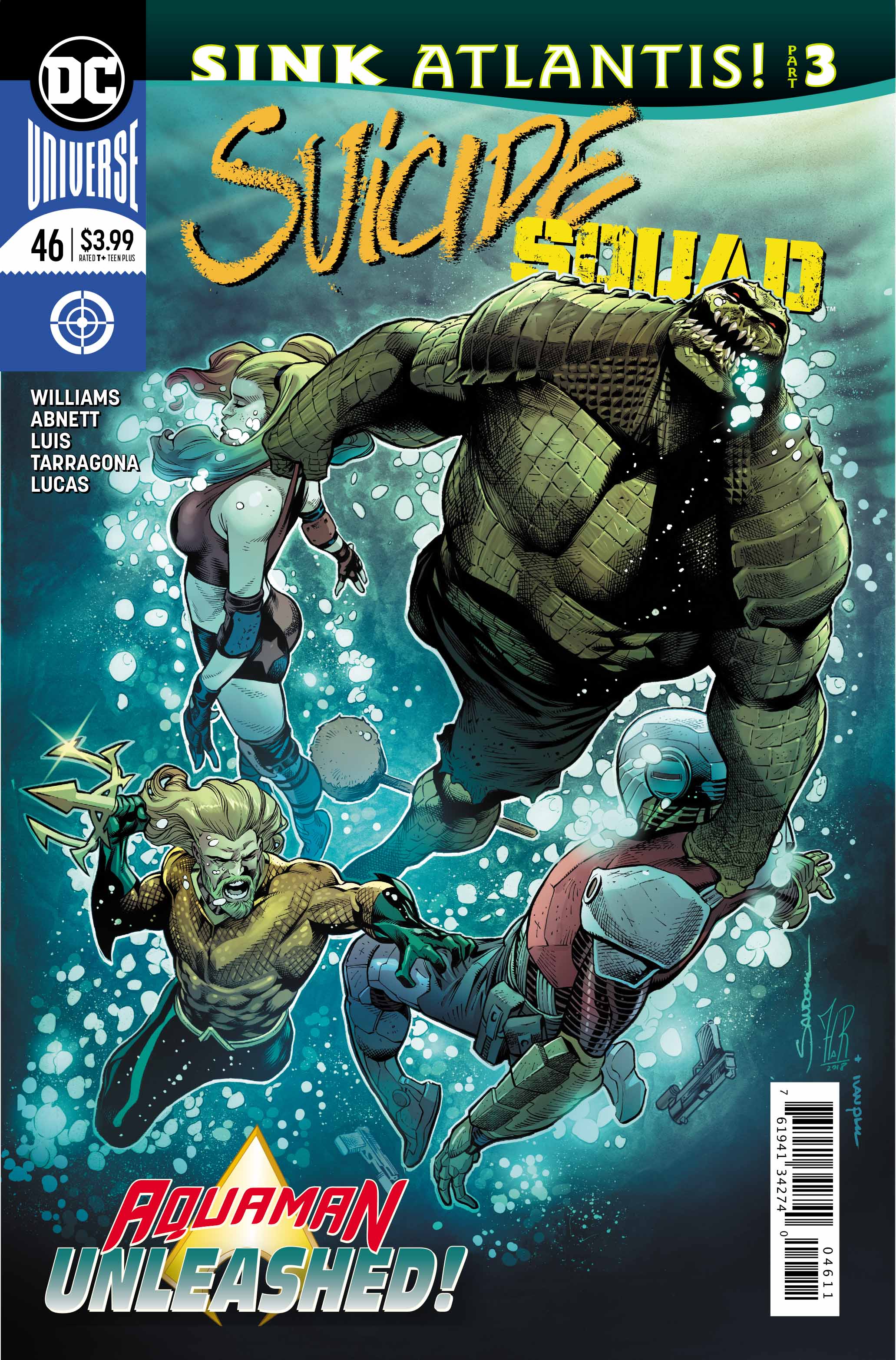 Things are really heating up in Atlantis. After the reveal at the end of Suicide Squad #45, the team were left morally divided. What? The Suicide Squad, morally divided? I know, I was just as shocked as you are… but it’s true. You can read all about it in Aquaman #39.

This is the third instalment in the story arc and the second in the Suicide Squad title. We are really into the meat of the story now, and it’s been impressive so far. I’ve thoroughly enjoyed every panel, in both titles. Rob Williams and Dan Abnett have done a fantastic job at crafting a story that gives all of its characters a chance in the limelight. 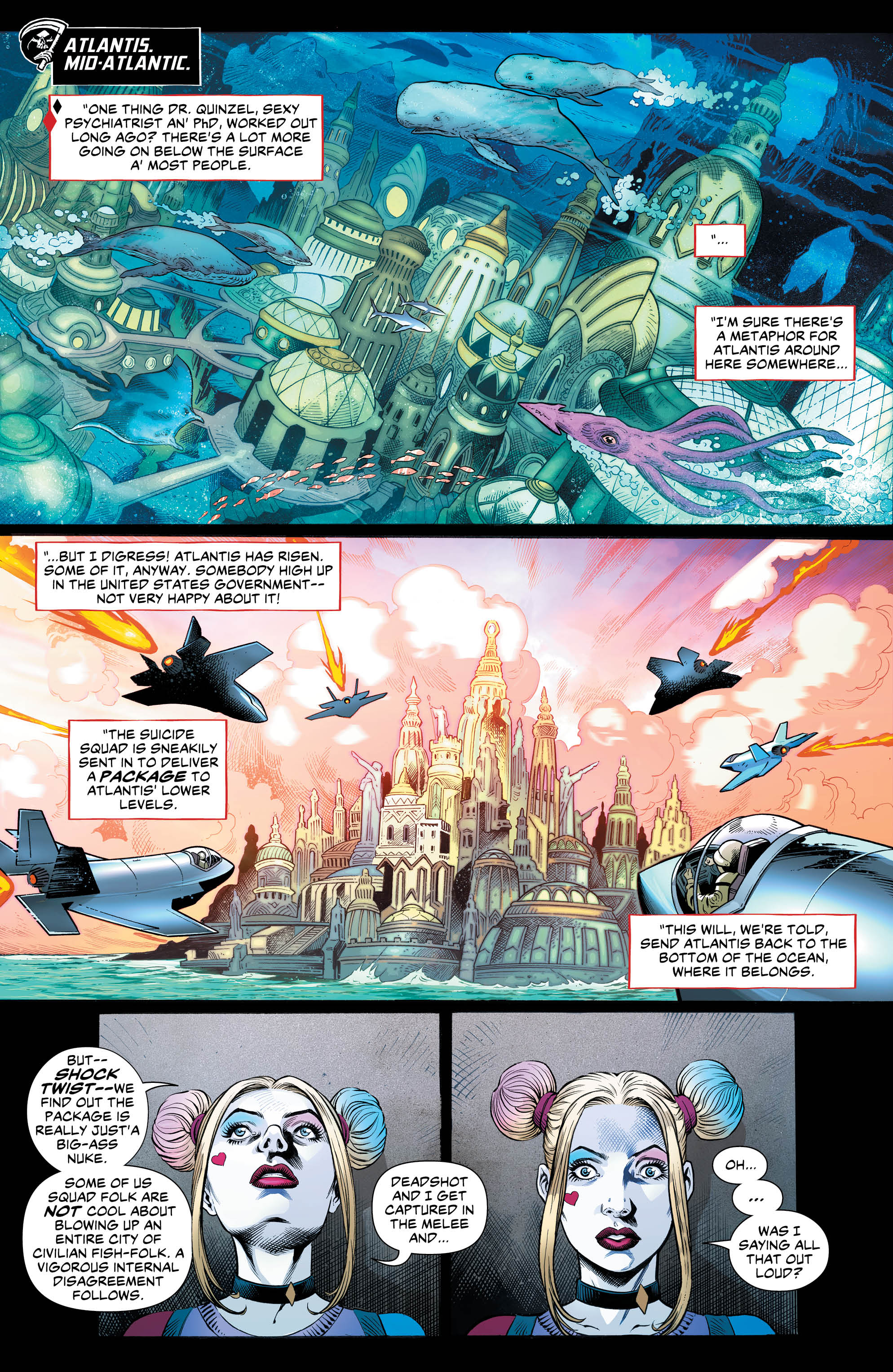 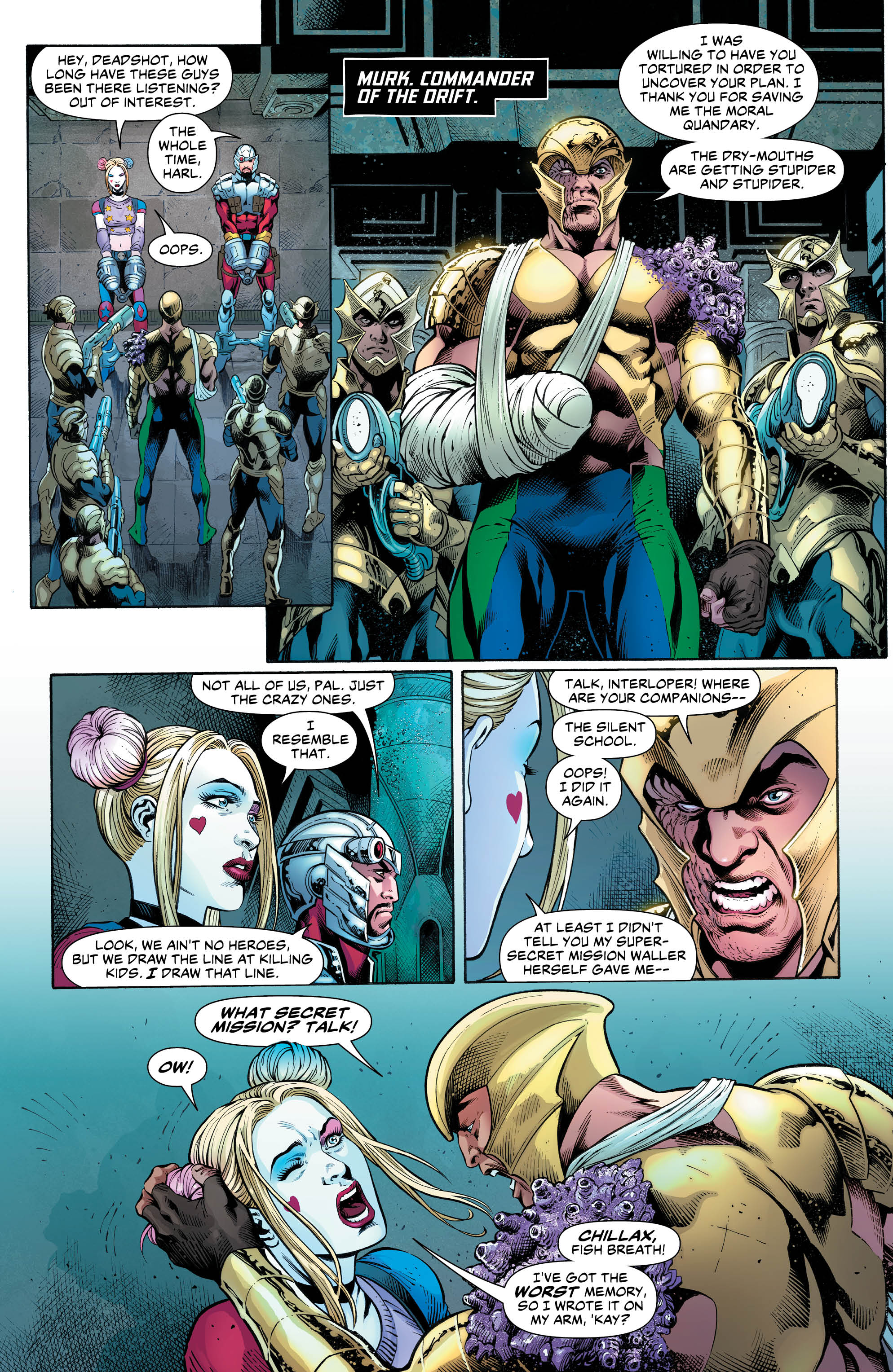 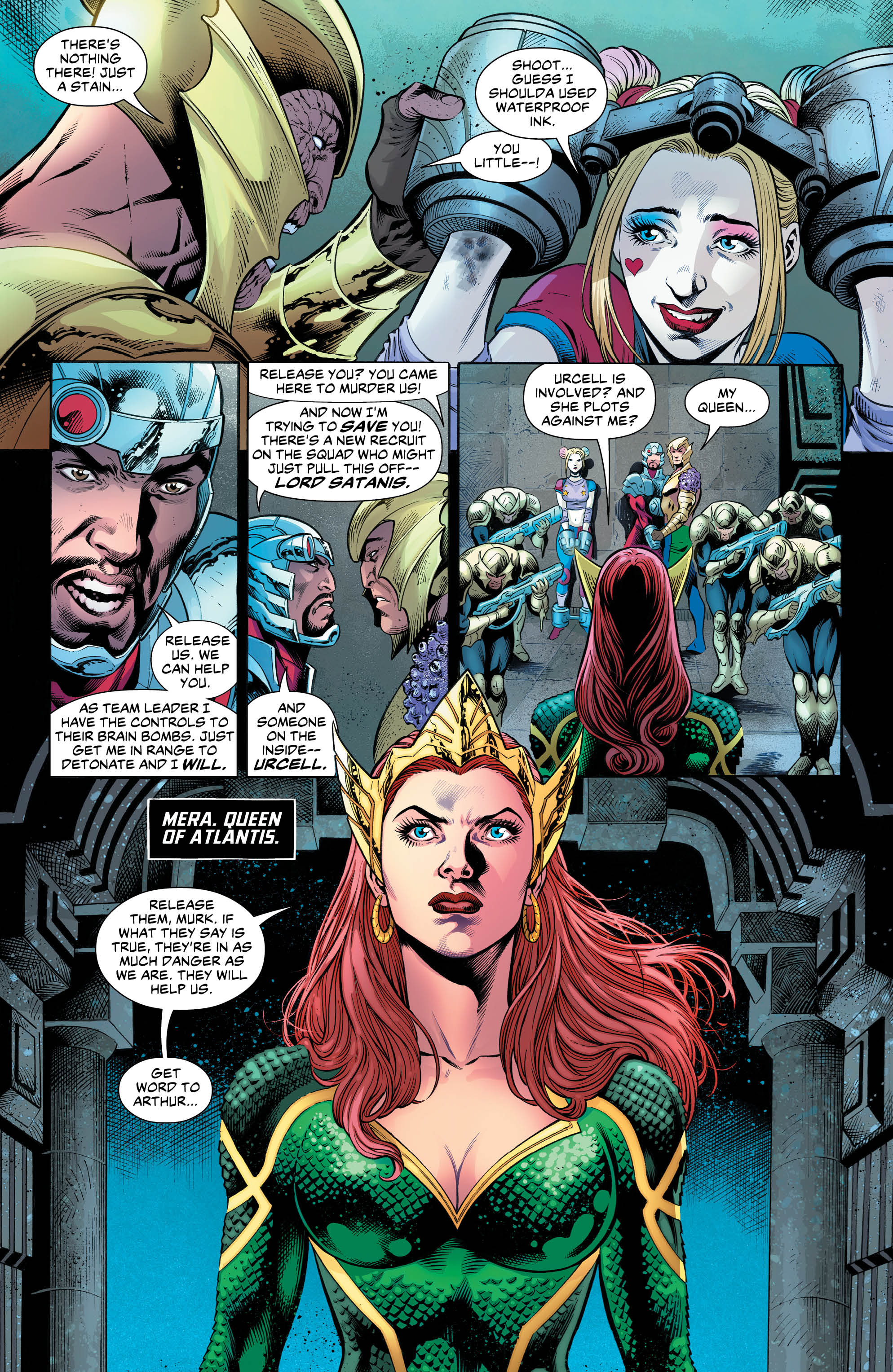 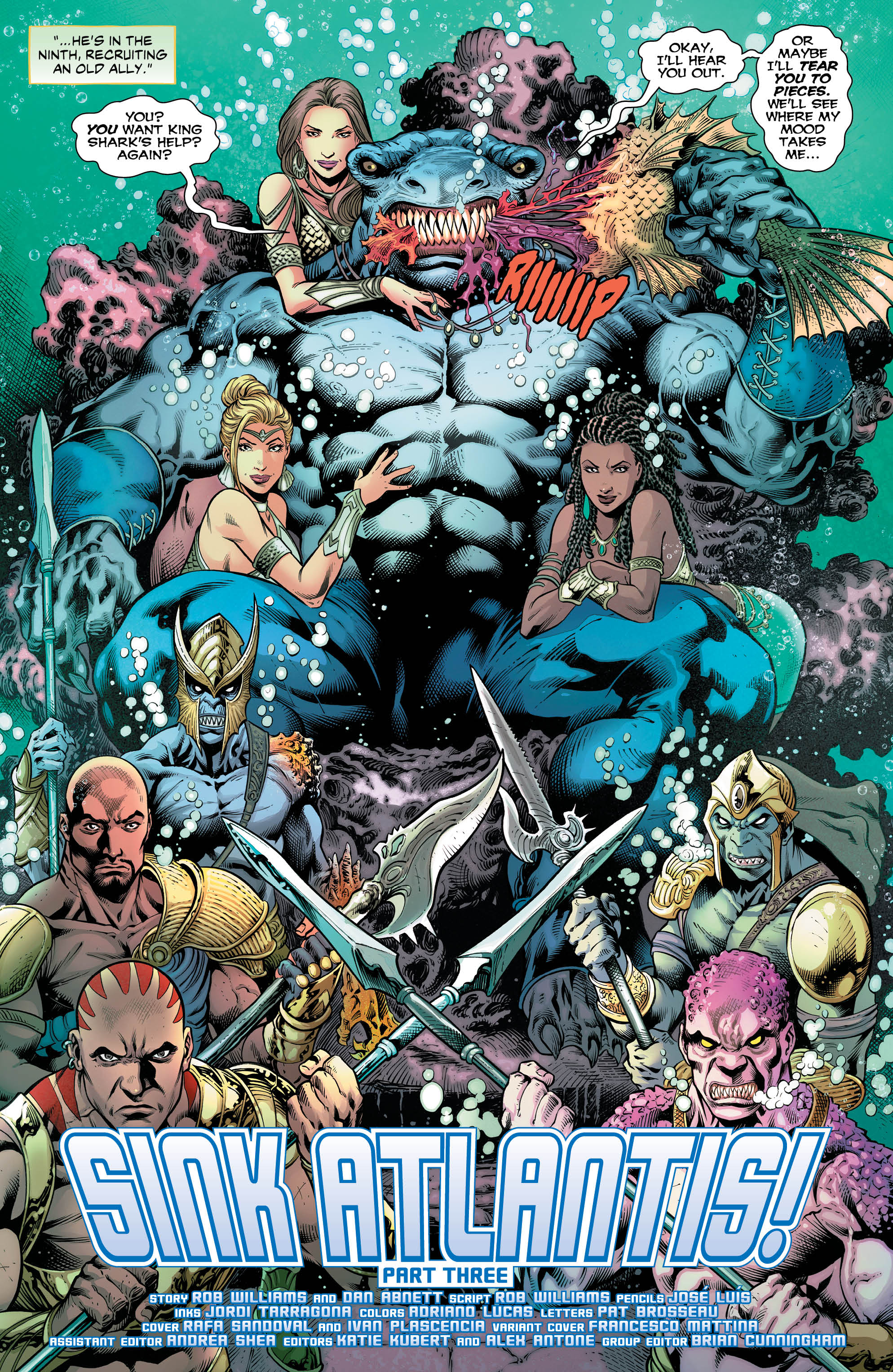 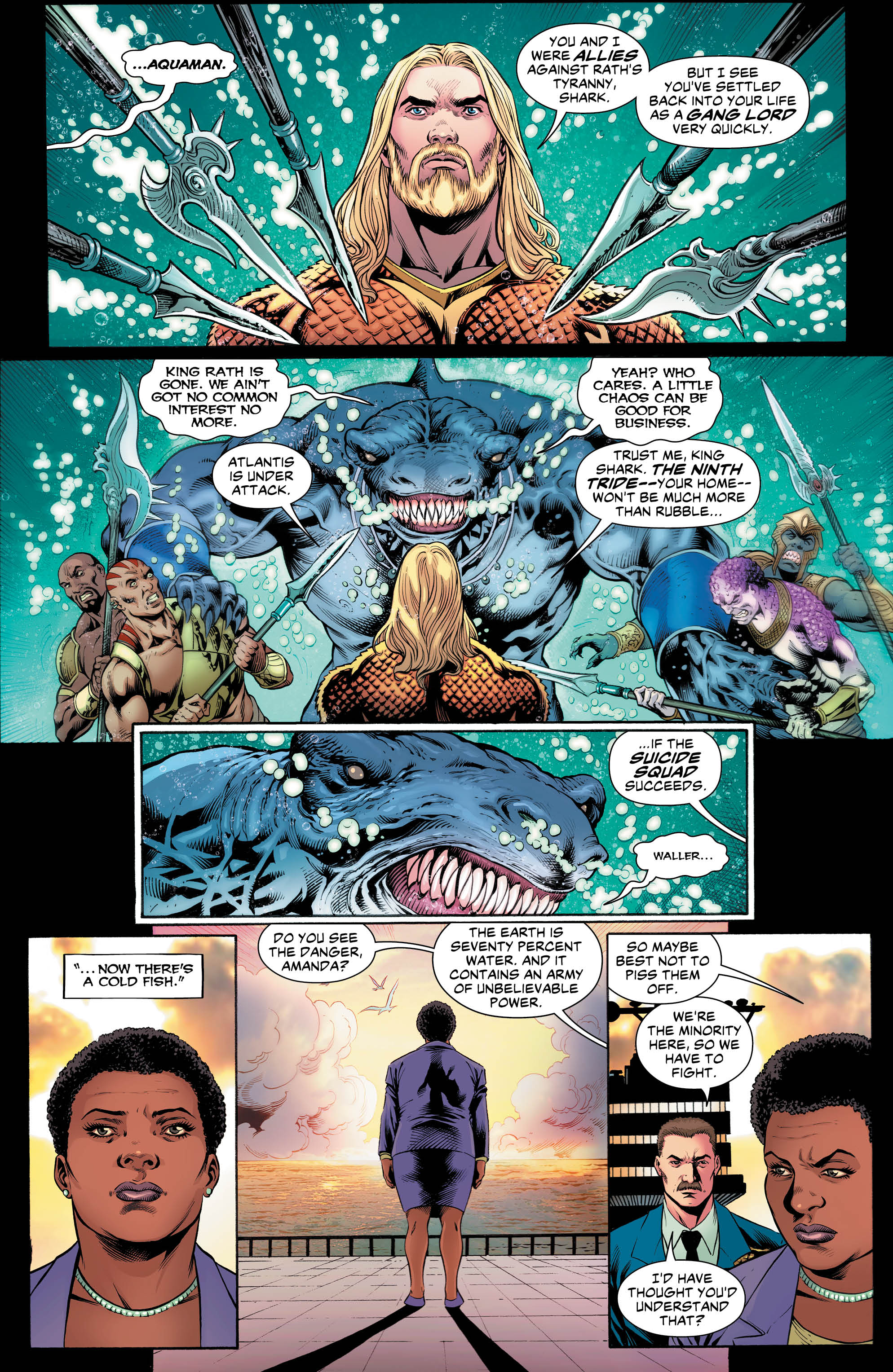 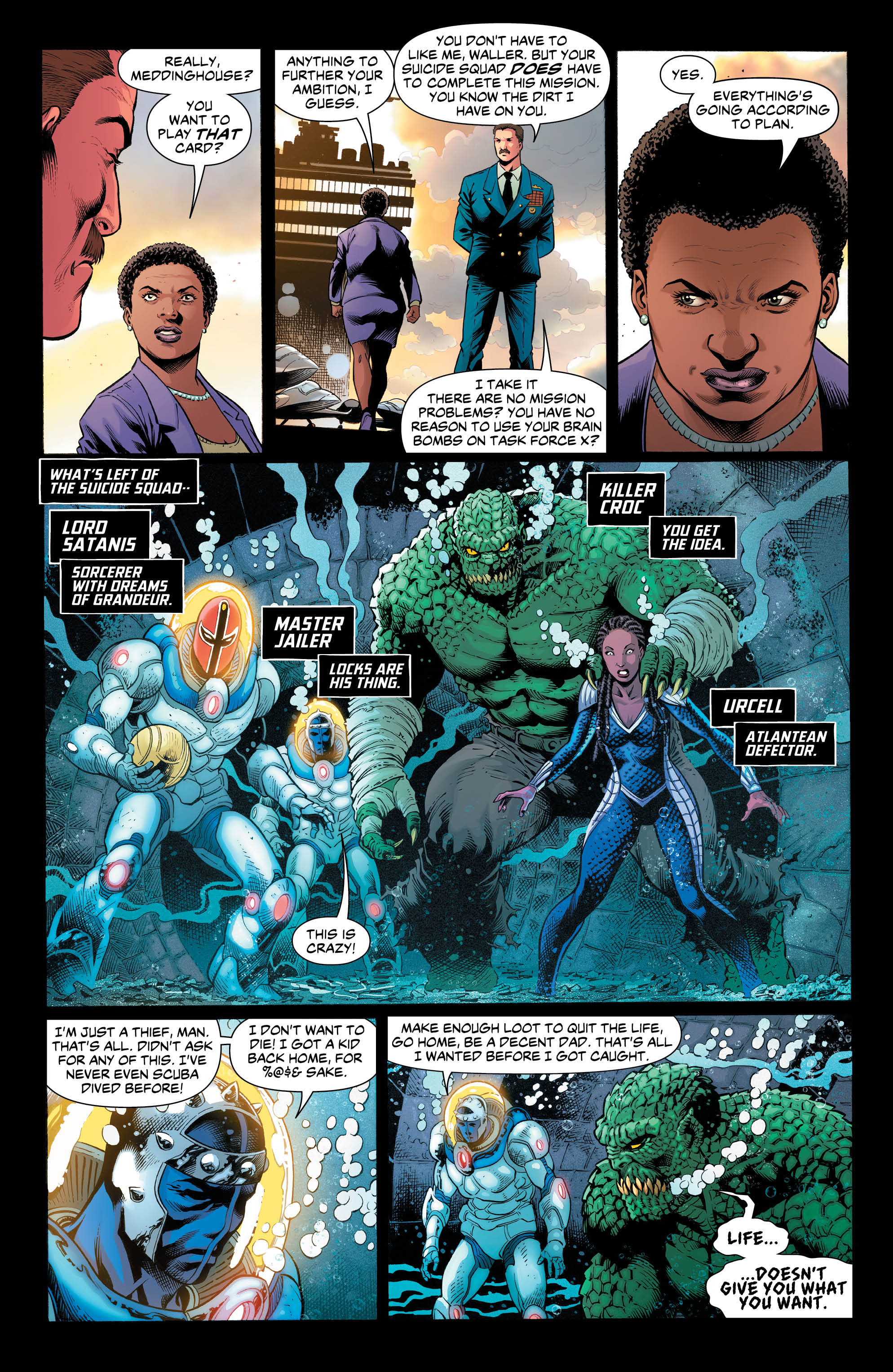 Williams is doing something fabulous with Suicide Squad, and that’s bringing in new characters. Not only that, but he’s also developing the characters that already exist within the series. It’s a dark day when Deadshot and Harley are the voices of reason!

Killer Croc’s lost everything, causing him to revert to his more ferocious nature. Deadshot has a new found respect for life, especially the lives of children. On the opposite side of the moral spectrum Lord Satanis fancies himself the new leader of the Suicide Squad and is willing to take out Waller in the process. Even Harley has grown a conscience, unwilling to carry out the horrific mission the Squad were sent to carry out.

Another excellent issue from Rob Williams. I love the new direction that the comic appears to be going in. The artwork in this issue is great as well. I love what Luis and Tarragona have done with the character designs of the new team members.

I’m looking forward to the final conclusion of this story in Aquaman #40.