DC Fans Can Now Be The Dark Knight In Skyrim!

If you’re playing Skyrim at the moment and you’re a DC fan, well you have struck gold. Now there is a mod available that allows you to play as the Dark Knight. The mod also includes a friendly NPC Alfred, a Batcave, and even your own Bat-horse! You can give thanks to user, TuffMcKagen for all this.

The backstory of the mod is interesting to say the least, who is the strange creature of the night lurking the shadows of Tamriel?!

An urban legend haunts Tamriel; all of the holds… the townsfolk whisper of him… of it.

The mod comes with a great array of components which include: 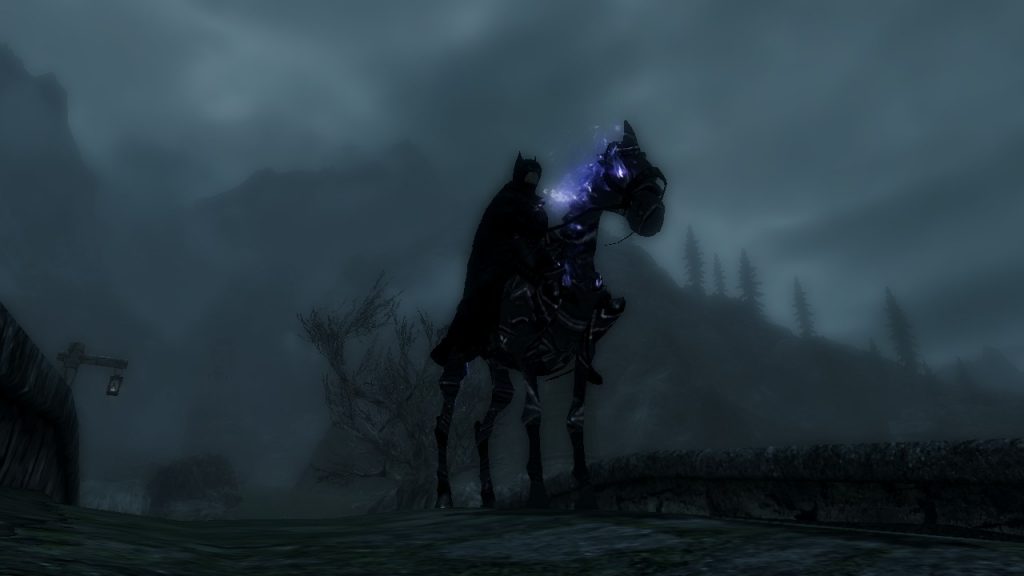 The creator of the Dark Knight Mod said:

Well, the player gets a new home, called Vaynius Manor (lore-friendly version of Wayne Manor). It’s a massive complex, comparable to the Goldenglow Estate, except the player owns it. You also gain access to theBatcave, the underground cave system of the Vaynius Manor converted to be a base of operations, complete with many things that you’ll just have to see for yourself.

A new race is added; basically, a race outfitted with the skills and whatnot necessary to be the Batman.

A new set of armor is added,the Batsuit. Let me be clear right now– the Batsuit… is severely overpowered. Why?
Because you’re Batman.

Also (this is admittedly experimental), there is a new enemy for you to fight. You’ll find him rampaging (literally) in Markarth. Stop him before he kills anybody!! He’s a man of impossible frame, and he’s wearing a Luchador mask… claiming to be born in the darkness.

(A side note: unless you’re an overpowered god in your own right, you’re going to need the Batsuit to defeat him).

The mod is available now for PC gamers, there is no information for console as yet. For information on how to download it you can check this link out!