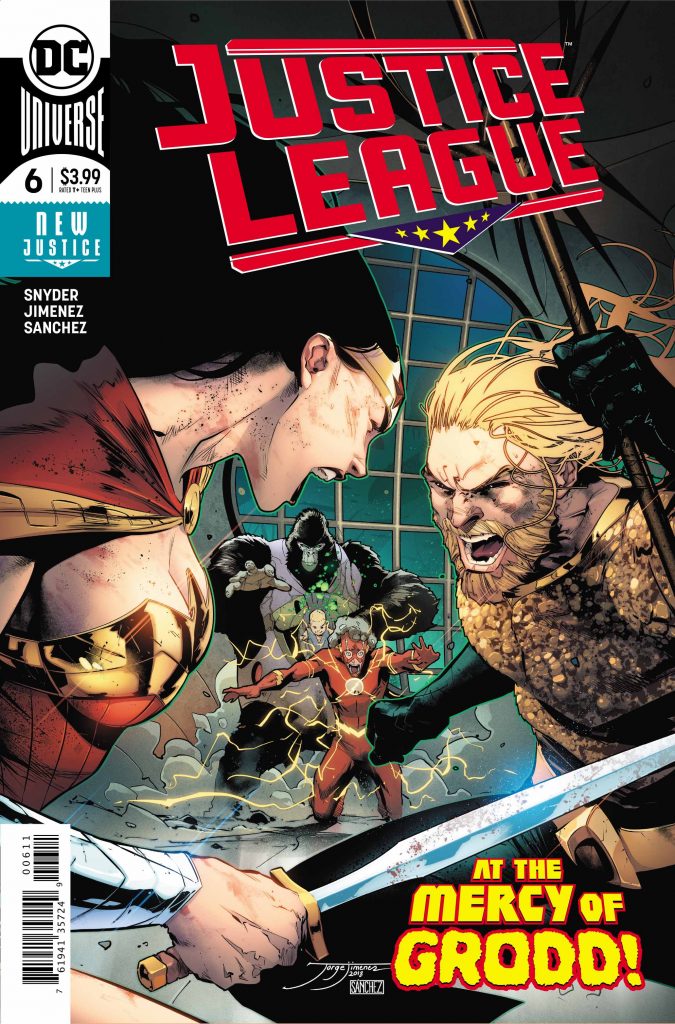 As fellow Dark Knight News writer Eric Lee has revealed, Scott Snyder and Jorge Jiménez took a temporary hiatus from Justice League. The team plans on working through at least fifty issues. With issue #6 they have returned with the next instalment of “The Totality,” and they have not let us down.

John Stewart has a Pinocchio moment, and the League comes to terms with their shortcomings. Bruce has his arms and legs handed to him and Luthor gets a doorknob. To top it all off, almost like Avengers: Infinity War in reverse, half of the world becomes members of the Ultraviolet Corps. 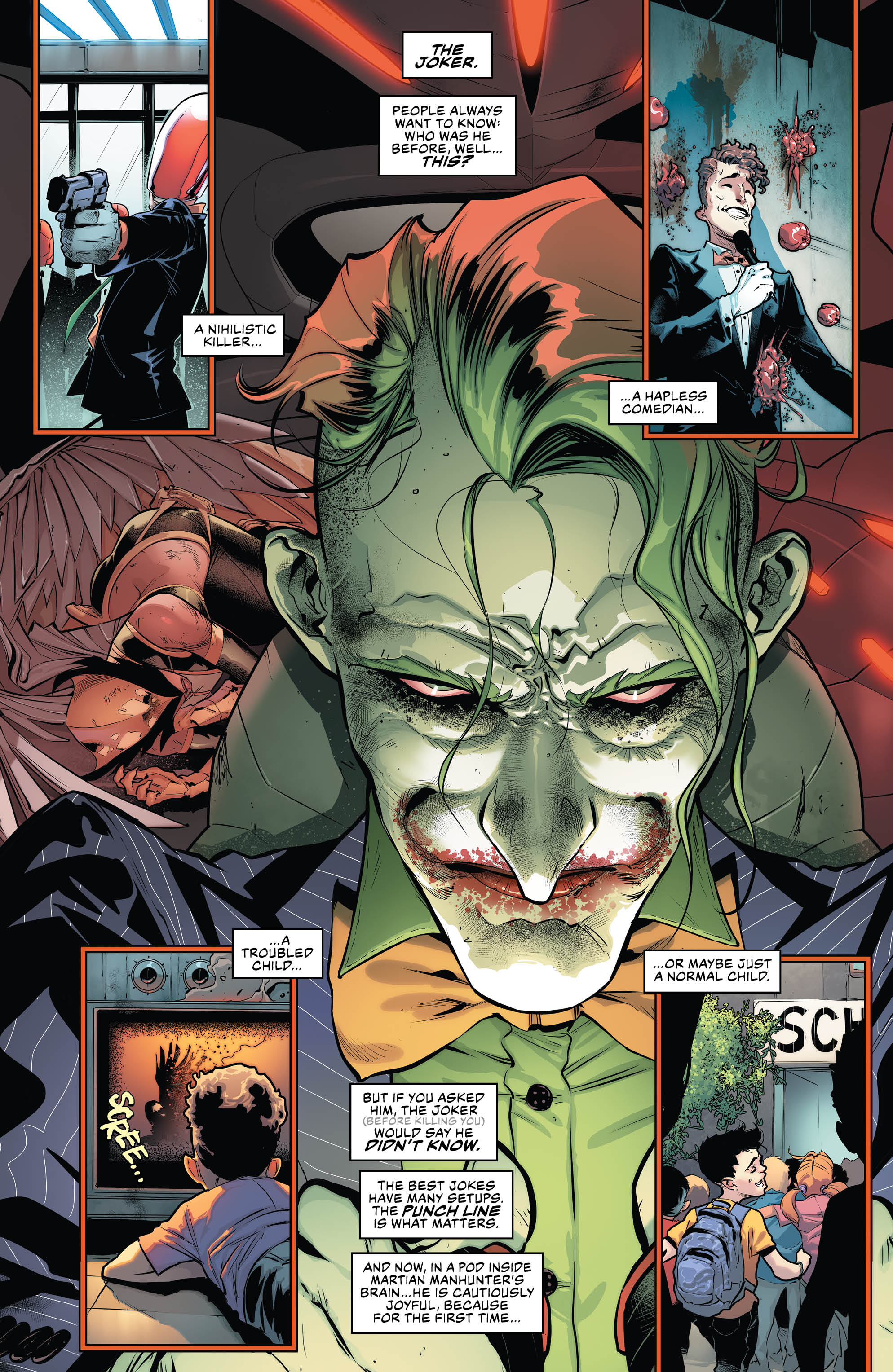 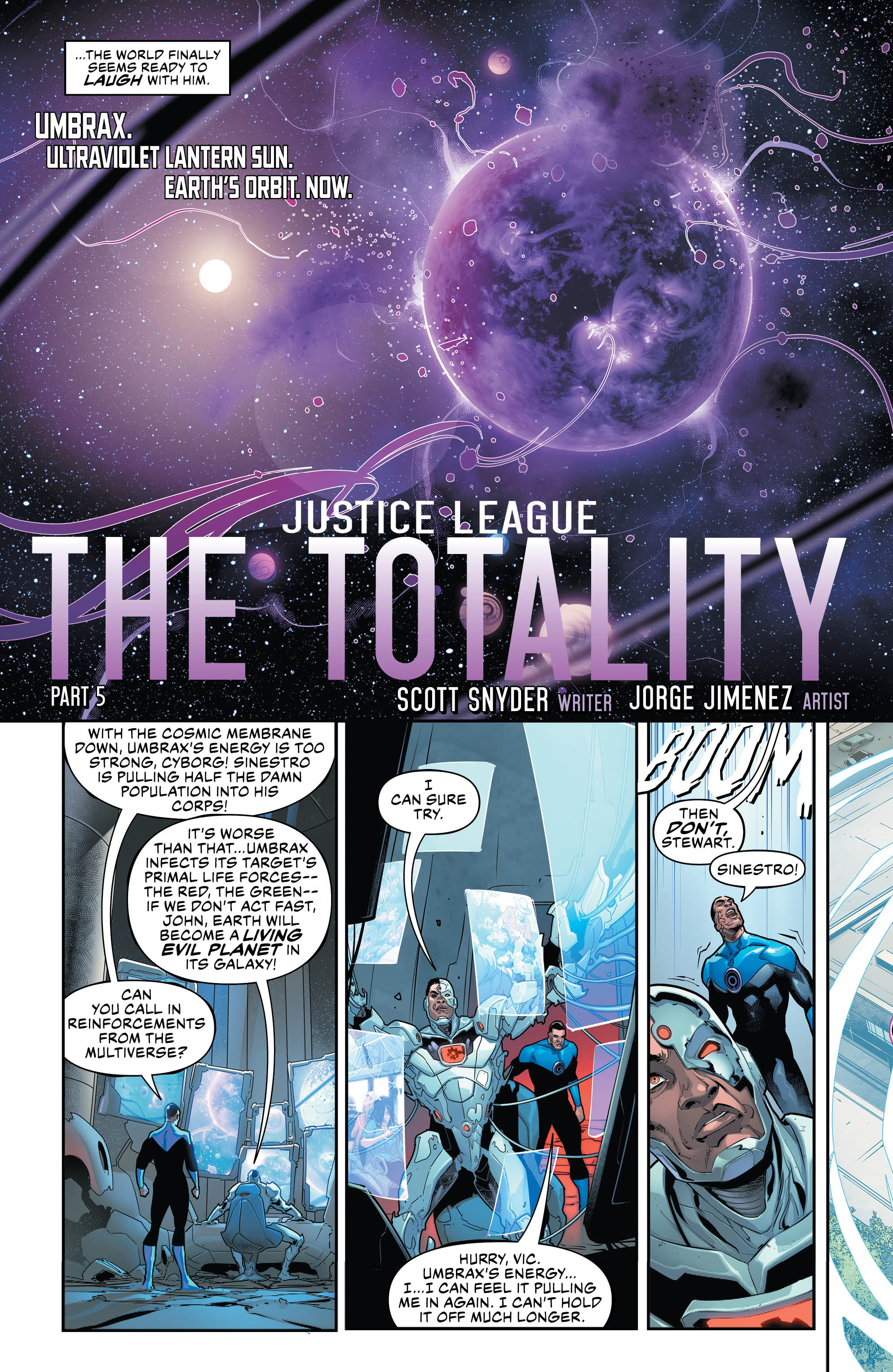 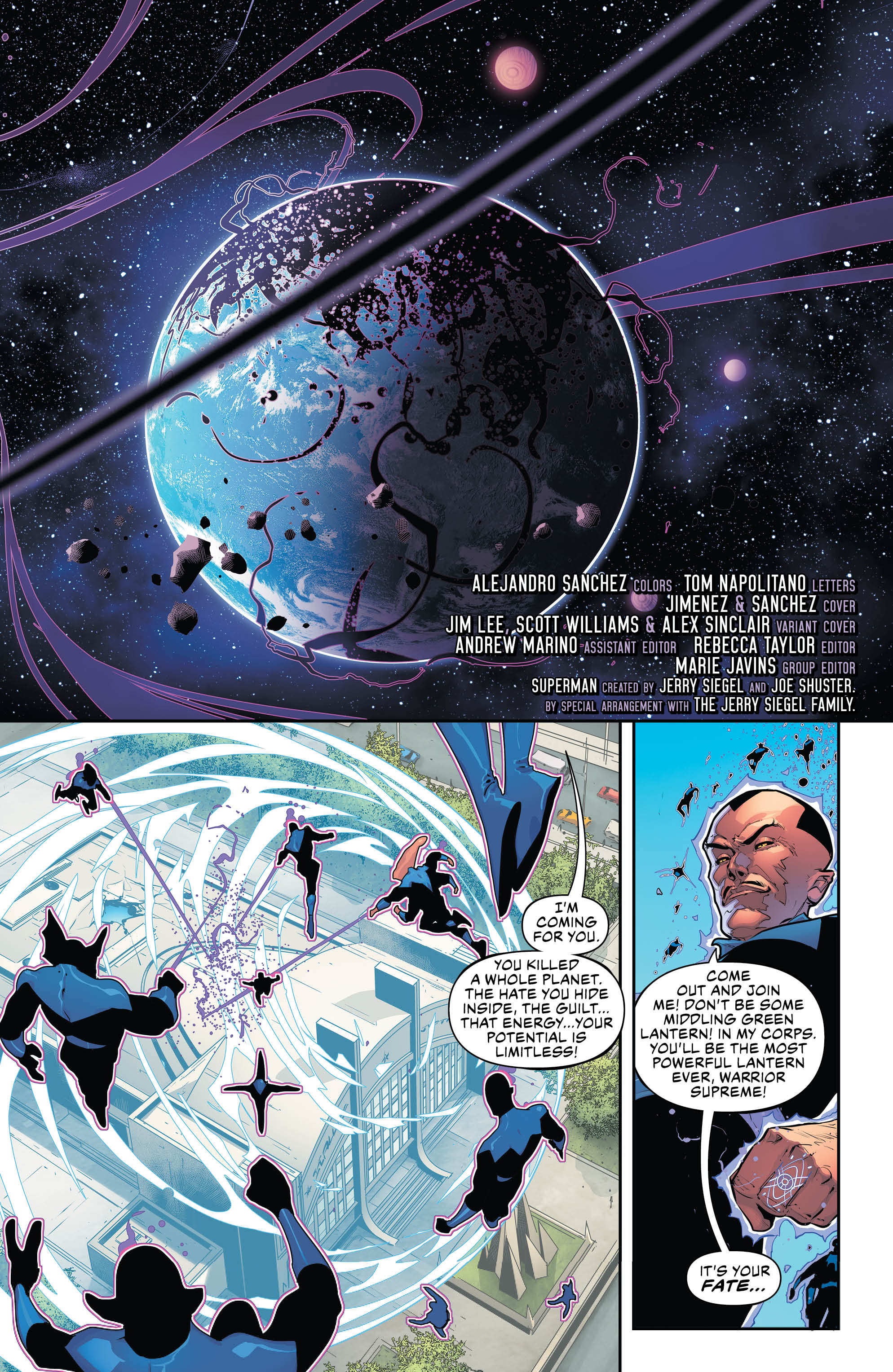 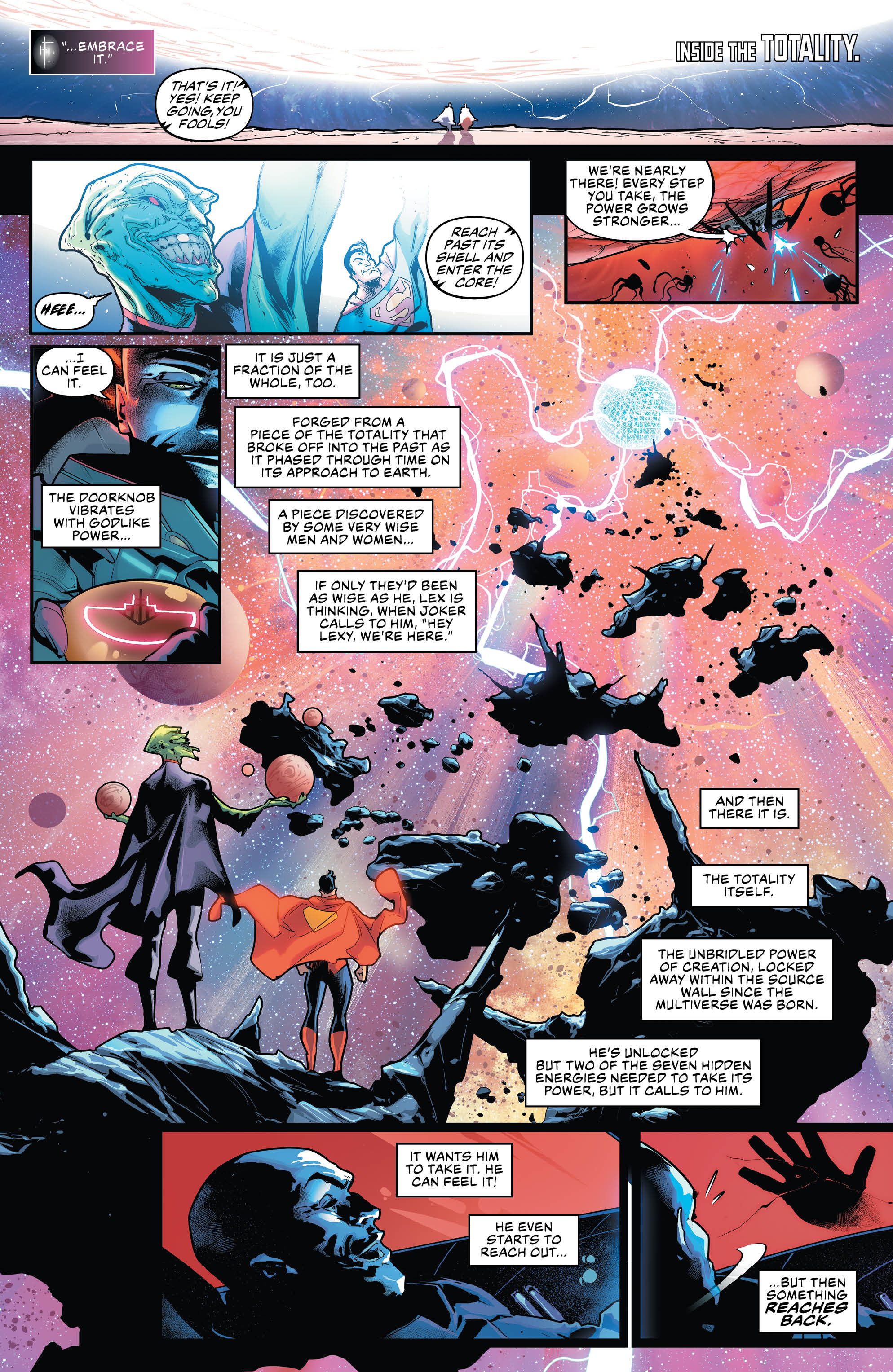 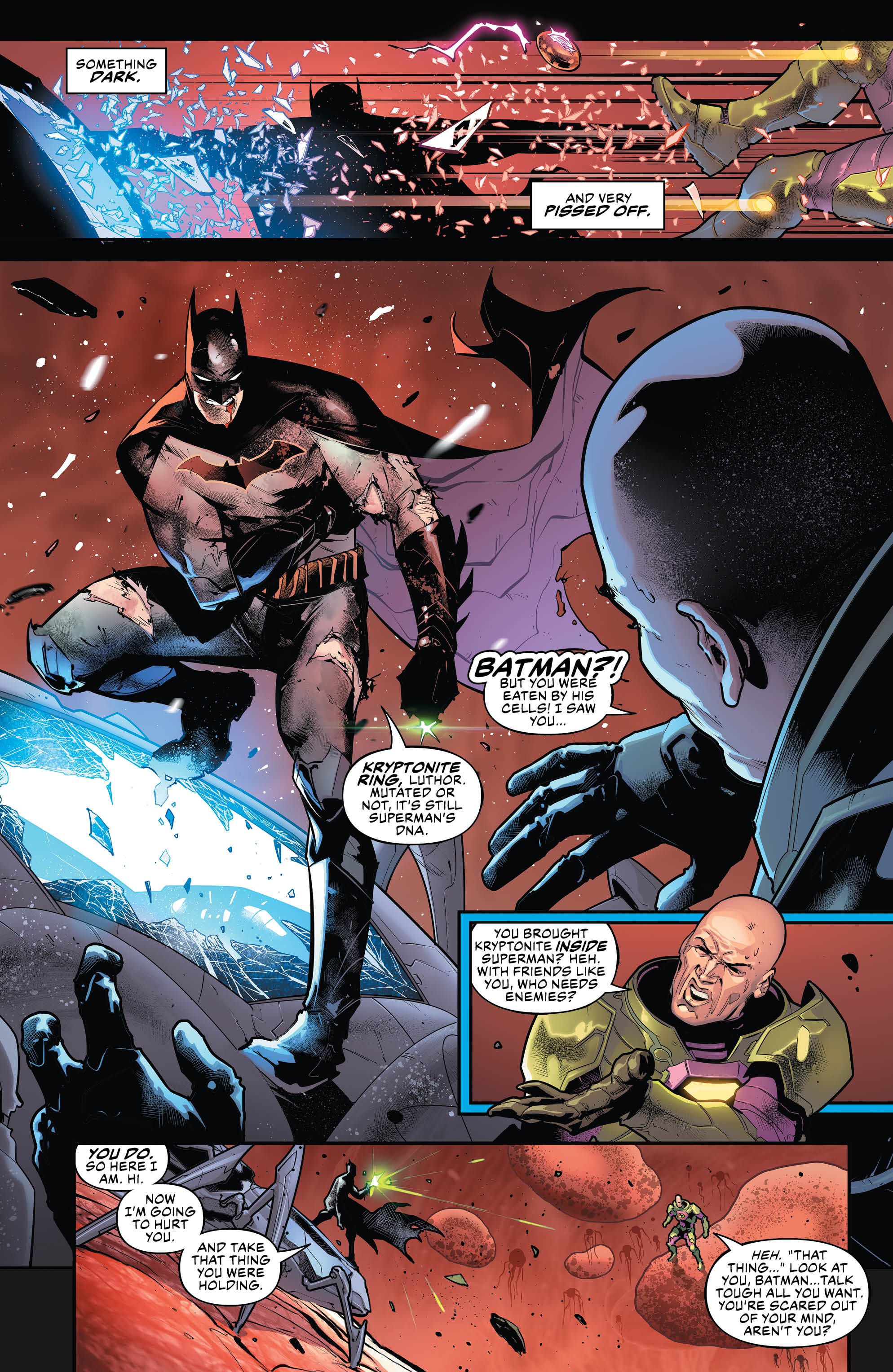 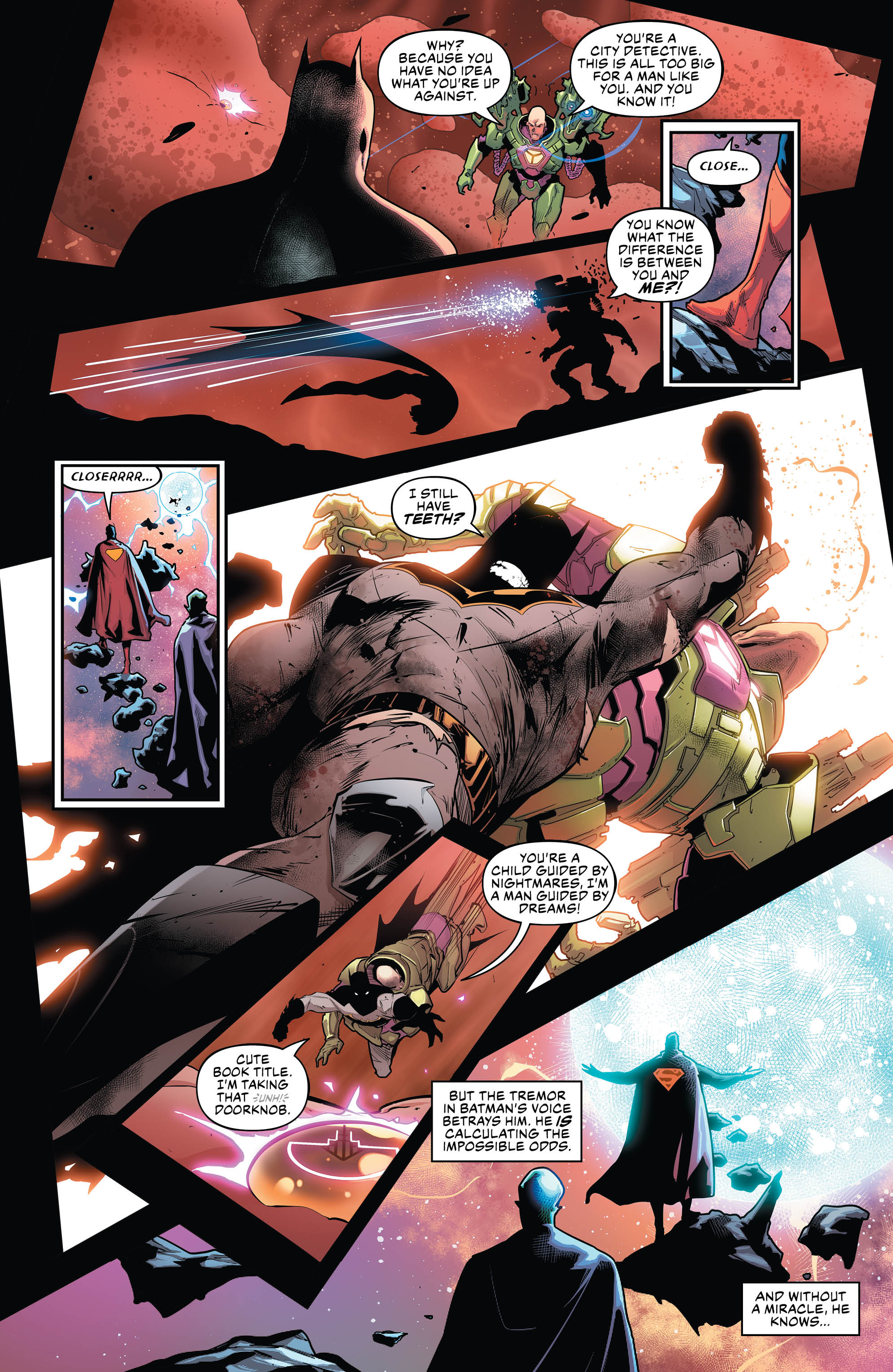 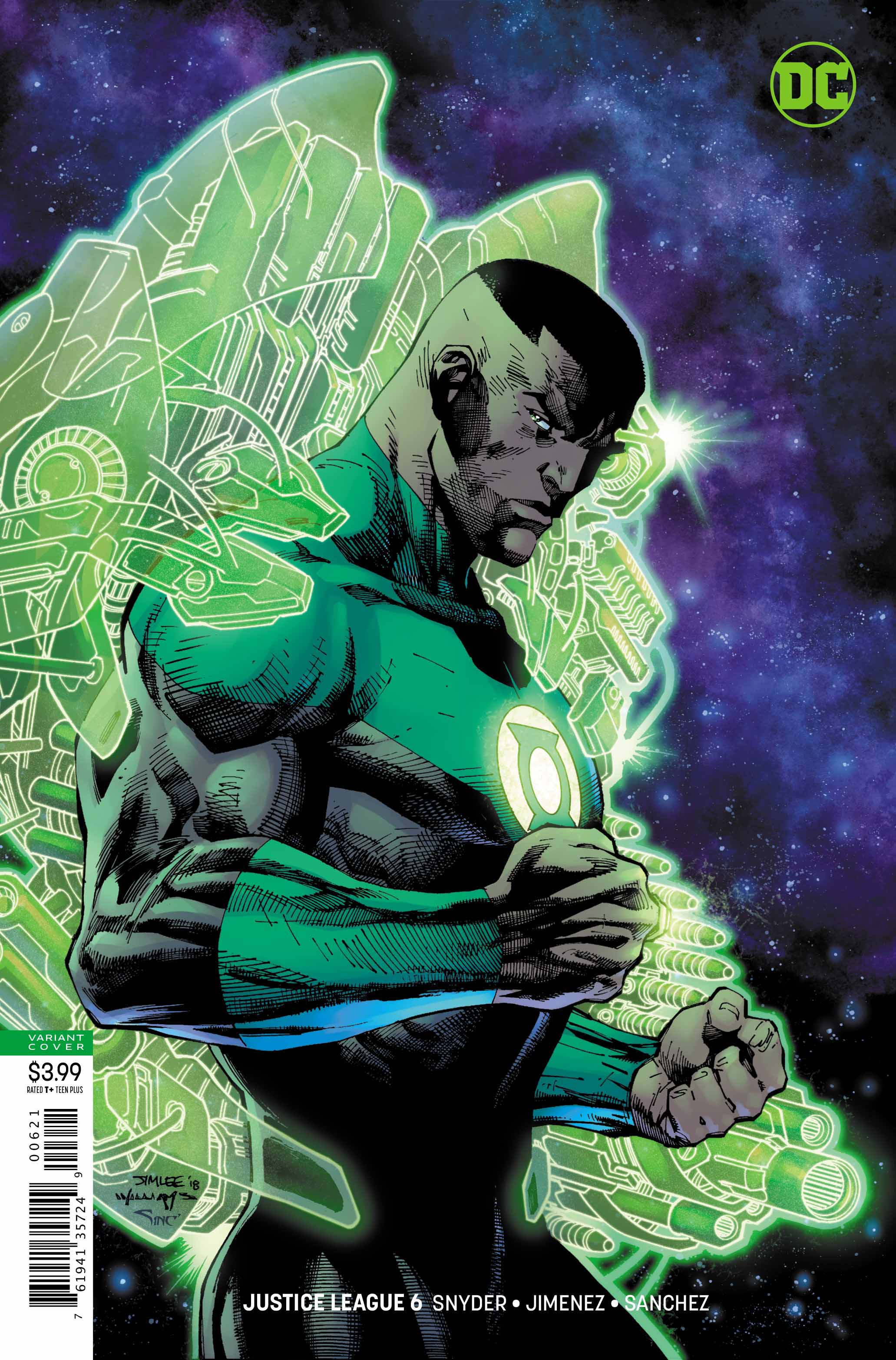 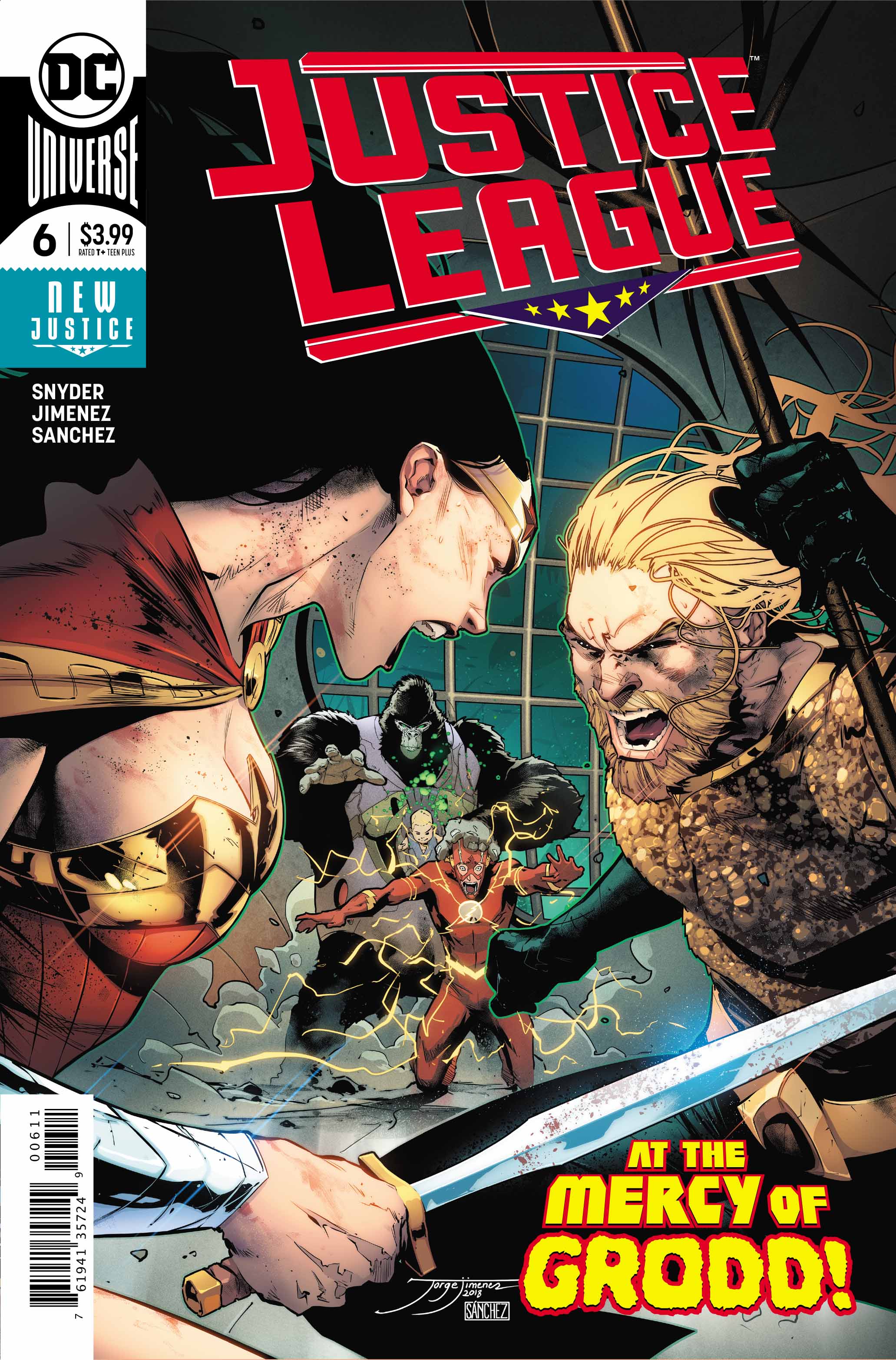 Snyder and Jiménez have not missed a beat in this latest instalment. Luthor and the Legion of Doom are still up to their standard villainy, but it looks like John Stewart may have found a solution to deal with their current Corps problem. The answer may also be the resolution to the League’s Totality problem. Snyder has written the League into the proverbial corner over the past few weeks, and it’s great to see some light at the end of the tunnel.

It was nice to break up the action in issue #5, but it’s also great for the story to pick back up where it left off. A well-written plot continues to unfold right before our eyes and the artwork is still top-tier. Since this is the fifth instalment of this arc, we should see a closing on the horizon. If it’s like the rest of this story, we should be in for a treat.