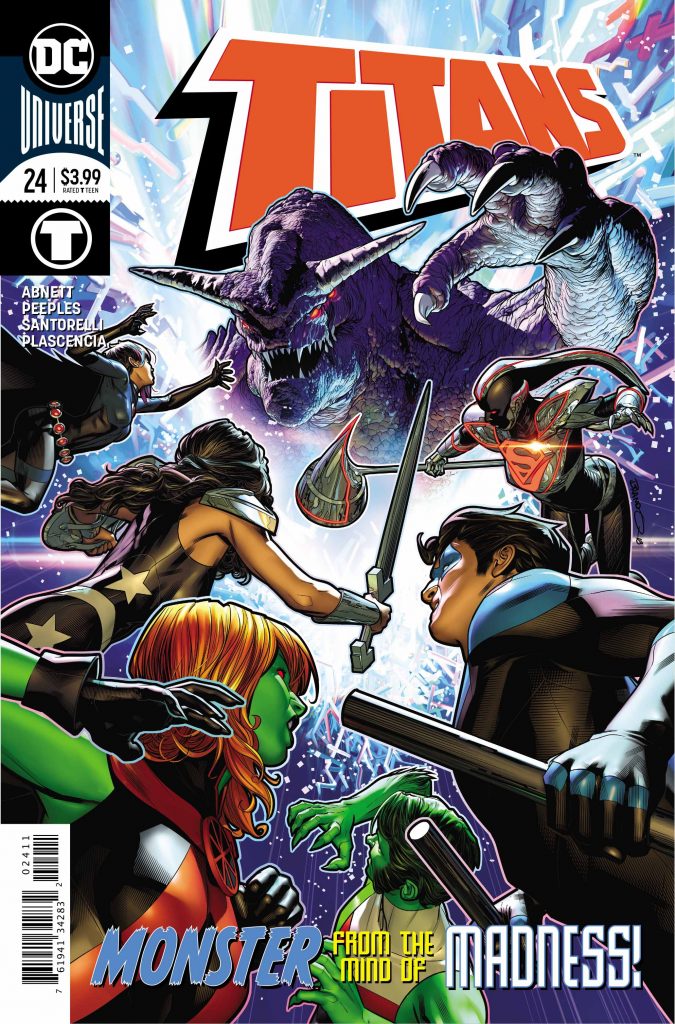 Imagine your thoughts coming to life. This is the premise of Titans #24. The Source Wall has fallen leaving Earth susceptible to attack and cosmic, empowering radiation. Nightwing’s new team is tasked with containing outbreaks. In Titans #24, an aging novelist’s world of characters comes to life. The Titans attempt to mitigate the imaginary threat with real-world consequences.

The story was compelling and mysterious. Despite this, humorous dialogue lifted the mood and added layers. In particular, the deviant new character proved fun when paired against Raven. Additionally, the other ghoulish character looked very Ghostbusters “Keymaster.” Utilizing the failed novelist’s imaginary world as a plot device yielded brilliant results. Having it remain a viable part of the multiverse is still shocking.

Artistically, the issue looked good. The pencils, inks, and colors blended together beautifully and the lettering leapt off the page. Fantastical creatures looked good and the action moved swiftly across the well-paced pages. Still, the art betrayed the narrative in places (or vice-versa). 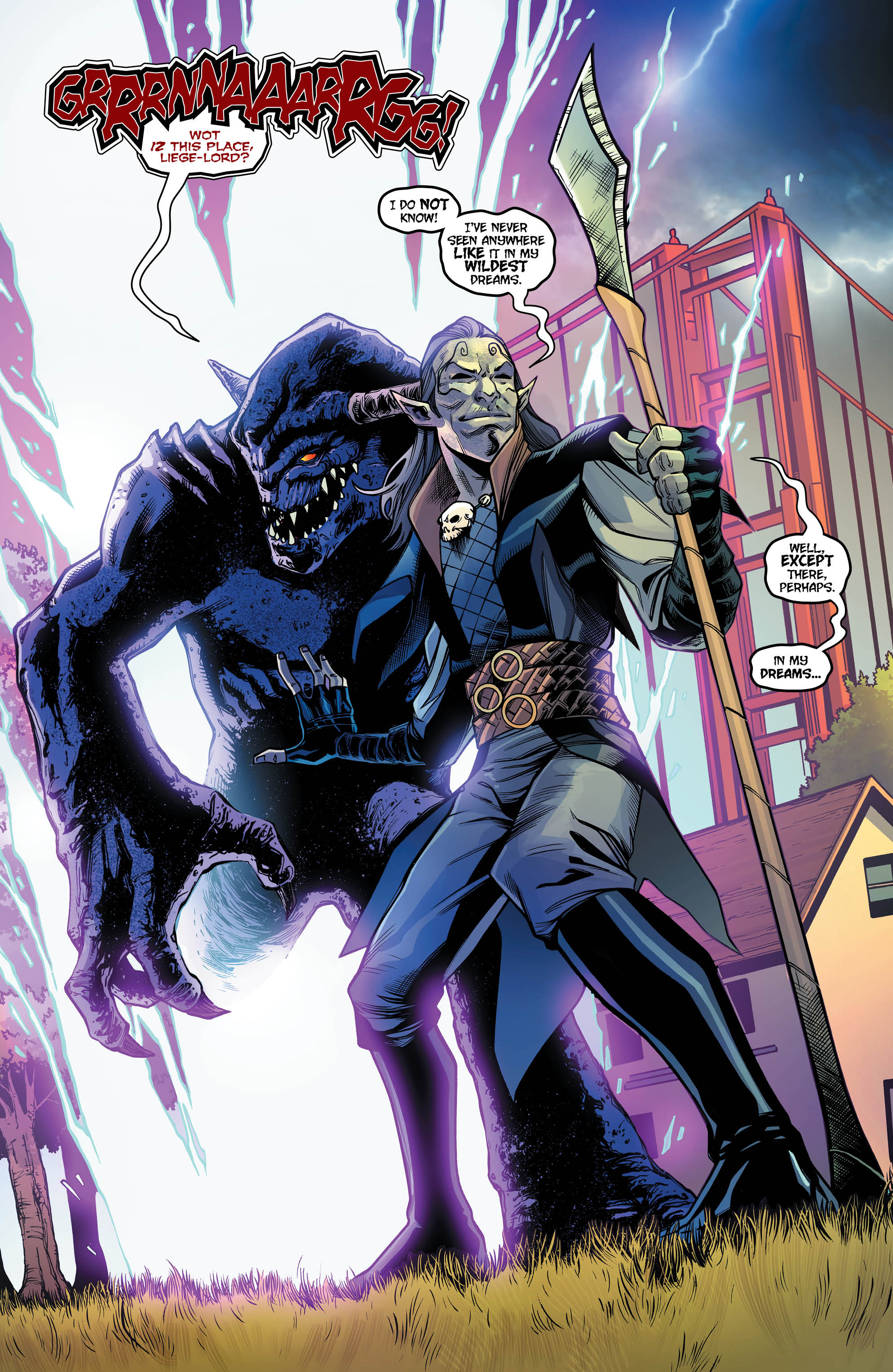 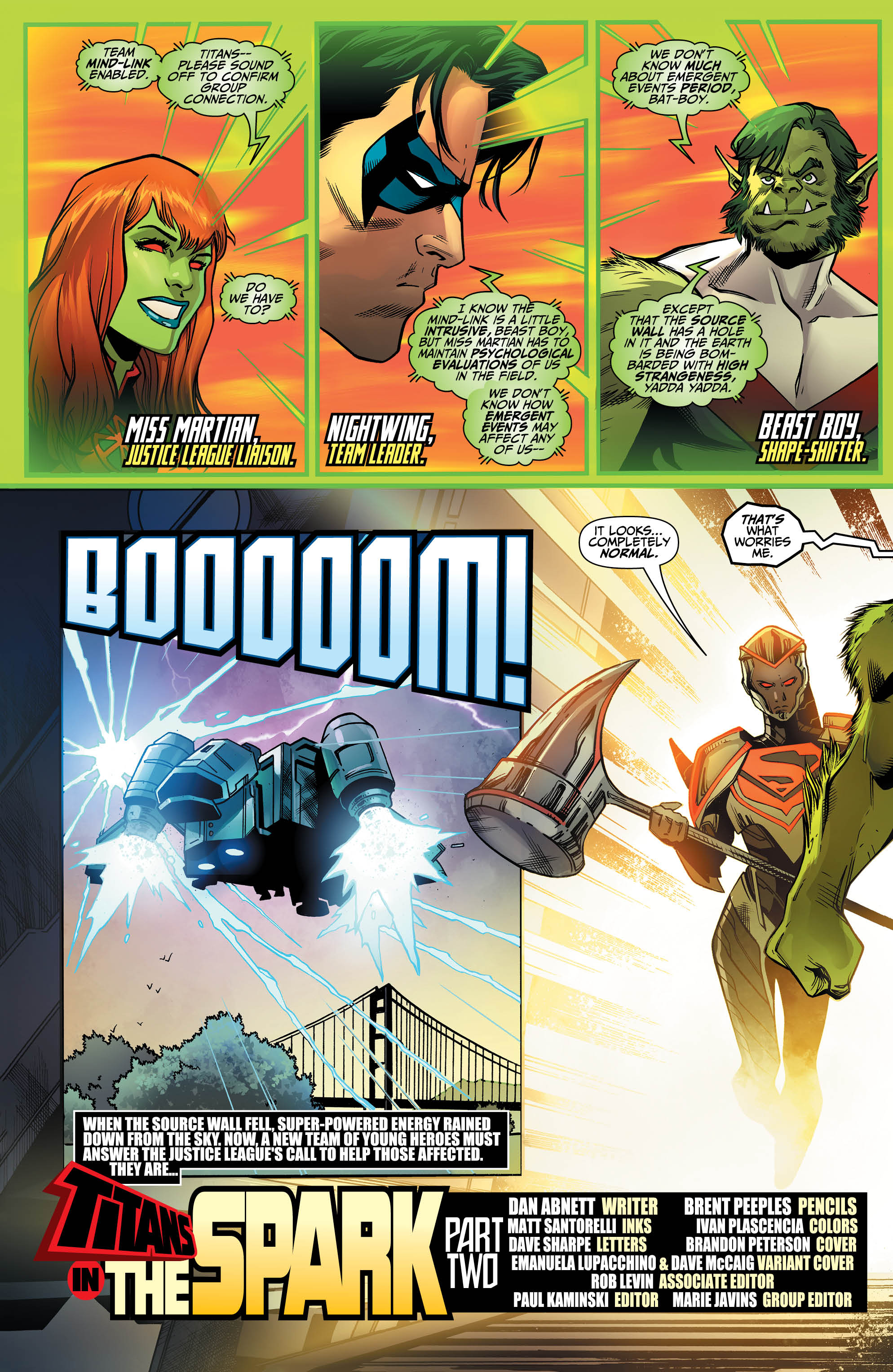 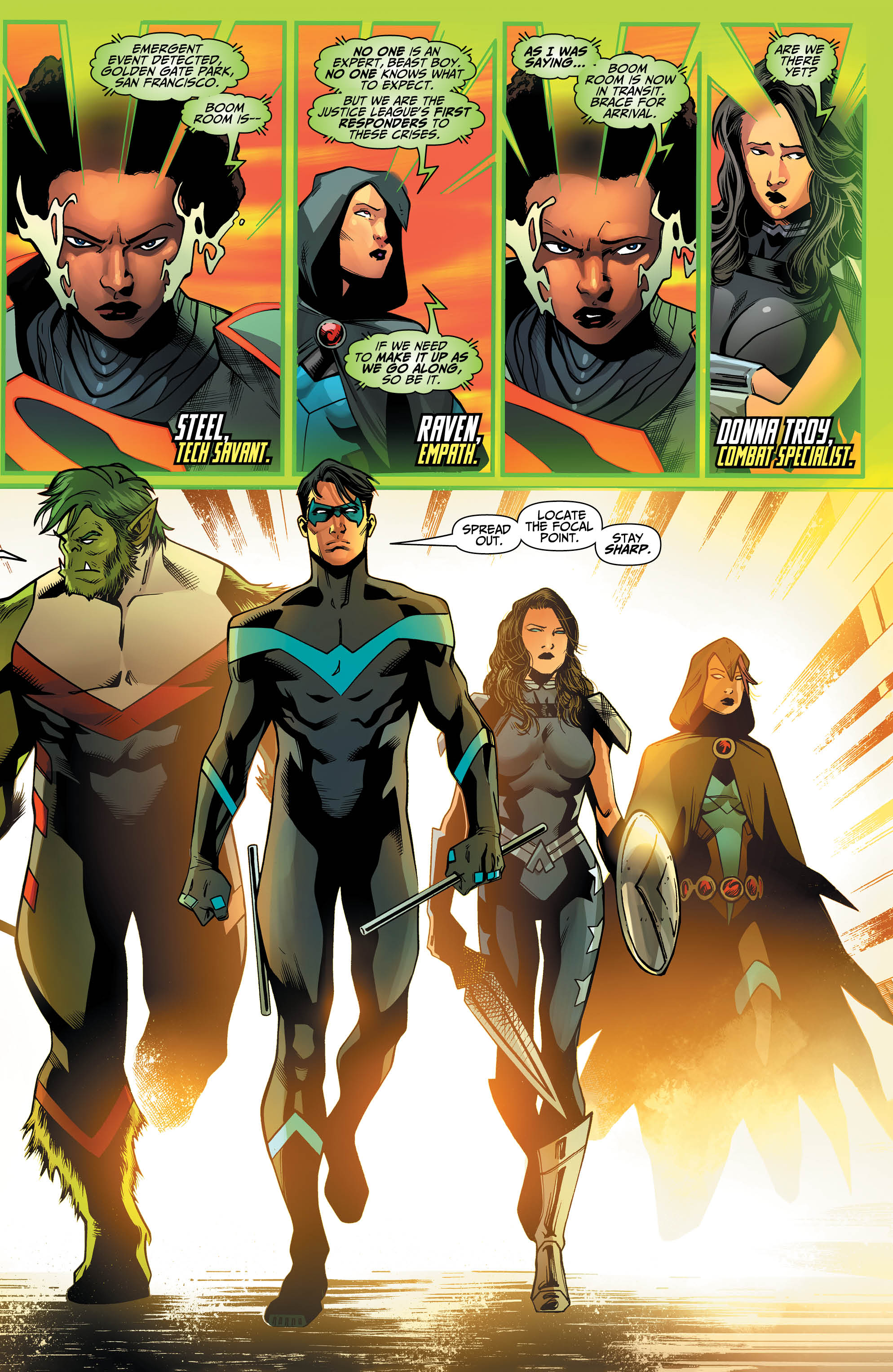 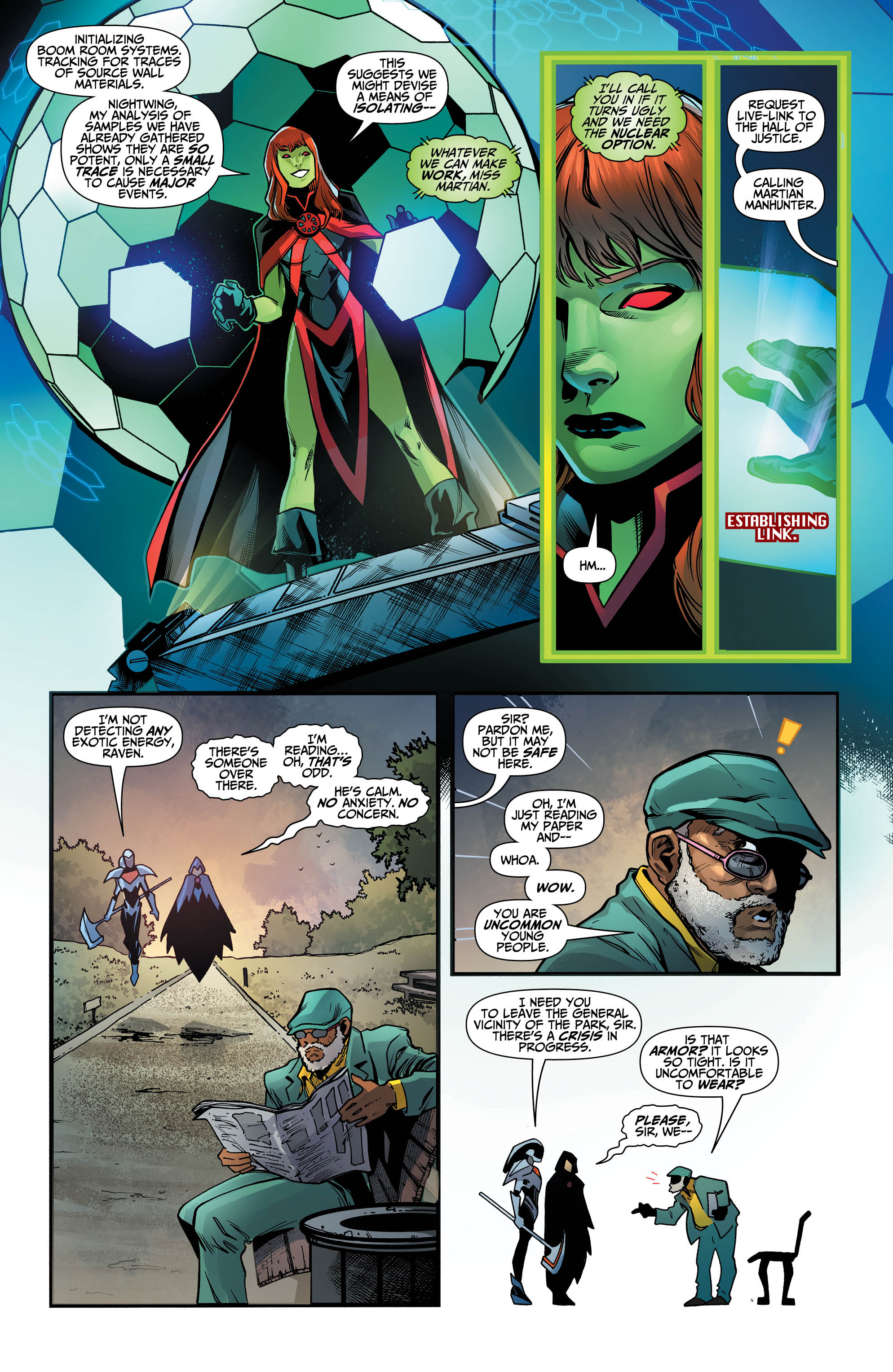 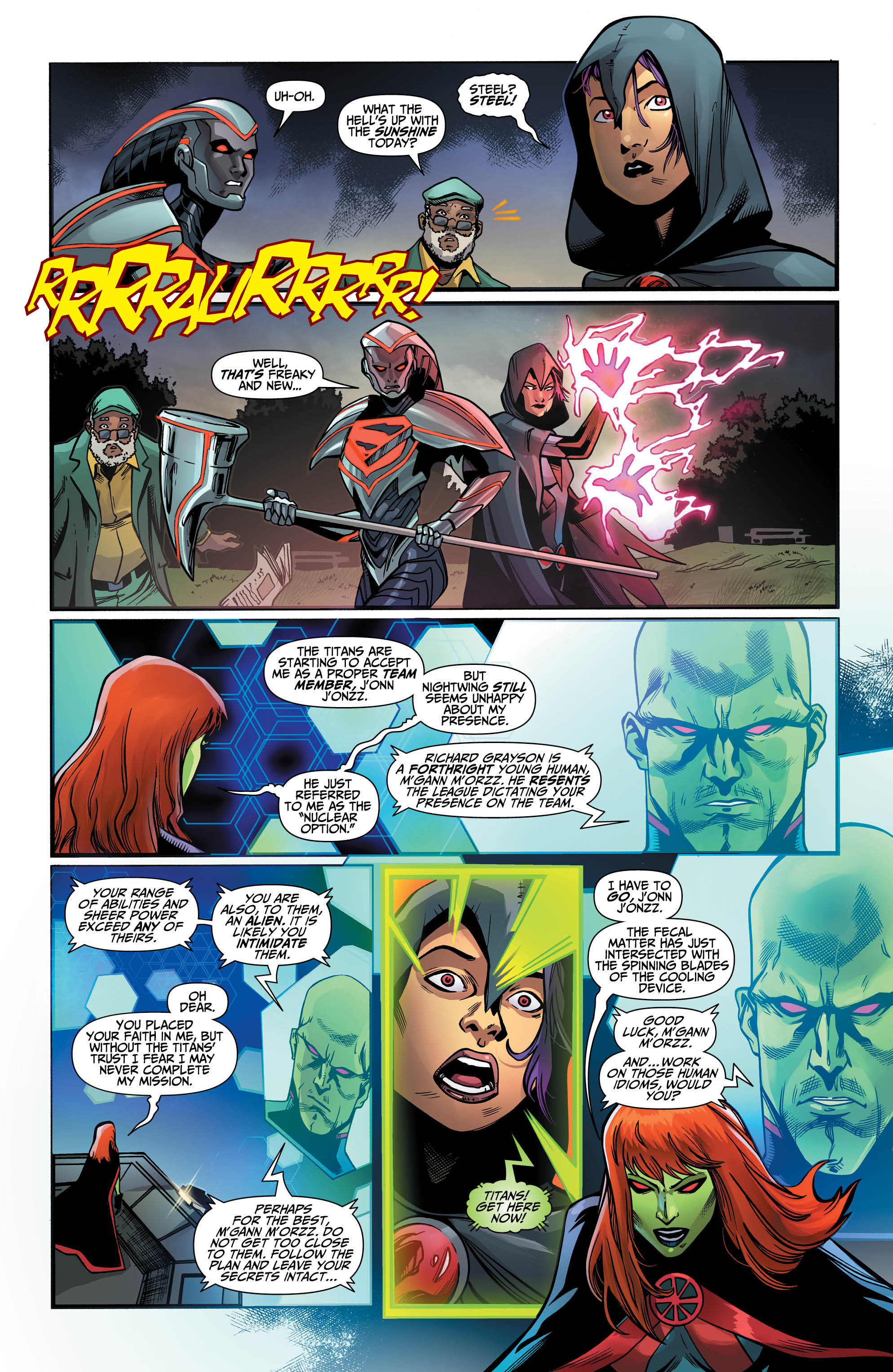 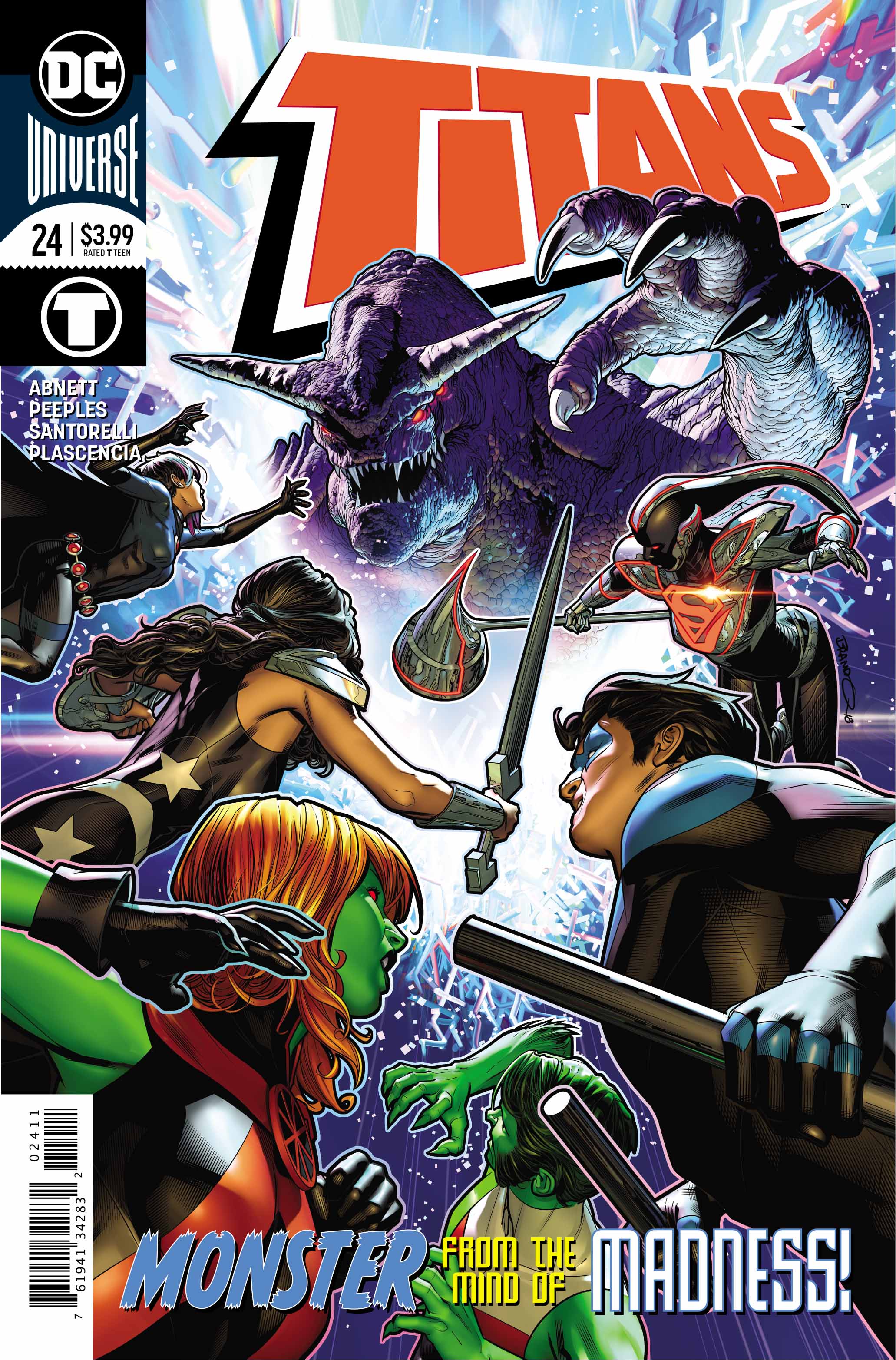 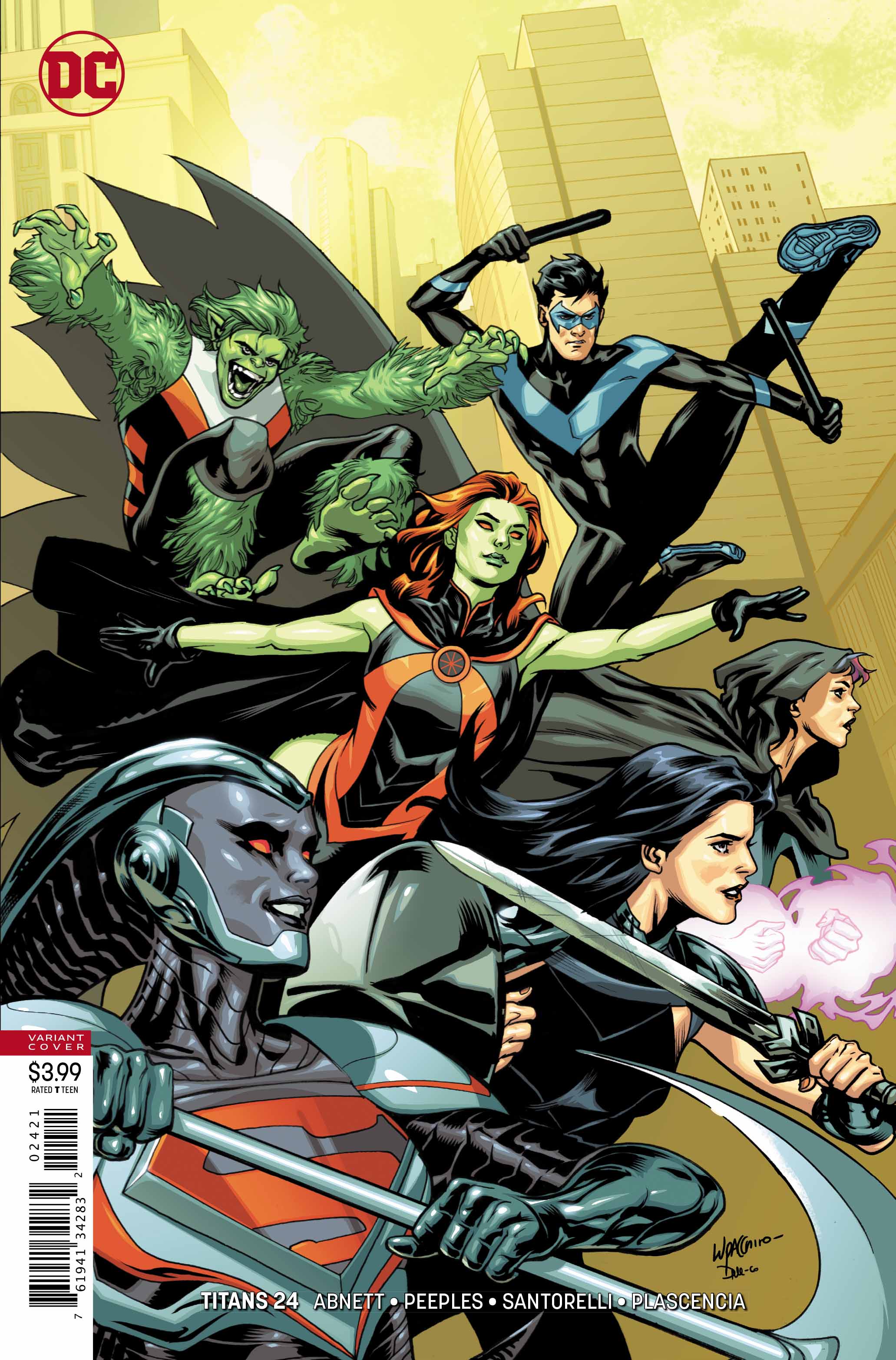 Consequently, I found the last few pages a little confusing. Seeing Raven deserted in a world of imagination while a monster took her place in ours could have been a significant and startling twist. Instead, the visuals felt disjointed showing Raven with the Titans in one panel and deserted in the next. Here, a potentially clean and terrifying finish lost its edge. So, is Raven present physically with the Titans and trapped mentally in “Unearth”?

Additionally, the mind link between the Titans lacked continuity between thought and verbiage. The narrative established a psychic link between the team members, however, they immediately spoke verbally to each other. Instead, differentiating thought balloons with colors assigned to each character could help the flow. Again, characters communicating via mind link were shown with open mouths, traditionally indicating verbal speech. In contrast, rendering characters with expressions that match would help the flow.

Titans #24 was intriguing and mysterious. The creative storytelling brought enjoyment to the reading. Most noteworthy, the brilliant plot device which utilized an imaginary world come to life struck a chord. However, there were some bumps along the way. Unfortunately, the issue lacked the flow readers expect from a typical Dan Abnett issue. Admittedly, the writer may have an ulterior motive with his slightly confusing conclusion, which will manifest in subsequent issues. As a result, without the advantage of foresight, Titans #24 felt less crisp than past offerings.