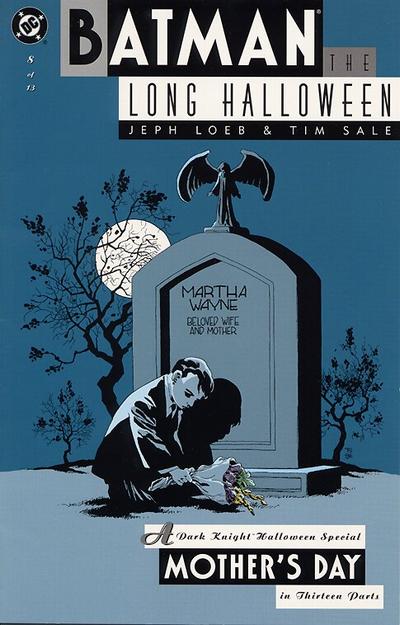 While Holiday is still free somewhere, Batman pays a visit to the Calendar Man in Arkham Asylum. The villain offers no real help once again, despite the promise that he knows who Holiday is.

In retrospect, Calendar Man is just wasting Batman’s time, since there is no way he could know Holiday’s true identity. In fact, one may even venture that these Calendar Man scenes set up his involvement in Dark Victory. 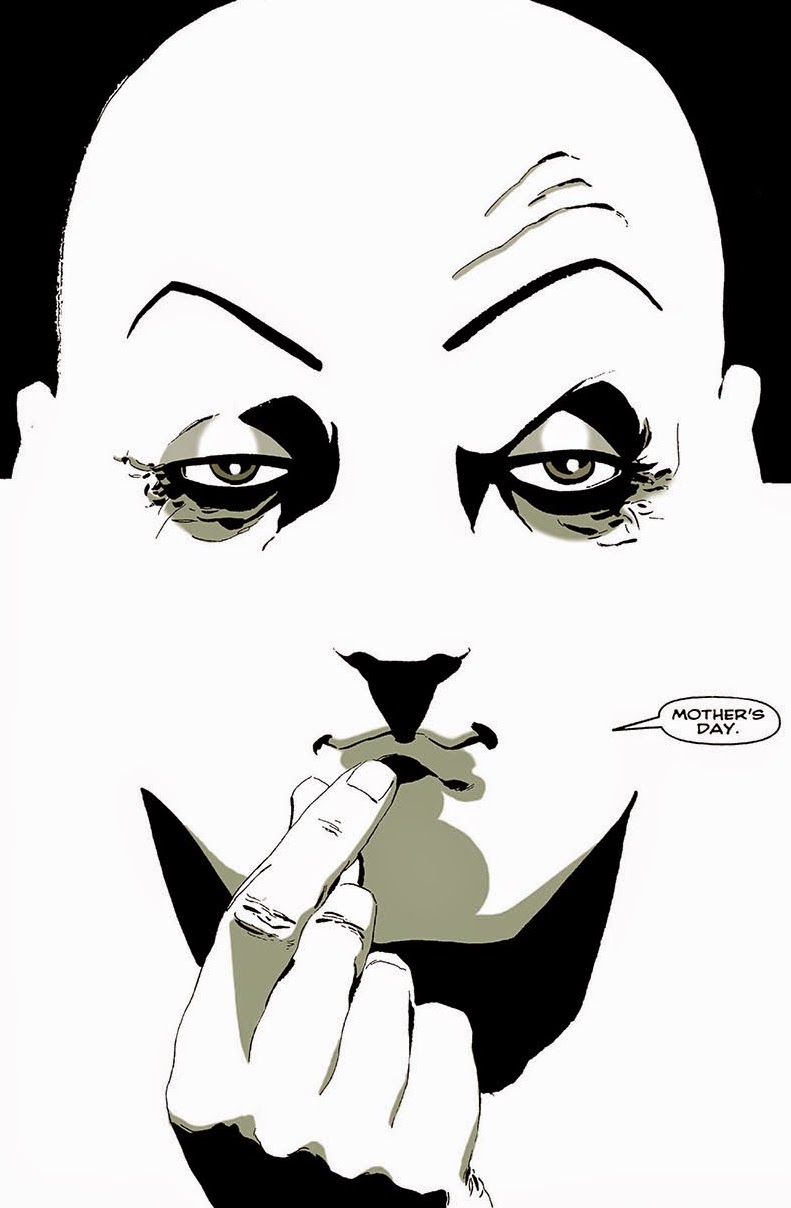 Despite Calendar Man having no real effect on the overall plot of The Long Halloween, the scene does not feel wasteful. Jeph Loeb is still able to make him feel eerie for someone who’s always essentially been a joke villain. Tim Sale’s creepy, sanitized look of Calendar Man also contributes to the uneasy, off-putting personality. Also, the fact that Calendar Man confirms that Harvey Dent is a Gemini is a funny, subtle piece of foreshadowing.

Scarecrow As A Plot Device

Unfortunately for Batman, their interaction is interrupted by the escape of Scarecrow. The narrative of the escape and even the eventual pay-off in later issues is fairly underwhelming. While it sort of makes this whole Scarecrow plot ultimately meaningless, it does contribute a few good moments as a plot device.

First, Loeb knows how to pace a story for maximum dramatic effect. The build-up Batman seeing the horrible aftermath of the Scarecrow’s escape, to the double-splash page of Scarecrow on a horse is perfect. The dramatic page reveals makes the comic more exciting, even though the plot twist is brief. Sale’s depiction of the Scarecrow is awesome. He is drawn as a lean, wiry man, but not overly-grotesque. 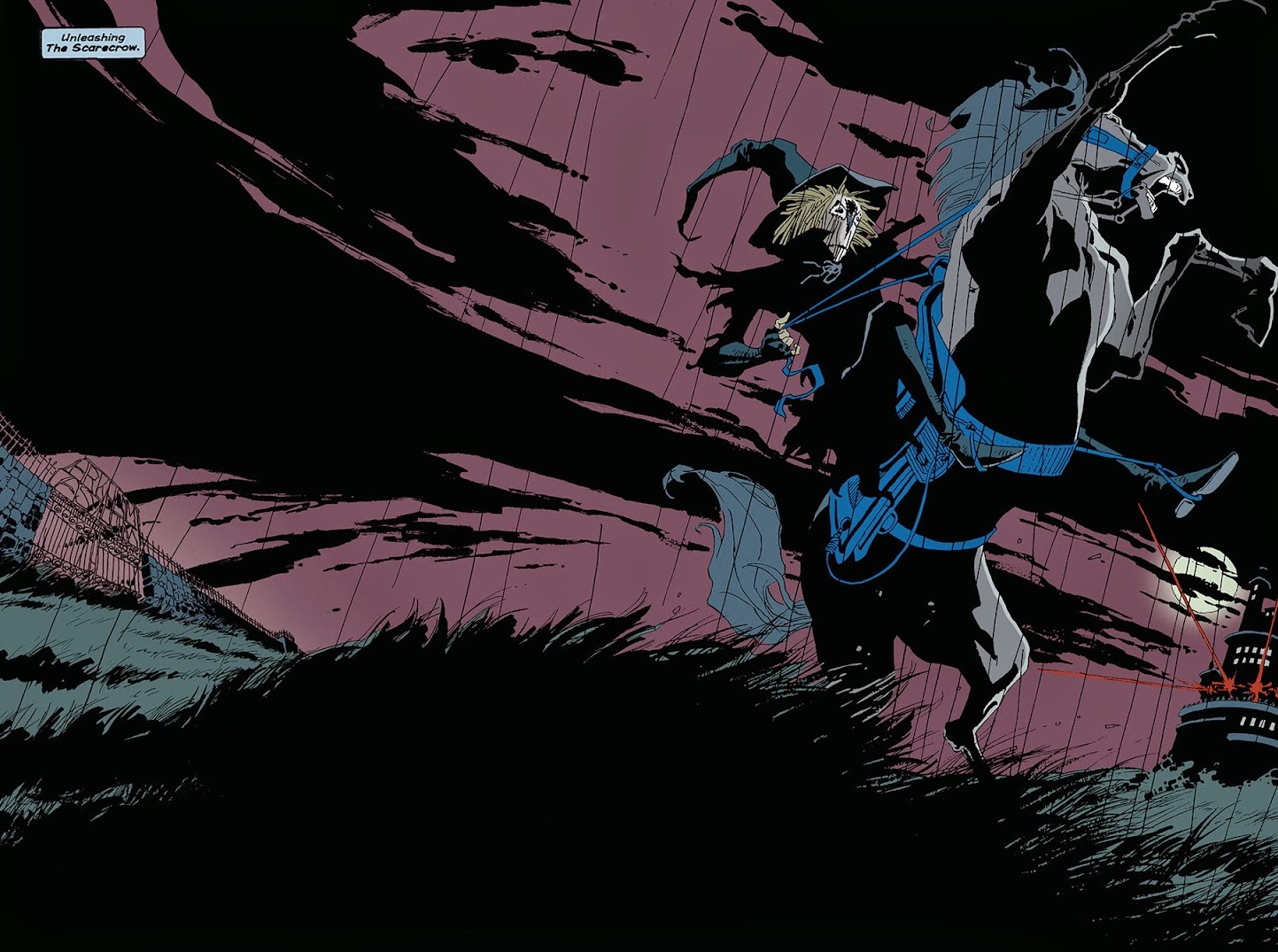 Second, the Scarecrow appearance also jumpstarts the main plot of the issue: Bruce Wayne gets fear-gassed and is being hunted by the police. This is a clever way to heighten the drama and raise the stakes.

Bruce is confronted by the police for being a suspected accomplice of Falcone, leading to a fear-induced chase across the city, which eventually ends with the police surrounding Bruce, crying, as he clutches his mother’s tombstone.

Wow, the ending is amazing and the pinnacle of melodrama. While this issue does not speak to anything new about Bruce and his love for his mother, it does offer high drama in a way that only comic books can. 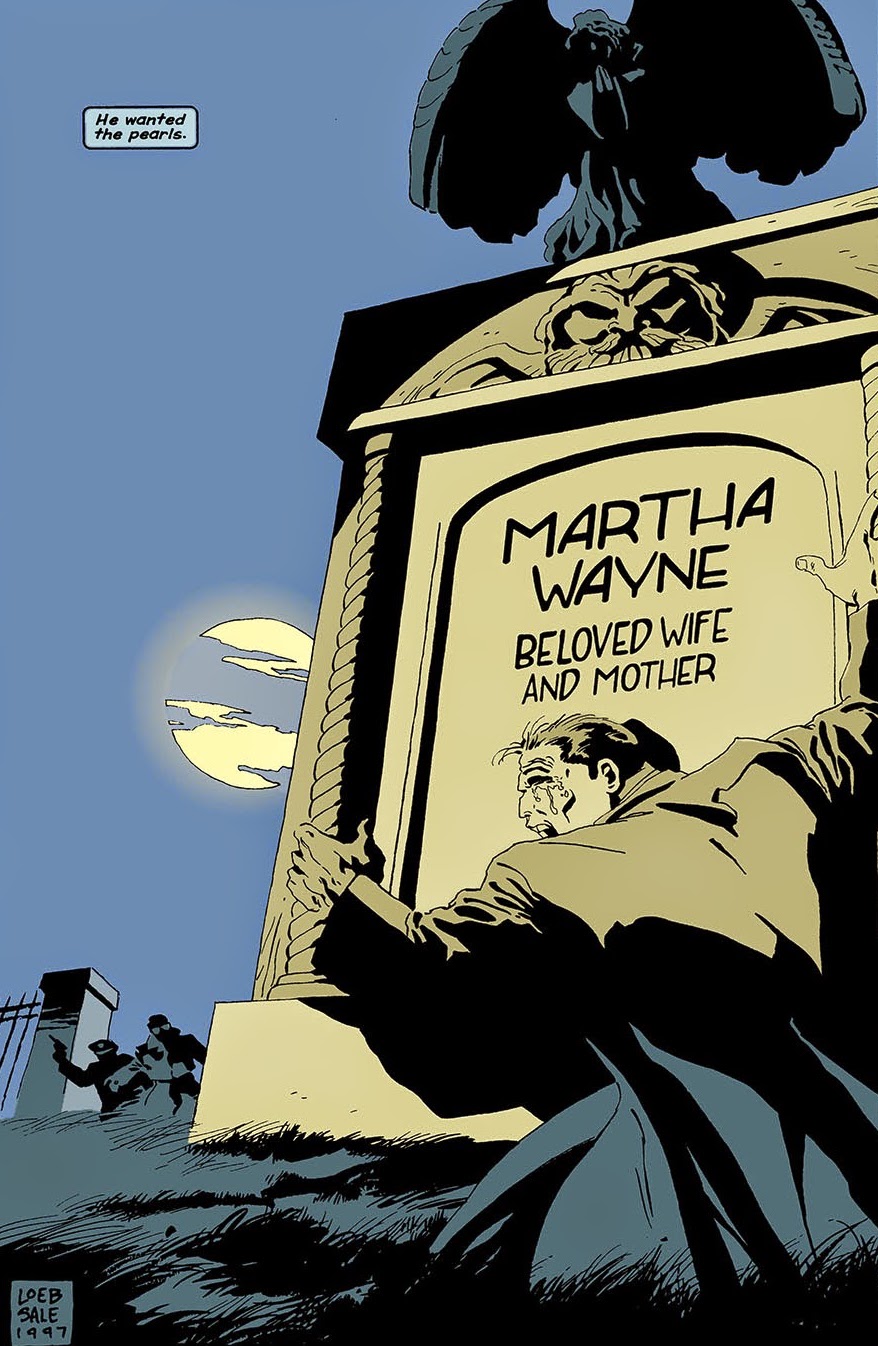 The issue’s ending is as dramatic as it gets

This comic is a great example of how a thin plot can be elevated with careful pacing, visual reveals, and high drama. That flair creates a grandiose feeling that evokes strong emotions. One can argue how irrelevant the events of this issue are to the ongoing storyline, but look at that final splash page. It leaves the reader begging to know what happens next.

This is a result of the creative pairing of Loeb and Sale. The artist knows Loeb’s writing tics and Loeb knows how to weave a story so Sale can draw to his strengths. They clearly bring out the best in each other. Their level of collaboration and cooperation makes a mediocre comic look spectacular.

Despite a fairly light plot and the irrelevant Scarecrow narrative, this issue is still amazing. This is due to the efforts of Sale’s strong visual style and Loeb’s sense of pacing. Their synergy is infectious and creates more meaning and emotions beyond a barebones script.