“On The Outside” – Part Two 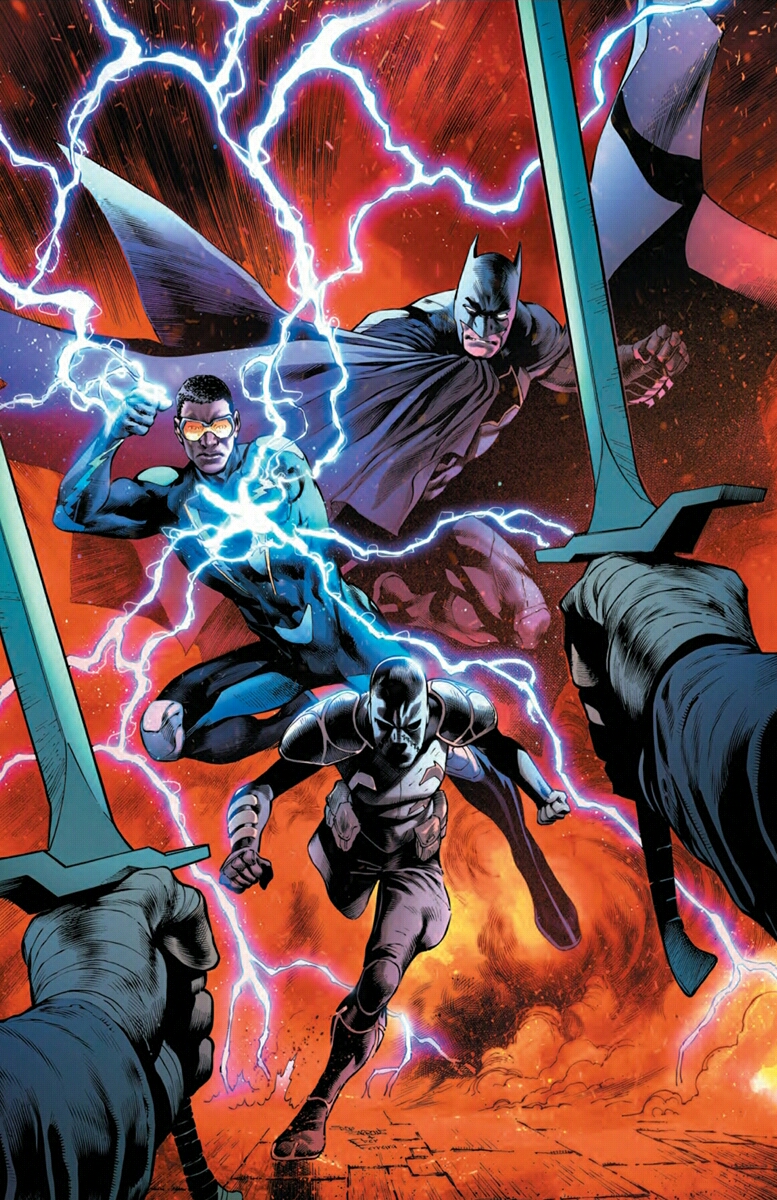 Who is Karma? What is the secret behind his relationship with Batman? How are the two connected, and how will this all affect Duke Thomas, Cassandra Cain, and Jefferson Pierce? The action is loud, and emotions are tense in the second chapter of “On the outside.”

In Detective Comics #983 Batman recruited Black Lightning to help train Orphan and The Signal. As soon as the Dark Knight’s former Outsiders colleague agreed, Cassandra Cain found herself under attack by this new villain.

Writer Bryan Hill has pulled off the neat trick of following the theme of Batman growing his crime-fighting network, as laid out by predecessor James Tynion IV, whilst turning the whole idea on its head. We’ve also been given a brand new antagonist in Karma. This villain is a palpable threat; you can sense a real connection with Batman, which includes a heady mix of both concern, and loathing. He seems to care about our hero’s well-being, but is not afraid to hurt him either. 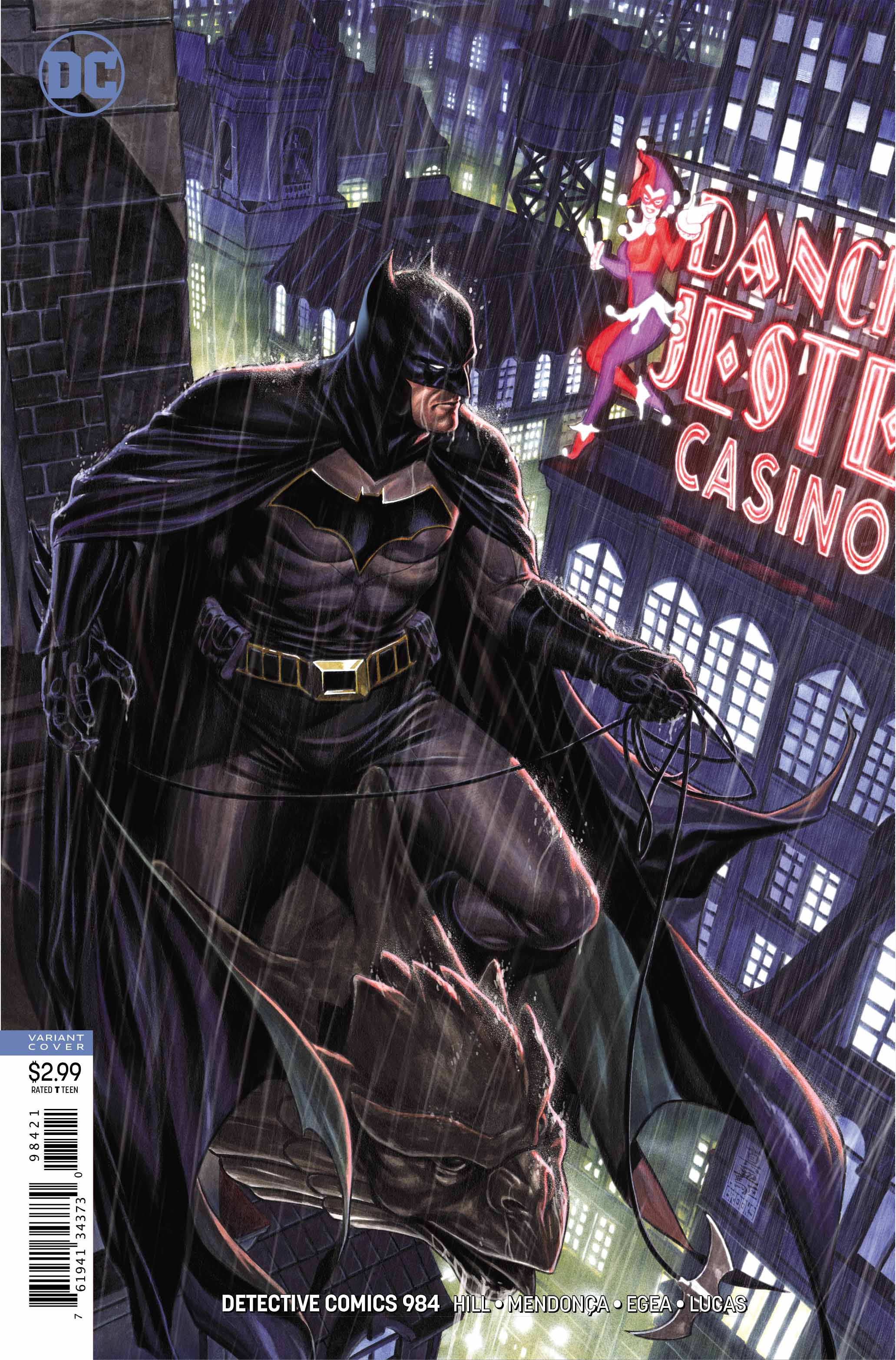 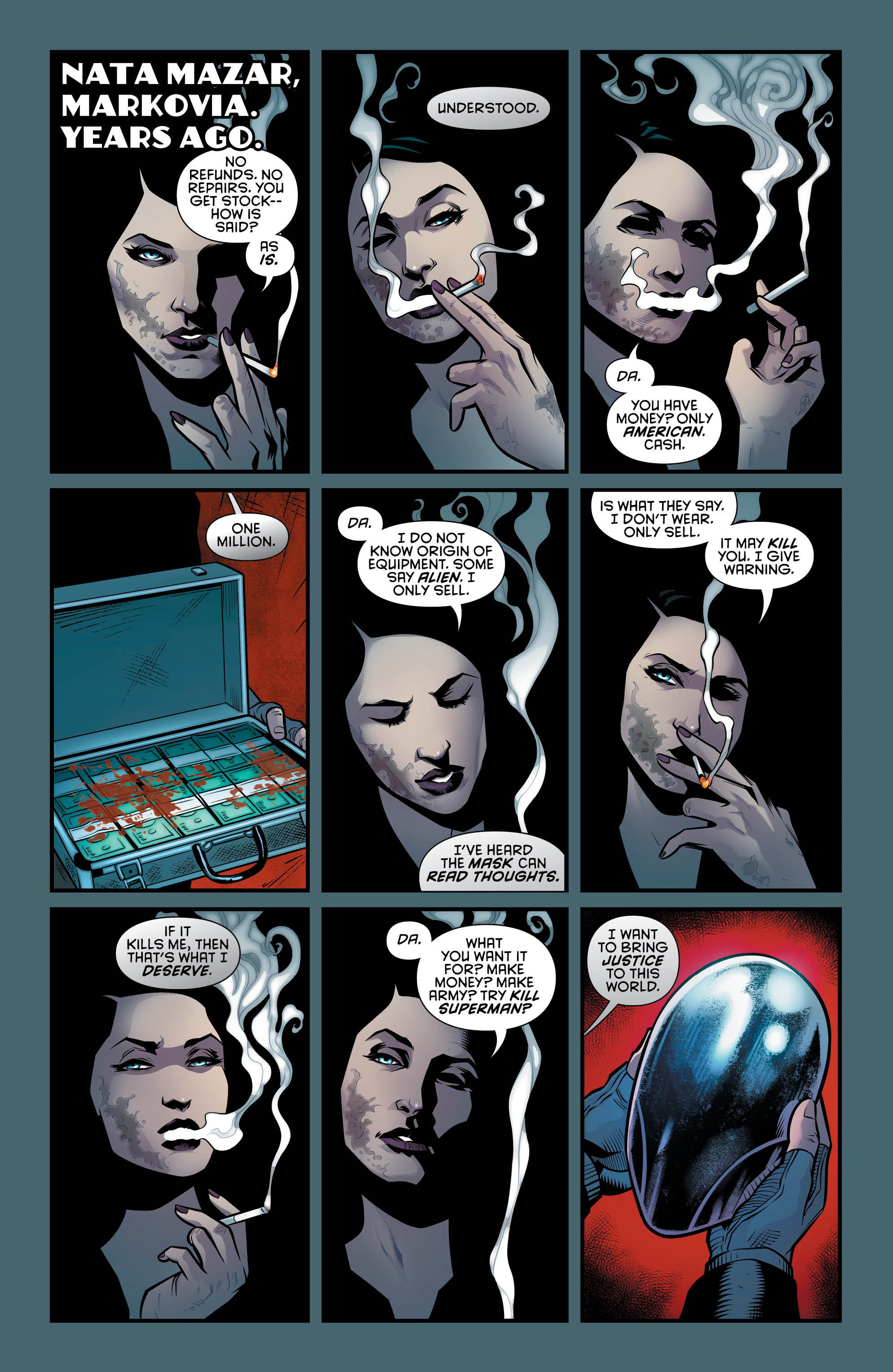 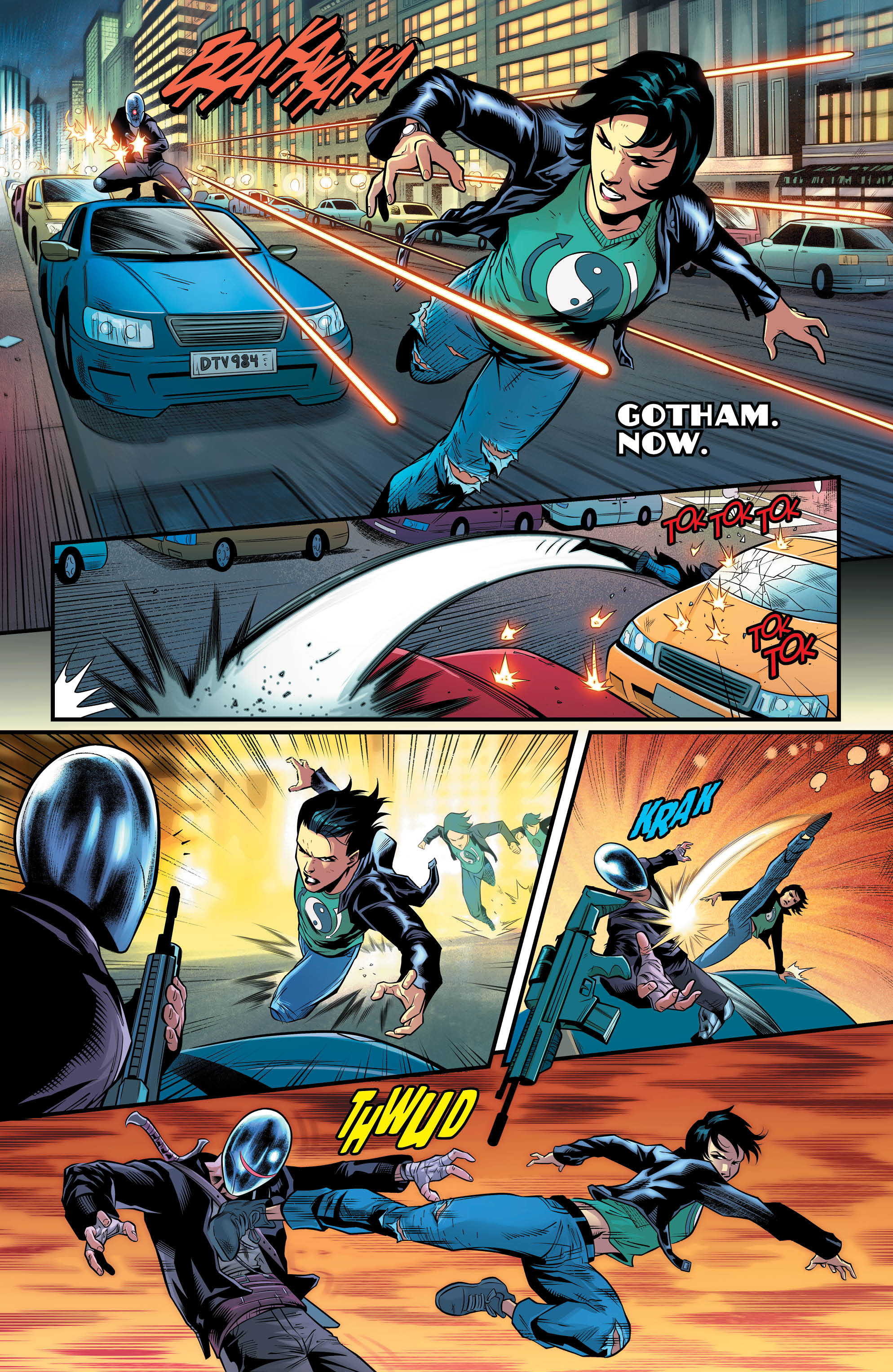 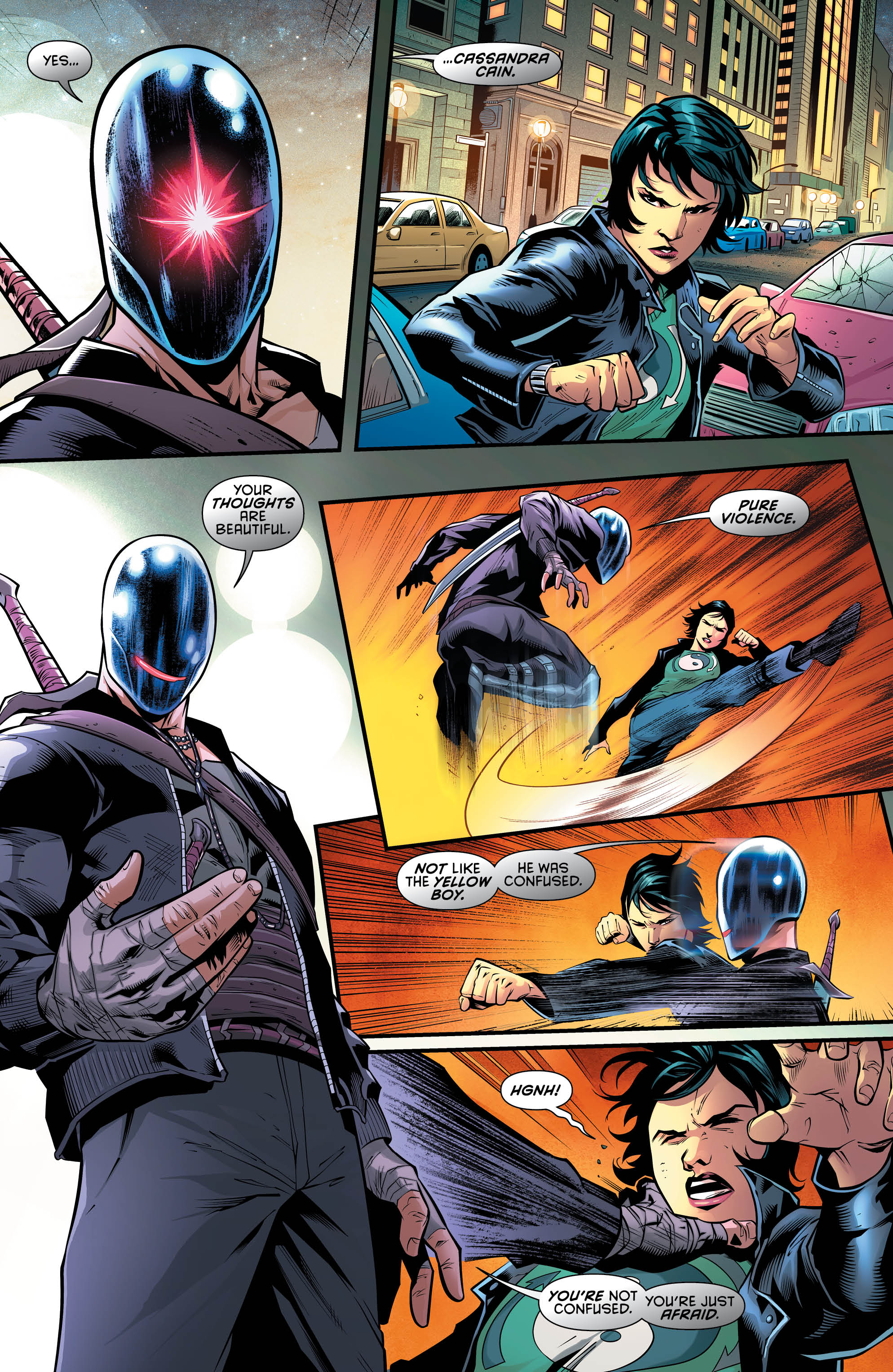 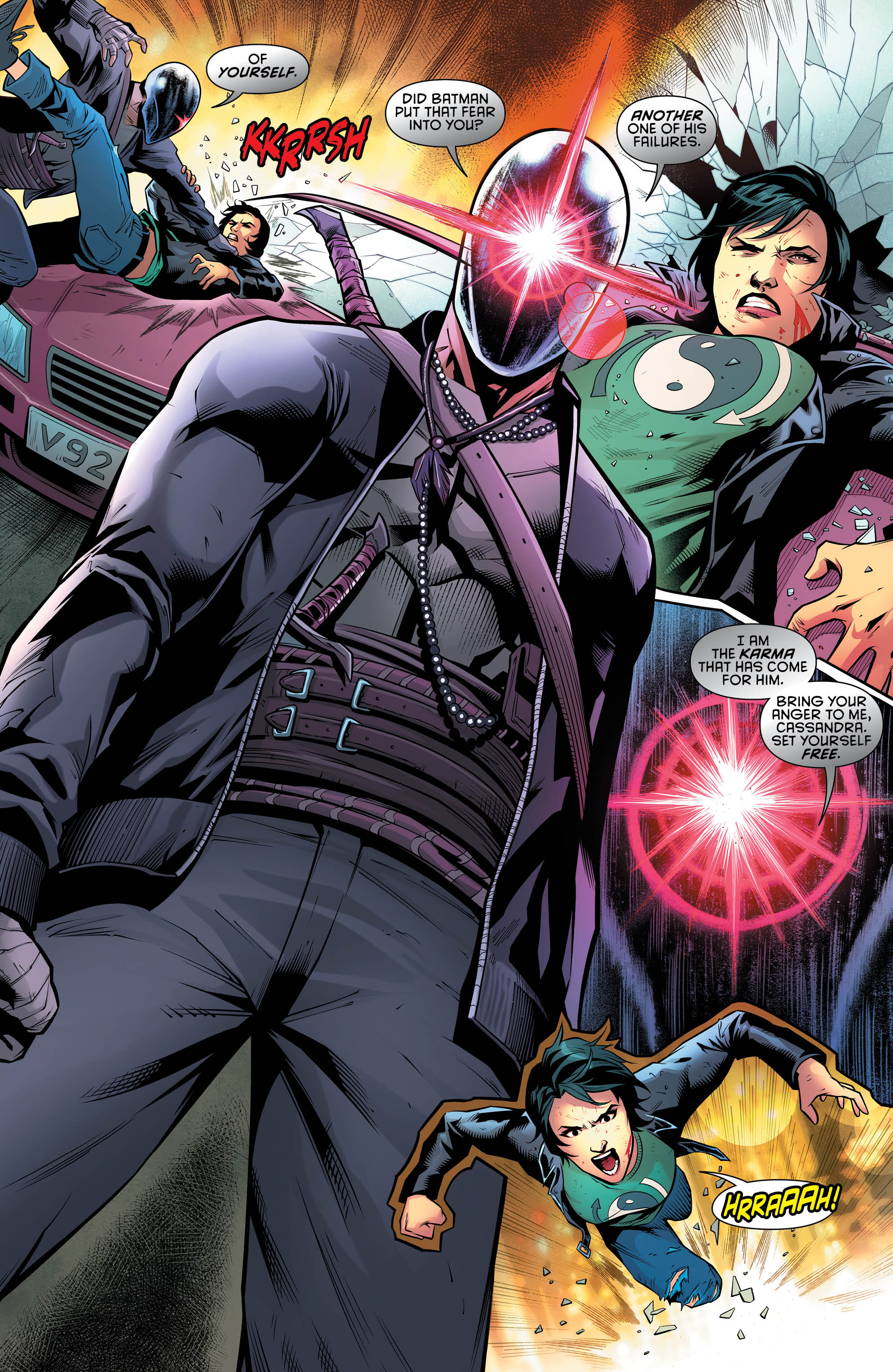 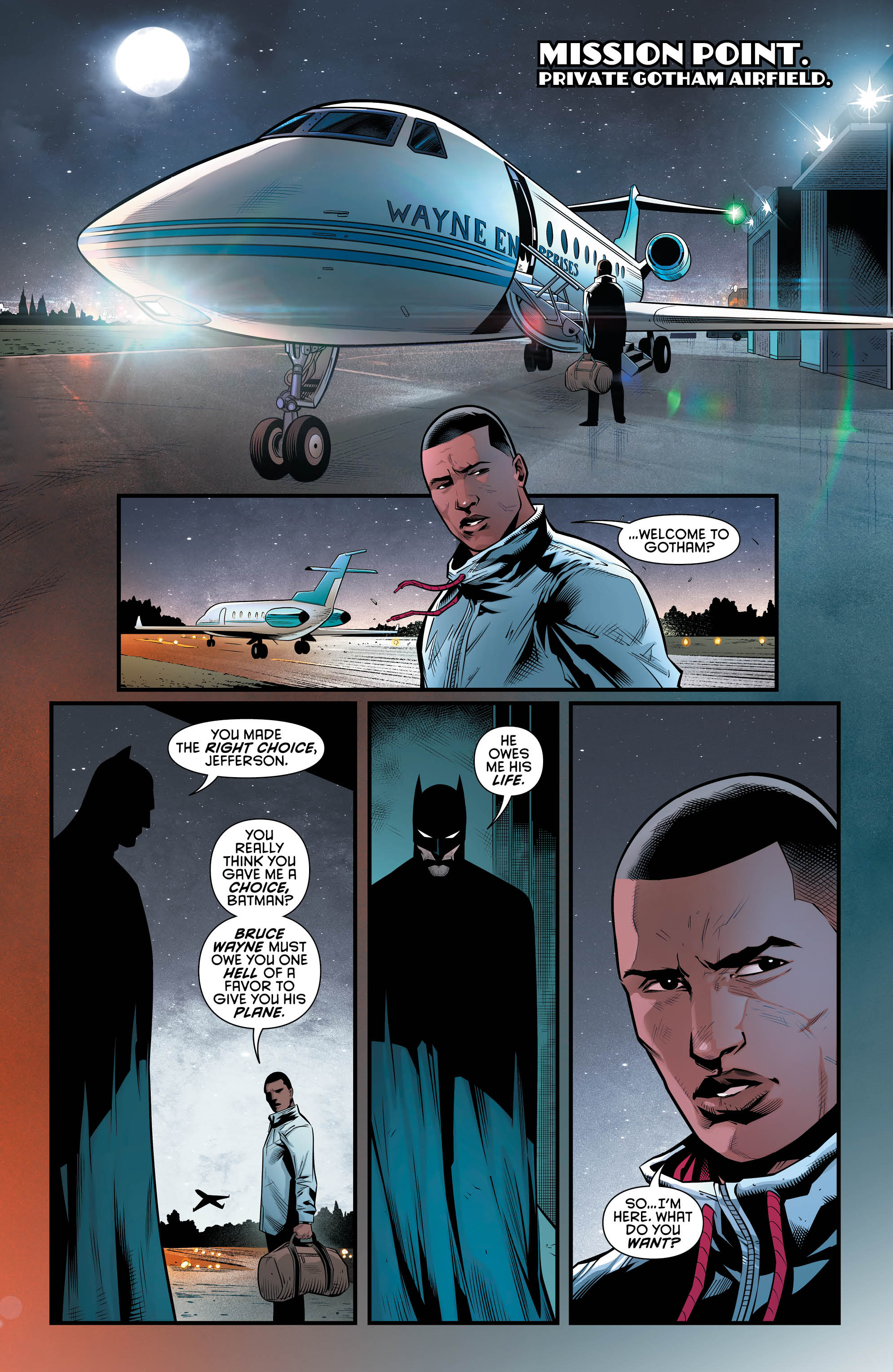 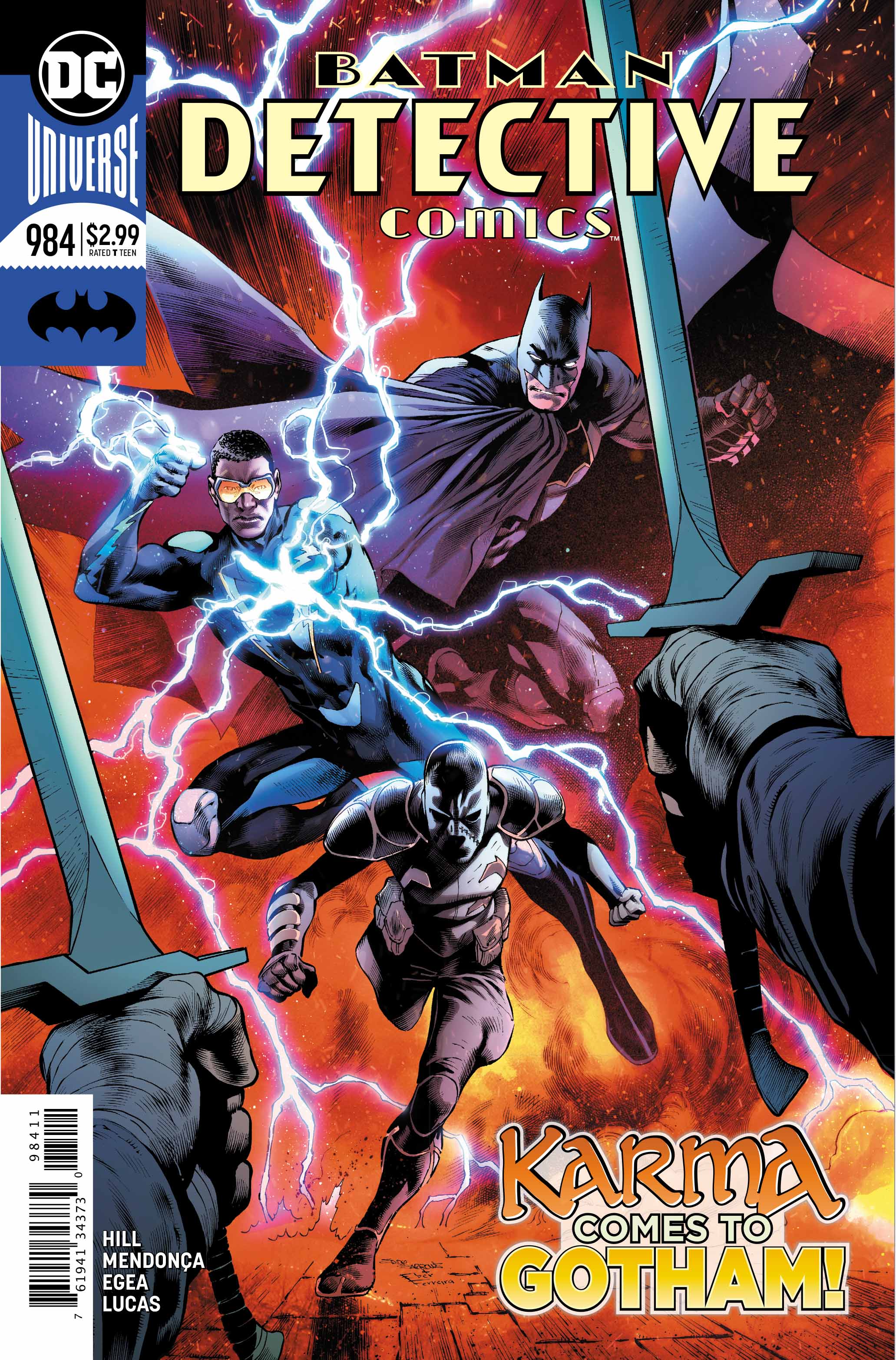 The art of Miguel Mendonça and Diana Egea continues to impress. From the intriguing opening page, with it’s blood soaked cash, exchanged for the villain’s spooky face-wear, to all the electrifying action that follows. This team is on fire. There’s a tiredness in Jefferson Pierce’s face that speaks volumes, and this is down to these fine artists being able to capture these emotions in the pages of a four color funny book.

Adriano Lucas clearly dmonstrates how a colorist can really elevate the story’s visuals even further. The moon and stars, alongside the camera flares and rainbow effect lighting in the airport scene on page 5 are absolutely terrific.

When viewed alongside the recent shocking events over in Batman, we really do have to ask whether Bruce’s ties make him stronger, or are actually detrimental to his war on crime. The last page, with Batman actually voicing his thoughts on the subject are very telling indeed. Or are they? Bruce Wayne is an incredibly intelligent man. Is this really what he thinks, or is he playing the long game, weaving a web to catch Karma in?

Is the addition of Markovia another clue, with its ties to Batman and Black Lightning’s past, or another clever red herring?

Whatever the case, Bryan Hill and his co-conspirators have delivered a tyre-screeching, electrifying, kung-fu fighting gem of a chapter. I can’t wait to see where this story takes us next.

Mark Hamill Tweets About The Honor Of Playing The Joker In ‘Batman: The Animated Series’