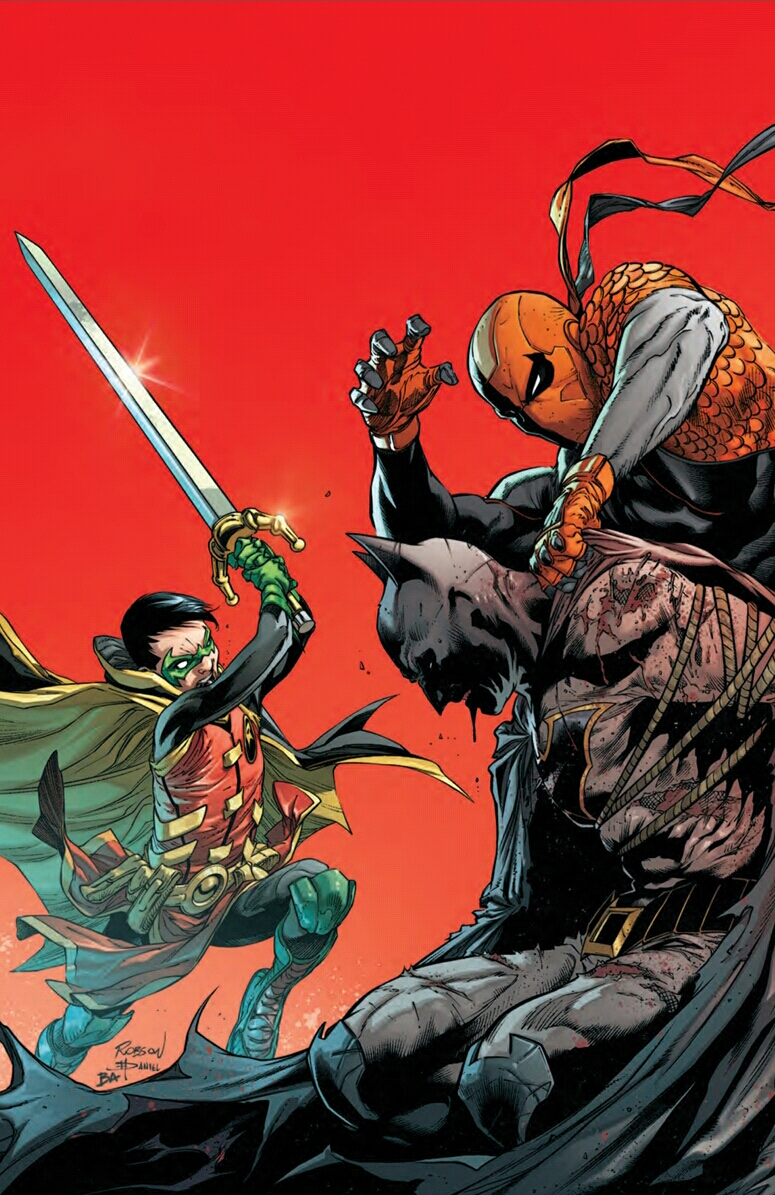 I’ve said before that Deathstroke was one of my favorite foils to Batman. He’s amoral and duplicitous. It’s been great reading this series within a series so far to see them butt heads over a very personal matter.

From the offset, Deathstroke had no interest or belief that Damian could be his son, but Batman insisted on making sure, making Slade all the more angry at being unable to continue his work as an international assassin. Batman closed his business down, just to make the point extra clear.

Now we fast forward to this issue. Damian has found out about the issue that’s gripping his father and would-be father. Through the sheer stubborness we know the current Robin to be a master of, he invites himself onto one of Slade’s missions. Damian has the wonderful job of showing off the whole dilemma gripping the two men. It’s only fair that if this is an issue for Batman that we also see how the boy handles it, not

knowing who to align himself with. 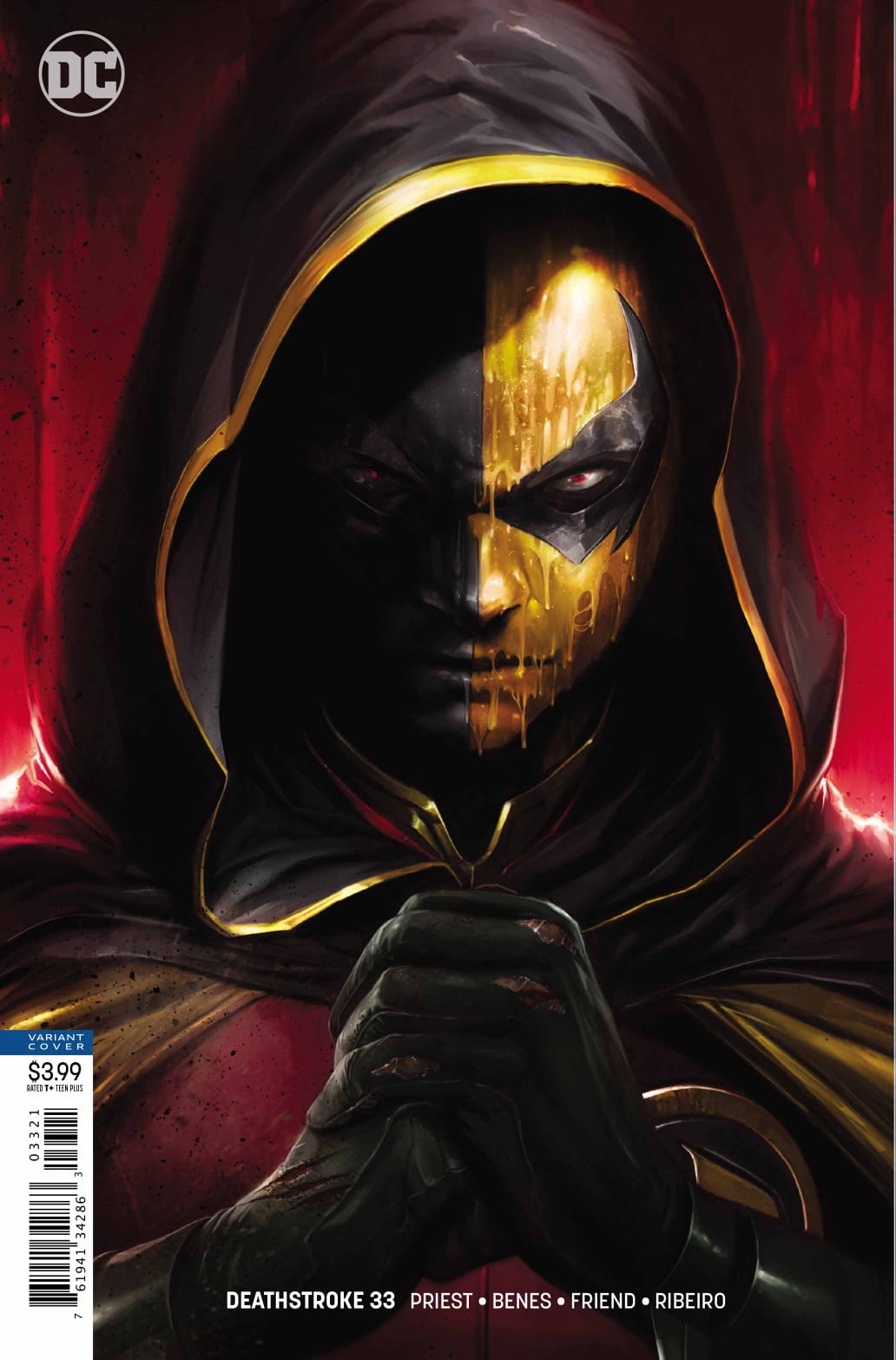 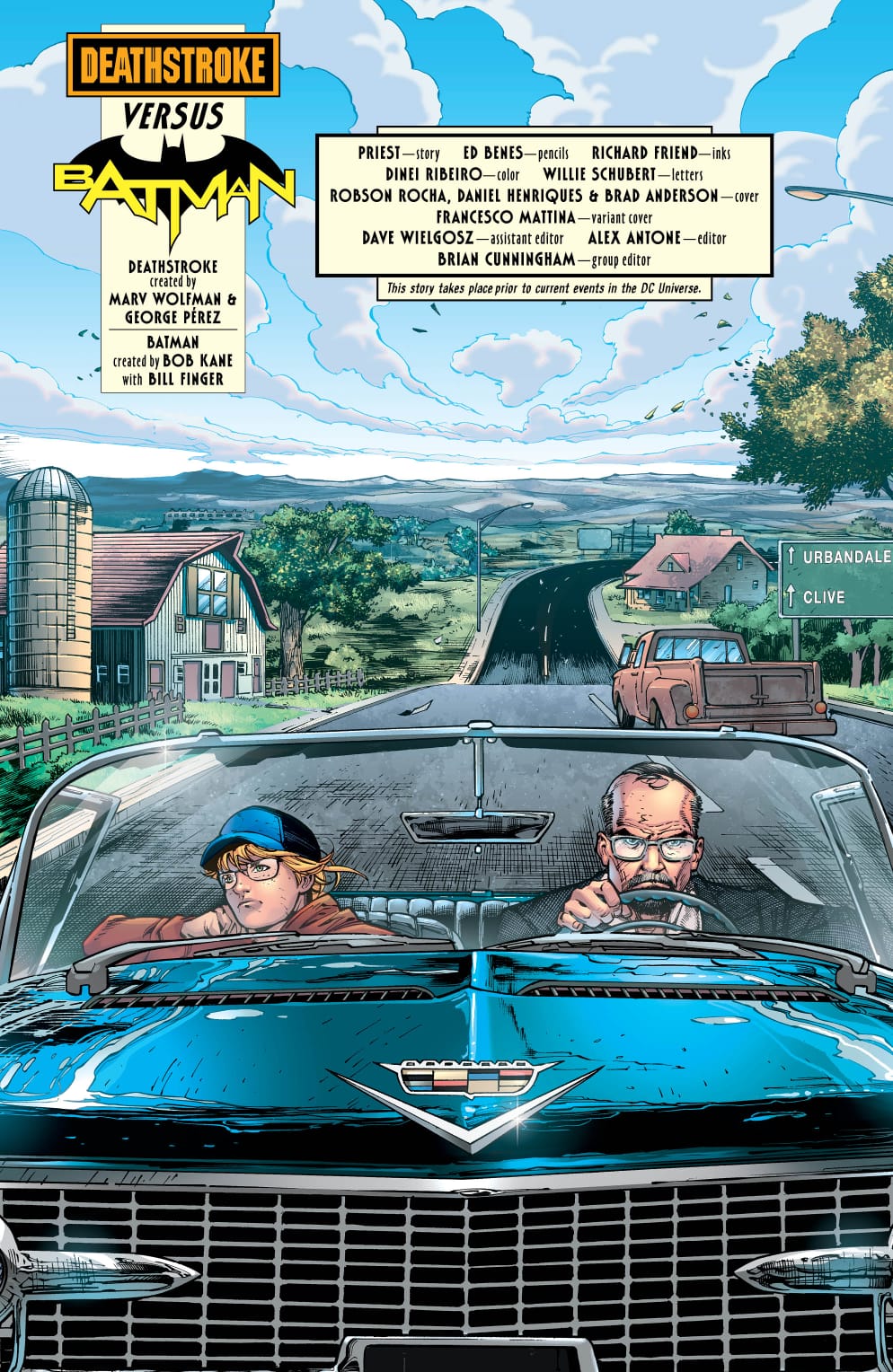 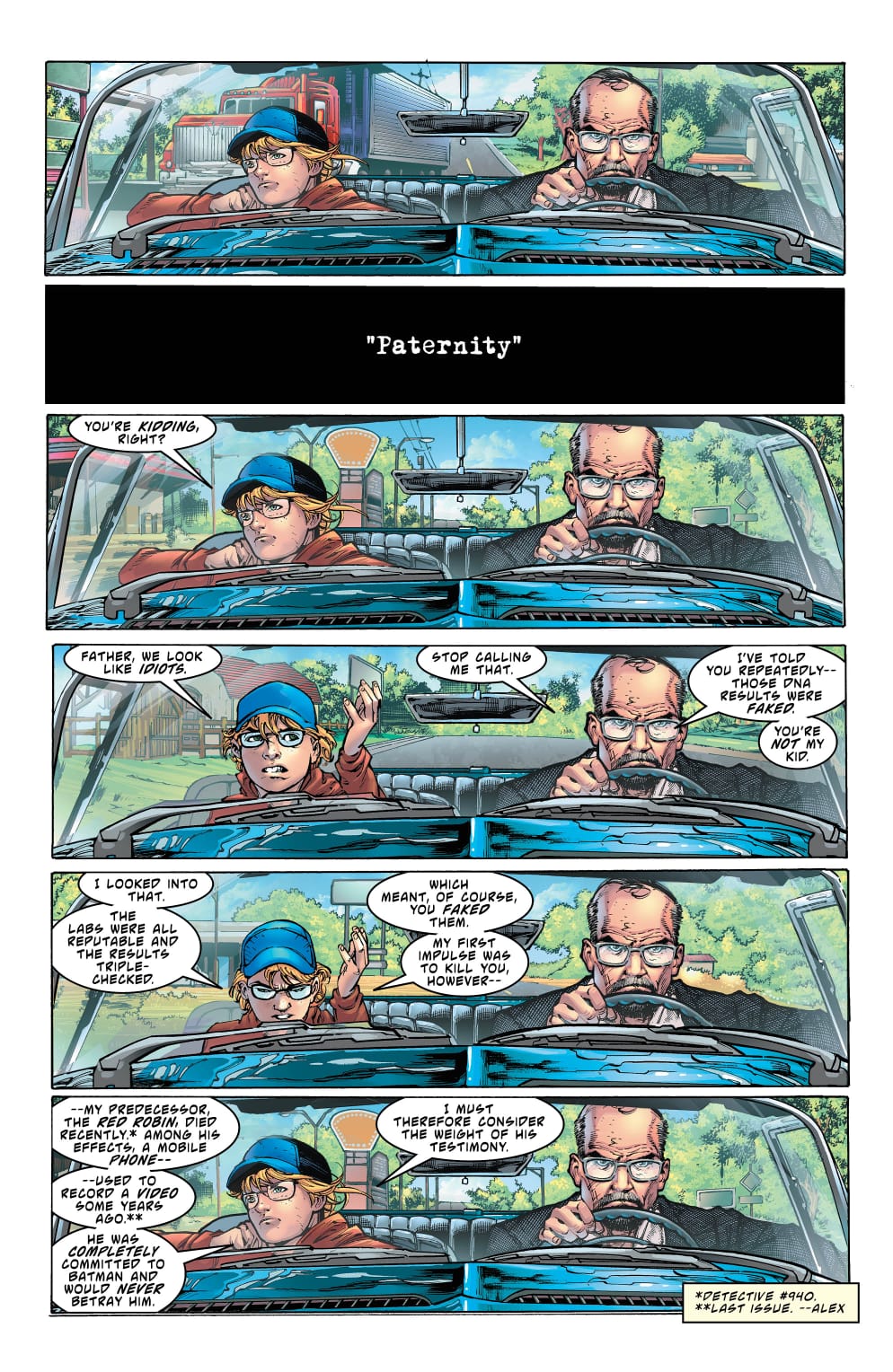 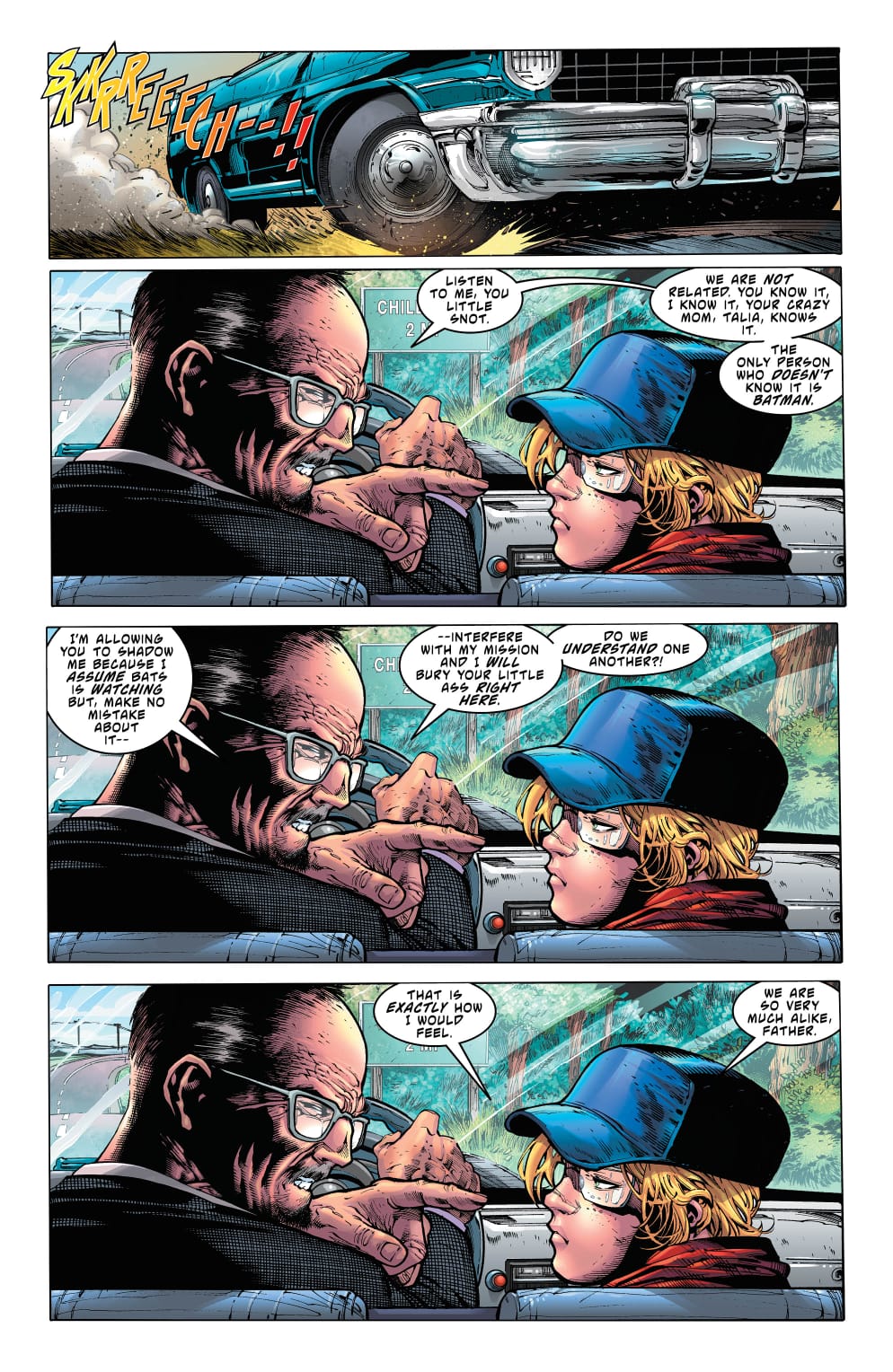 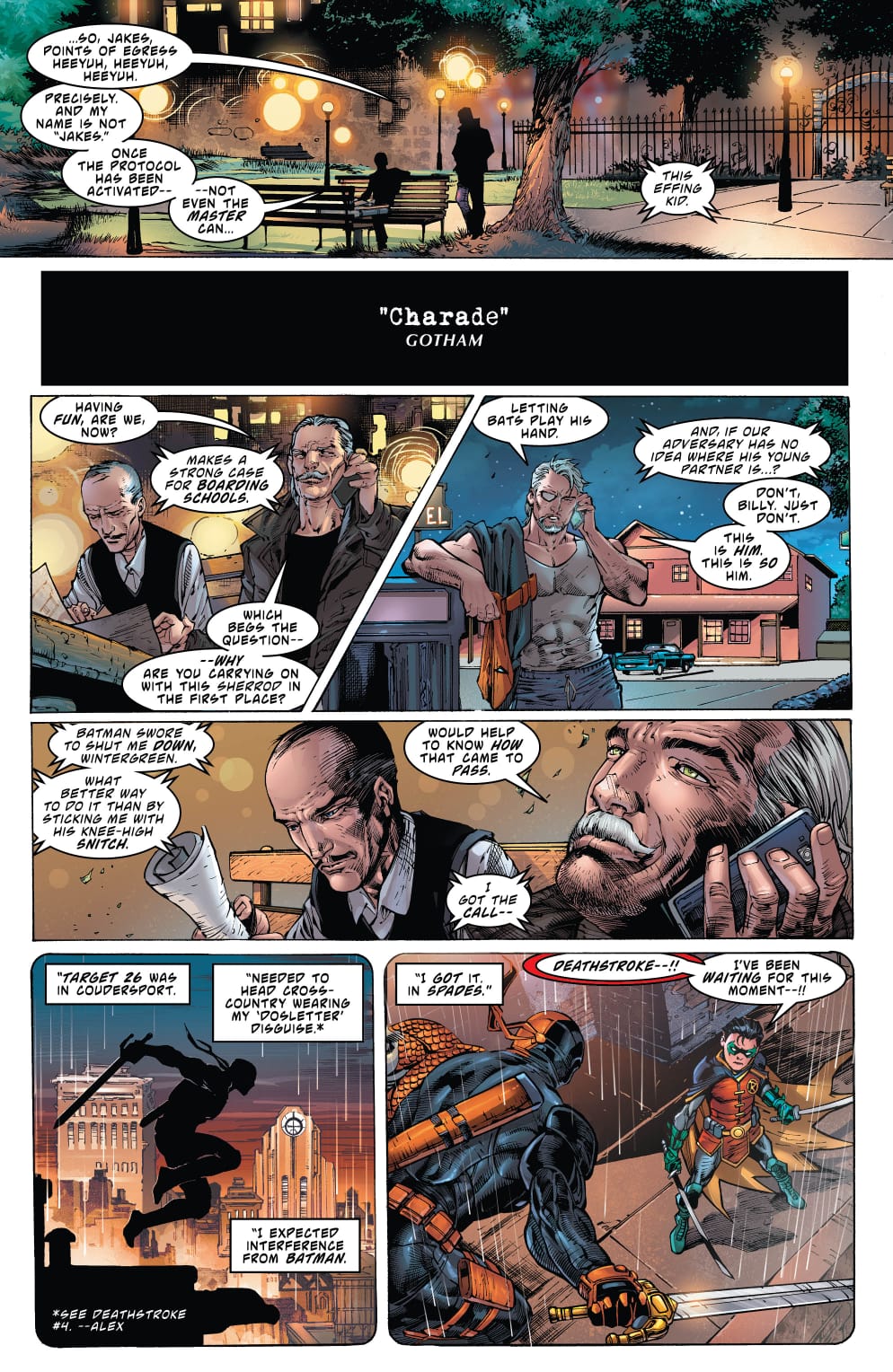 Don’t Even Think About Crossing Me

This version of Deathstroke, as written by Priest, is still very nationless as before. Saying that the weapon he was looking for got ‘pinched’ is equal parts English or Australian while telling Damian to ‘knock it off’ is just as American as Batman. This opens up a whole other discussion of how to read the dialogue in comics – should you try and find the right voice to match a character you love? Personally, I think it’s impossible for me not to hear Kevin Conroy in my head while reading Batman.

The issue ends with Slade figuring something out. The whole series has had these two at each other’s throats thinking as to who could organise something like this. Slade may have figured it out, making the penultimate issue one where we get our answers.