DC Comics has announced the release dates of their upcoming manga by Mangaka Shiori Teshirogi: Batman and the Justice League. Japanese comics and American comics have always inspired each other, so this is a beautiful way to merge several communities. For example, one of the part-time inkers for Rebirth’s New-Superman, Haining, started her career out with merging the two comic styles. The results were beautiful, breathtaking, and her works are outstanding:

#DCcomics Hope I can show you guys this art as soon as possible. 🙂 pic.twitter.com/y2IGjHM4zM

Commission closed. Thank you everyone for the support! pic.twitter.com/LOIhkf8dPU

And this is not the only story like this out there. With the success of Batman Ninja (ニンジャバットマン Ninja Battoman),  having an 89% on Rotten Tomatoes, no wonder fans are excited about a Batman manga. Batman and the Justice League Volume 1 will be available on October 17, 2018. It will have an MSRP of $12.99 and carry 208 pages. It will also read as a traditional manga, from right to left.

The story first started out in a monthly shonen magazine, named the Champion. The narrative follows a young Japanese boy who finds himself in Gotham city looking for his parents. He later finds out their death took place in a factory owned by Lex Luthor who teams up with the Joker. The young boy’s only hope is help from Batman and the League. 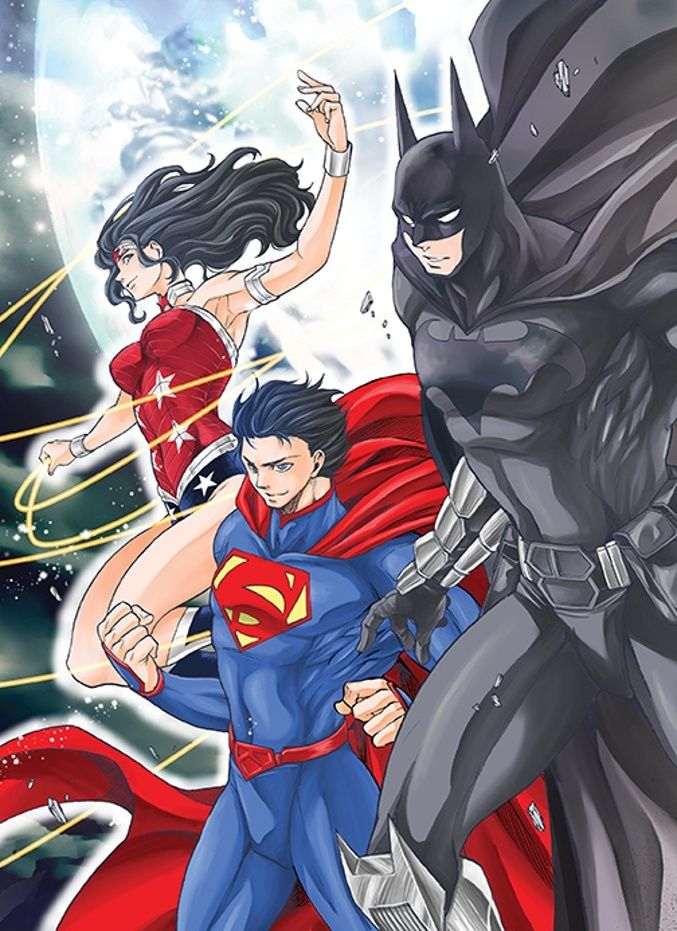