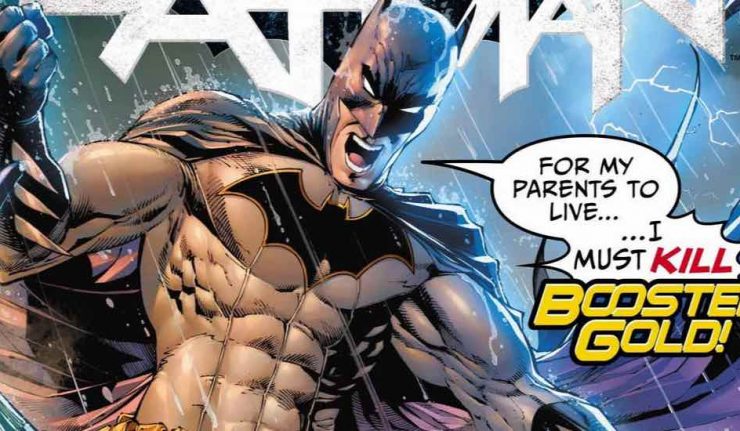 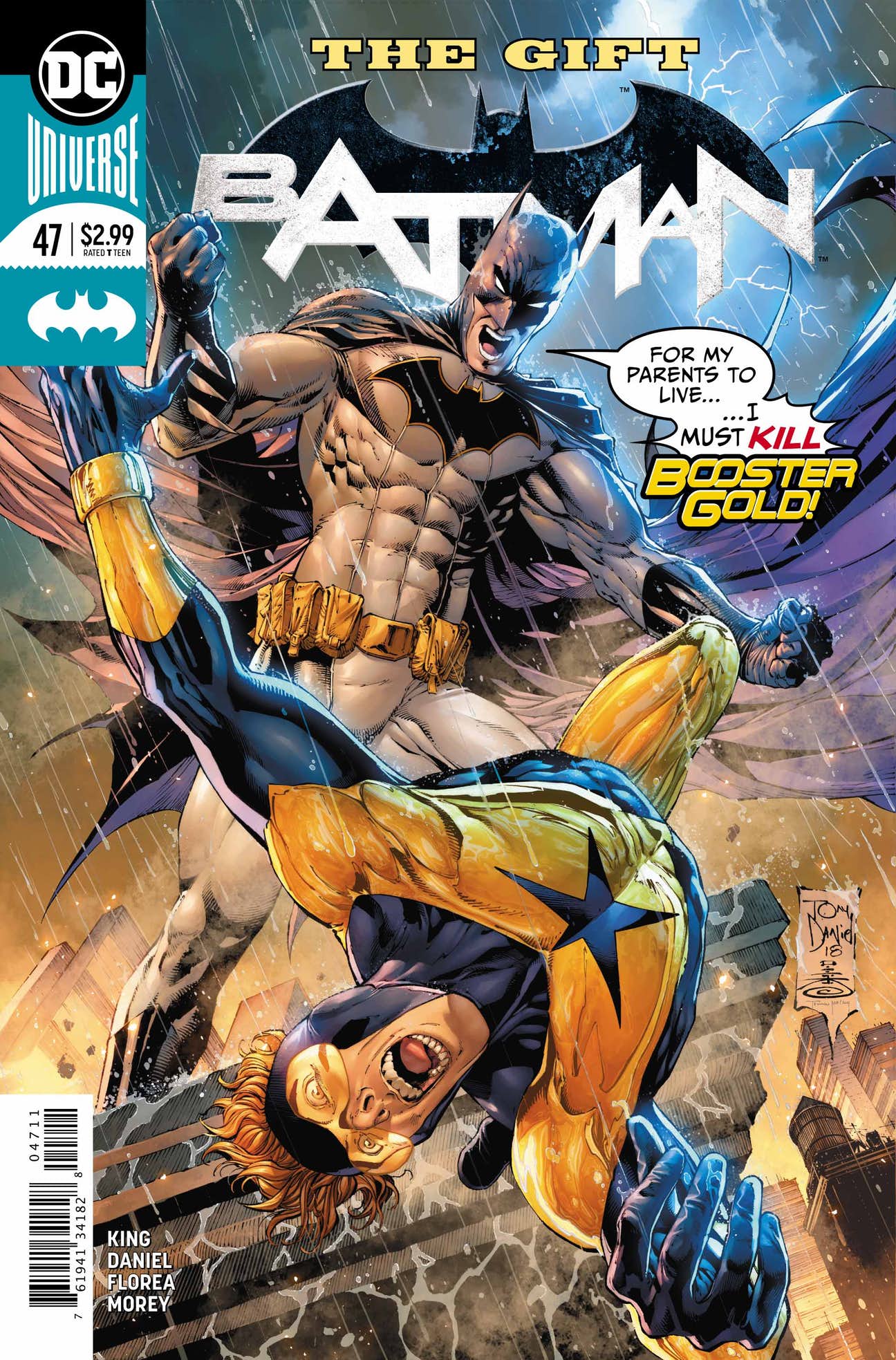 Tom King and Tony Daniel wrap up “The Gift” in Batman #47 with a conclusion that is just as odd and over-the-top as the previous issue.

The story’s ending was exactly as one would expect it to be. Booster Gold continues to screw up the timeline more and more with his repeated interference. While, it is funny to see him acting very casual about something like that, the gag gets a little old too. Recall in the previous review where this readers’ personal tolerance level of Booster Gold was severely tested? Well, this issue is probably the breaking point for his character. This feels like a Booster book through and through. Bruce Wayne/Batman almost feels like an incidentally guest star in a Booster Gold comic.

In this parallel universe Batman feels off. Yes, alternate timeline stories allow writers to make characters do things they normally would not do… however, this Bruce sees his parents murdered and so he goes gun-crazy? I guess? No exaggeration, at one point Bruce is wearing Punisher cosplay. The problem is that this alternate Bruce has no background, so readers cannot make a connection to his parents death and how it would logically affect him. 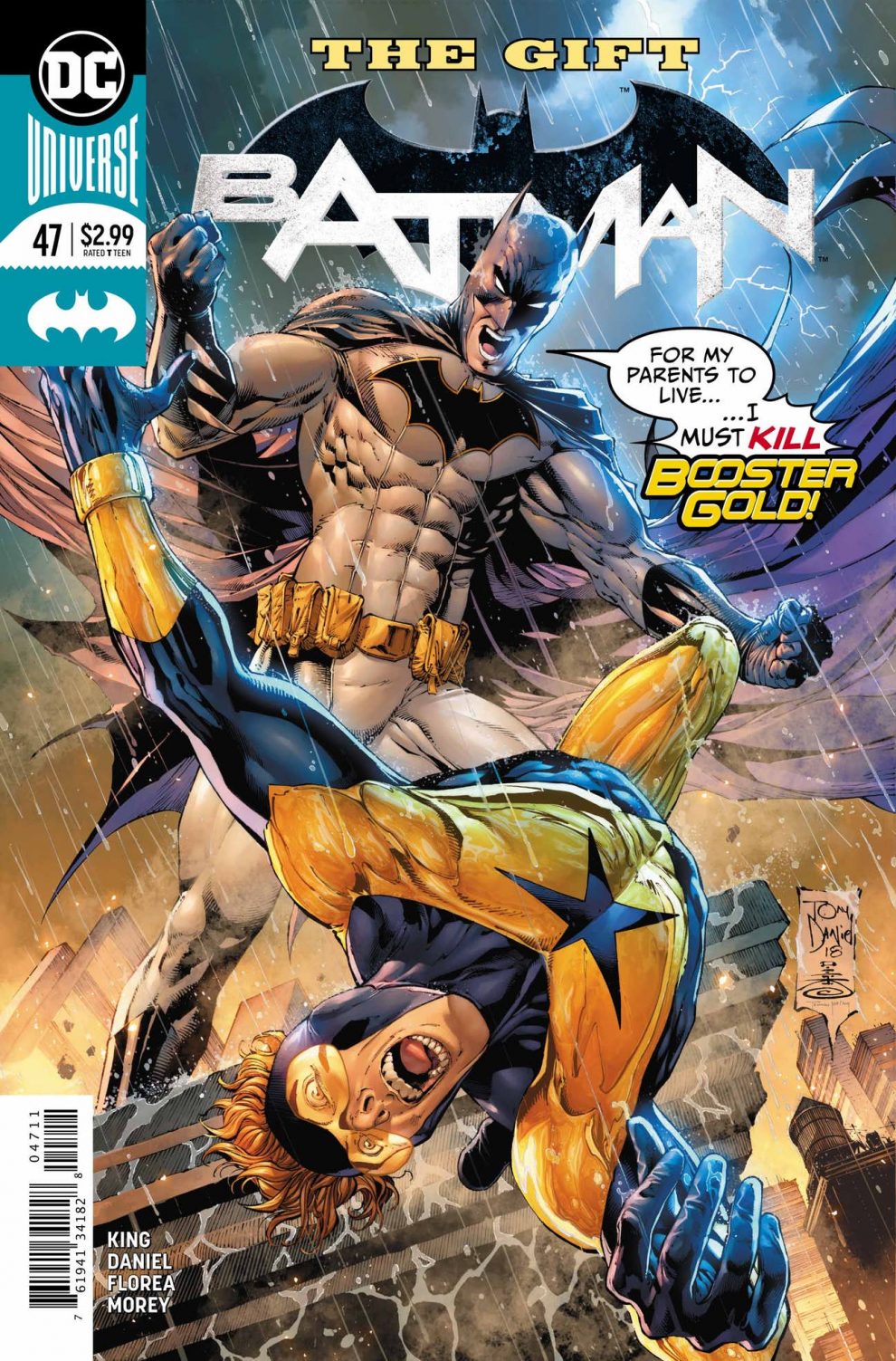 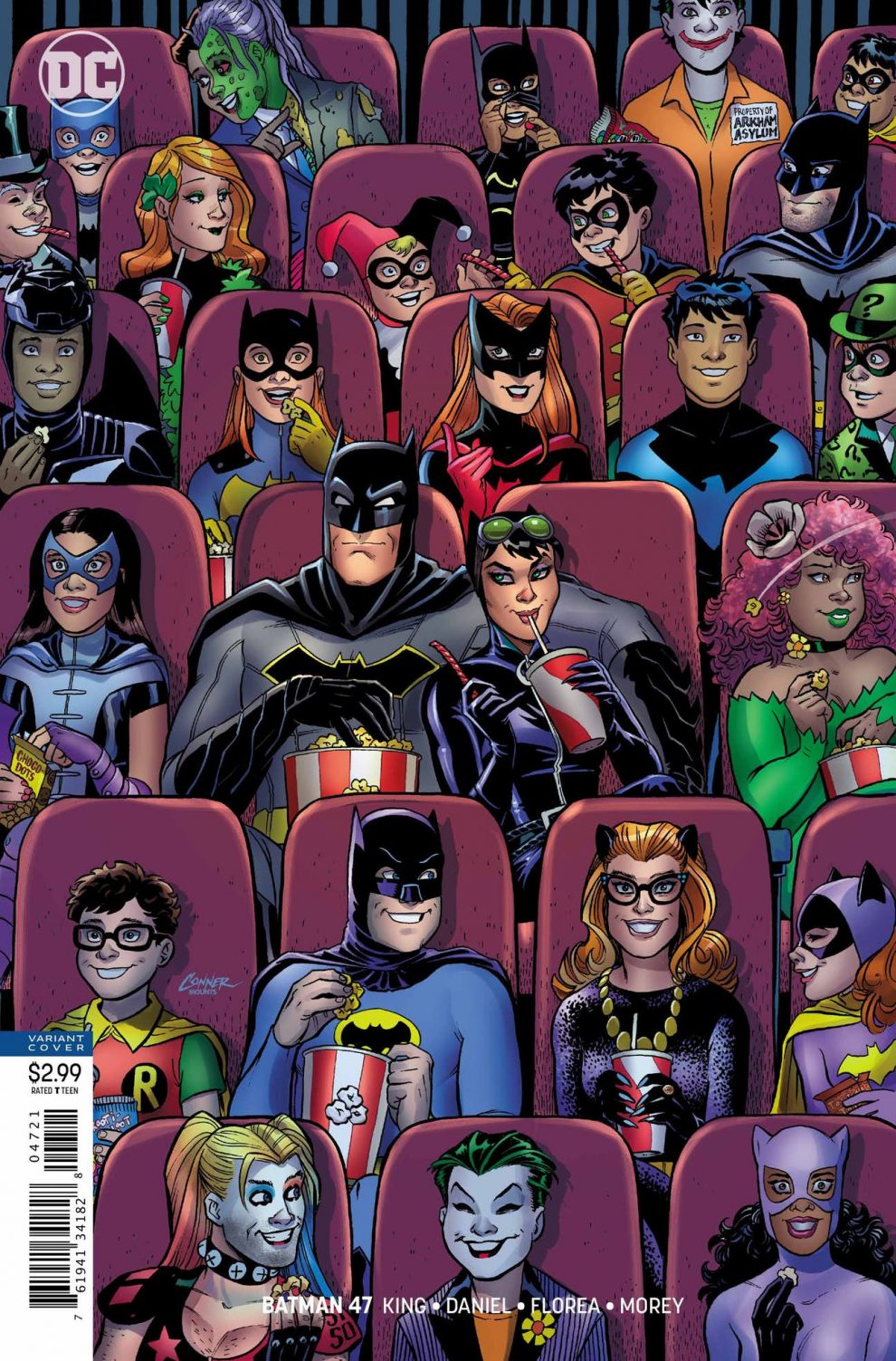 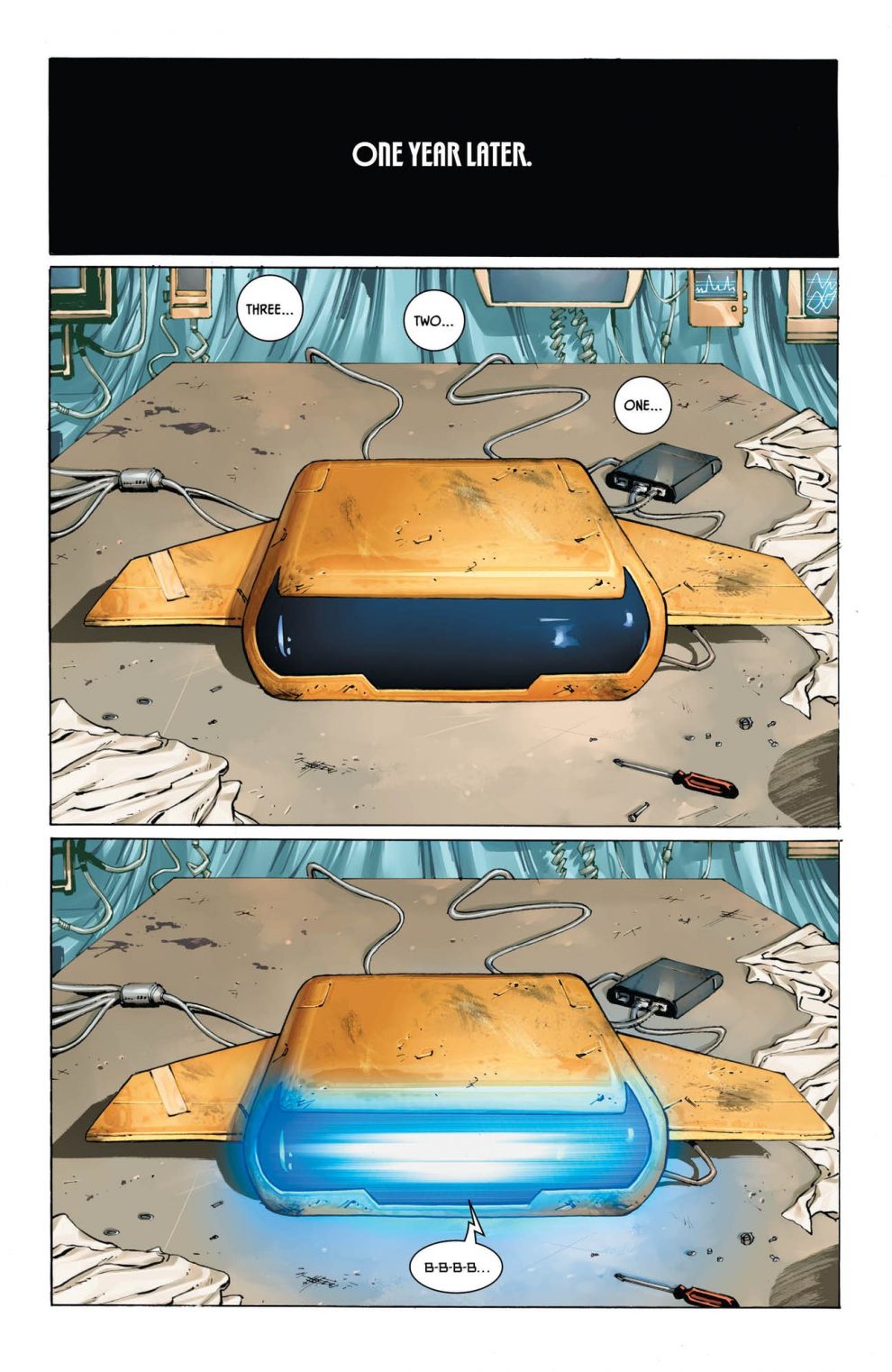 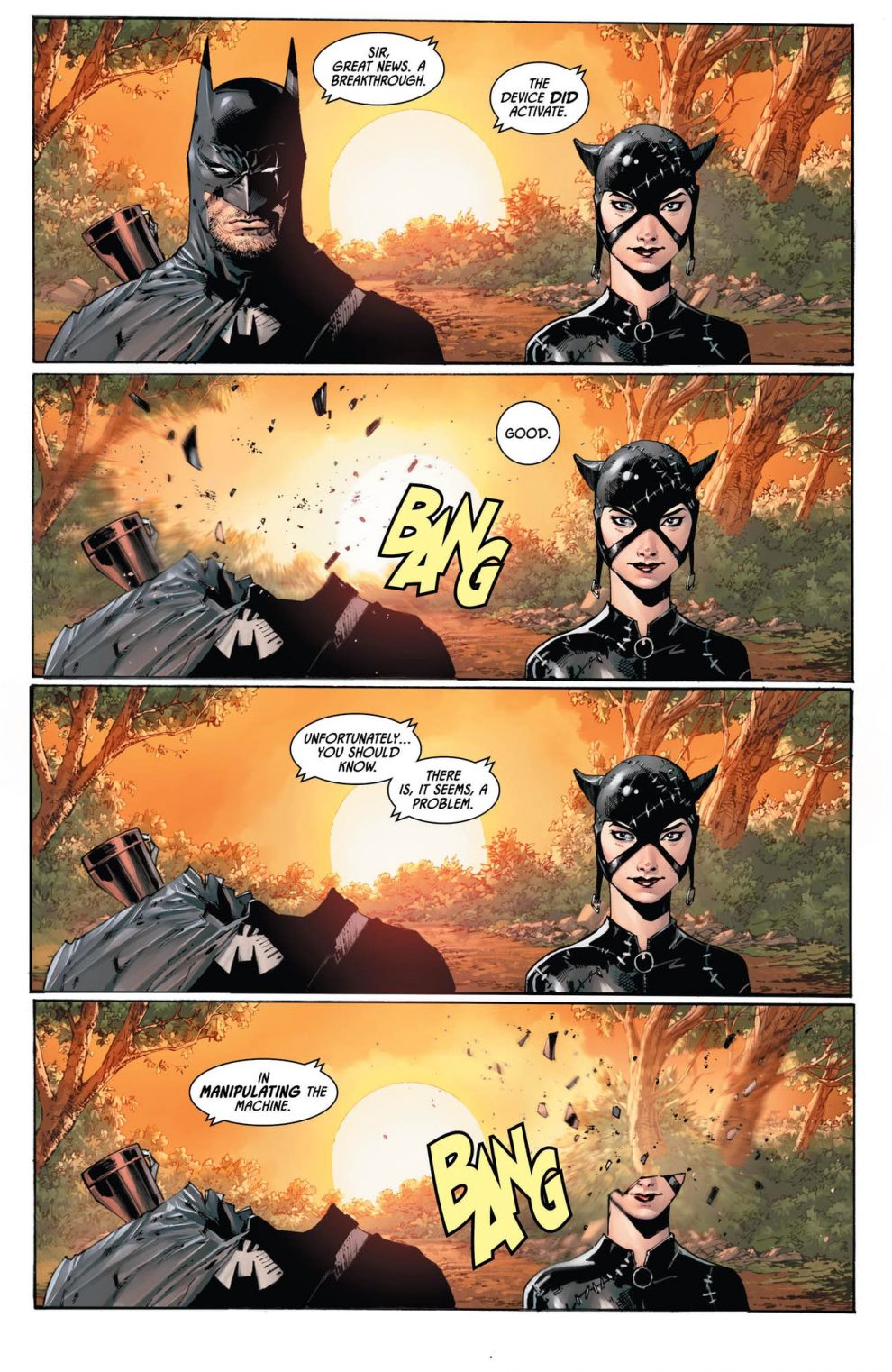 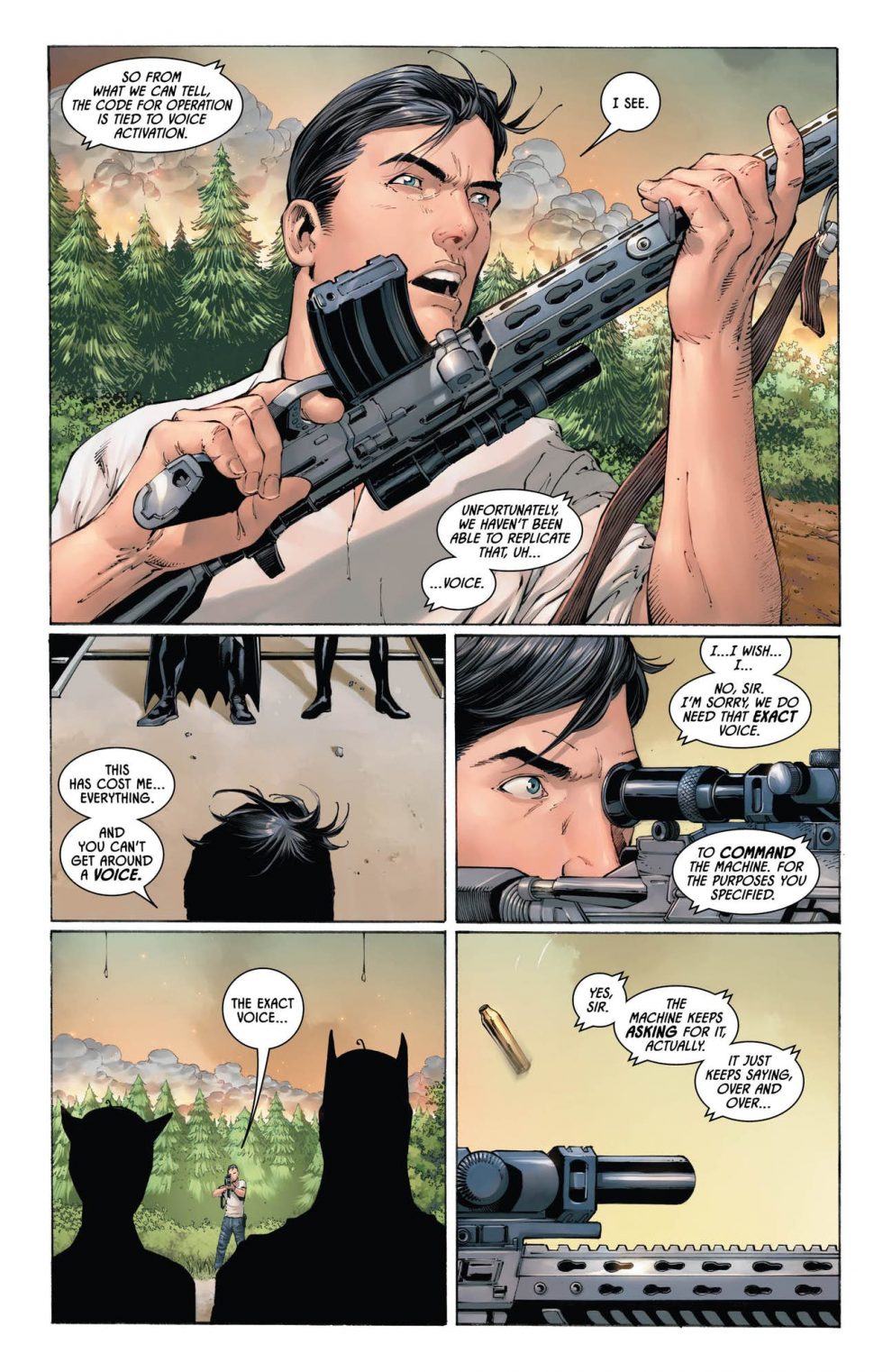 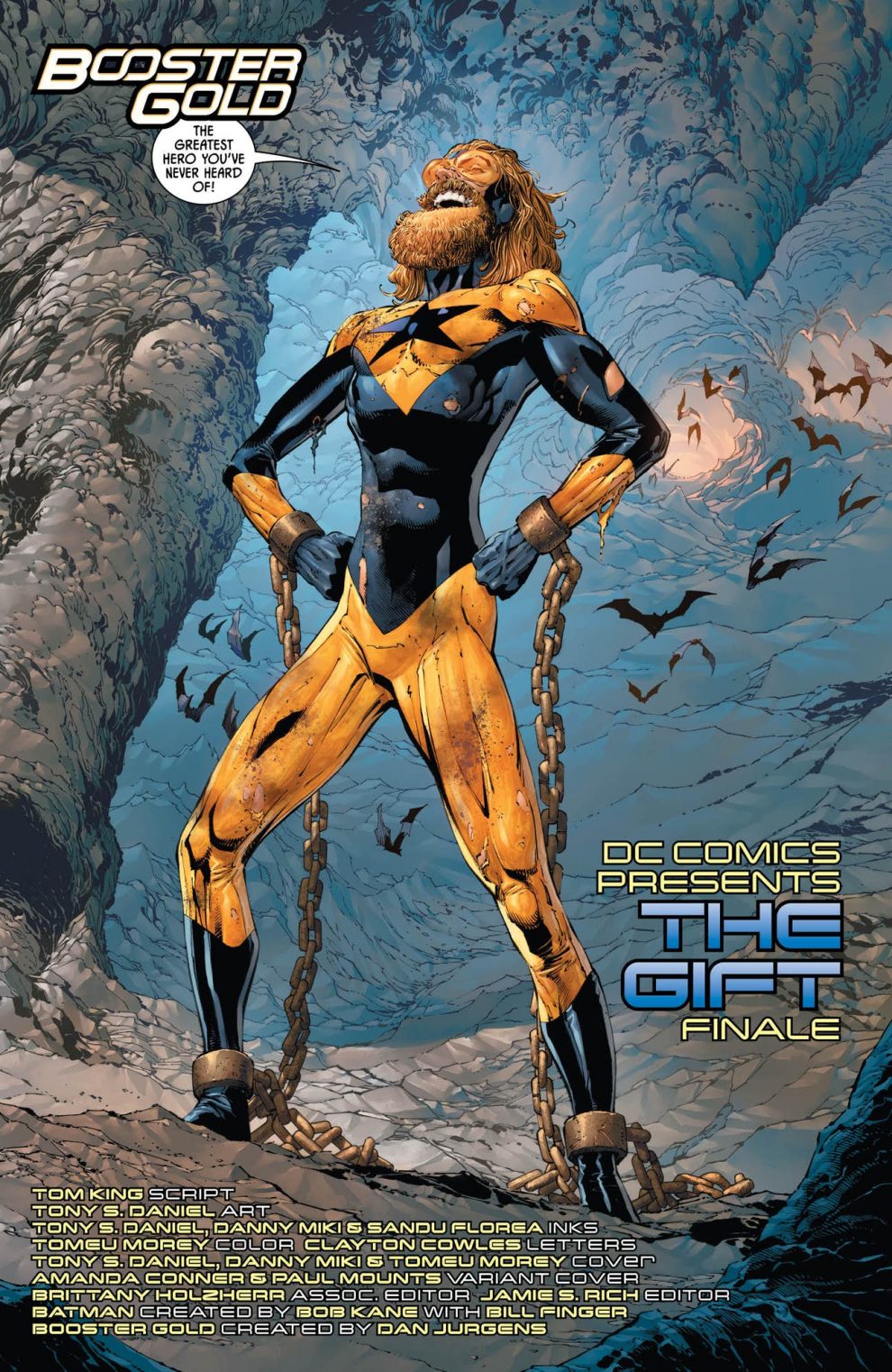 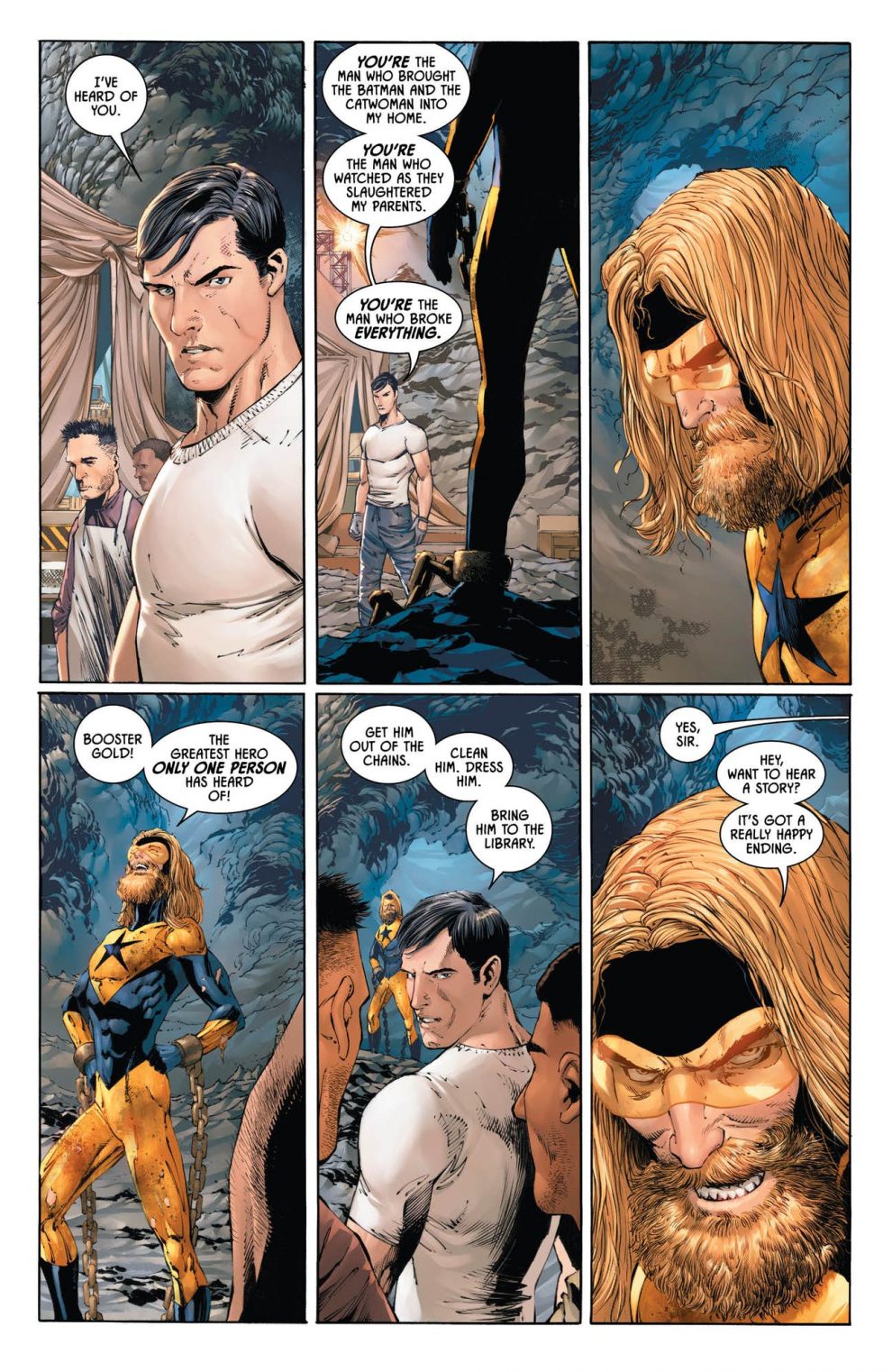 This inconsistent characterization seems most problematic during the story’s climax. Alternate-Bruce witnesses something big and he makes a very extreme, rash decision. This seems unusual given everything alternate-Bruce has experienced already. The climax is also just plain strange and slightly disturbing. One can see that King is trying to show how Booster can make the tough choices, but it just seems gratuitous.

The good news is that the story has a pretty good epilogue. Booster reflects on his mistakes and misadventures in a profound way that is character-driven. It’s great, because it shows Booster’s personality and his inability to have a serious, straightforward conversation. But it also highlights the same problem: this is just a Booster Gold book with Batman in it. Worse, it draws attention to the fact that Batman does not say one word the entire issue.

Before this review sounds too down, Daniel’s art is pretty sweet. It looks less busy and smoother. His depiction of Booster is funny, because how expressive Daniel makes his face. Fortunately, Daniel is also able to draw the more mundane too. His talking scenes are well-done and show a lot of character acting with their posture and facial expressions.

Despite King’s best efforts, the last issue of “The Gift” falls a little flat. The alternate world is underdeveloped and the ending is weird, bordering on crass. Booster Gold and the last scene are saving graces of the comic. However, even that is not enough to elevate it more than mediocre.