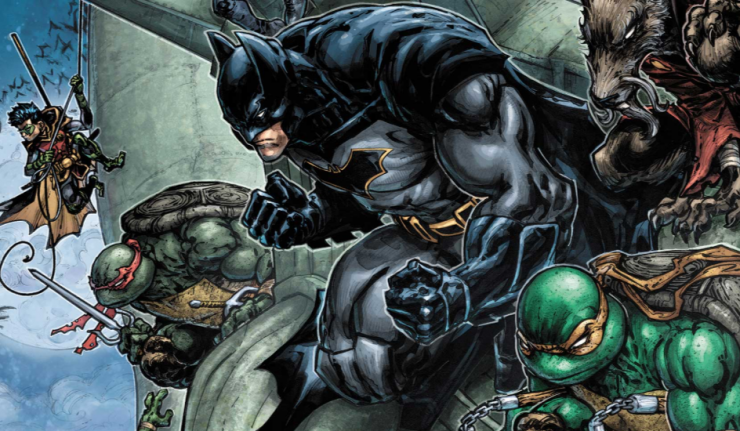 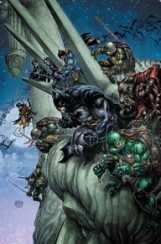 The sequel to the crossover we’d only ever dreamed of has finally come to a close. In 20+ action-packed pages, the Teenage Mutant Ninja Turtles have teamed up with the Batfamily to take down Bane, the foot, and Bebop & Rocksteady.

It’s no surprise the heroes have come out victorious, but it’s not about the destination, it’s about the journey. Tynion and Williams have crafted a badass final issue to this series, bringing non-stop action and comic book fun in every panel (not to mention a splash page that’ll make your jaw drop).

I don’t want to give too much away, but the pacing in this issue was perhaps the best of this entire series. It seems like Tynion knew how the book was starting and ending, and threw everything he could in between. I loved the throwbacks (again) to the Turtles we’ve grown up with. The van and blimp made me punch the air with nerd-pride. I loved how everyone came together at the end to take down Bane, who was as big as he’s ever been, in any comic. I really wondered for a moment if they weren’t going to be able to stop him, and I appreciated it. Tynion and Williams saved the last issue to give us Bane at his most fierce and threatening. 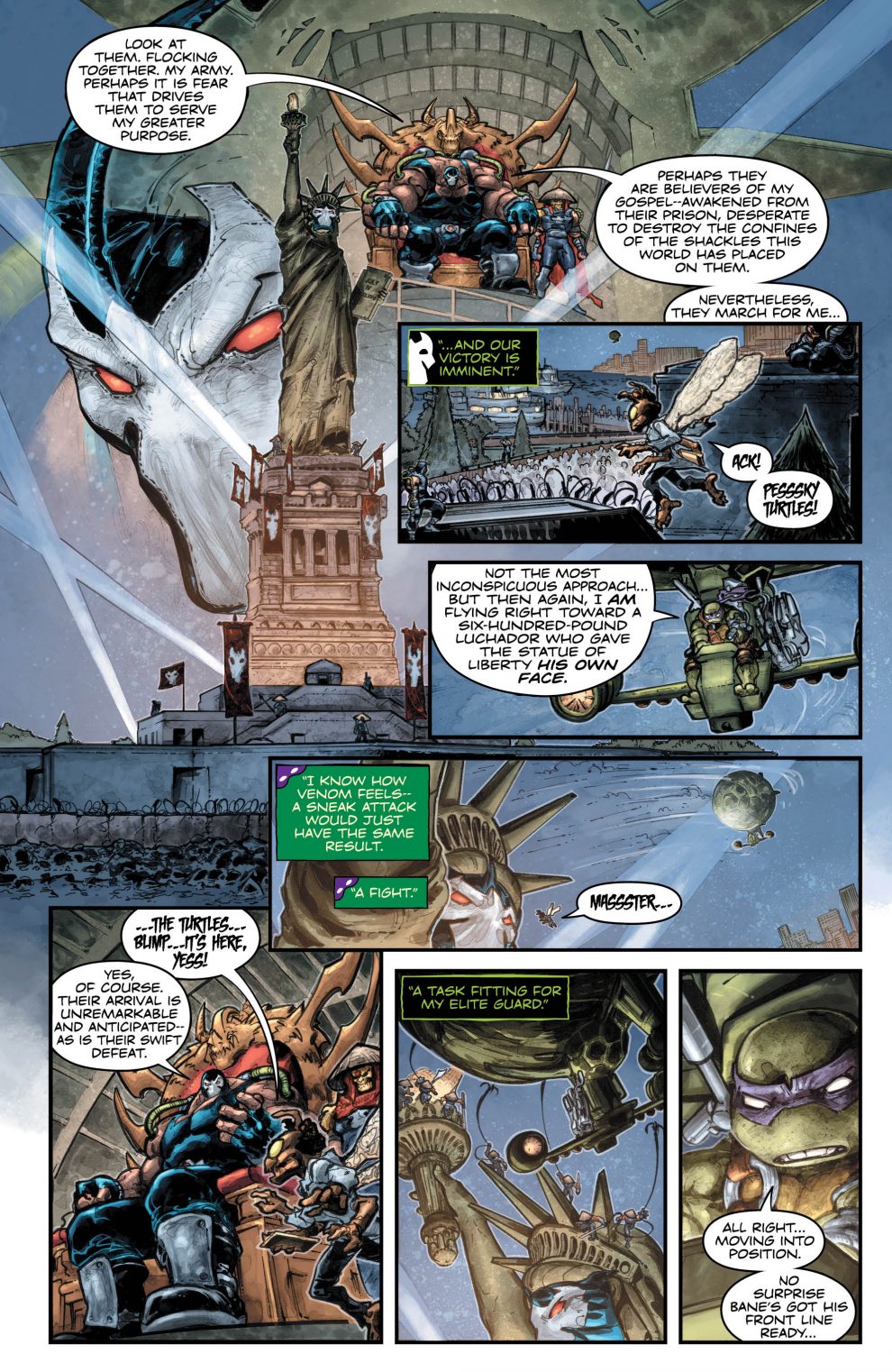 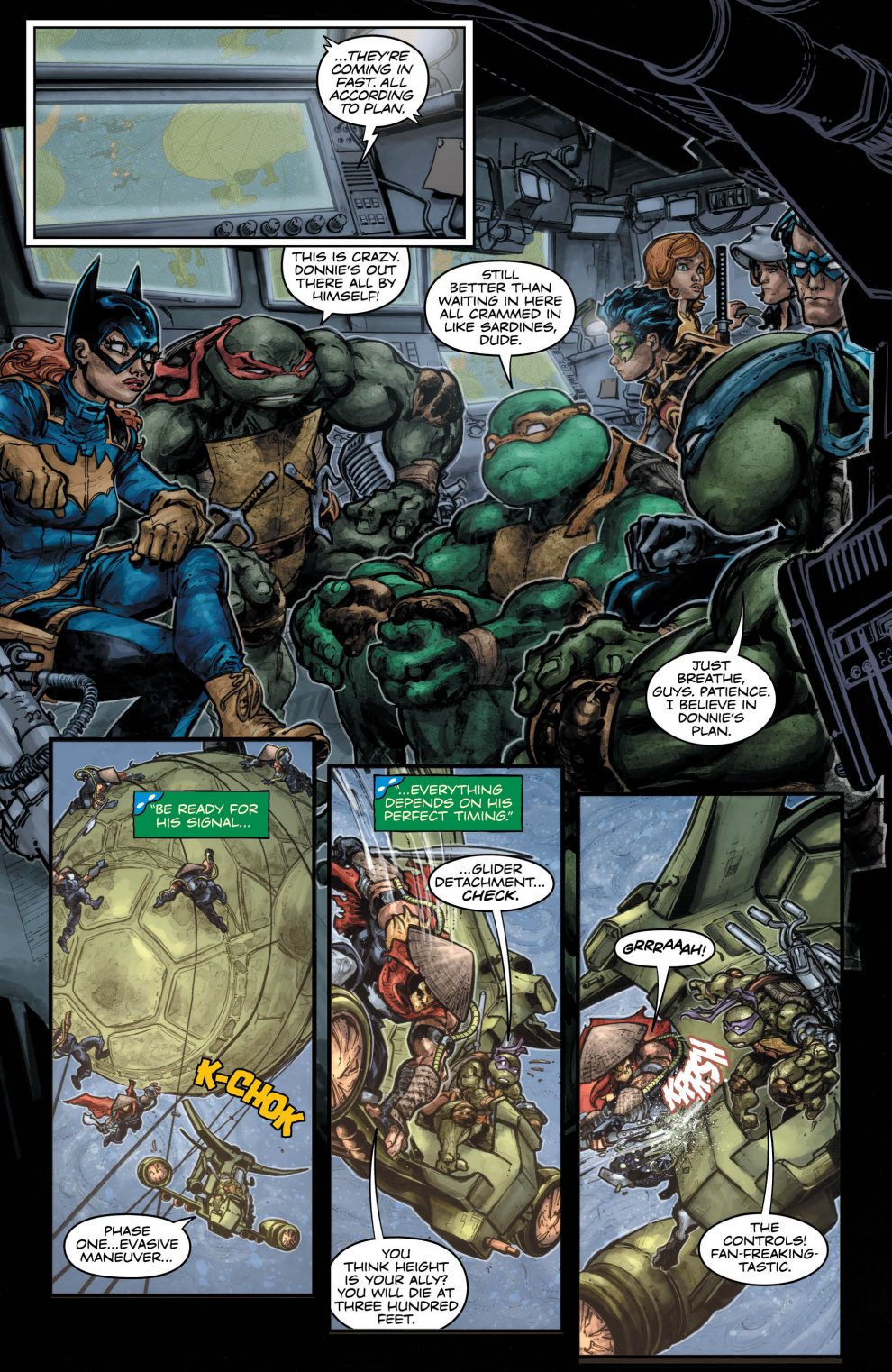 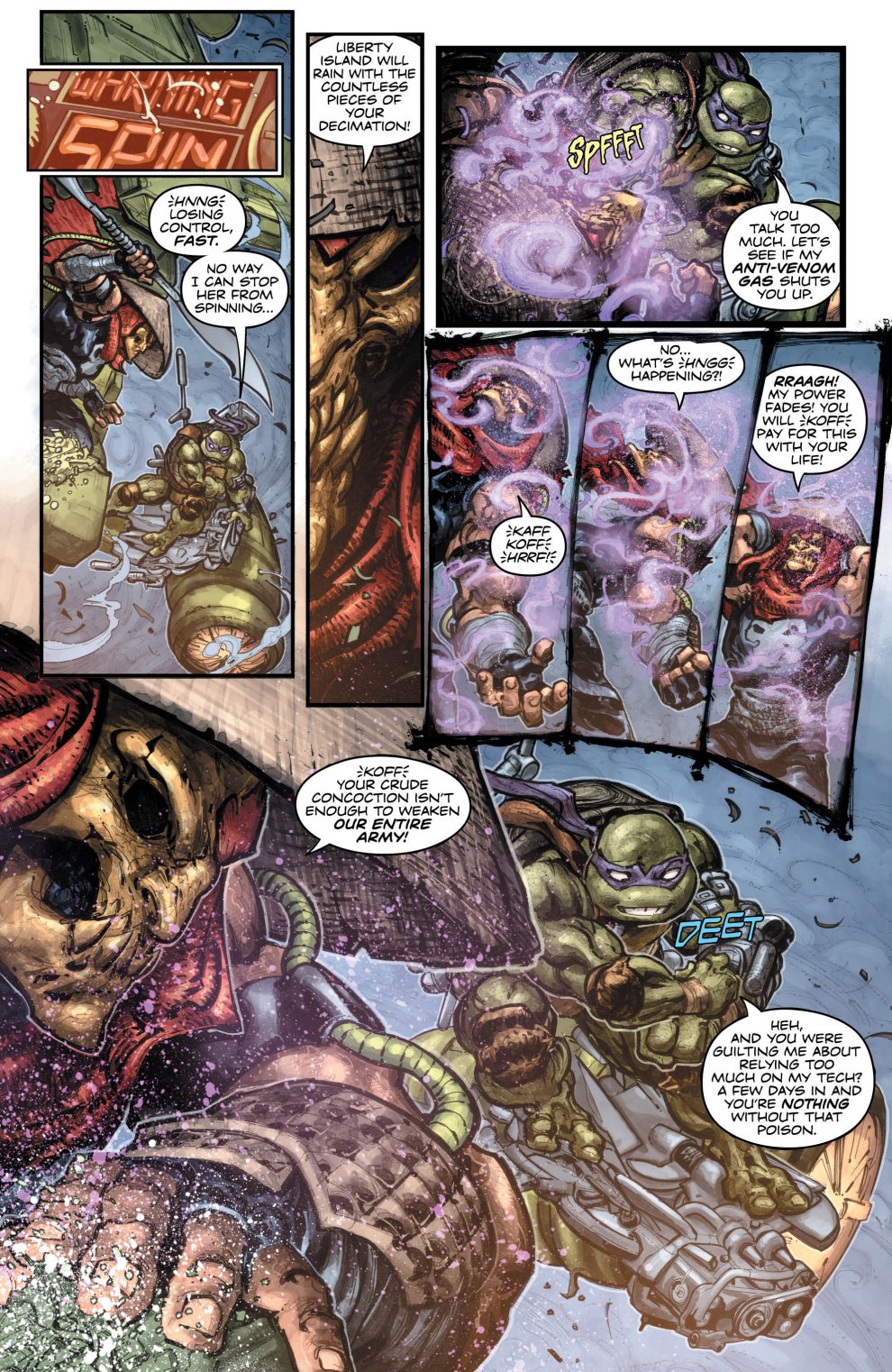 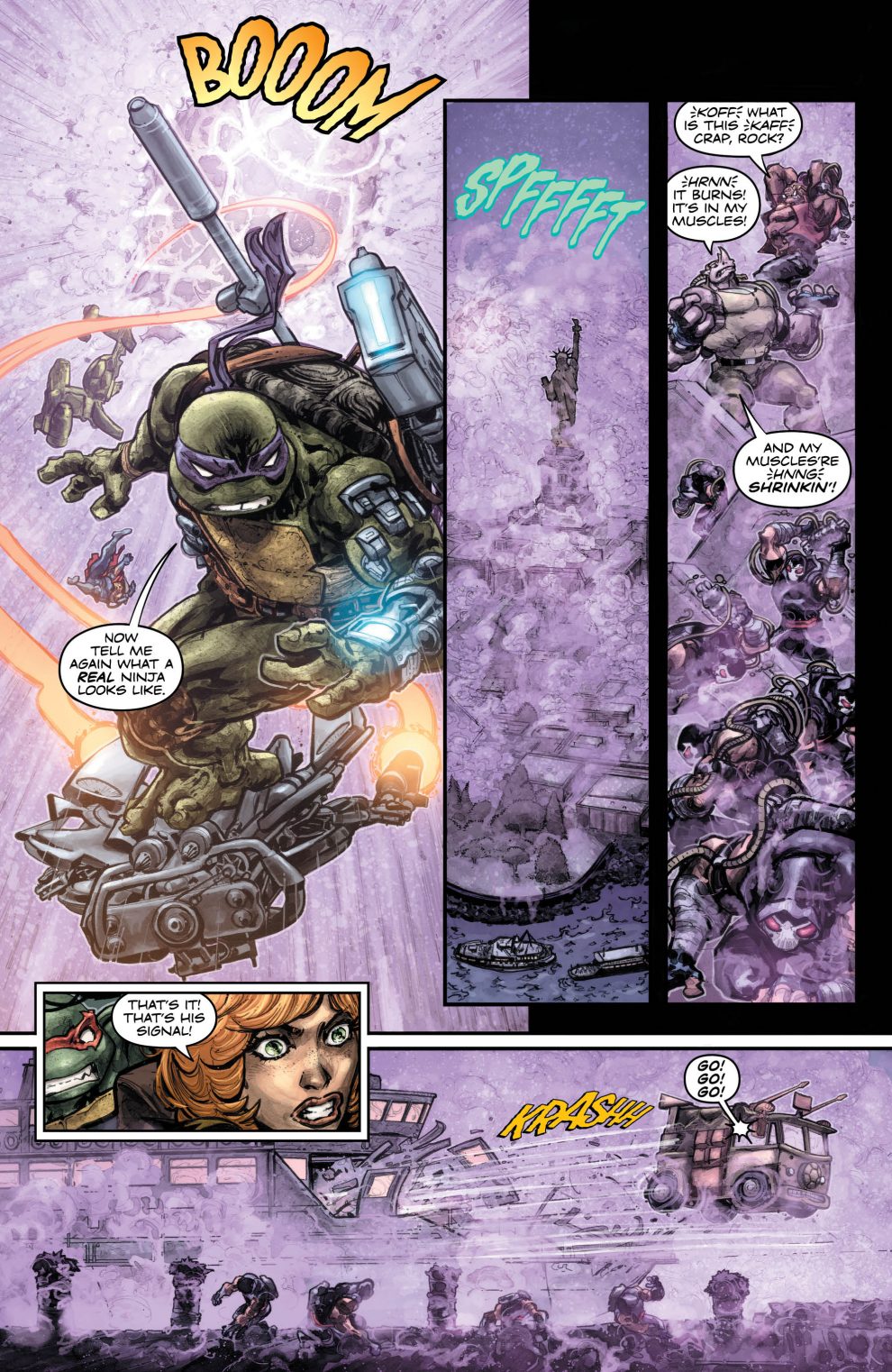 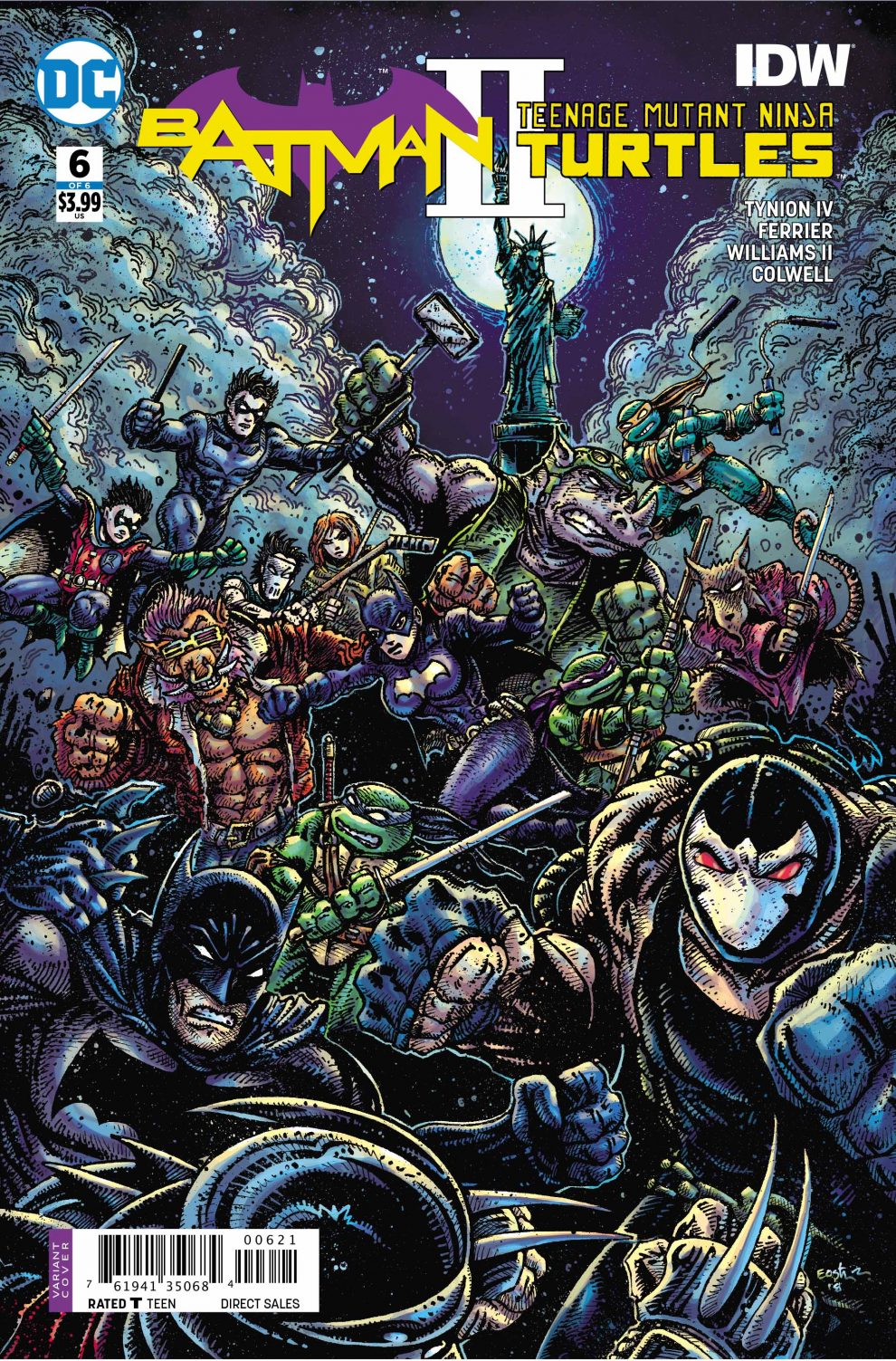 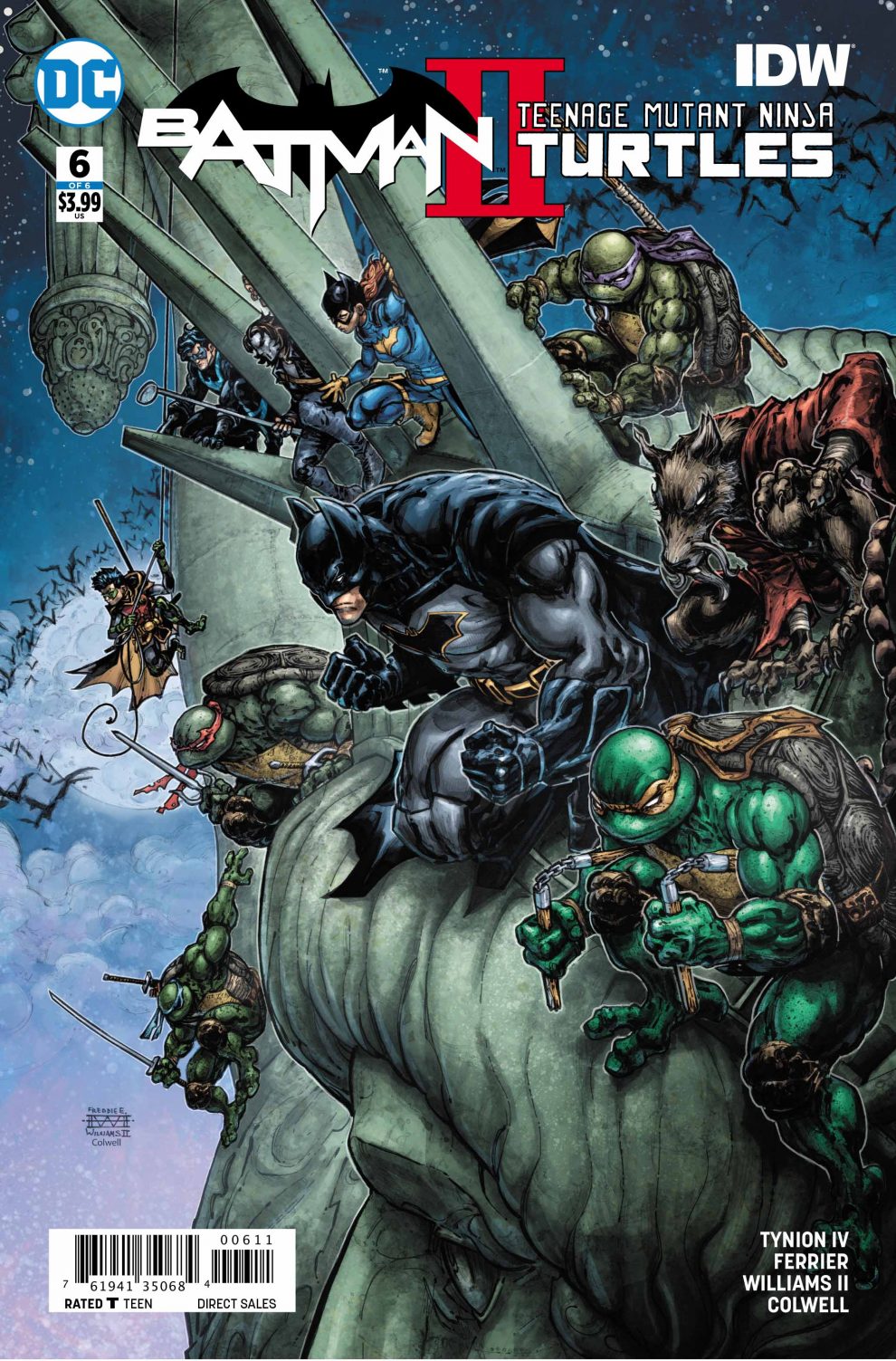 I can’t forget to mention the unspoken agreement between the Dark Knight and the Shredder. It was brief, honorable, and also badass. There was never any doubt to the outcome, but I loved how Tynion included their secret agreement.

Just like the first series in 2015, Batman/ Teenage Mutant Ninja Turtles II was a blast. Fans never thought we’d get a crossover, let alone a second time. This sequel was just as much fun as the original. Tynion gave each character their own moments, but gave the spotlight to Donatello, and deservedly so. It was a great arc for the smartest turtle, to show just how important he is to the team. Freddie Williams nailed every panel, giving comic book fans exactly what they want, and deserve. I own each issue, but can’t wait for it to be released in one collection.