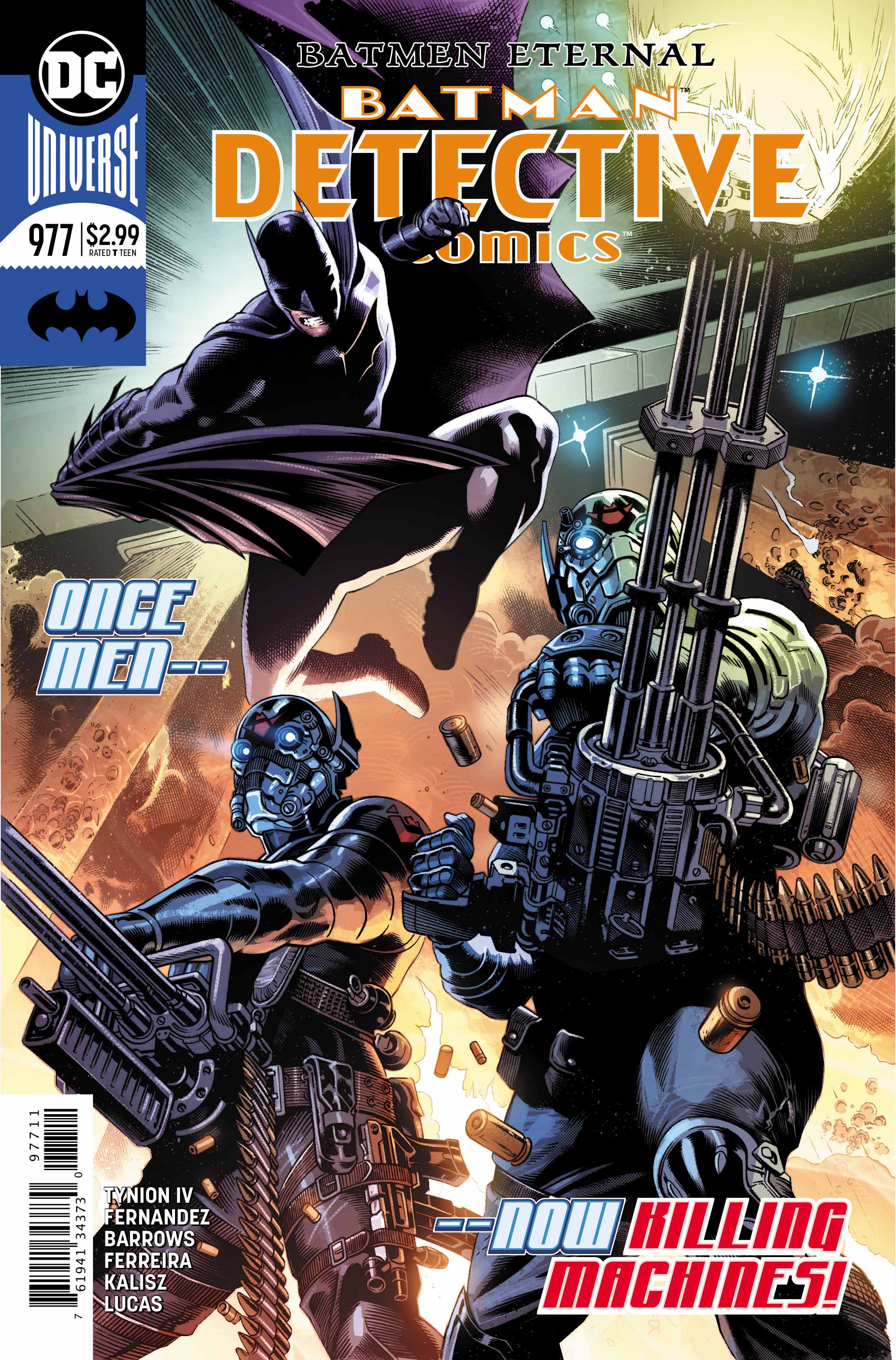 Batwoman and The Colony turn up the heat in the second thrilling chapter of “Batmen Eternal.” The General, ever intent on winning over Tim Drake, gives him another glimpse of his possible future, as bait. The stakes are as high as they can possibly be, with the fates of Batman, and all of Gotham City in the balance.

Man, that James Tynion knows how to write a comic, doesn’t he?

The scenes with future Tim at college really brought back some happy memories. I used to love the relationship between Ives that Tim back in the 90s. Seeing these two old friends reunited really made this old fan smile. The scenes with an aged Batman fighting The Colony and Batwoman, however… wow! This really is future imperfect. 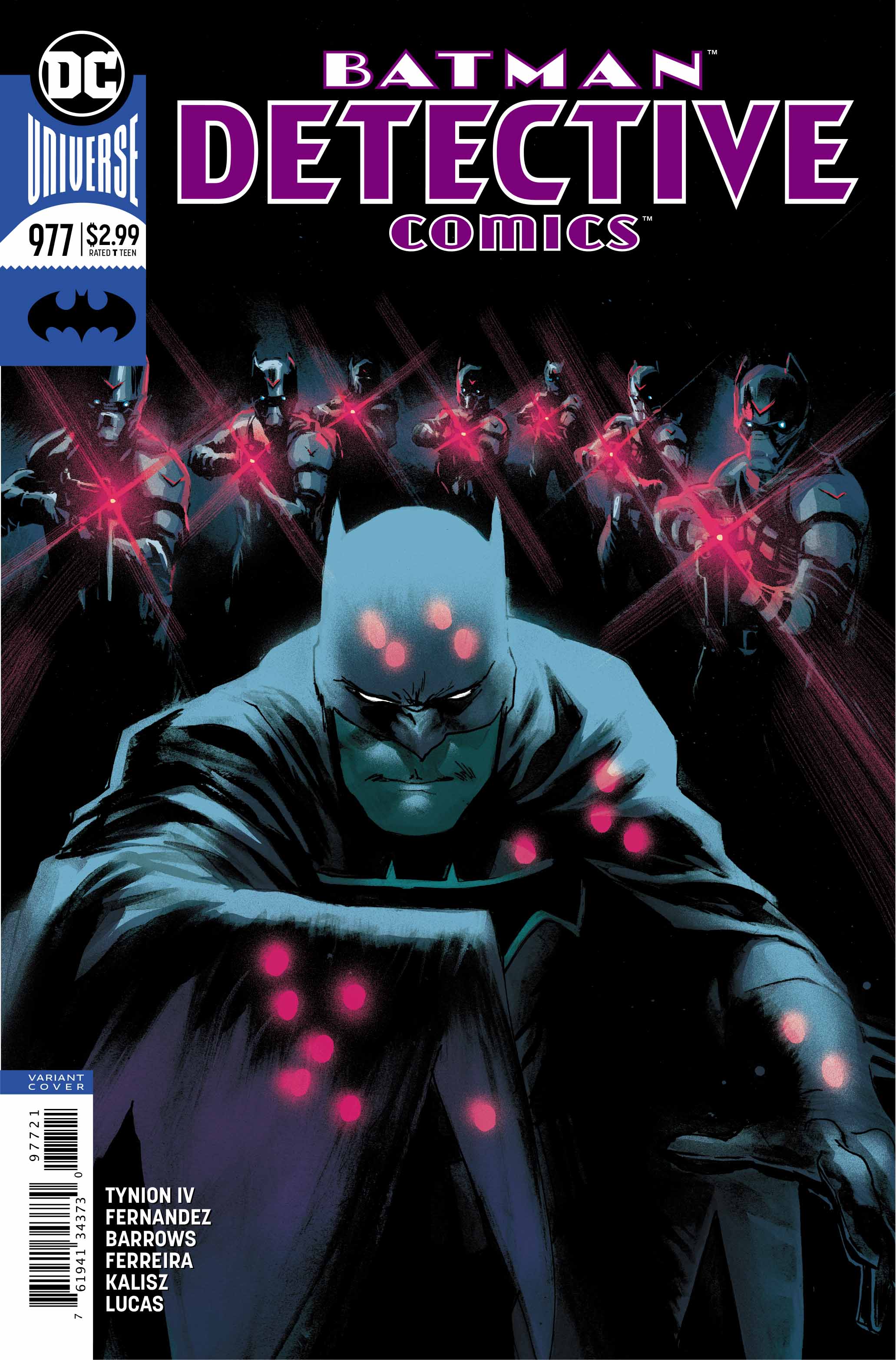 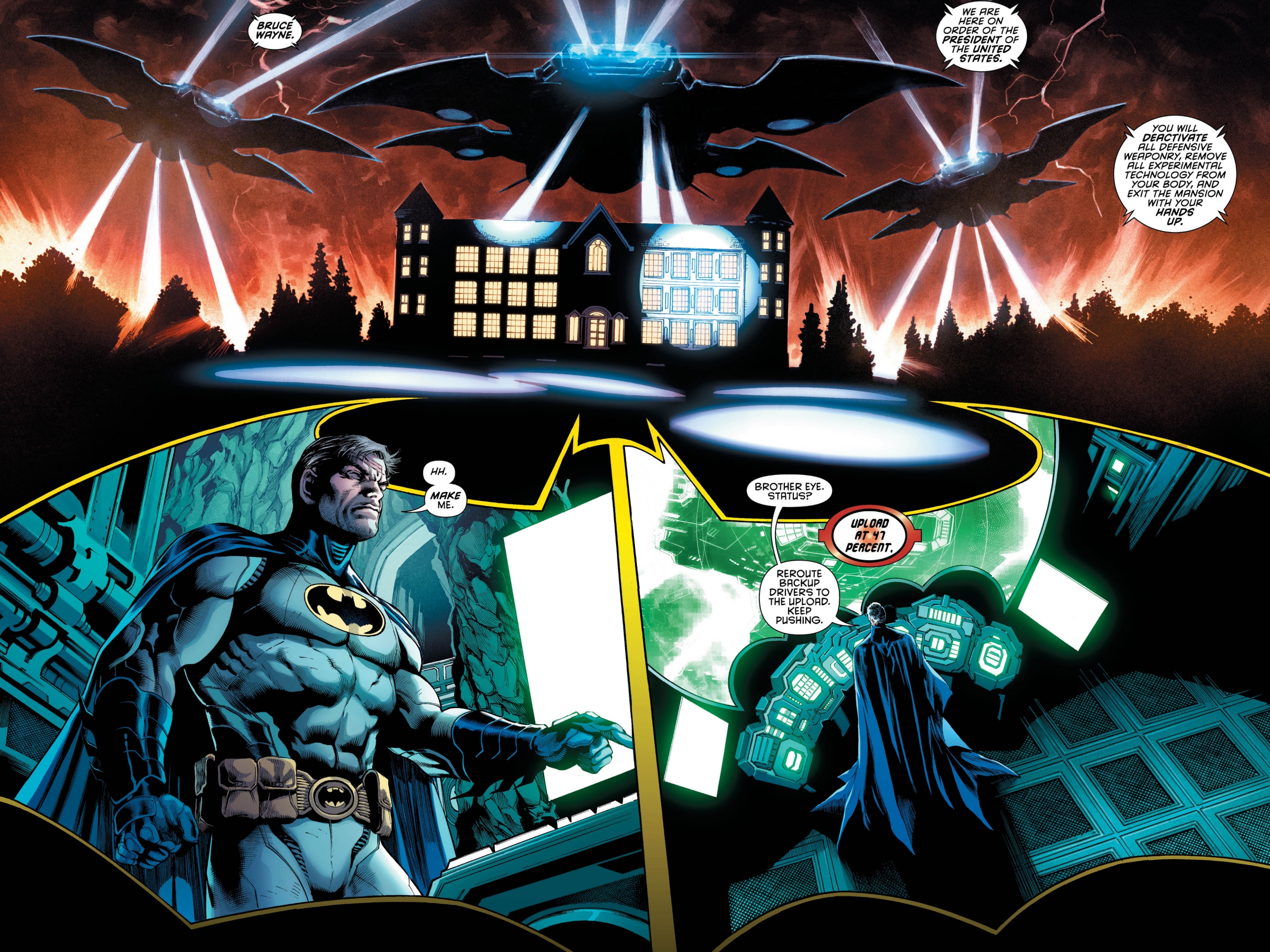 Regular Dark Knight News readers will know that I’m not a fan of having two art teams in one issue. Usually splitting the story can prove jarring, and make the story feel disjointed. Thankfully both art teams are rock solid, and Mr. Tynion has split the past and present arcs admirably.

As always Sal Cipriano deals with more letters than the post office in a legendary manner.

It was great seeing Tim working with Bruce again, but I’m still waiting for the other shoe to drop. Will he follow Ulysses’ path? Has Kate been totally lost to The Colony? Are our heroes doomed to fulfil Bat-Tim’s prophesied future?

I’m in for the long haul… Bring it on, Detective Comics!