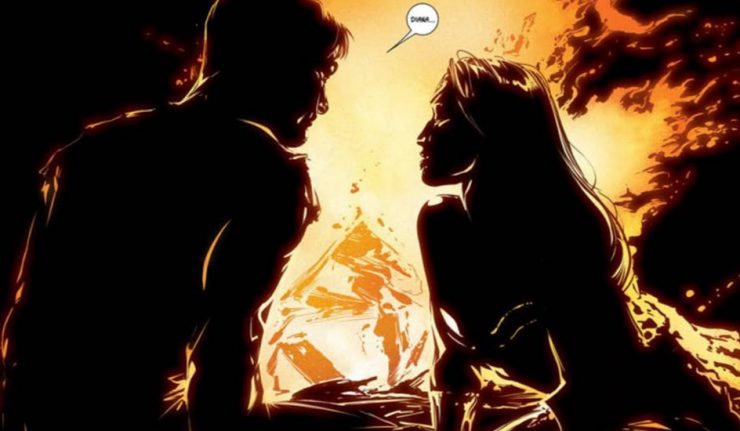 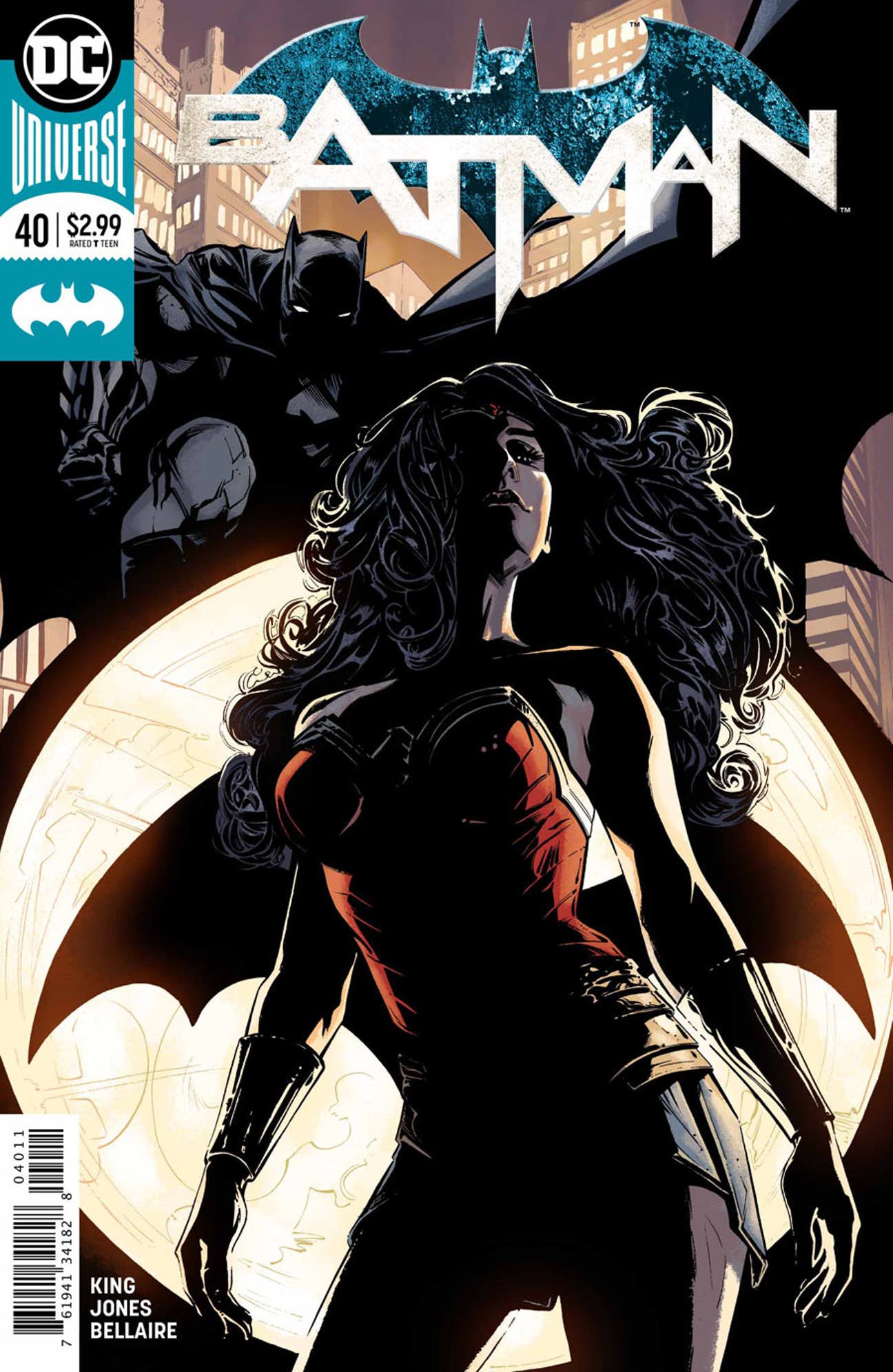 First, the good parts. King’s has an excellent handle on writing emotionally-provoking moments. It especially shines in the intimate scenes between Catwoman and the Gentle Man, as well as his wife. It is emotionally visceral and real.

Jones’ art does amazing work with those small, quiet moments. She gets across the emotions in just a character’s body language or their eyes. Her art is subtle and tells a lot of story without King’s script.

The interactions with Batman and Wonder Woman are pretty good too. King firmly establishes that Batman and Wonder Woman share common traits as warriors. Even more so than-say Superman-they understand how battle can wear on the soul. The best scene in the entire comic is Batman and Wonder Woman conversing about missing their pets. It is funny because of how mundane it is. Just like the Superman issues, the comedy and drama is  heightened when larger-than-life superheroes have pedestrian interactions. It is brief and more importantly, it is humanizing. It is also refreshing to see the two act like peers without any romantic inclinations. 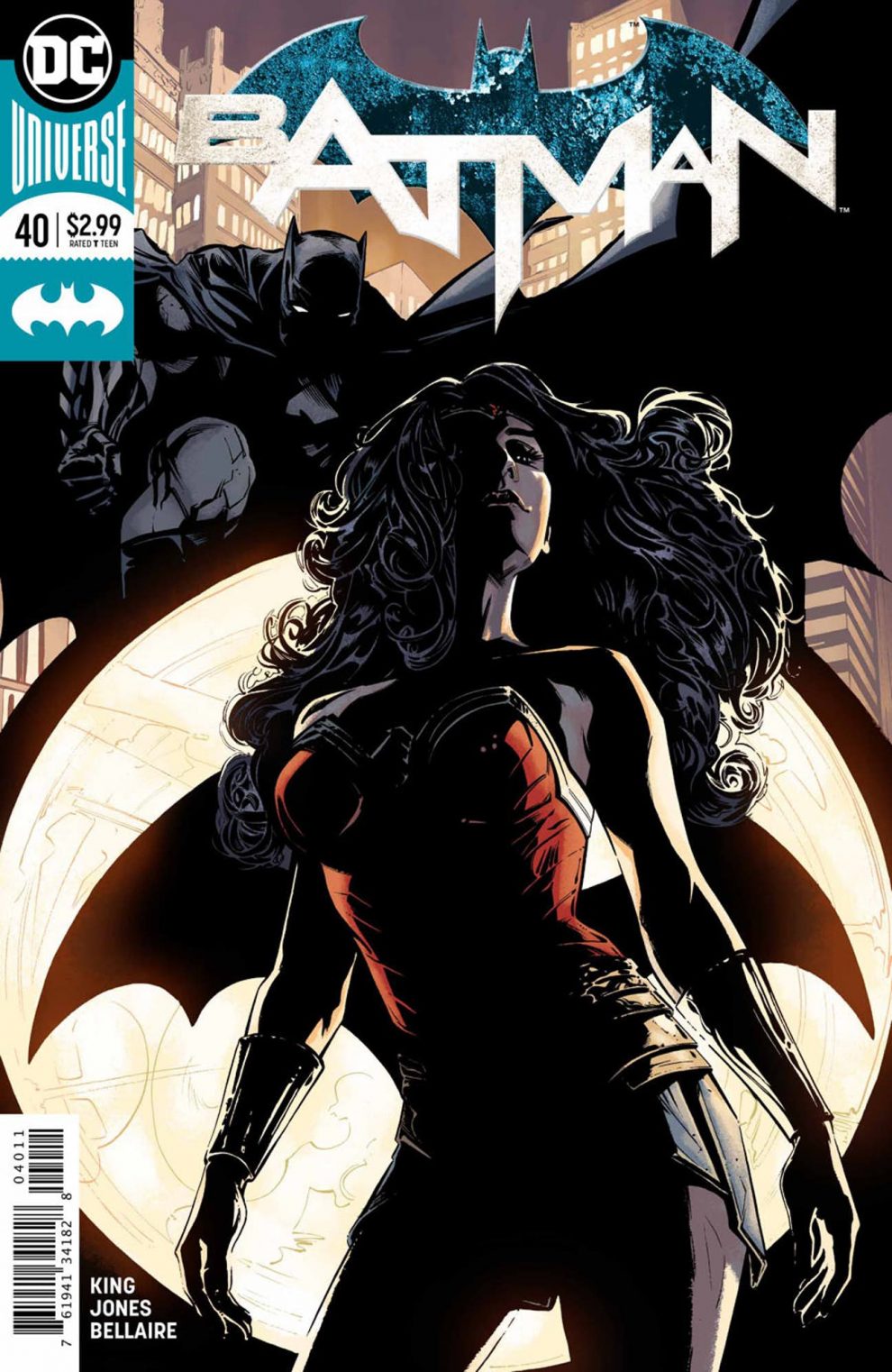 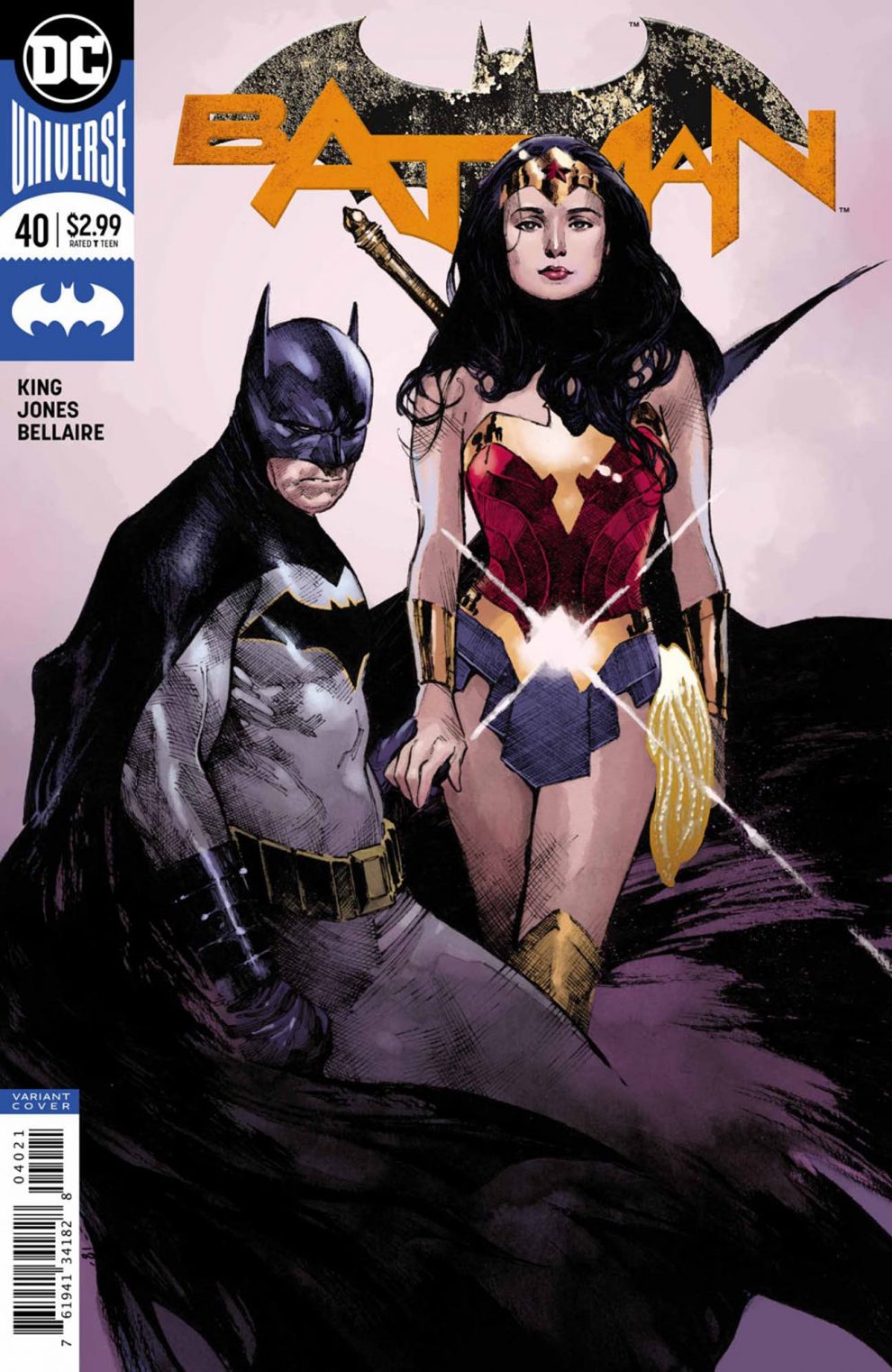 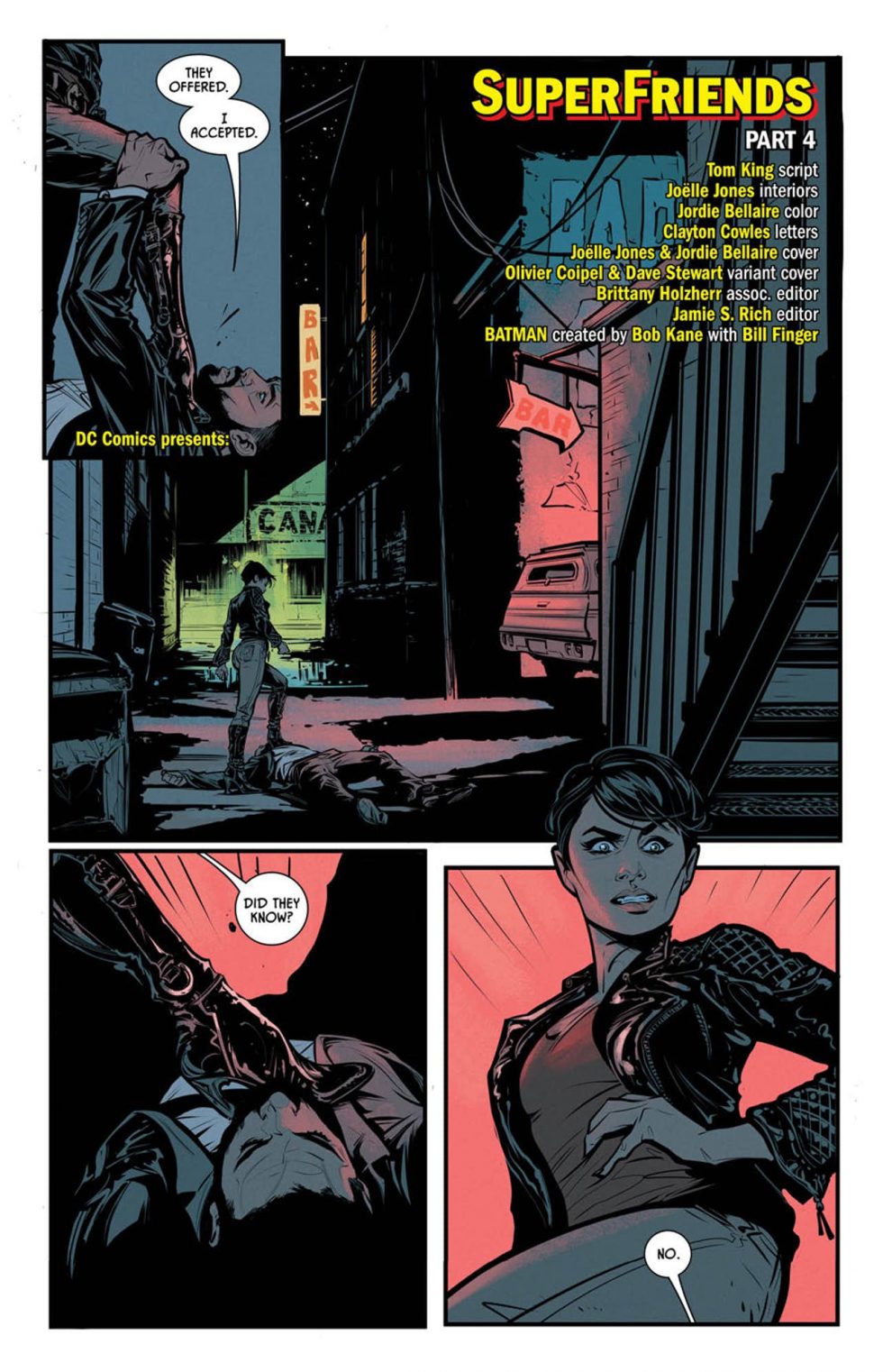 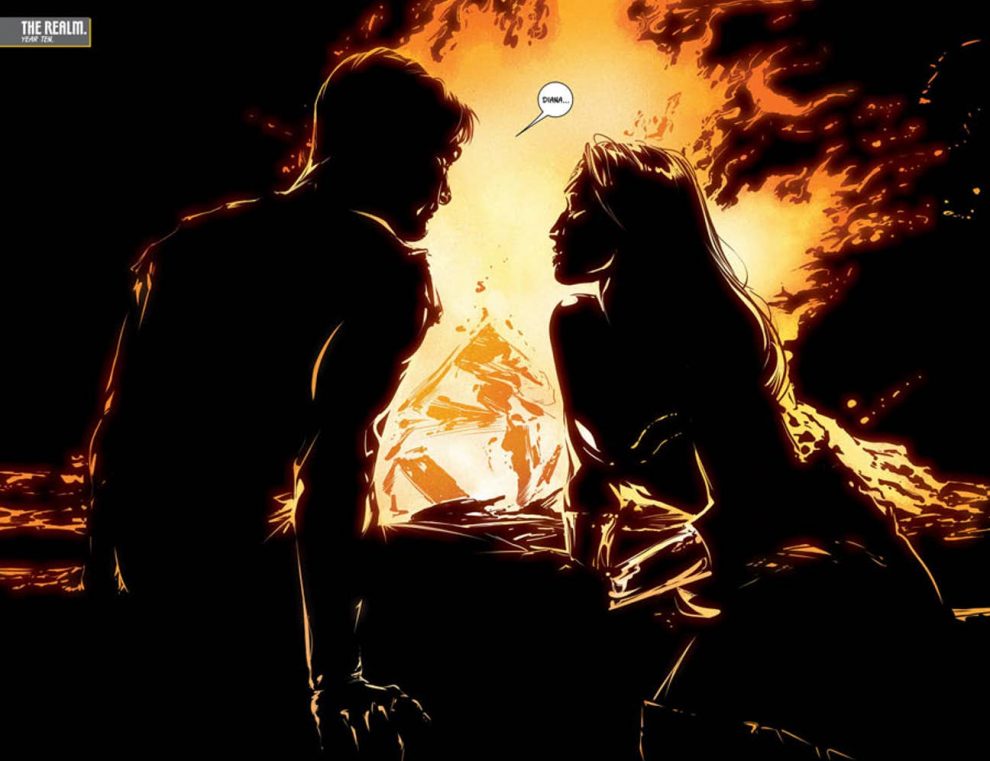 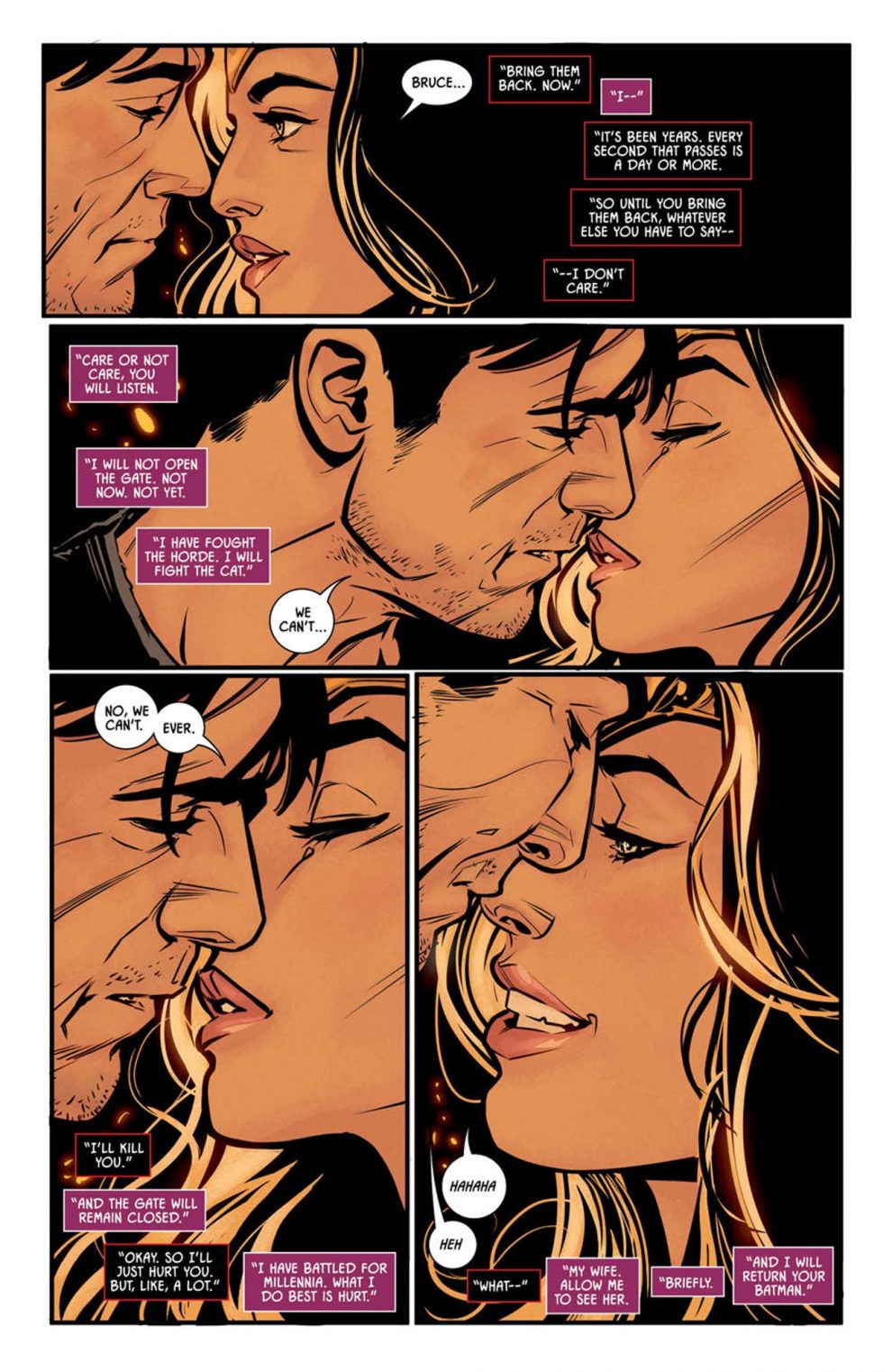 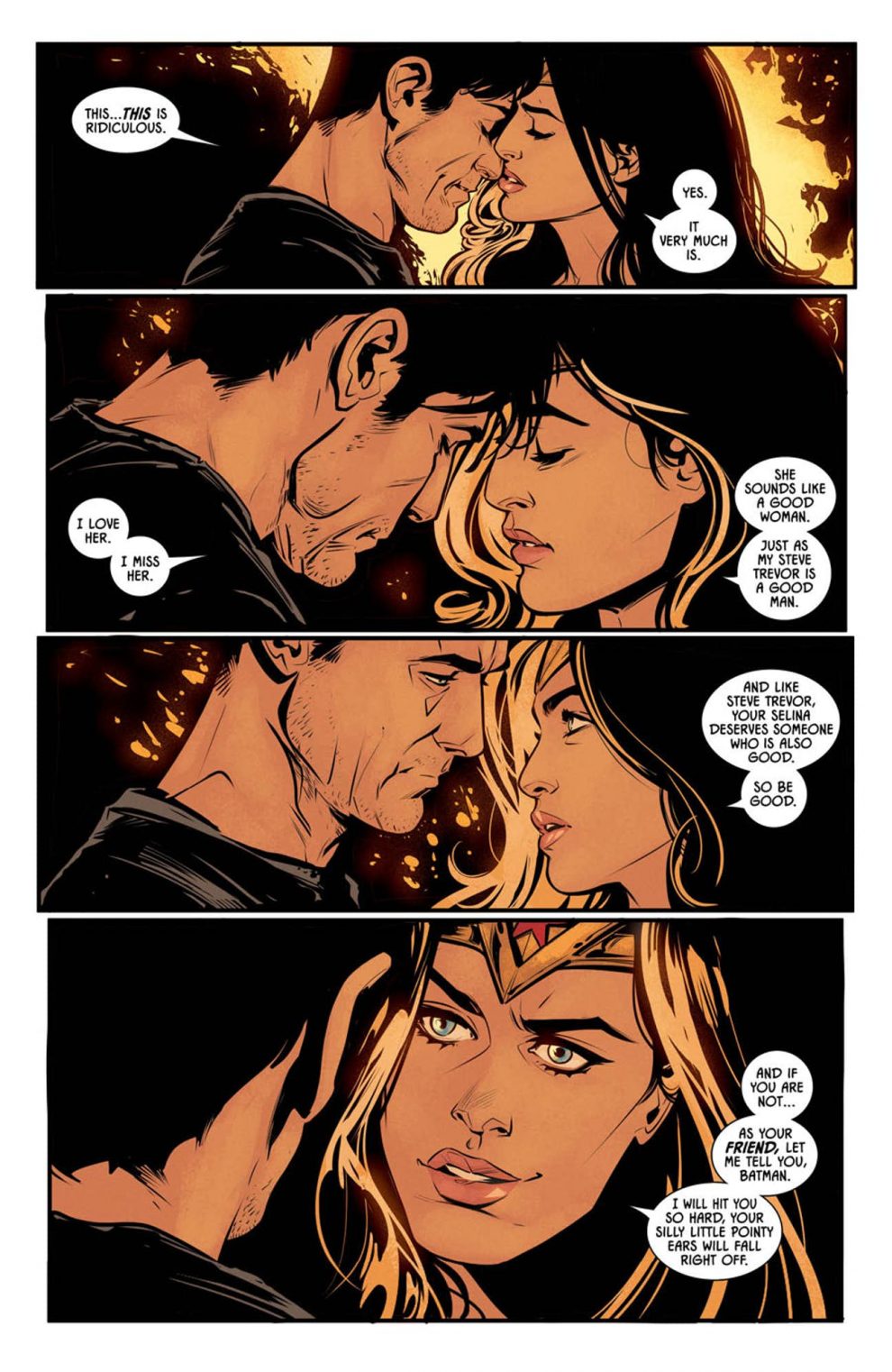 Which brings me to my biggest annoyance with this issue. As predicted, last issue’s cliffhanger is a misleading and problematic for multiple reasons. The continuation of the last issue rings hollow because we know that Batman will never betray Catwoman like that. Also, the fact that Wonder Woman is portrayed as an object of desire feels wrong. While resolution is amiable and platonic, it just ends there. Batman and Wonder Woman continue being pals like nothing happened. It is a little unusual that the plot point is never really addressed again.

This storyline also suffered from a strangely convoluted premise. Surely there could have been better ways to showcase Batman and Wonder Woman’s friendship? Did we really need them fighting and endless horde of orcs for 40 years in a strange dimension?

Another weird thing is how the Gentle Man is characterized. He initially presented as a heroic, sacrificing warrior. But throughout the issue, he looked more selfish and-quite frankly-almost villainous. It makes the emotional scenes and ending a bit of a mixed-bag. The readers are left vaguely confused and unsure by those moments. Should they sympathize with a guy who intentionally deceived Batman and Wonder Woman? The Gentle Man is more of a plot point to get the issue’s theme across, rather than a fleshed-out character, so answers are never really given.

This issue is not King’s best scripting efforts. It is riddled with odd character portrayals and plot points being introduced and then quickly dropped. However, King was able to showcase an enjoyable display of Batman and Wonder Woman’s relationship. Additionally, Jones’ art is drop-dead gorgeous and elevates even the most mediocre material.