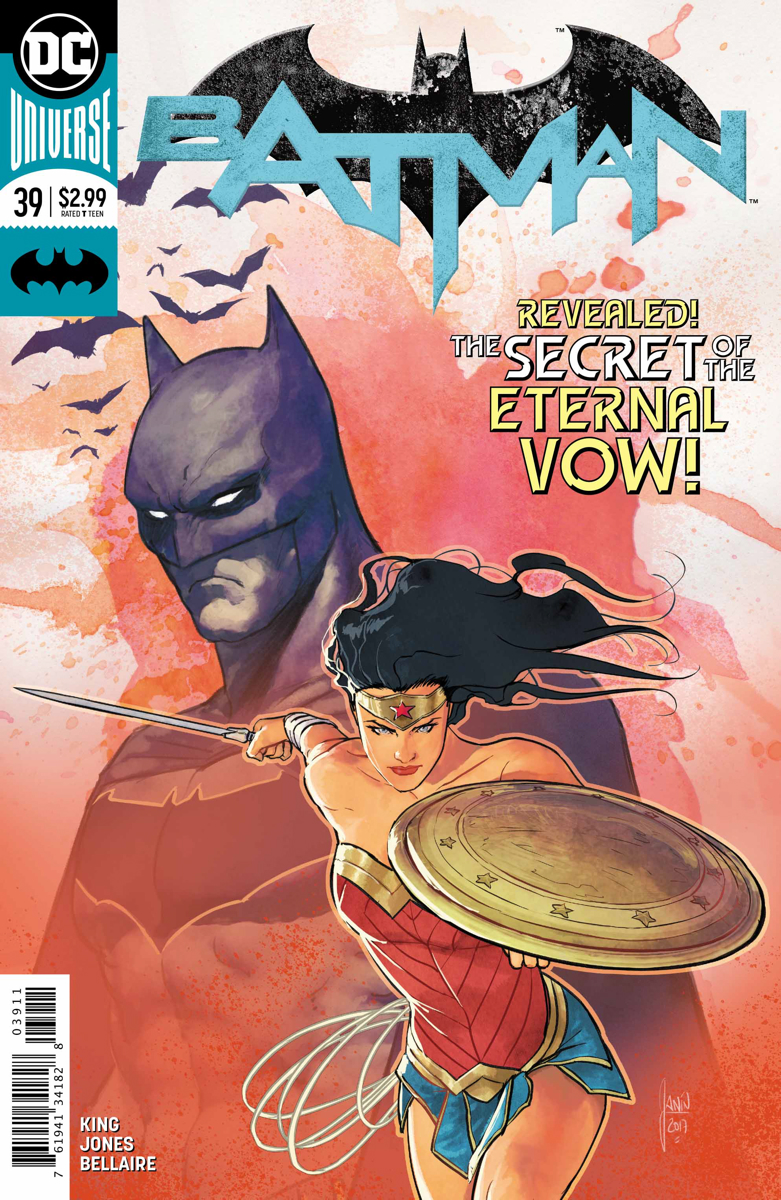 Right of the bat, King has been in top form with his recent issues of Batman. His latest issues have been tonally different, but consistently high in quality. With that being said, this issue is okay. In fact, one may even say pretty good. It is certainly not as awesome as the Superman team-up issues.  And that is because the Wonder Woman/Batman dynamic is not nearly as interesting or fun as Superman.

Fortunately, King does his best to add some interesting elements to the Wonder Woman relationship. King sees Batman and Wonder Woman as warriors with a common bond over fighting. It is an intriguing idea, but it is a little underutilized. Both heroes relate over combat. But outside the first shared scene and then some banter, it is not mentioned much. Without getting into spoilers, King goes a different route with Diana and Bruce’s relationship. Even though it is almost-sure to be a fake-out, seeing Wonder Woman in the role of “object to be desired” is cliche. 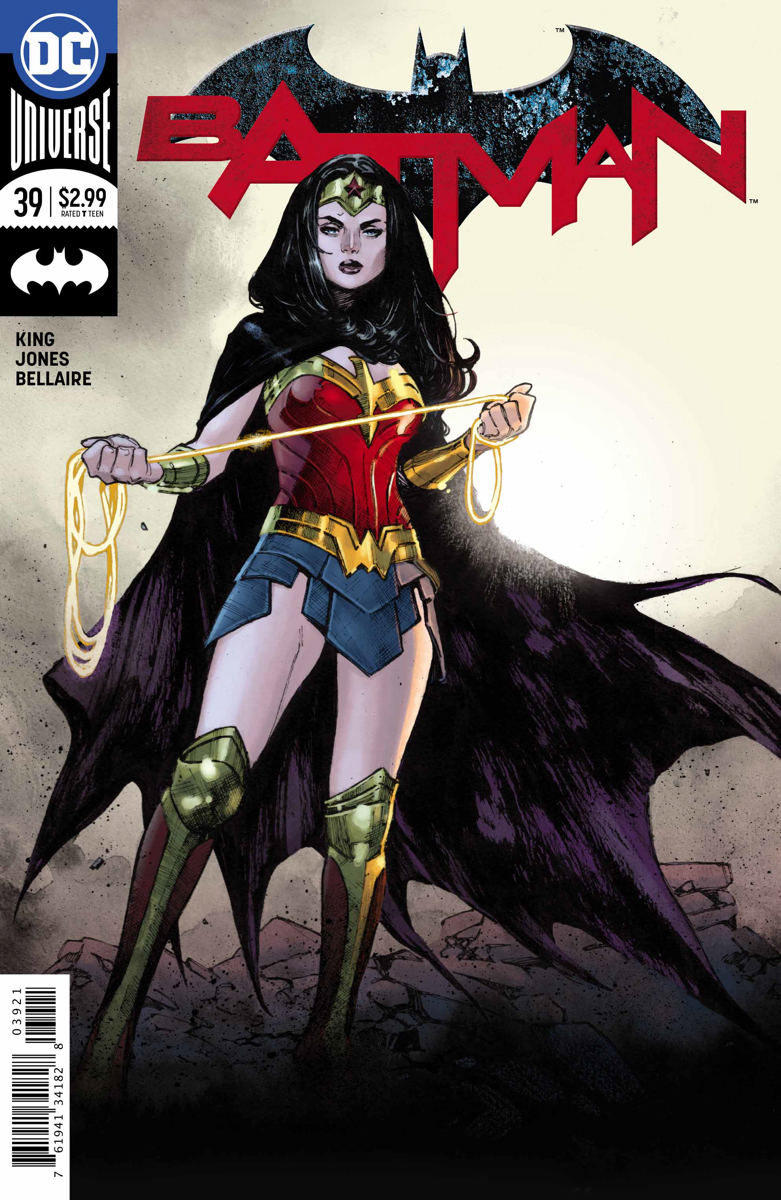 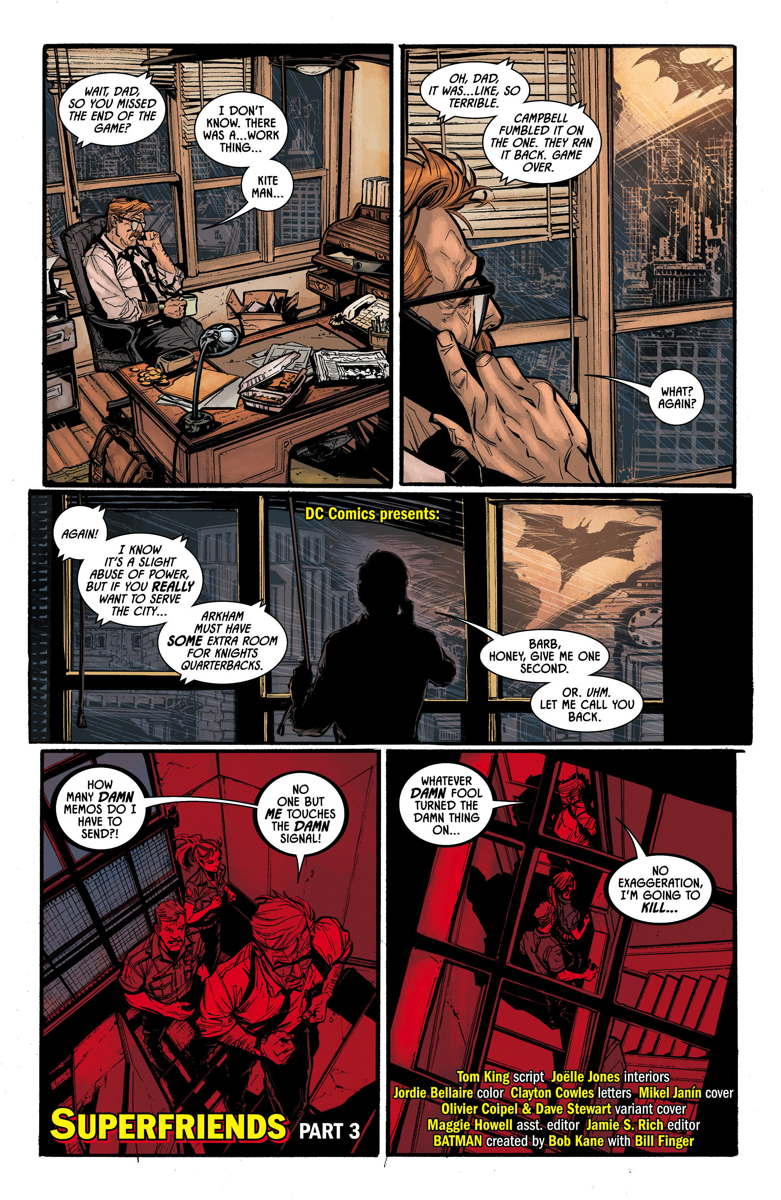 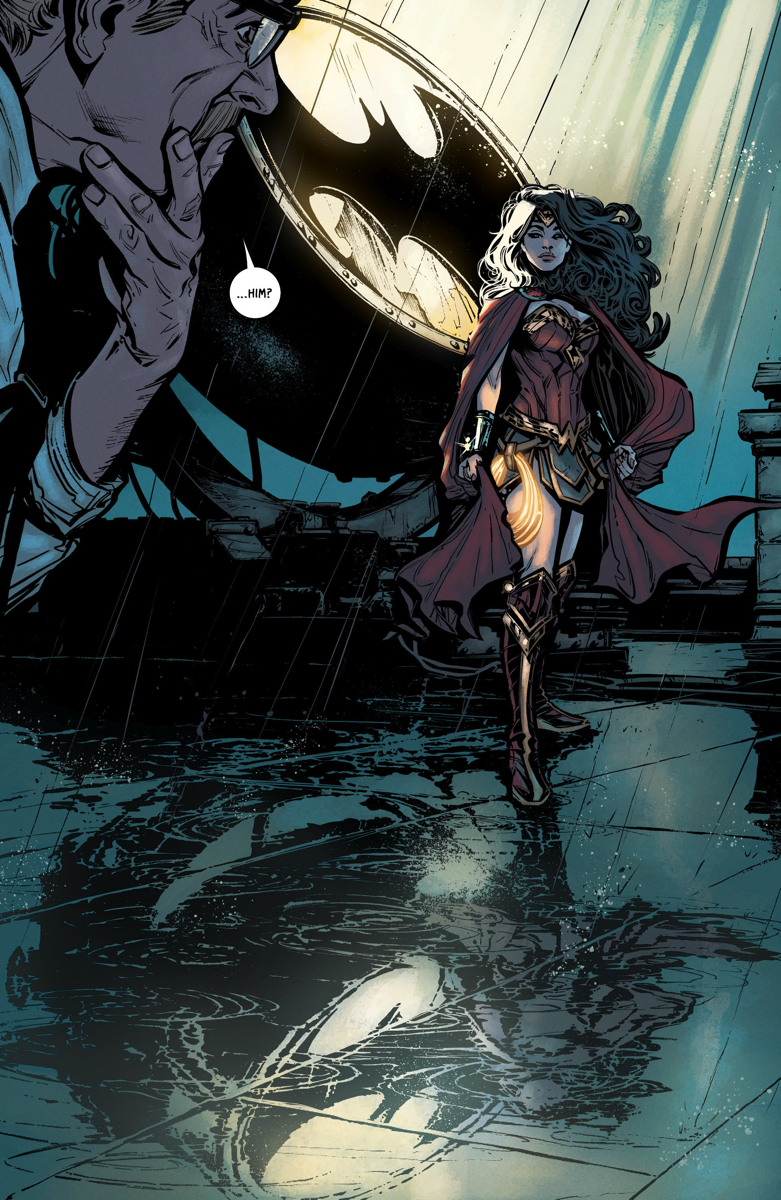 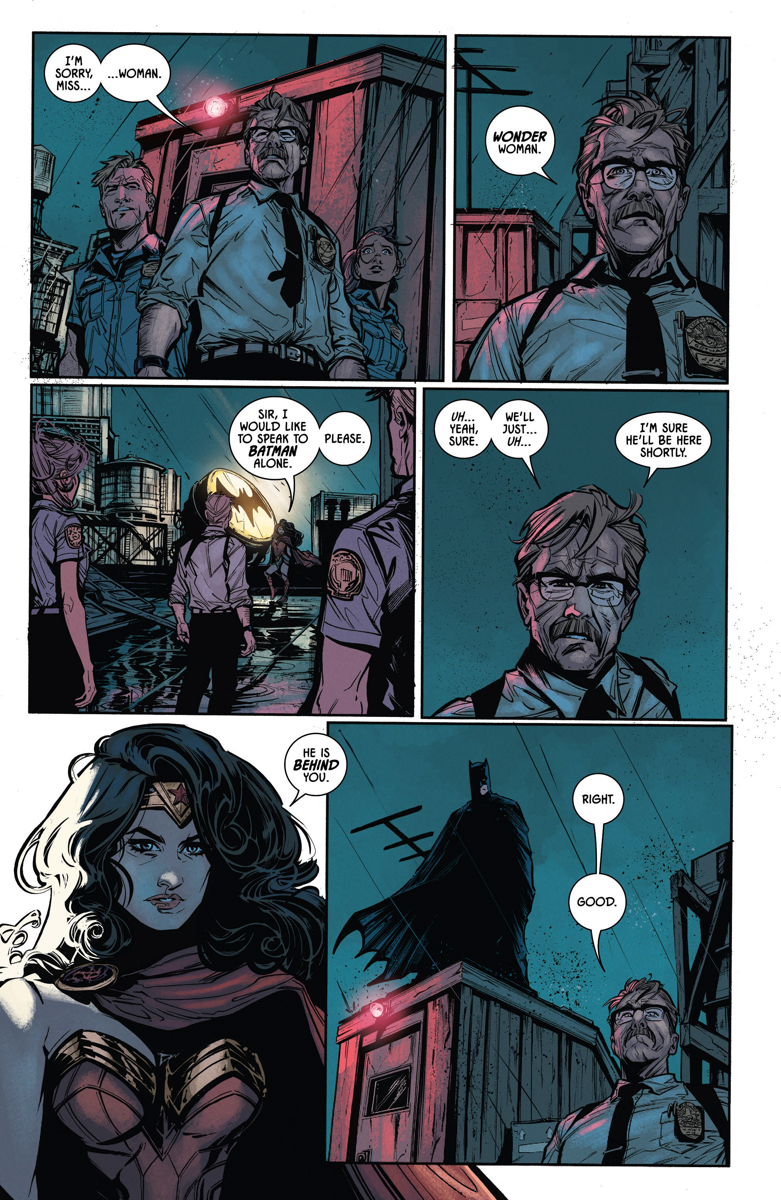 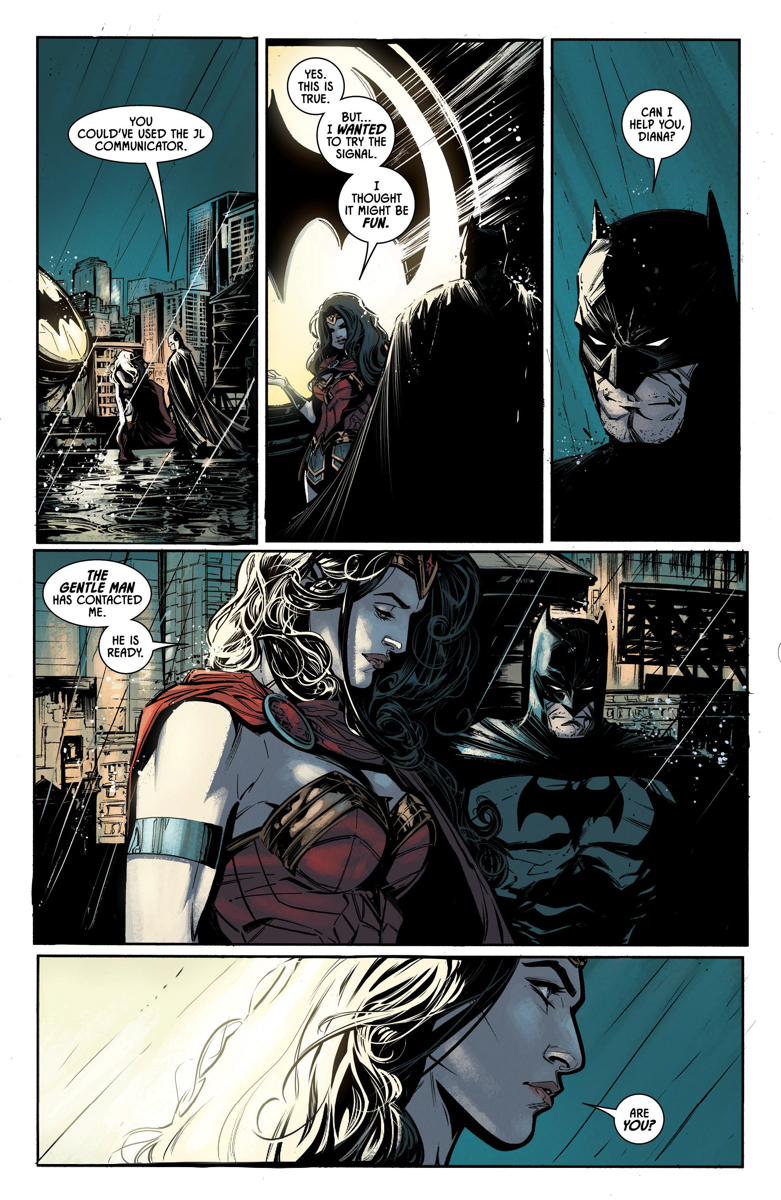 Not to say that King does not understand Wonder Woman. The truth is, he has a very strong grasp on her character and dialogue. She has a tough-love approach, but never demeans others. That characterization is what made her so great in the movies.

King also has a fine handle on the humor in this issue. Some of gags are actually very funny and well-thought-out. Particularly the running joke of Batman’s medieval is really funny because of how it subtly contrasts Catwoman’s and Wonder Woman’s personalities.

Joelle Jones inky-art style looks amazing on each page. Jones’ Wonder Woman is fantastic to look at. She is both beautiful and tough. Easily the most breath-taking page is the splash of Wonder Woman in front of the Bat-signal. The blacks set a dark, but also bouncy mood. Plus, the way Jones utilizes the rain puddles to reflect the light of the Bat-signal is gorgeous. Furthermore, Wonder Woman’s face looks noticeably different from Catwoman’s. Jones is able to avoid the same-face pitfall of many comic book artists.

King and Jones make due with tougher material. Wonder Woman and Batman are not nearly as compatible as Superman and Batman. It shows in the script, but the creative team still puts out a decent effort in making the Diana-Bruce dynamic fun.

Film Review: ‘Scooby-Doo! and Batman: The Brave and the Bold’