There were reasons why Justice League and Batman v Superman: Dawn of Justice had such divisive issues. A new YouTube animator gives us his two-cents on how Superman should have returned in Zack Snyder’s Justice League. Spoilers! Superman comes back because Batman needed him too. All the members of the League warned Batman not to do it, but he brings him back to life using Kryptonian technology; ignoring everyone. Makes enough sense for a superhero film, I buy it!

This is his first animation on his personal channel, and it’s already gained over 30,000 views. The video features the original Superman theme by John Williams. Fun fact: the theme song can actually be heard lightly playing while Superman from the DCEU fights the Justice League after he is brought back to life. With the addition of a guilt-free Bruce Wayne. There’s no doubt about it, the Bat’s feelings for the alien was mixed, so it makes sense Bromley added tears to Bruce. 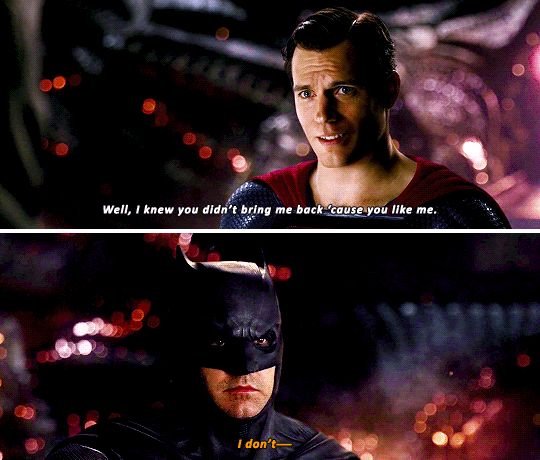 The most awkward Bat.

Check out the delightful animated short of How Superman Should Have Returned.

Film Review: ‘Scooby-Doo! and Batman: The Brave and the Bold’