‘Batman: Gotham By Gaslight’ Set To Premiere In Los Angeles

Meet the cast, and see the film Batman: Gotham By Gaslight on the big screen!

If you’re in Los Angeles on Monday, February 5, you may be in for a treat!

The Paley Center for Media will host the premiere of DC Universe movies latest release – Batman: Gotham By Gaslight.

Warner Bros. Home Entertainment proudly presents the Los Angeles premiere of Batman: Gotham By Gaslight, the next entry in the popular, ongoing series of DC Universe Movies, at The Paley Center for Media in Beverly Hills on February 5, 2018. Filmmakers and members of the voice cast will attend the event for red carpet media interviews and a post-screening panel discussion.

The Paley Center for Media in Los Angeles is located at 465 North Beverly Drive in Beverly Hills. The screening will begin at 7:00 pm.

A limited number of free tickets are available to the general public. Please note that Batman: Gotham By Gaslight is rated R for “some violence.” Anyone under 17 years of age must be accompanied by a parent or adult guardian.

Fans wishing to receive free tickets to the Los Angeles event on February 5 must RSVP via email to [email protected]gmail.com.

The body of all fan RSVP emails need ONLY include the (1) name of the entrant, (2) valid email address, and (3) the number of tickets being requested (limit four per entry). Fans should keep their entry simple – here’s an example of exactly how the body of the RSVP email should appear:

Tickets to the event will be distributed on a “first come, first served” basis, and fans will be notified via email. Please do not submit more than one request.

Batman: Gotham By Gaslight takes place at the turn of the century as America’s continued industrial revolution is to be showcased at a World’s Fair hosted by Gotham City. But while the world prepares to witness the glittery glory of Gotham’s technological advances, there is a killer loose in the city’s darkest shadows. Preying on the city’s women, this killer is as precise as he is cruel. As Police Commissioner James Gordon tries to calm the fears of Gotham’s citizens regarding the butcher called Jack the Ripper, the masked vigilante Batman enacts his own detective work – with the help of confident, capable Selina Kyle – to stop the Ripper’s murderous spree. Witness a world in flames as the notorious serial killer’s controlled savagery meets the calculated stealth of the Dark Knight. 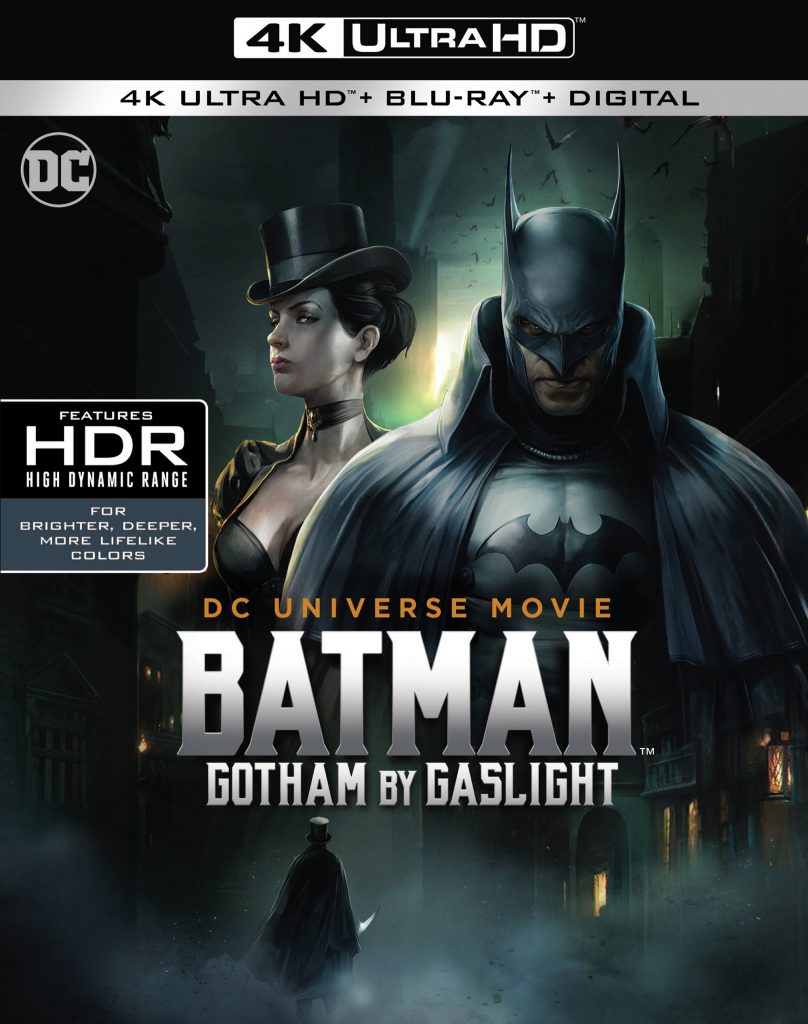