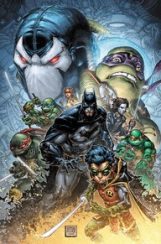 The Dark Knight reunites with the Heroes in a Halfshell this month in Batman/ Teenage Mutant Ninja Turtles II #1. This is a follow-up to the 6-issue series that ended last year, which combined the two worlds into a nerdy tornado full of villains, heroes and pizza. The miniseries fulfilled fans’ dreams of what they long considered to be just a fantasy, but through the power of comics became one of the best stories of 2016.

In BTMNTII, we pick up in the not-too-distant future, with the turtles in the subways of New York. After scaring a man, and chowing down on some pizza (Mikey), Donatello finds himself in trouble with a skilled enemy. Luckily, his brothers come to save the day, but the damage has been done. Donny’s strength (intelligence) doesn’t make up for his weakness (fighting). After opening up to Splinter, he goes out on his own, with his enemies hot on his shell.

Meanwhile in Gotham City, Batman and Robin track down a goon who keeps mumbling a scary word: pit. This can only mean one thing to fans of the Dark Knight: Lazarus Pit. Insistent they heard him right, the Dynamic Duo go on a hunt deep under Gotham. They come across a pit, and an unlikely foe using it: Bane. Just as a fight is about to break out, Donatello ends up in Gotham, and Bane in New York.

James Tynion has made it clear with this first issue that this miniseries is going to be about Donatello’s struggle. For me, I’m totally on board. I feel like the purple turtle always gets the shaft. It’s not that people don’t like him, he’s just never anyone’s favorite. Here, Tynion has tapped into why that may be, and is setting him on a path of redemption, strength, and self-confidence. I loved how the writer quickly zoned in on his emotional trouble, and worked all of his brothers’ strong personalities into the mix. Everyone gets their moment to shine in this issue and it doesn’t get off-base or out of character. Batman and Robin are also on-point, they just don’t get as much airtime (and that’s a-okay). 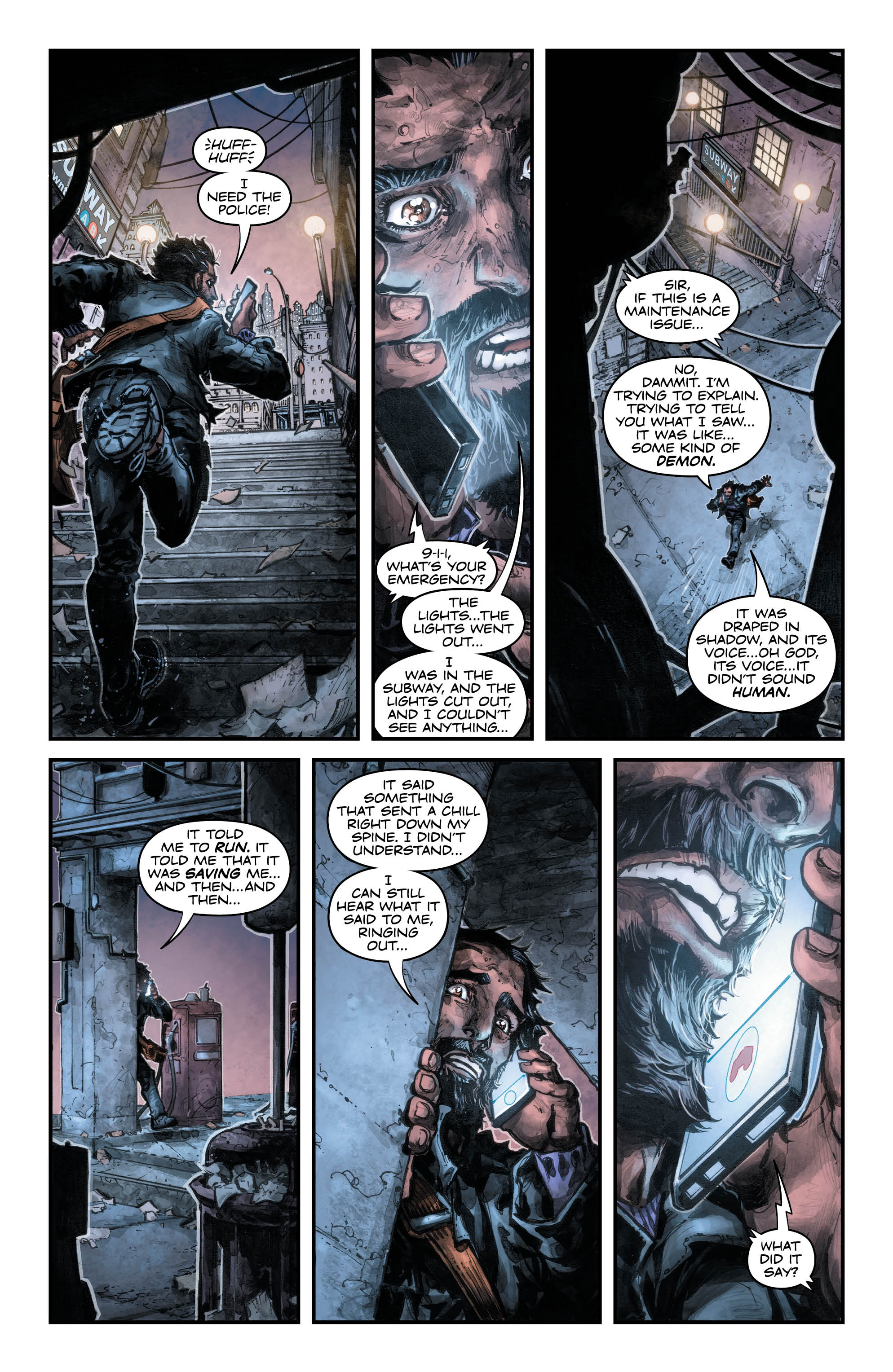 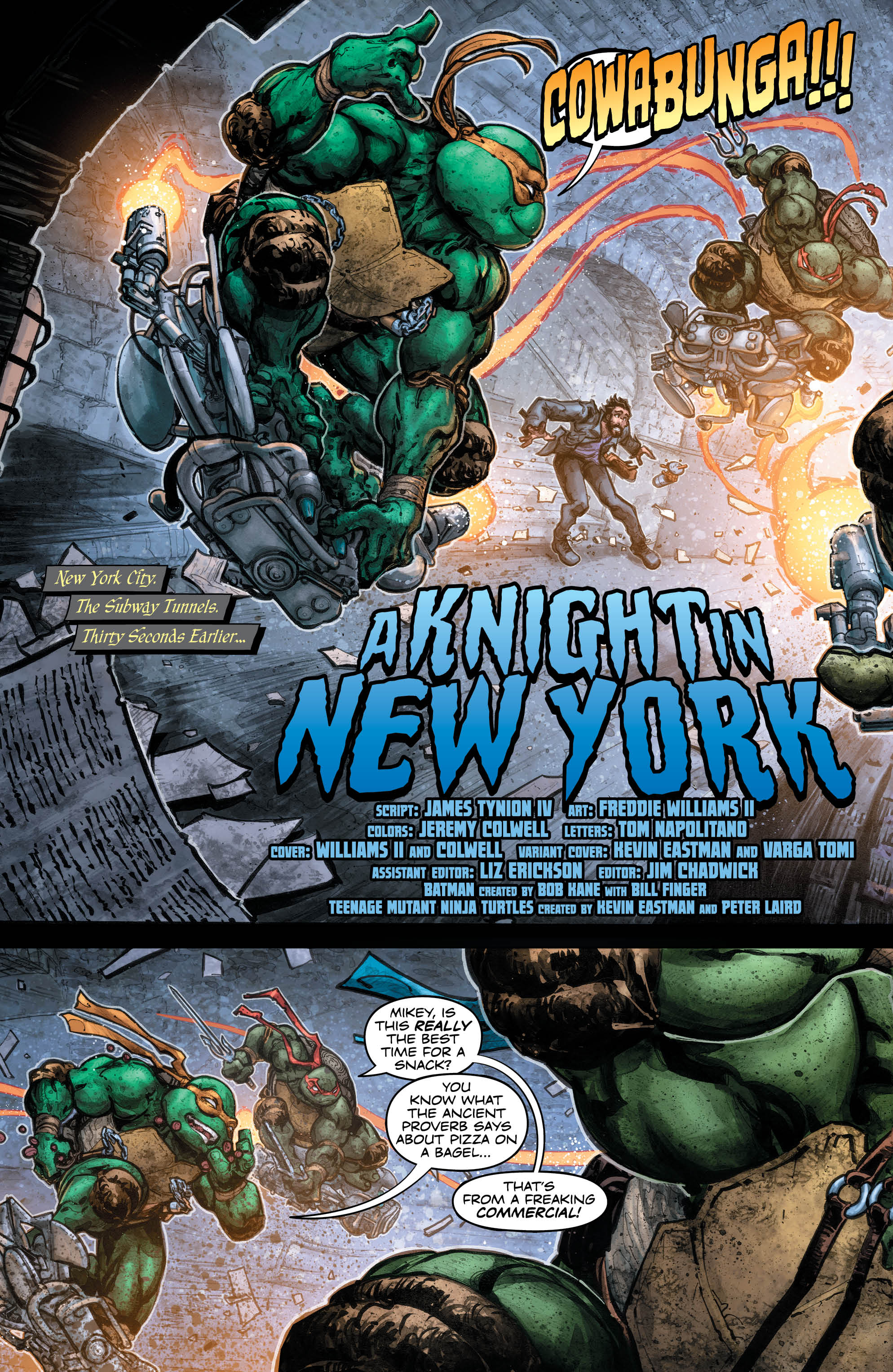 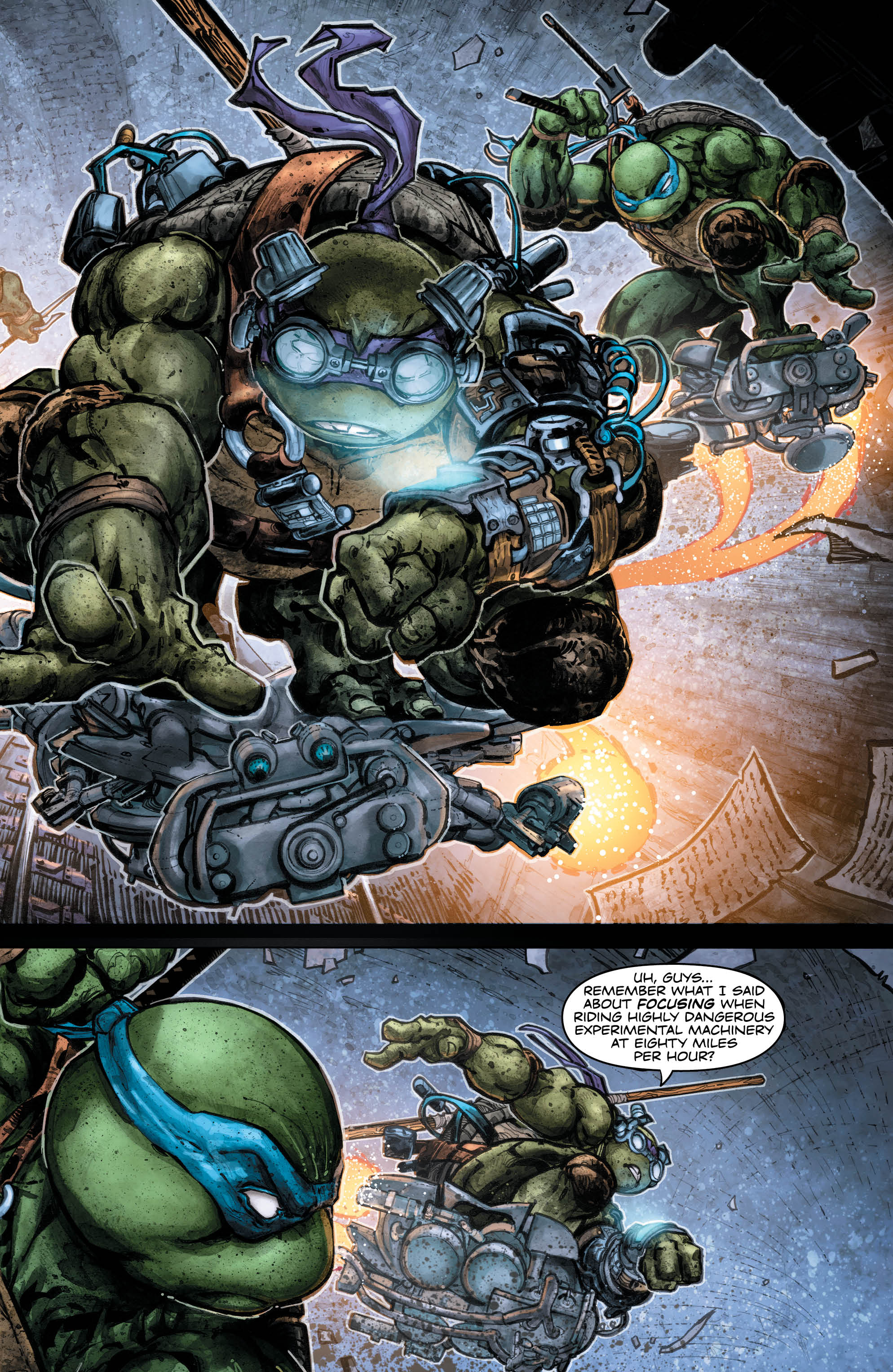 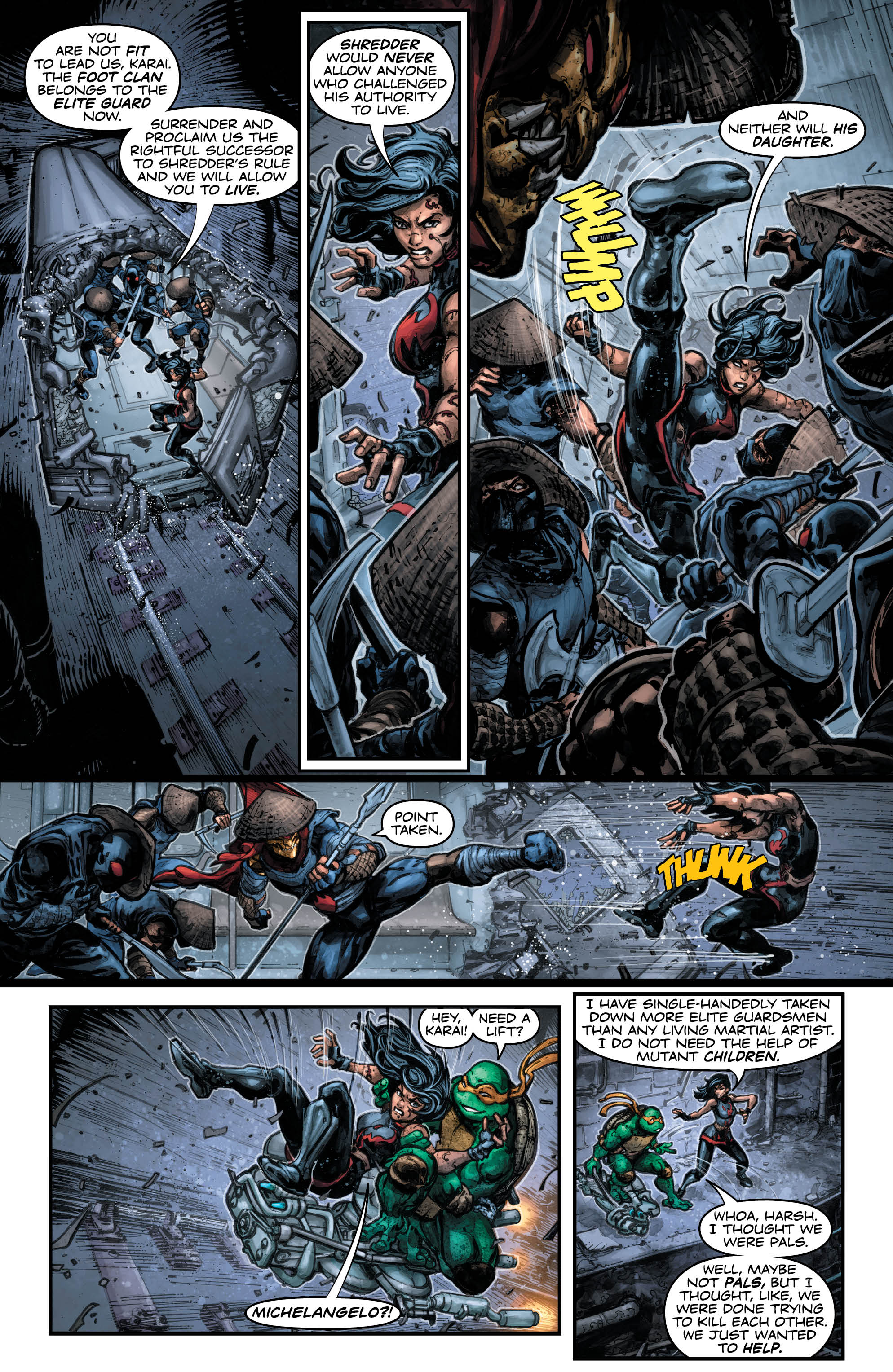 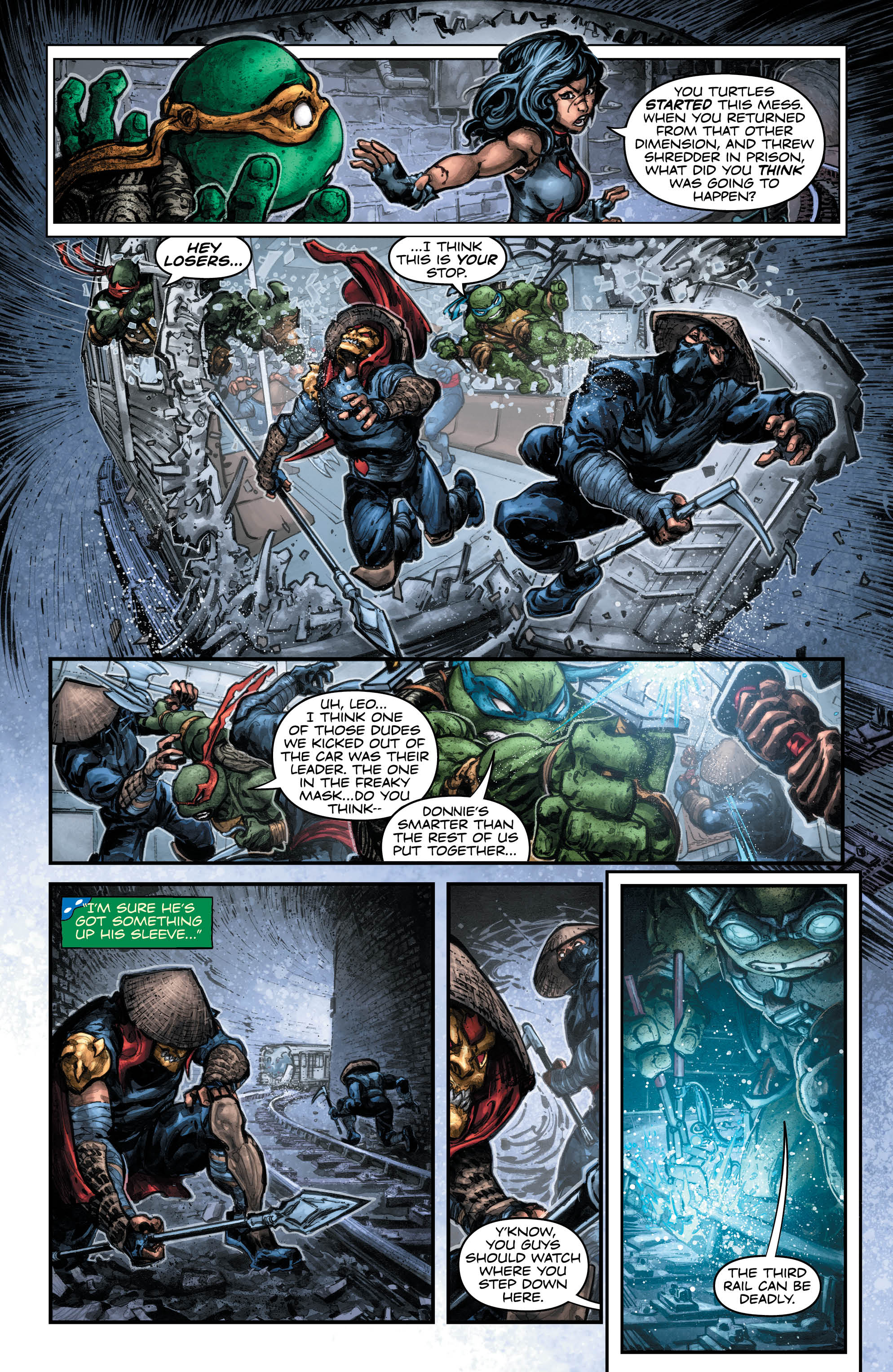 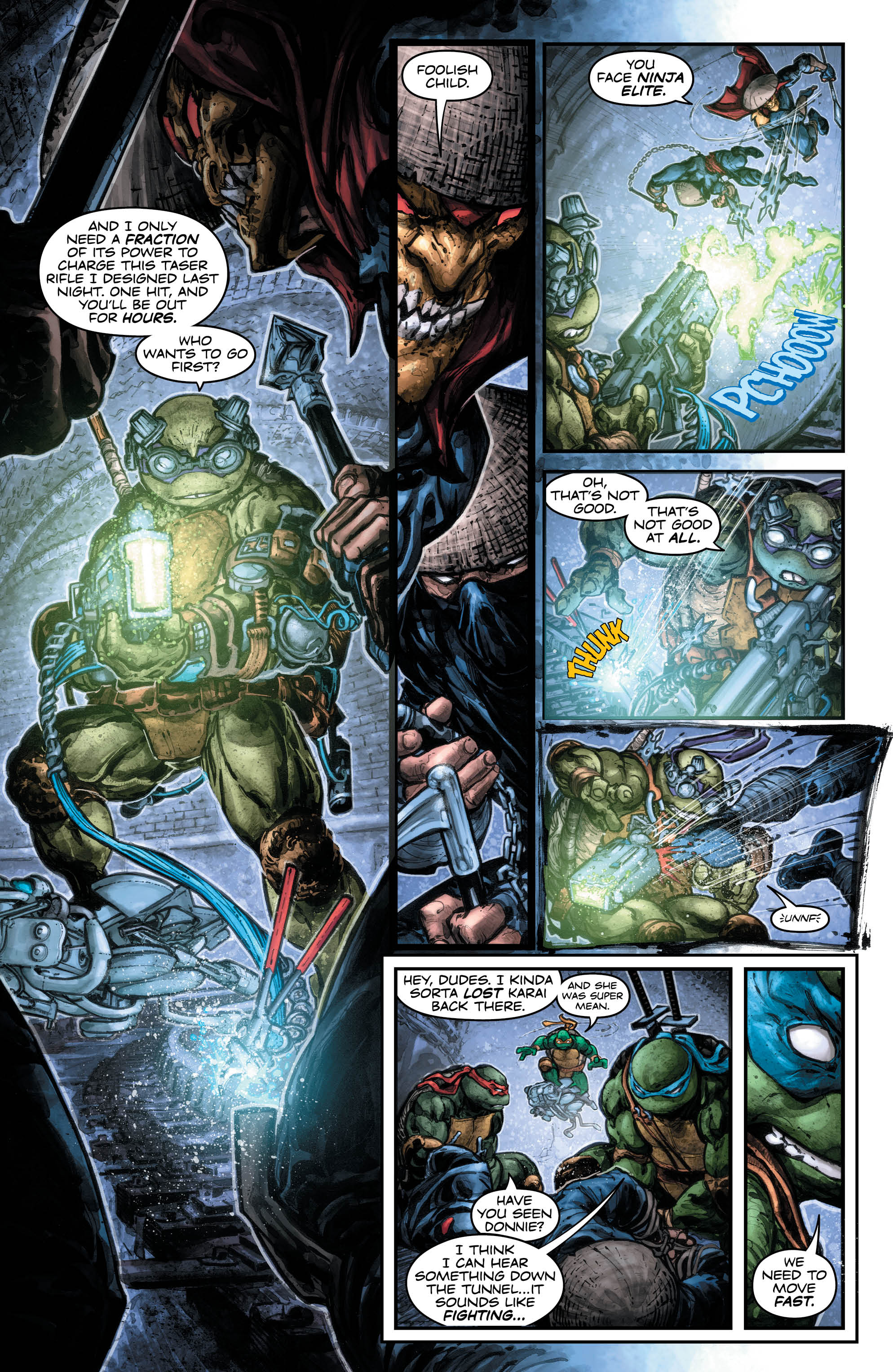 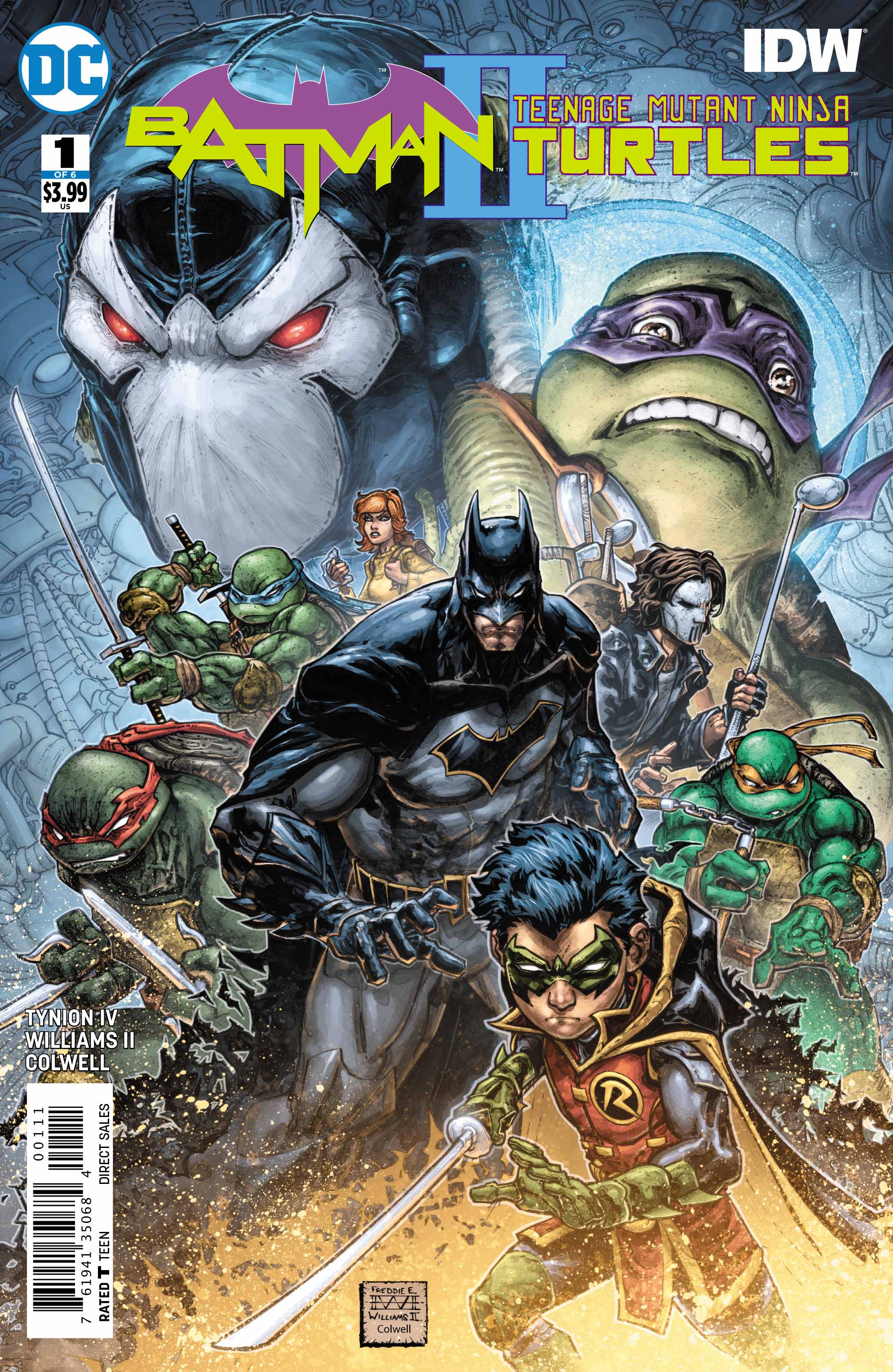 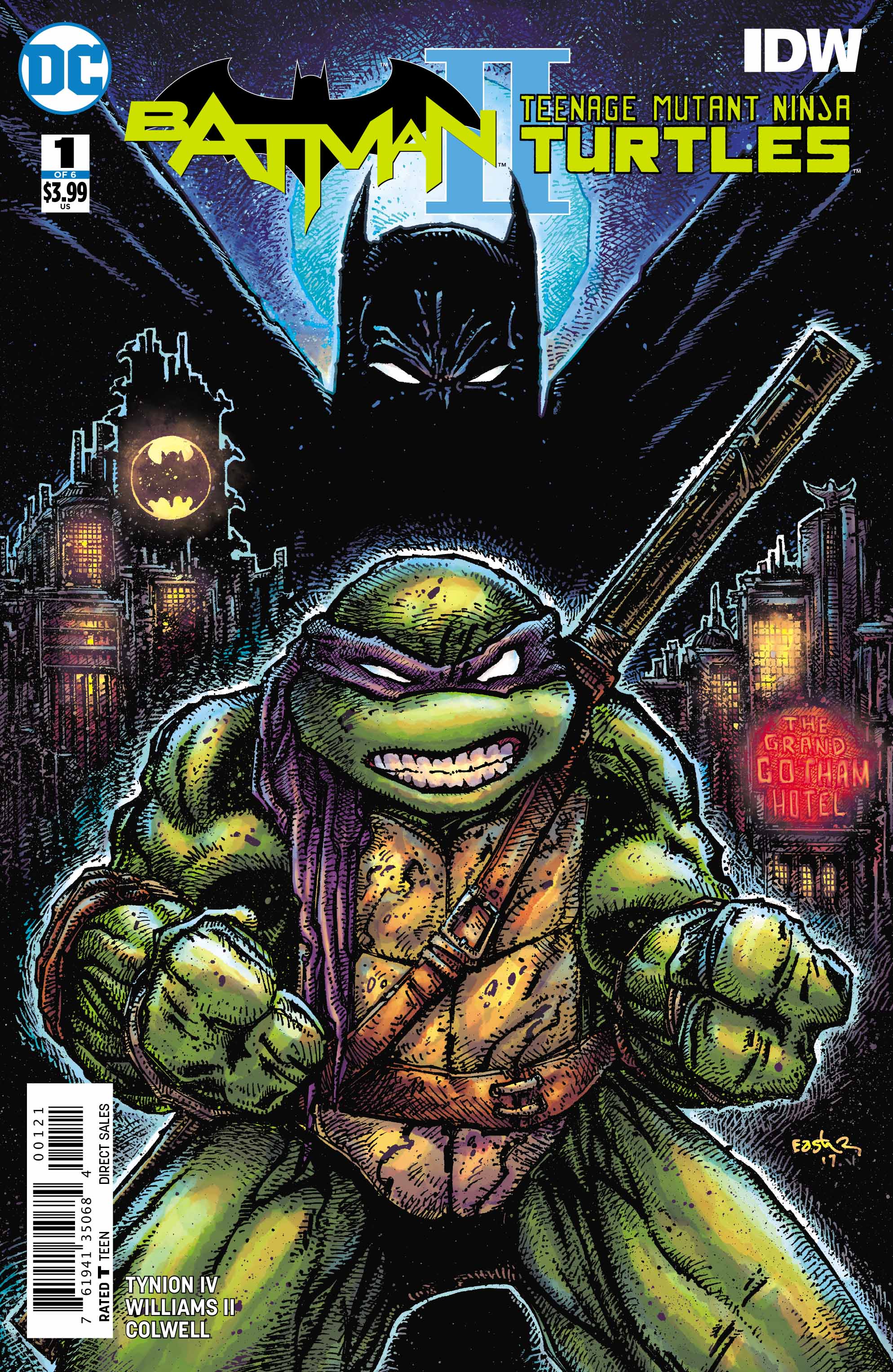 Freddie E Williams II doesn’t skip a beat here either. His art looks exactly like the first series, and jumps off the page. Though Batman doesn’t get as much to do here, he looks great in every panel. Williams’ shapes and action of the turtles are fantastic. I also love his interpretation of the sewers and their hideouts. Everything works perfectly here.

Batman/ Teenage Mutant Ninja Turtles II comes out swinging, continuing the fun world we were introduced to last year. The creative team of James Tynion IV and Freddie E Williams II show off these characters in a fun and honest way, giving everyone their moments to shine. It’s a blast and we’re sure to have a good time for the next few months.