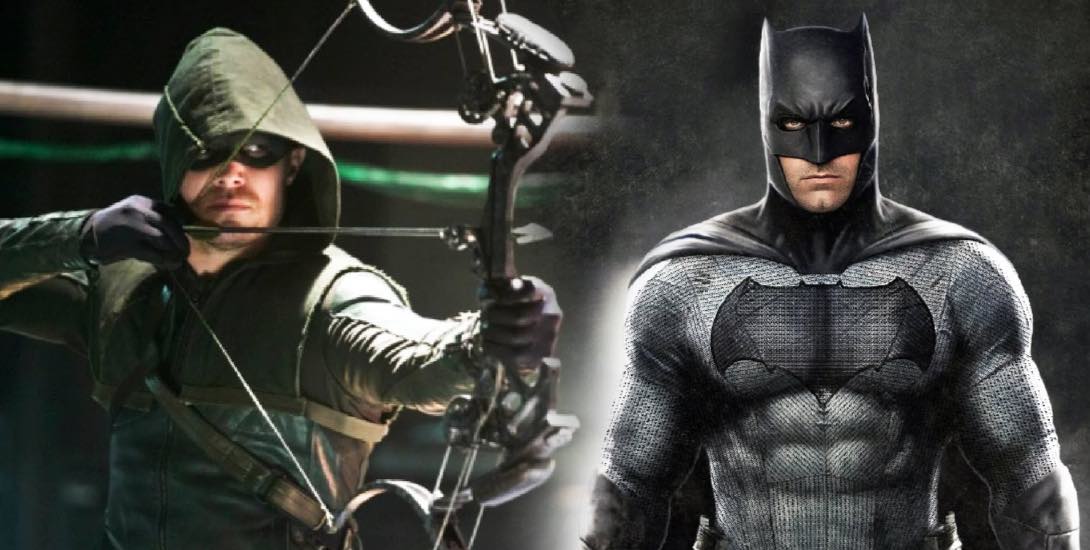 Ever since Arrow debuted in 2012, many fans thought this was the best to a Batman on network television that we were going to get. After all, this version of Oliver Queen shared many similarities to Christopher Nolan’s Batman. He was dark, brooding and existed in a gritty, realistic world. While Ollie did lighten up as the seasons went along, and the more fantastical elements of the DC Universe started to trickle in, CW’s Green Arrow certainly kept a lot of Batman elements. It seemed like CW, WB, and DC were trying to keep the Dark Knight Detective away from TV.

That is, until an episode in Season 6, when Oliver Queen named dropped Bruce Wayne, thus finally answering the question that the billionaire playboy does in fact exists in the Arrowverse, and most likely his alter-ego too. Fans started to lose their minds at the possibility of a Green Arrow/Batman team-up in the CW DC Universe. Oliver Queen actor Stephen Amell explains how this moment came to pass:

“The original version of that script, which came out right before Comic-Con, it was just Oliver referencing a famous name. I looked at it and I thought to myself, ‘This is a cool opportunity.’ I spoke with Greg Berlanti about it, and Greg said, ‘You know, I think it would behoove you to just go directly to Geoff Johns and just simply ask. You’ll probably have better luck than I would.”

“Geoff and I were supposed to meet and chat quickly, I couldn’t track him down, and the next thing that I knew I ended up in a four-way conversation with Peter Roth, Diane Nelson, and Kevin Tsujihara, all at the same time. I was like, ‘Guys, I have an idea! It’ll cost you nothing. I think it’d be really fun. It opens the door to a lot of possibilities.

So anyways, I have this holy trinity of DC and Warner Bros. TV and Warner Bros. overall in front of me, and I pitched this idea. I’ve got all my follow-up points, and Kevin Tsujihara just goes, ‘Yeah, sure.’ I said, ‘Really?’ he said ‘Yeah, that sounds fun. Do that.’ So we did it! I didn’t actually believe it would make it until I actually saw it in the locked cut.”

It was as simple as that. Amell had an idea he was passionate about and WB allowed it. Now, if WB and CW make anything happen out of that is an entirely different story. We already met Superman and now we know Bruce Wayne exists. It’s hard to imagine not meeting one of the most important characters in the DC Universe, now that we know he is there.

Mayor by day. Hero by night. Stream the #Arrow premiere before tomorrow's new episode on The CW: https://t.co/zCi32rKGdv pic.twitter.com/2cEQUQbTFk

Earlier this year, DKN Staff Writer Ryan Lower and myself debated the arguments for and against Batman being in the CW DC Universe. What are your thoughts? Would you liked to see the Dark Knight meet the Emerald Archer? Do you think the Arrowverse has been fine without him? Let us know!