“Fall Of The Batmen” Part One 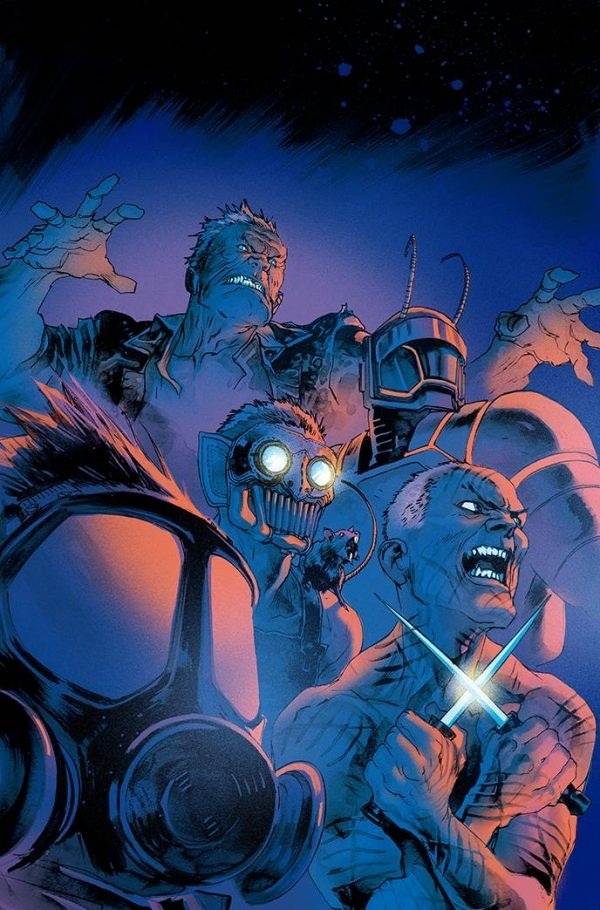 New issue, new story arc, and an all-new art team. Detective Comics #969 is fresh as a daisy! The first chapter of “Fall Of The Batmen” does, however, contain the Detective Comics staple ingredient… all round excellence.

This issue sees the villains of Gotham City unite, as a direct response to Batman’s Gotham Knights. There are some vintage ’90s baddies in the mix, which really put a nostalgic smile on my face. James Tynion IV also brings back another character from this era, in Gotham’s new Mayor.

The villains part isn’t really a spoiler, as the alternate cover on this page shows. DC’s preview pages reveal the new Mayor, so I’ll let you form your own opinions when you see who it is.

Mr. Tynion is a master at shining a spotlight on characters from his – and my – era of Batman. It’s brilliant when cast members that have been gone for a while, but were never forgotten, come back to our favorite comics.

We know, after almost a year and a half’s worth of issues, that this title delivers top-notch storytelling. The writing is consistently excellent, and the art has always matched it. Detective Comics, since the DC Rebirth, has featured the talents of such excellent visionaries as Álvaro Martínez, Raül Fernandez, Carmen Carnero, Eddy Barrows, and Marcio Takara. 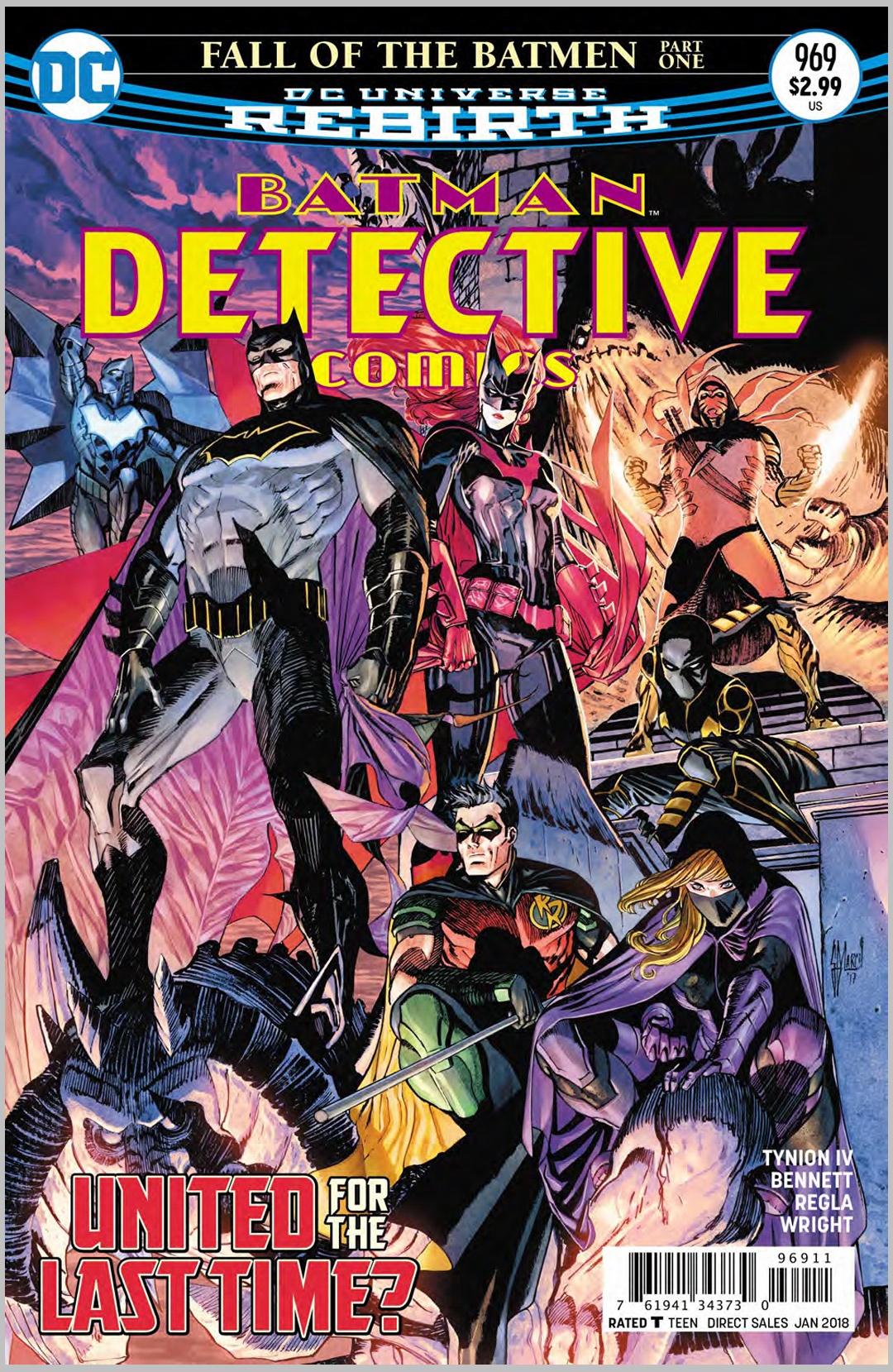 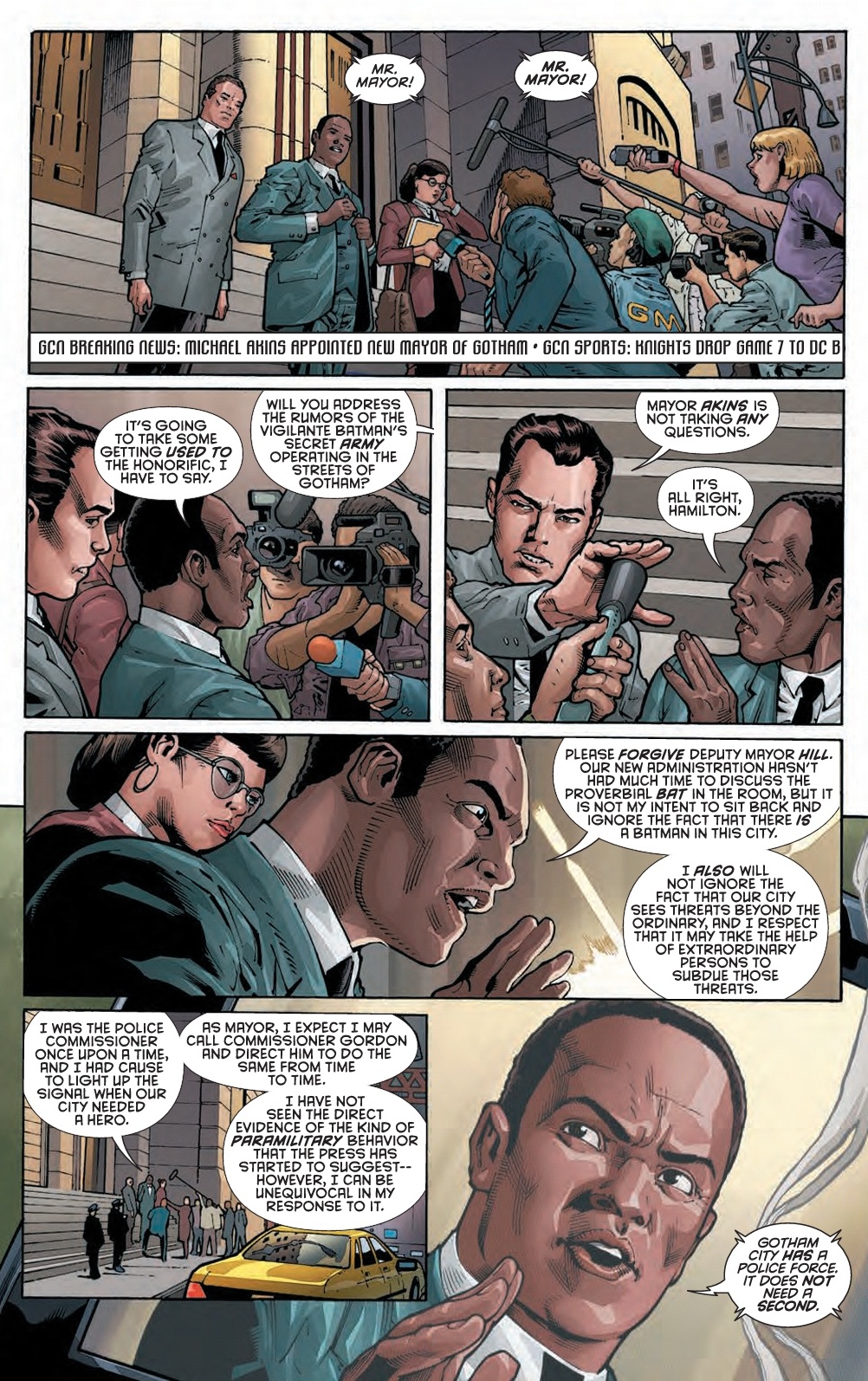 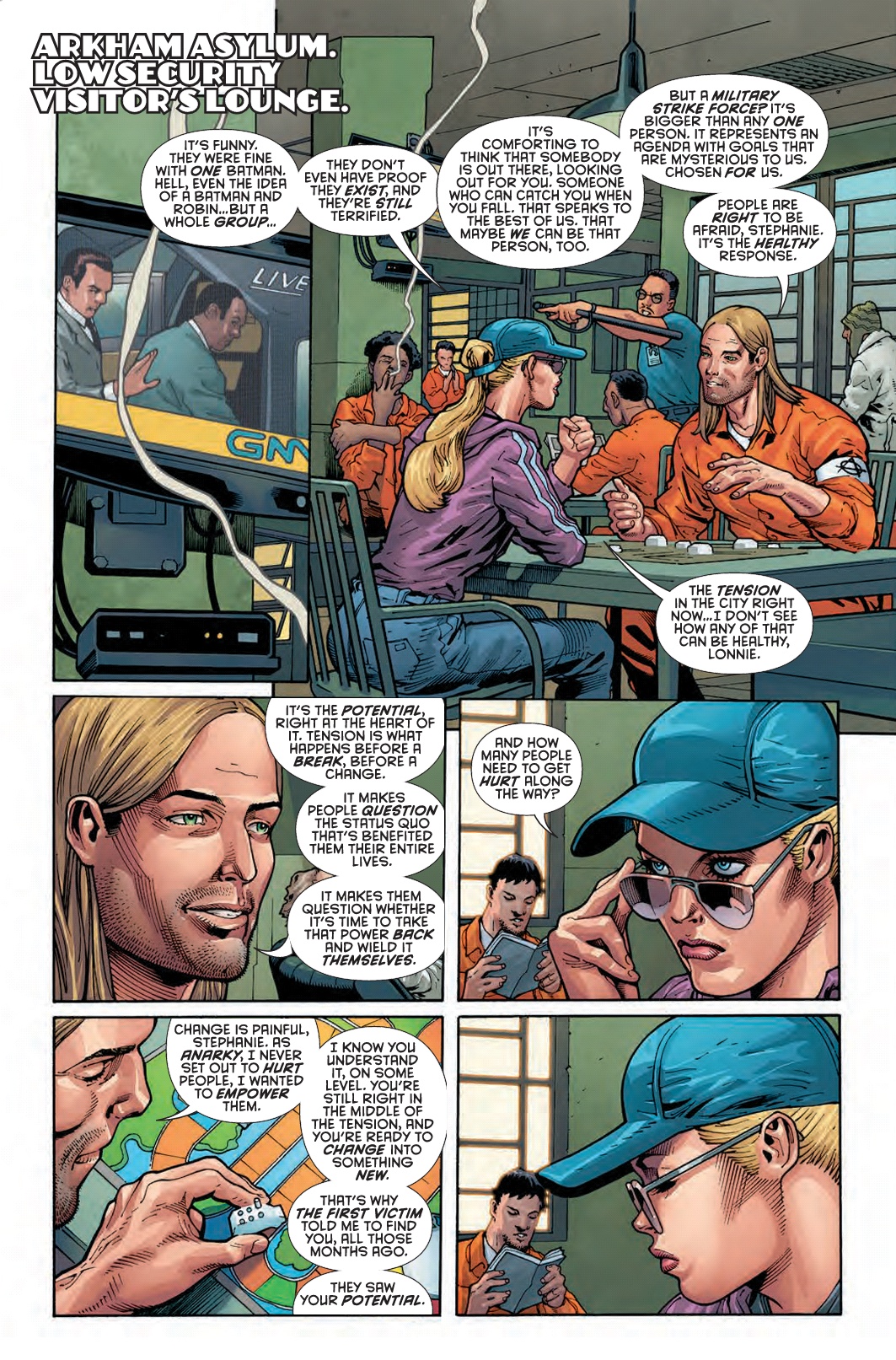 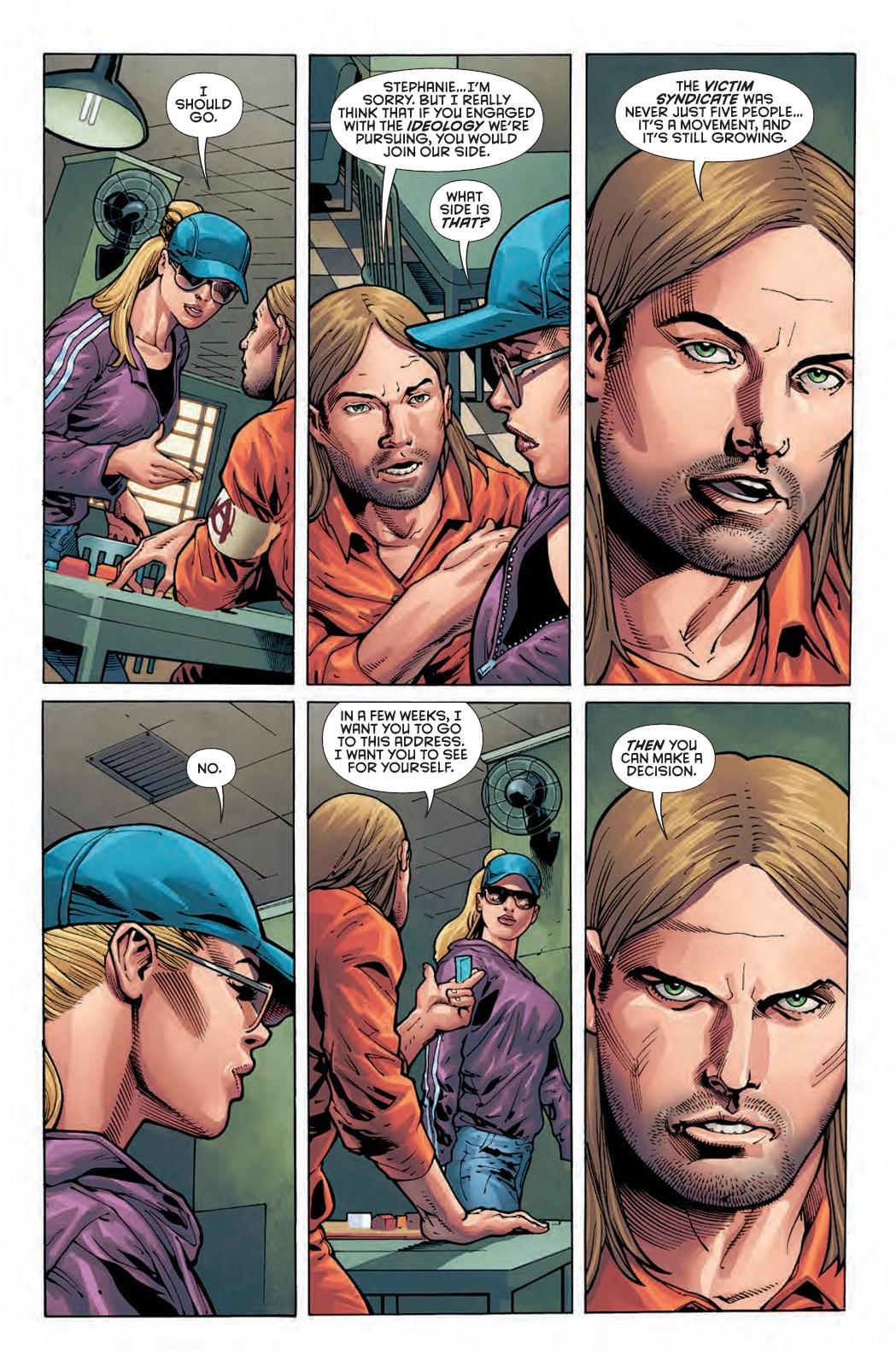 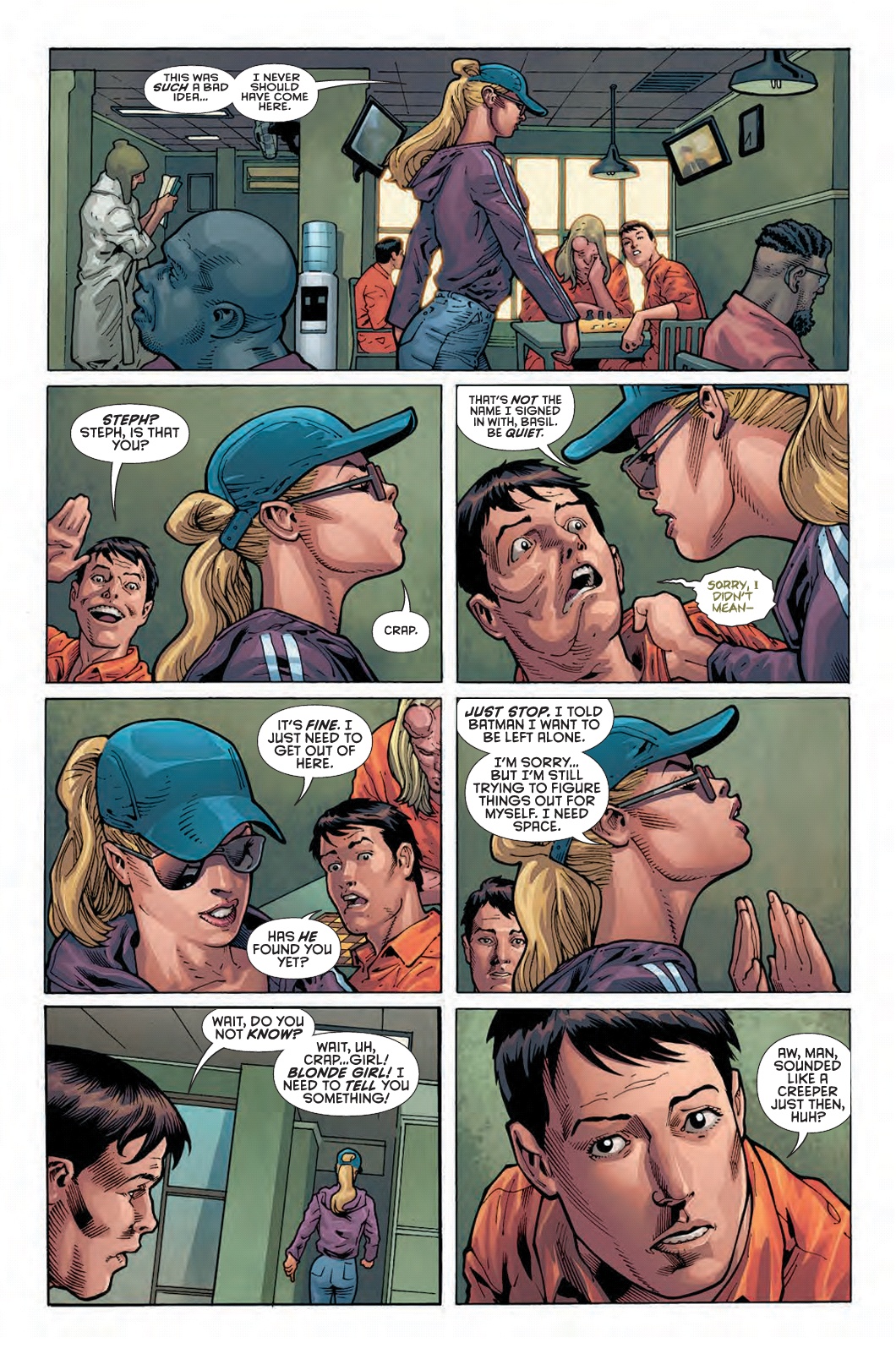 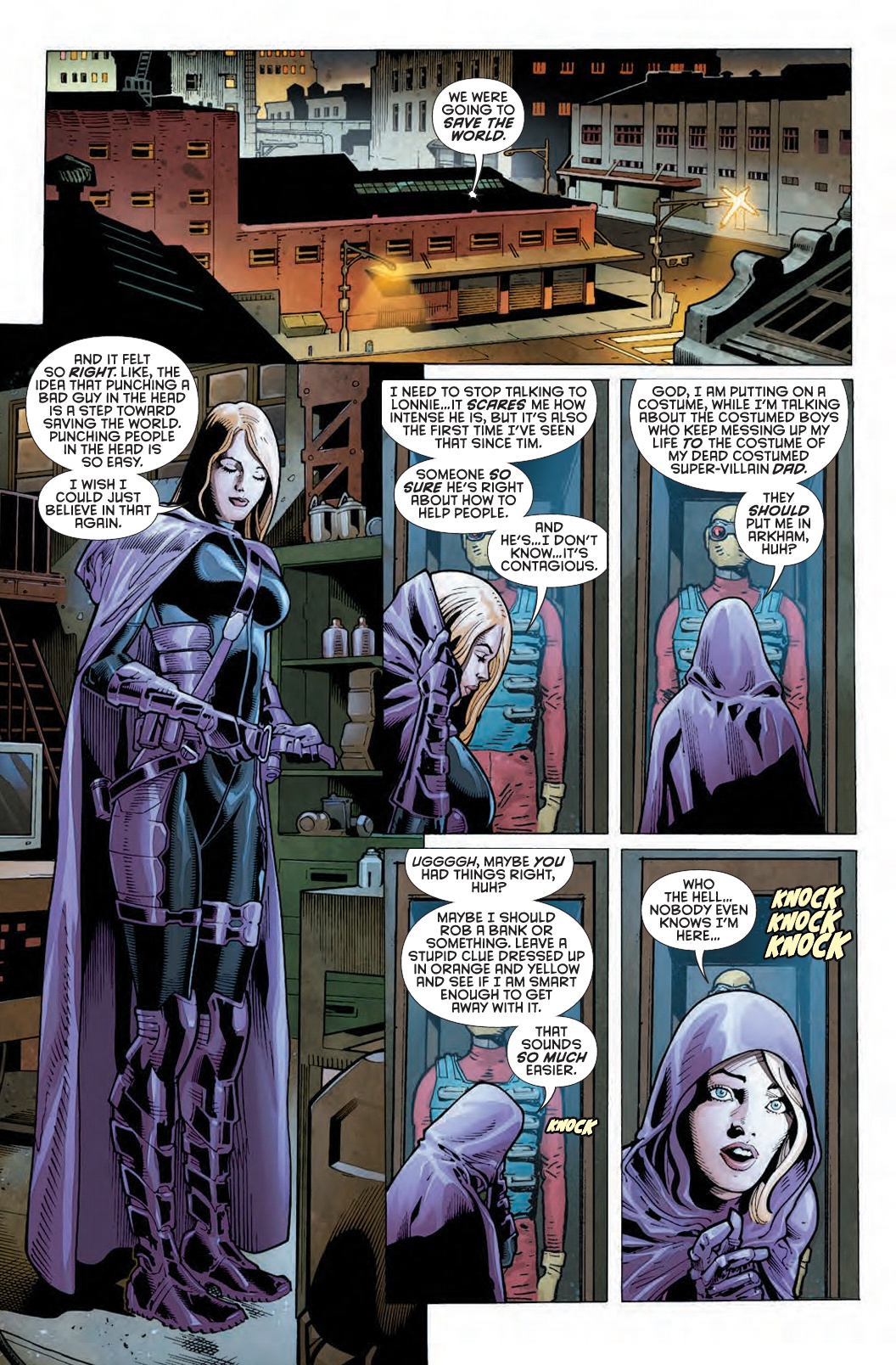 I don’t recall seeing the work of Joe Bennett and Sal Regla before, but based on their art on Part One of “Fall Of The Batmen,” I sure would like to see more! Their work is crisp and very expressive. This issue has a very high ‘Talking heads’ quotient, but rather than lazily photo-statting the same faces, with small changes of expression, these gents have drawn and inked a new panel for every line of dialogue. Great, great work. The page featuring the reunion between Tim Drake and Steph Brown is a delight. It’s not included here, so you’ll need to buy the issue to see it. You’ll be glad that you did.

The color art from Jason Wright this issue is terrific. Sometimes comics characters can look like Barbie dolls, or fake tan addicts. There are a lot of faces in this book, and each one has a natural, human, skin-tone. Jason’s use of light; on character’s costumes, clothes and technology, and his thoughtful application of highlights is also very good indeed.

Lest we forget, Legend Of The Letters, Sal Cipriano is also on top form. From his scrolling captions at the bottom of the TV, to his “Knock, knock, knock” at Steph’s door, right down to Killer Moth’s digestive issues and all that dialogue, he doesn’t skip a beat. The man is a master of his craft.

Batman’s Gotham Knights are under threat, not just from a reunited Victim Syndicate, but from Gotham’s own government. The title of this new arc isn’t just a throwback to the story that started the Detective Comics DC Rebirth run, it’s an ominous portent of what may be coming. The entire plan is coming together, as the 1.000th issue of Detective Comics creeps ever closer.