This year at New York Comic Con, to celebrate DC’s 25th Anniversary, Vanessa Marshall, who voiced Wonder Woman in Justice League: Crisis on Two Earths and Justice League: The Flashpoint Paradox, Jason O’Mara, who has been Batman for animated films such as Son of Batman, Justice League: War, Batman vs. Robin, and Bad Blood, and Bruce Timm share their stories of working with DC’s superhero world. 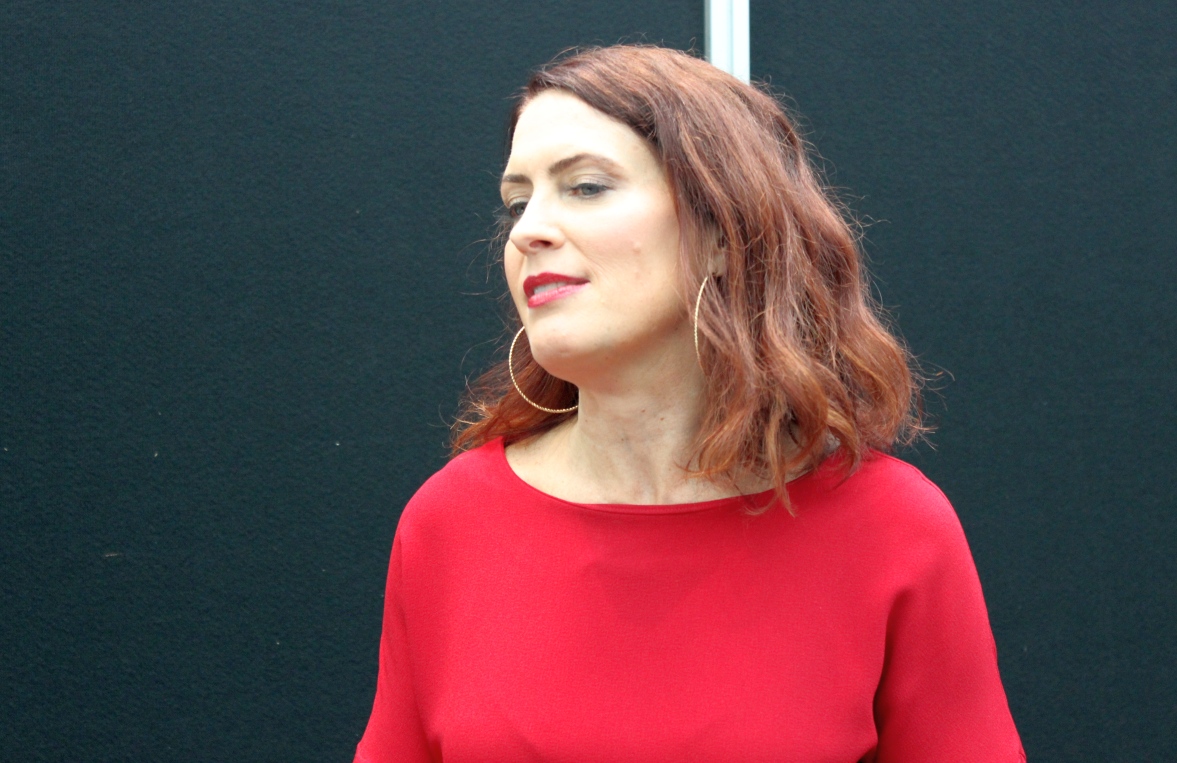 DKN: What superhero values do you hold dear?

Vanessa Marshall: Well, playing Wonder Woman was really an honor because her values are my own. I see these issues every day, you see injustice and inequality and people being blinded more than they care to notice. It is always important to step up and speak out and do the right thing. Her intelligence, physical strength, everything she embodies; I just look up to her so much. And I have since I was a little girl, so to actually get to portray her was an honor. I just tried to find those things in myself, bring them to the microphone.

DKN: Do you read the comics, or research just for fun? Which is your favorite?

VM: Yes, I do. Oh, my gosh, my favorite is hard to say. I’ve loved stories, I’ve always loved to tell stories. I wanted to major in Religion or Anthropology, Philosophy because they are telling us stories. And then there are graphic novels and comic books, they’re so tangible and immediate, all special things. I don’t even know if I can tell right now [which one is my favorite], I am going through my shelf in my mind right now. I don’t know, I love them all! Mostly.

DKN: In the past five years or so, there’s been a bit of a change of welcoming more women into comics. But in the past, did you ever feel that sort of pressure [of being the only woman] on you?

VM: No, I never felt any of that, but I don’t know. Maybe because I wasn’t looking for it. Sometimes if you set the tone, you don’t have to deal with any of that stuff. We were told what’s important is that the story is being told, so we serve that the best way. That’s what everyone on my side was going to do, actors, voicers, we were greatful to get the job. It was wonderful.

I love videos, [and so when] I went to FanExpo in Toronto, and somebody asked me that question. One of the actresses, she played as a Resident Evil character, she felt that way. The only female in an all-male cast, she really had to claim her space. But I never had to [deal with that].  I like football, I’m kind of like a dude, I mean, I’m still a woman! I never really noticed any of that but that’s a good question. Not yet, so far, so good! 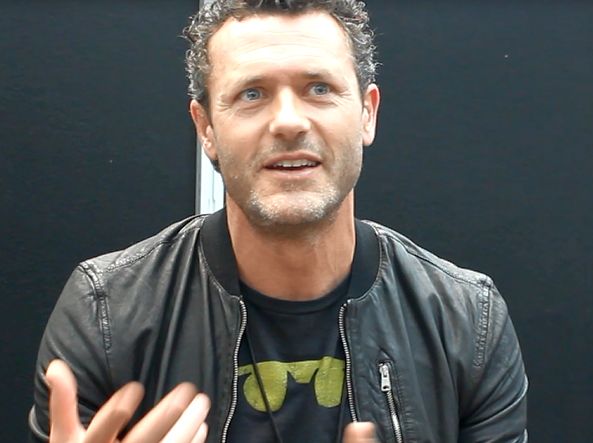 DKN: I notice every Batman actor and voice brings new value to Bruce Wayne, I was wondering what characteristics, when using your voice, do you bring out in Bruce Wayne?

Jason O’Mara: It’s impossible for me to know, because all I have is my approach and my process when I get an opportunity to play a character, so I don’t really know what I would bring as oppose to anybody else because all I can do is be truthful and honest as I can be; to let the character’s story affect me, and let that be the thing that distinguishes him [Bruce Wayne]. Also just the writers who in particular [decide] which this version of the character, they came up with a terrific storyline. I think that’s what sets my version of the character apart from the others.

DKN: Would you ever like to do a live-action Batman?

JM: Of course I would! Haha, again it’s, you know, done so many times. It’s a total honor, he’s tough. And he’s so beloved, everybody’s got a thing to say about Bruce or your version of Batman.

DKN: Looking back at the different versions of Batman, and the stories you’ve been able to tell, has there been any specific fan-feedback that has changed or interpreted a scene or a character [you play]?

JM: Other than “Jason O’Mara sux?”

JM: Haha, social media is so kind. We’re not all Kevin Conroy.

And not really. Honestly, I mean it when I say it’s a personal journey, you know? It’s the only way you can bring your own thing. If you listen to anybody, including a version of a character too much, you have no shot of bringing your own personal version of the character. So honestly, I do try to stay away. And by the way, if you don’t like my version, you’ll like another version! So it’s all good. 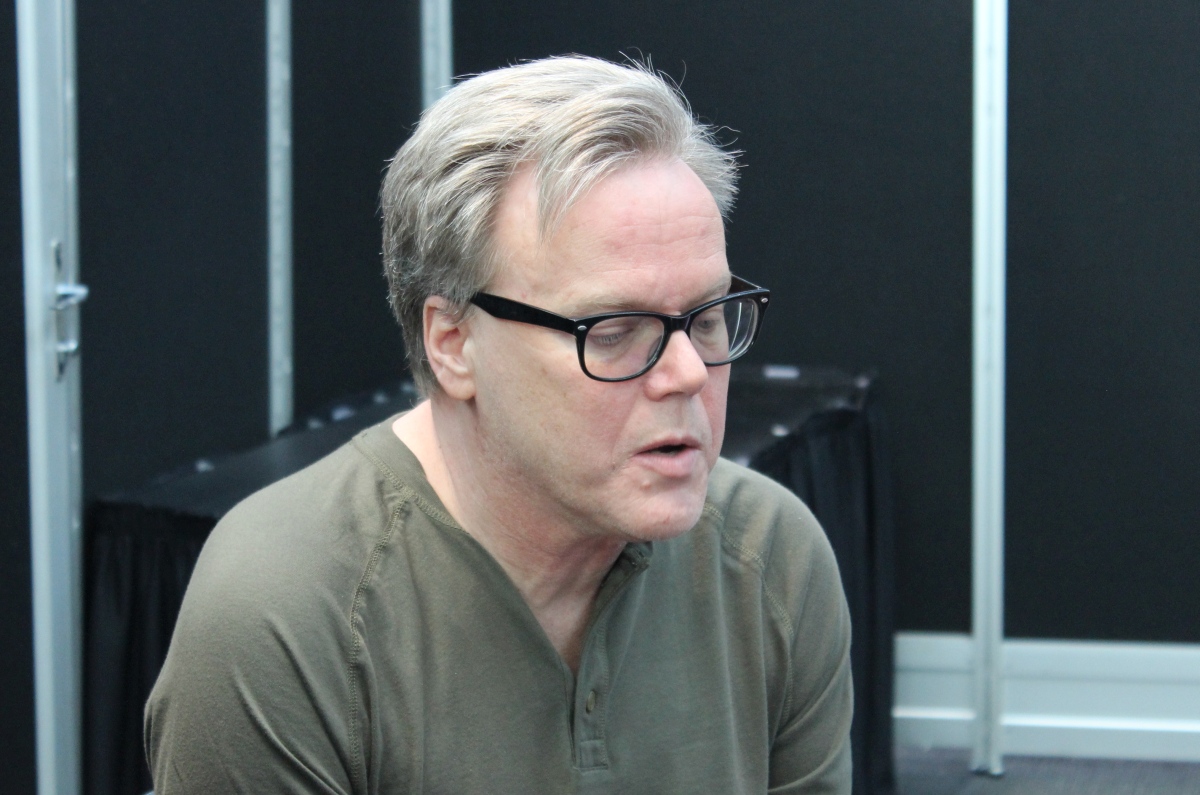 DKN: What are some of the morals and values that Batman brings to the world?

Bruce Timm: Morals and values? Oh gosh, you know Batman is an interesting guy, I don’t know about values so much except that everything in his life is all about the mission. He’s dedicated his life to fighting crime, that means he’s weaponized everything in his life. He’s got this huge fortune, which he is fortunate to inherit, so it’s like “Great! I can use that on vehicles and stuff to help me fight crime!” He meets Commissioner Gordon, and he’s like “Great! I can really use having an ally in the police department. He’ll help me in my war on crime.”

He’s got this guy who raised him and bathes him and feeds him and makes sure he gets to bed on time. He’s like “Great, I need that guy in my war against crime.”

All of his proteges, yeah, they’re surrogate children but no, they’re soldiers. He’s weaponized them. When you think of Batman in terms of morals and values, it’s all about fighting crime, which is good. AND bad.

DKN: I got a bit of a romance question for you! [For Gotham by Gaslight]

DKN: Haha, I loved what you did between Batman and Wonder Woman, but this new film will feature Selina. What are your favorite aspects of both of those relationships?

BT: You know, we never got too deep into the Wonder Woman and Batman thing in Justice League. It was just something we thought would be interesting to kind of explore, and the more we got into it, we kinda went: maybe they’re not really soulmates. They kind of make sense on a flirtatious level, but I don’t know if they’re meant for the long-haul. I don’t think Bruce Wayne is for the long-haul with anybody.

He’s got a lot of issues. But with Bruce Wayne and Selina in this movie, one of the things we embraced, obviously from the comic that Brian Augustyn delegates, but beyond just the Jack the Ripper story, other things from the era of Sherlock Holmes stories that we really enjoyed. So we decided to bring Selina Kyle into the story, Jim [Krieg] and I were both really influenced by the Irene Adler character from y’know, Sherlock Holmes stories. So she has a little bit of Adler’s DNA in her, she’s an actress/adventurer. And it just kind of fun, and kind of made sense to put them up as allies but also romantically. There’s definitely some sparks that fly in between them.

I loved what they had to say about their characters. You know, it’s true as Jason O’Mara says, Batman is so different to each person, we all have a version we love and see of him. One of the versions that I was introduced when coming into the comics world was a trans-queer Batman, which is just so different. Others see him fondly as a father or another form of police, then others who weaponize him. Alan Burnett, during his position, says Bruce Wayne is not a virgin, but he’s done with the idea of sex. He’s an interesting guy, that’s one thing for sure.

Thanks for their time and love, it’s amazing talking to actors who have fallen into their characters (O’Mara is wearing a Batman t-shirt, it just put the biggest smile on my face), and writers so immersive. Watch out for future DC Animated films, such as Batman vs Two-Face and Gotham By Gaslight!

‘Deathstroke’ Movie in the Works from Gareth Evans