“As we anxiously await the debut of Justice League, DKN celebrates the release of the live-action film with reviews of the DC Universe Animated Movies starring ‘The World’s Greatest Super-Heroes.’ Our fifth review is Justice League: War.” 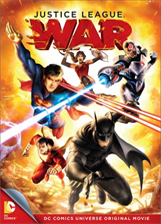 While investigating a case, Batman stumbles into an alien plot to destroy the Earth. With everything at stake, can the Dark Knight put aside his own paranoia and bring together a team that will save the planet, or will this be our Apokolips?

After the events of Flashpoint, the DC Animated Universe was totally reset (apart from Batman and anything written by Geoff Johns.) This is our first foray into the New DCAU and the Justice League is thrown completely in the deep end with an attack by DC’s BIG bad cosmic villain Darkseid. 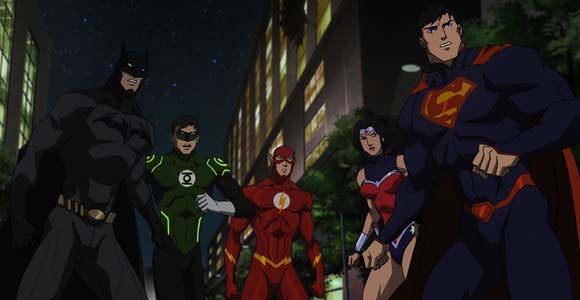 This movie is a lot of fun. It doesn’t reach the lofty heights of The New Frontier, but it has some great beats as the character meet and interact for the first time. The interaction between Superman and Wonder Woman shows an instant chemistry between the two. Batman’s reaction to meeting Green Lantern and the Flash for the first time is handled perfectly and Batman’s way of stopping ‘Clark’ from knocking him out makes perfect sense. 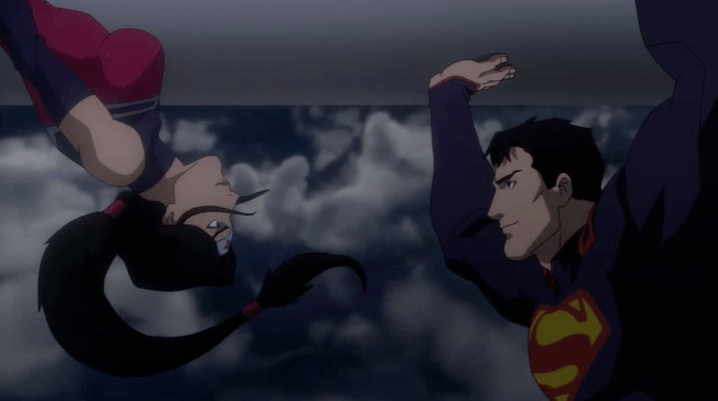 At times it feels like one long fight scene and the mind wanders, but it works as a setup for the new continuity for the New 52 Animated Universe. Batman works well as the driving force that brings the team together and it is fun to see just how much he knows about each of them before they meet. This works as a fantastic device to bring new viewers up to speed if they are not totally familiar with some of the characters and it makes sense, after all, he’s Batman, he does his research.

The pacing is a little all over the place. It drags a little during the first half but then totally amps up during the second. A little balance would have made the film more enjoyable. It has some great character beats and the relationship between Green Lantern and Batman offers some of the best moments in the film.

The standout scene in the movie is Batman and Green Lantern deciding to ‘talk’ to Superman about his involvement in the alien threat. It is fun to see him basically wipe the floor with both of them. Even together, these two have no chance against him and while Batman manages to stop Superman, he doesn’t beat him, he doesn’t even come close. The best part is that Superman actually seems to be enjoying himself, with so many interpretations recently depicting him as weighed down by responsibility or just plain morose, it is nice to see him smile for a change.

The voice talent all do a great job, but the stand out is Alan Tuydk as Superman. There is a confidence to his interpretation that some of the other actors have missed. He ranks up there with the best of the animated Supermen and it is a real shame this is his only outing as the Man of Steel. 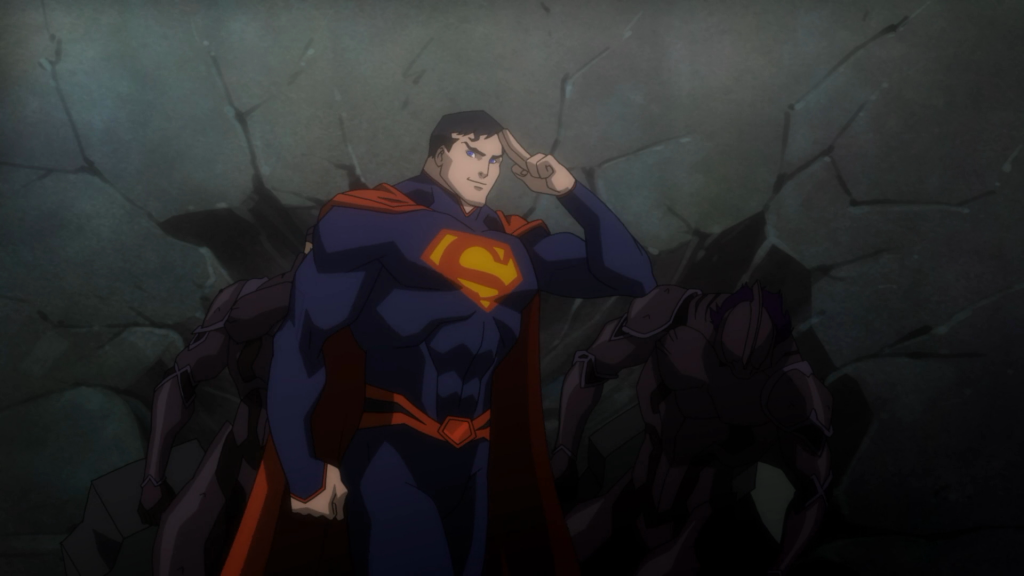 Justice League: War has fun with the characters and the animation fantastic, it is crisp, clean and the colors are vibrant. It does have pacing issues and while It may not go down as a classic, it is definitely worth watching.

Don’t miss our review on the next DC Animated film: Justice League: The Throne of Atlantis. Also, if you did not catch our past reviews, you can click here.