San Diego Comic-Con continues to be the mecca of geek culture. As the WB Hall H panel continues, as our Justice League assembles, fans in Hall H and fans all over the world were treated to a brand new trailer for Justice League.

In this monstrous 4-minute sneak peek, we’re getting a rather detailed look at the plot, the different members of the League, and our big bad, Steppenwolf.

Now, I will end up pouring over this at least a dozen more times, but here are our my first impressions:

It was chilling to see Wonder Woman in action again, as she foils a bank heist. JK Simmons is the Commissioner Gordon that I never knew I wanted! There is humor in this and whether it succeeds or not, is still up in the air. The movie is, as expected, a spectacle. The inclusion of the Amazonians in the war against the Parademons is perfect.

And of course, the very end teases as some large, intimidating force jumping in at the last possible minute. Is it Superman? Pretty likely. It also indicates that maybe Bruce kept Clark’s body, because why else would he wake up at the Batcave with Alfred?

Overall, I loved the trailer. It may have shown a little too much, but I am very happy.

Let me know what you think in the comments below!

Updated: It looks like I missed this yesterday with all the excitement of that massive trailer drop.

A Comic-Con poster was released online and it is absolutely gorgeous: 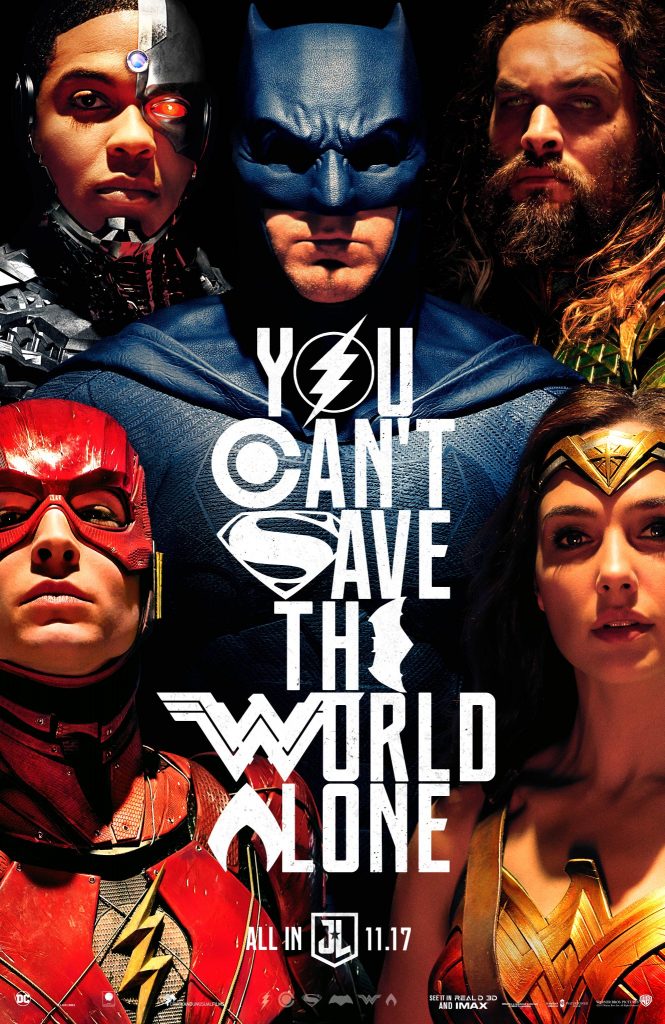 Many people have pointed out that the lighting and shadows, vibrant colors, and overall design and composition mimic that of the great Alex Ross and they would not be wrong. Though it’s just a shot of the cast, it’s one of the better ones that I’ve yet seen before and probably one of my favorites to date. Even more so, it’s really pushing the team aspect heavily, echoing a sentiment of one of my favorite lines from the above trailer, uttered by Wonder Woman:

“Don’t engage alone. We do this together.”