DC fans, if you’re attending San Diego Comic Con this year, and want a complete master list of all DC related panels then all you need to do is bookmark this link. We have got for you all the DC panels over the four day period. The list below covers a wide scope within the DC Universe, film, TV, digital releases, merchandise, and much more.

Meet the folks behind the hit program that is all about your favorite topic: DC! Tiffany Smith, Jason Inman, Whitney Moore, Hector Navarro…the names you’ve come to know and love will be here sharing behind-the-scenes tidbits and all out DC fun.

DC’s Publishers are back in San Diego and better than ever! Dan DiDio and Jim Lee are the driving forces behind DC Universe Rebirth, Vertigo, MAD, DC’s YOUNG ANIMAL, DARK MATTER and much more. This up-close-and-personal panel gives you unique access to the leaders of your favorite comic book line!

The superstar DC writer, President & Chief Creative Officer returns to San Diego for an all-access and in-depth discussion. Be here for this exclusive panel that will give you insight to one of the genre’s most influential people. With the upcoming Doomsday Clock, there will be much to cover!

MAD, the country’s #1-selling humor magazine (in a field of 1), is dumber than ever! Join MAD Magazine editor John Ficarra and art director Sam Viviano for a ridiculous peek at what’s happening at the magazine, and an epically, moronic Q&A that’s bound to be, well, MAD! (Prizes will be awarded for most moronic questions!)

Class is in session as some of the greatest artists in the industry take this panel to school with an in-depth look at their creative process! DC Entertainment is proud to spotlight these talented individuals for this exclusive, all-access look at what it’s like drawing DC!

Think you know everything from Crisis on Infinite Earths to Flashpoint to Rebirth? Come by and test your knowledge of the DC Universe from its inception all the way to Dark Days against DC’s finest minds to win some exclusive prizes!

DC Universe Rebirth has taken the industry by storm.  The universe has been restored with hope and optimism, engaging storylines and dynamic characters. Come discover more about your favorite DC super heroes, plus hear from the talented teams bringing these stories to life!

Comics’ most innovative imprint puts the creator in the spotlight!  Come witness the evolution of Vertigo, as we glimpse back at the rich history, and peek forward to some of the incredible things to come. The star-studded lineup features Academy Award winner John Ridley with a few huge surprise guests!

Never before has DC been more popular in TV, video games, home videos, and movie theaters. And with an impressive film slate and countless shows in series and production, it has never been a better time to be a DC fan! Join the people behind the scenes that translate the page to the screen on this must see panel that sees your favorite stories and characters come to life!

Be here as we delve further into the world of DC’s YOUNG ANIMAL, the DC imprint led by MY CHEMICAL ROMANCE frontman and best selling comic writer, Gerard Way (Doom Patrol), with many of his top notch collaborators including Cecil Castellucci and Marley Zarcone (Shade, the Changing Girl), Jody Houser (Mother Panic), Jon Rivera (Cave Carson Has A Cybernetic Eye) and others. 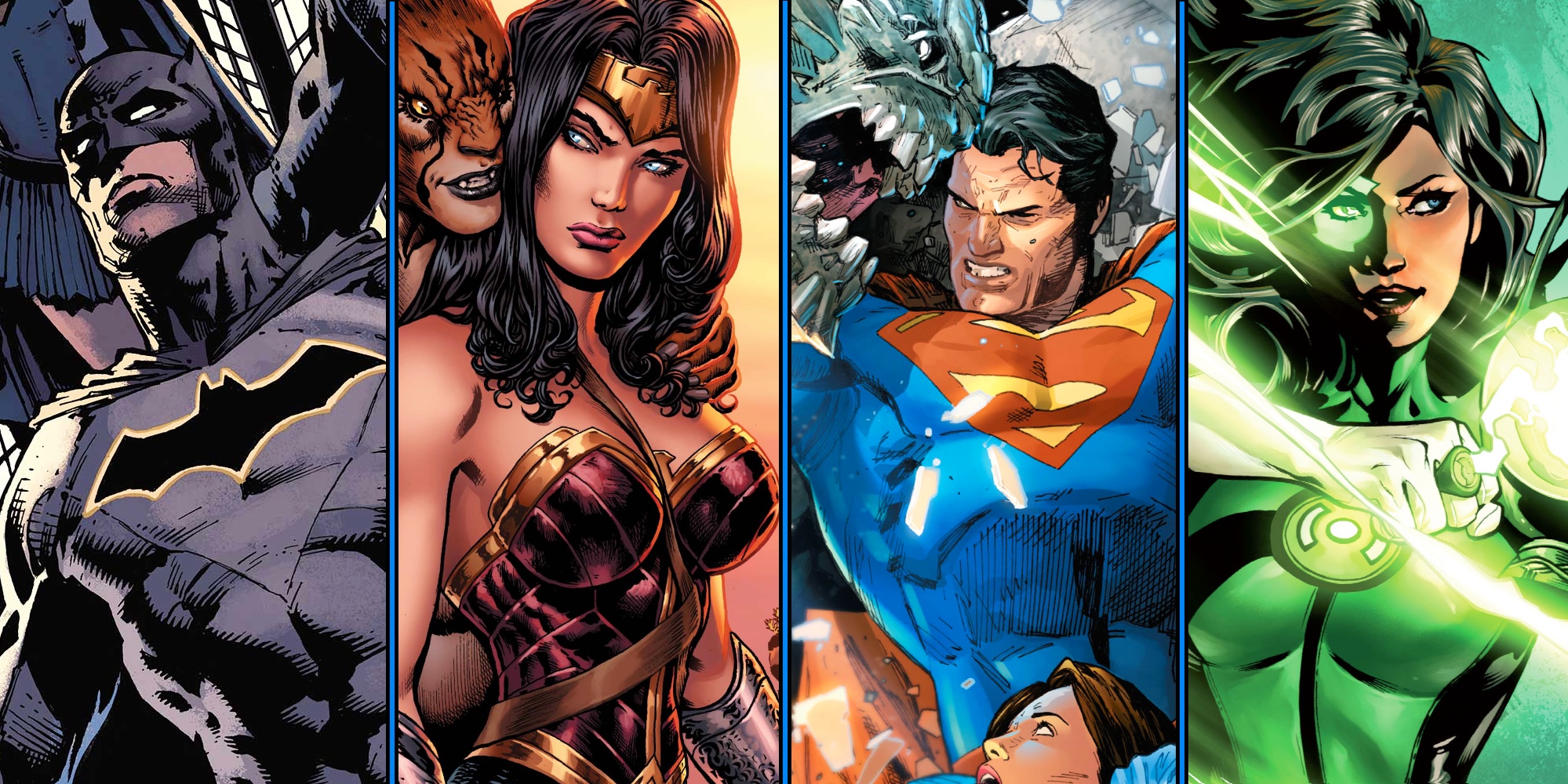 New to comics? Are you at the convention because you’re a fan of great DC TV, movies, video games, or other media? Bingeing a season of The Flash leave you wanting to know more about the source material?  Well, look no further; this is the panel for you!  Our panel of experts is here to help you along your journey through the wonderful world of comics! Come one, come all!

Twenty five years ago, Dr. Harleen Quinzel made her first appearance in Batman: The Animated Seriesand what a debut it was!  An instant fan favorite and her popularity has been meteoric ever since! Come celebrate her first appearance anniversary with some of the key contributors to this modern icon.

It’s has been 25 years since Jim Lee’s WildStorm first made its mark on the comics landscape with such memorable and innovative titles like WildC.A.T.S., Gen13, Stormwatch, and Deathblow, to name a few.  Join Jim Lee and former WildStorm staffers and talented contributors including Ryan Benjamin, Lee Bermejo, J. Scott Campbell, Carlos D’Anda, Sandra Hope, Dustin Nguyen, Alex Sinclair and others for a fun trip down memory lane!

They say breaking up is hard to do…but breaking into comics may be tougher! Come by for an inside look at how some of DC’s topnotch talent broke in, crafting the tales of your favorite DC Super Heroes!