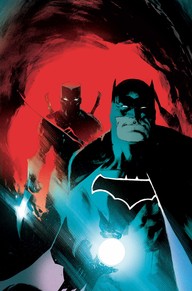 The countdown is on. All Star Batman is ending in September. Though now we’re only 11 issues in, the book has been reliably fun, and never dull or boring. Scott Snyder bleeds Batman, and it’s a shame that we only have a few issues left of this run.

Let’s not stand on ceremony here. We have a new issue out this week. Following up on last month’s spectacular issue, Bruce Wayne continues his pirate adventure, mistakenly identified as Thomas Elliott. His lead to this new megaweapon has been murdered in a way that ties to Alfred’s past. While Bruce tries to make an exit, he goes full-scale crocodile hunter, before being abducted by… the Penguin (who just keeps popping up in this title). They lend him the coordinates of the weapon, which sends Batman to a secret submarine to meet with Tiger Shark (from Snyder’s The Black Mirror). Except, this nuisance has interrupted, taking out another lead, leaving us with a cliffhanger. Throughout all of this, we’re peeling back layers of Alfred’s spy past that connects with the present, yet again.

Another solid issue of All Star Batman by Snyder. Negatives first: technical jargon. If there’s one thing that turns me away from Snyder’s writing, it’s always the technicalities. I don’t need to know the exact science behind every gadget and technological advancement Batman uses in his arsenal. I don’t even need to know the name. Just wow me with its uses. I’m not trying to come down harsh, but I think it’s gotten more prevalent in Snyder’s writing lately.

This issue rides the wave of awesome we got in last month’s issue. Each page is 100% Batman. He has too many great lines to recite in this review but he finds his way out of every predicament in a way you’d expect. As great as Bruce/Batman is in this issue, it’s Alfred who is playing a key role. Sure, his past is catching up to his present, but it’s his fatherly speeches that are really bringing in the emotion in this arc. He loves Bruce, and it clearly shows in every narration. It’s not too strong either, it’s pretty subtle. Perfect. 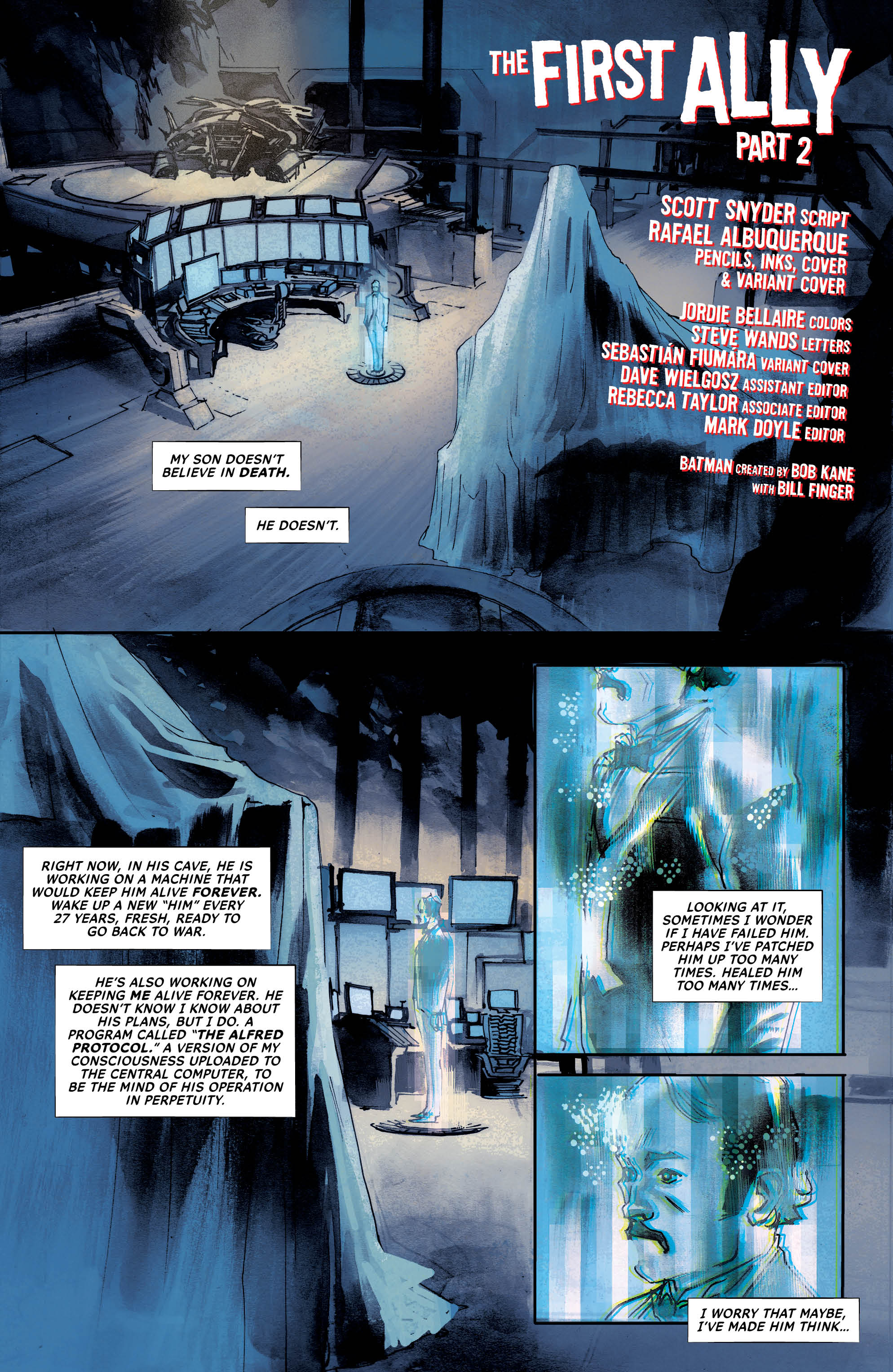 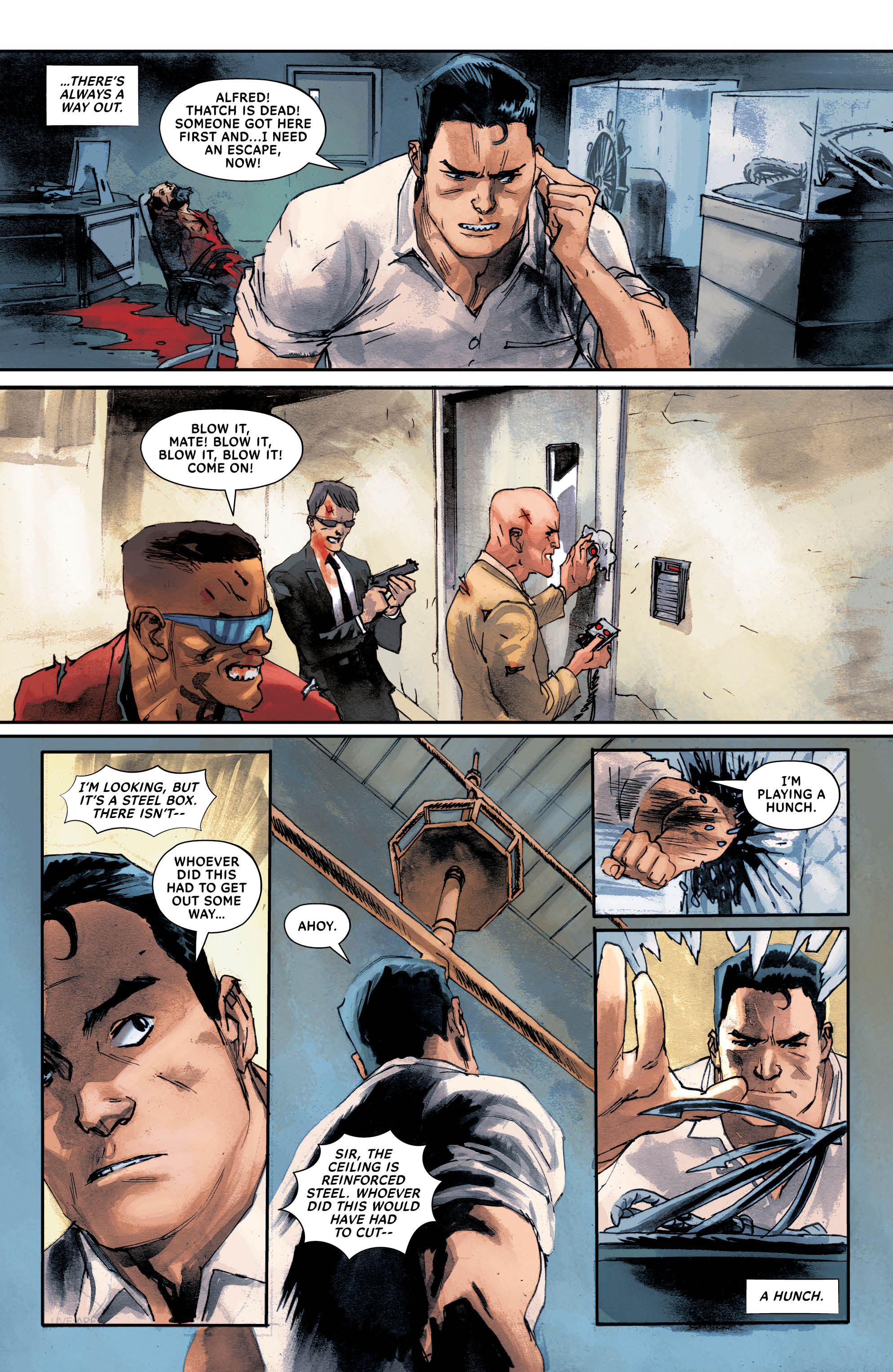 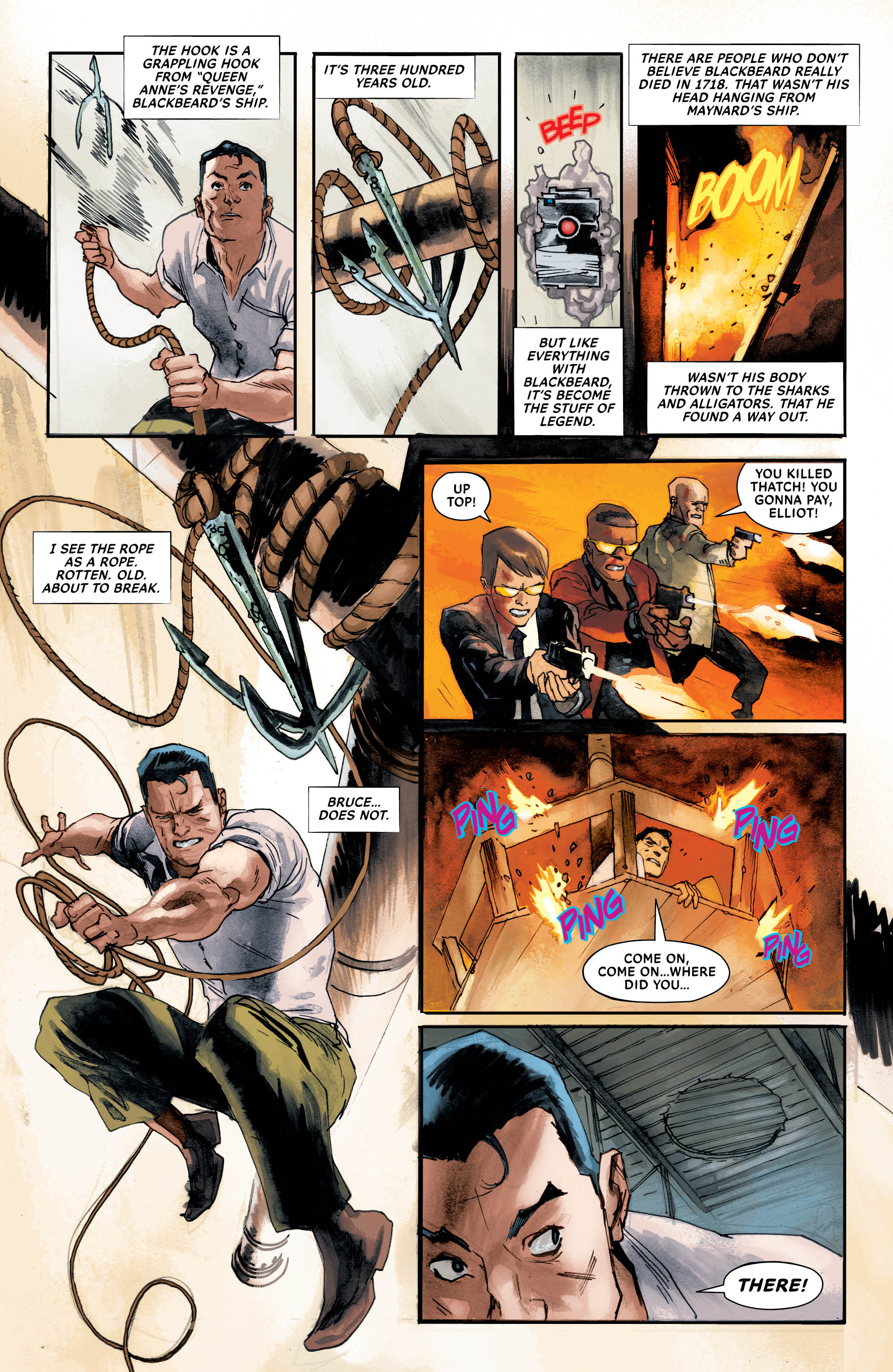 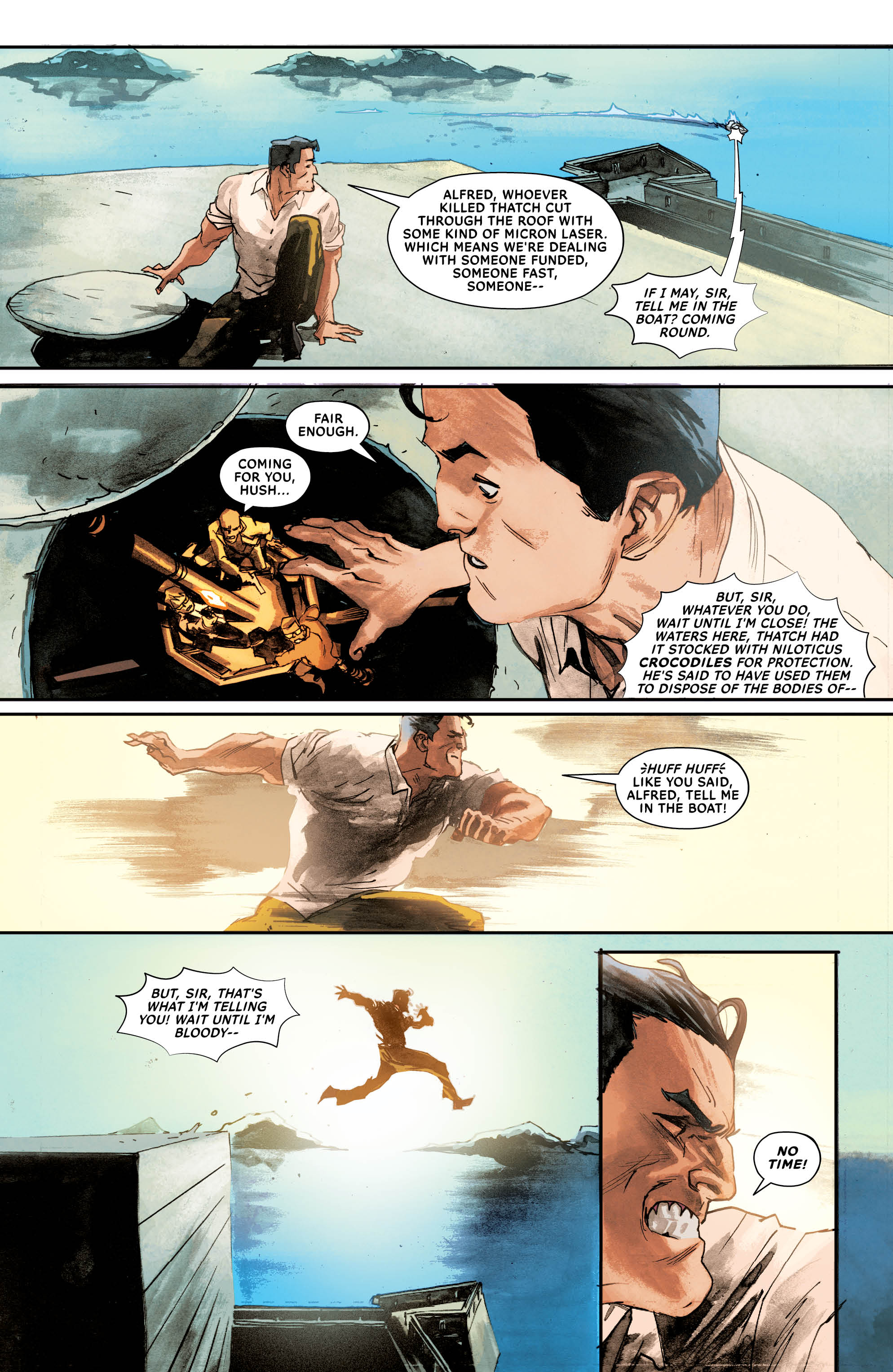 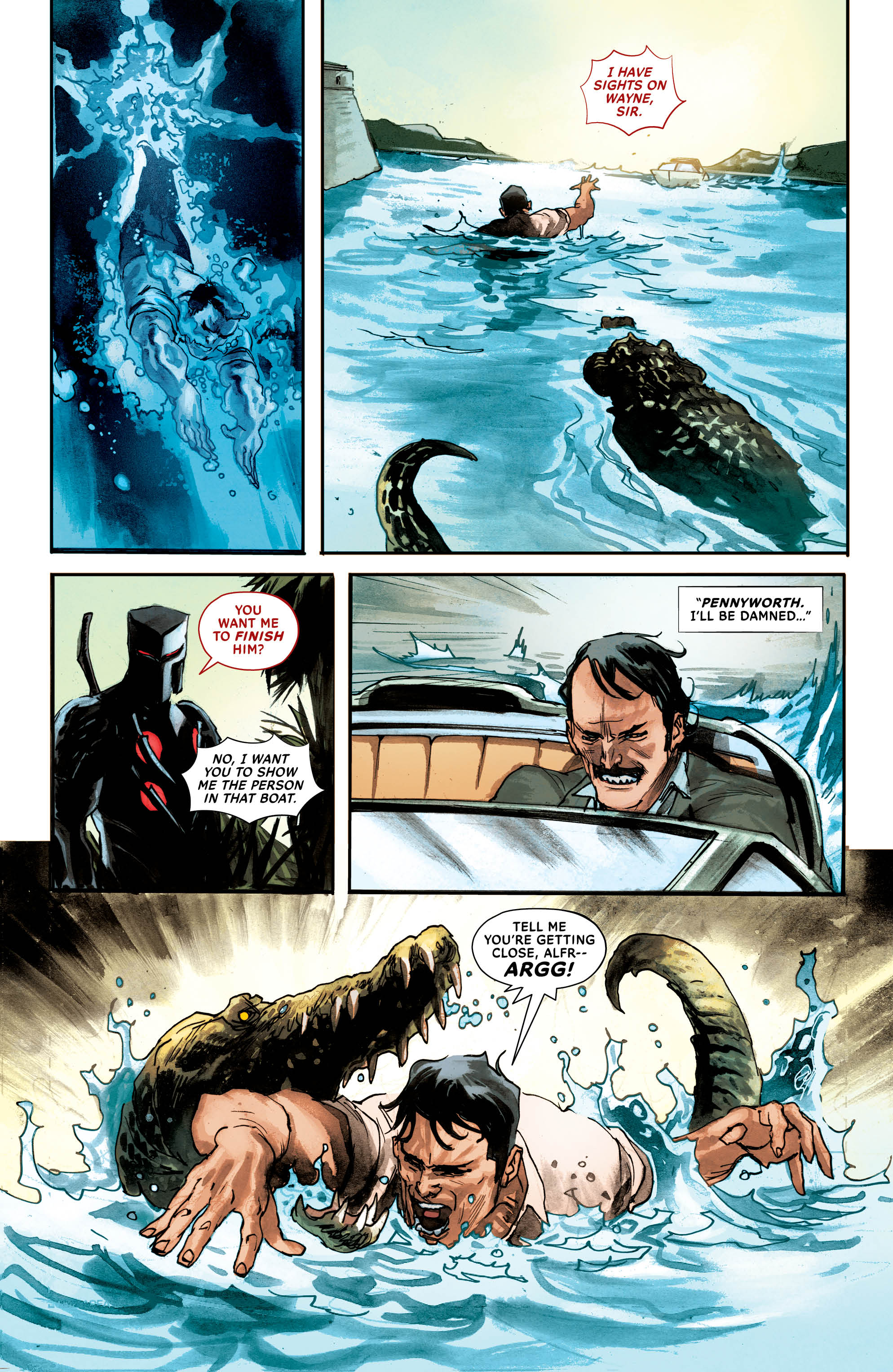 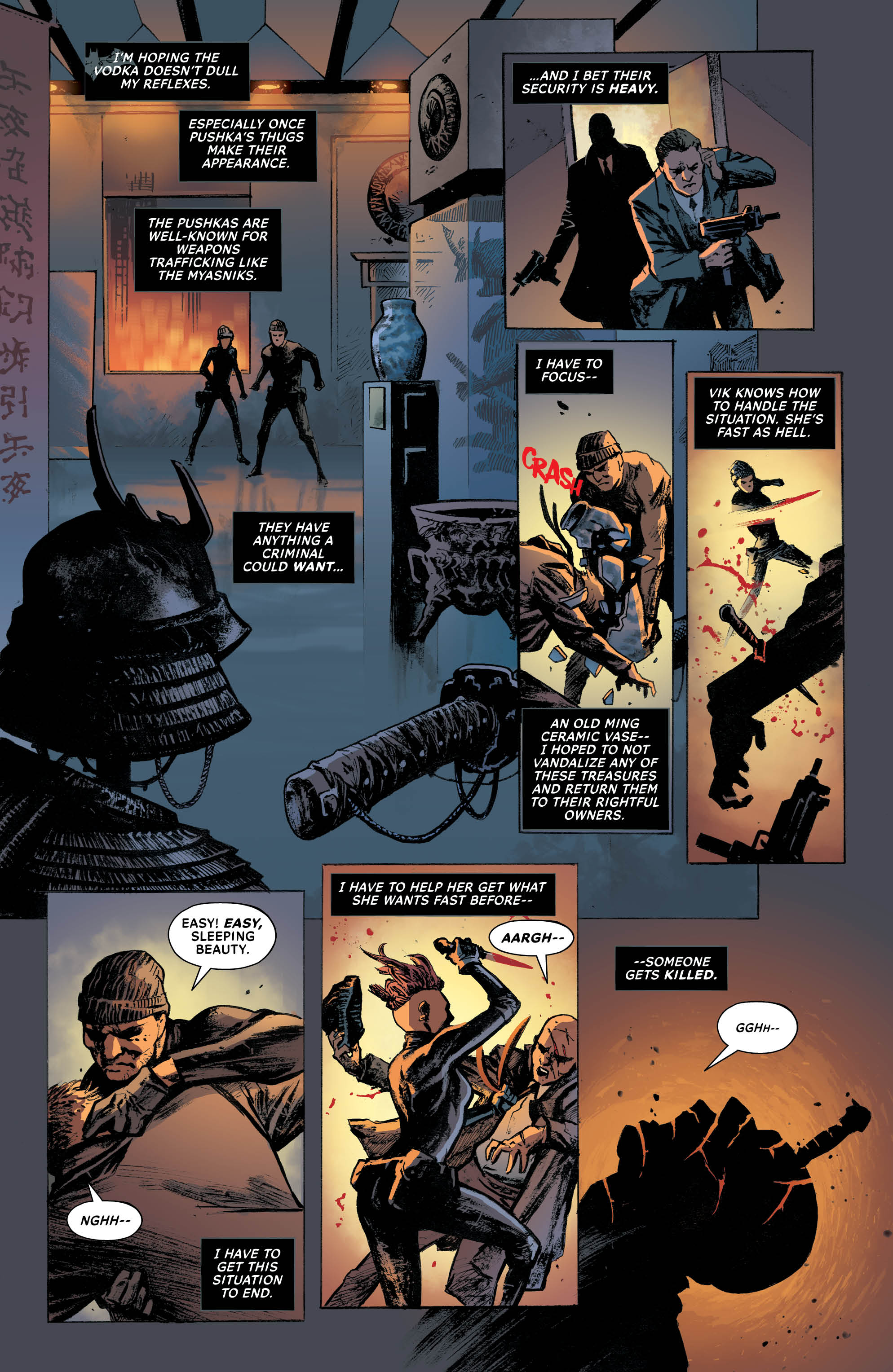 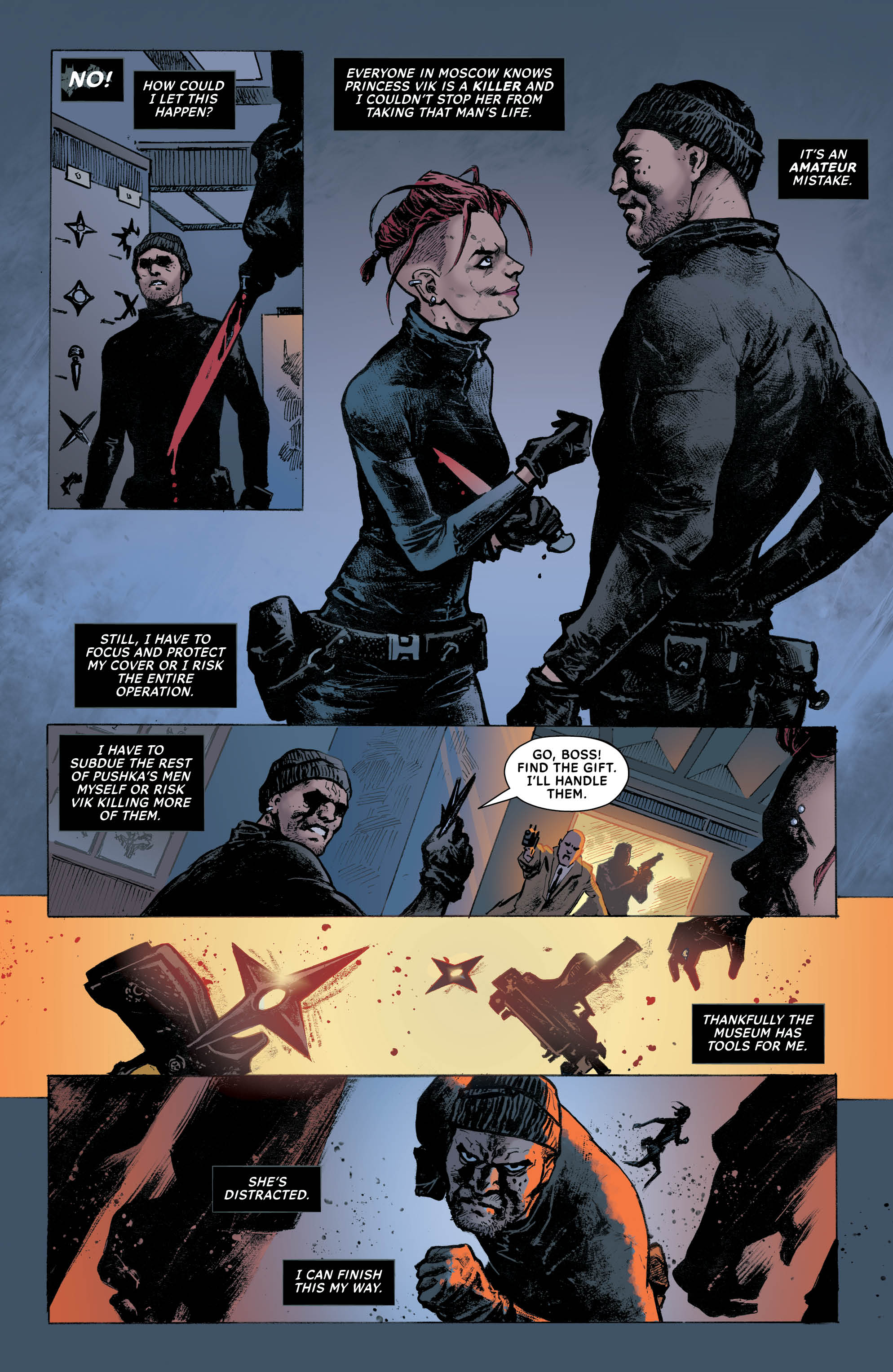 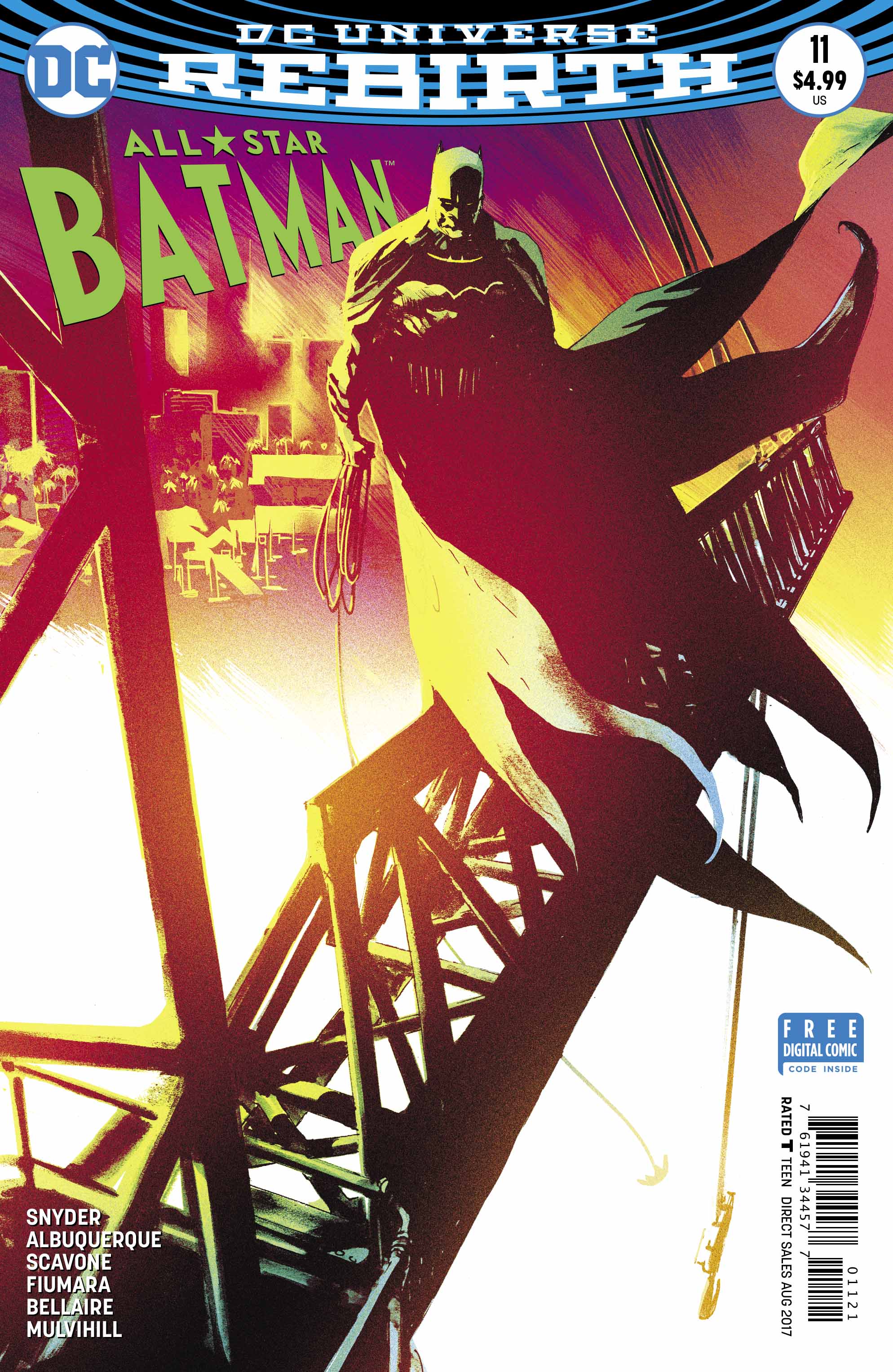 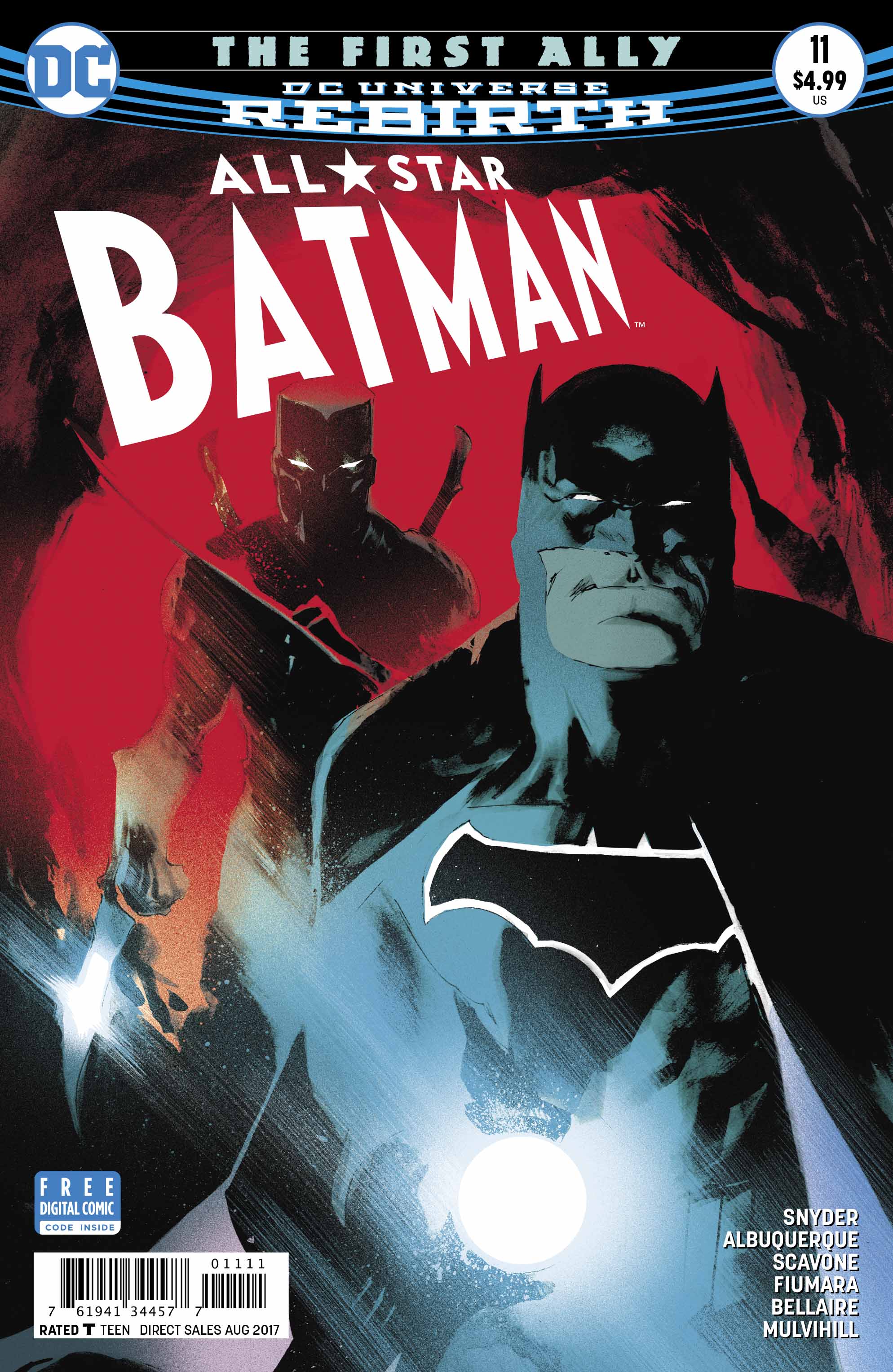 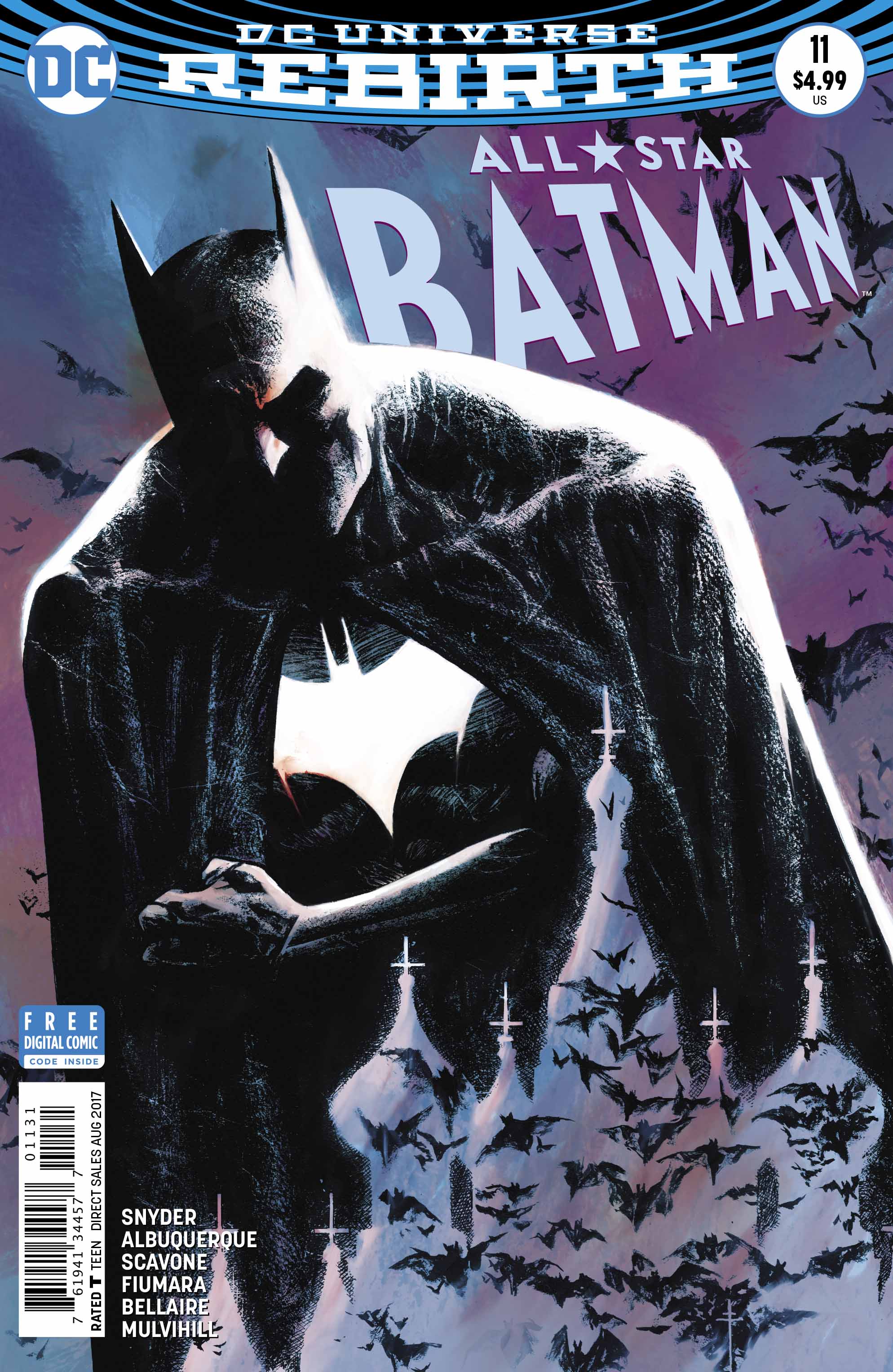 The art is top-notch yet again. Rafael Albuquerque has brought some beautiful pages to issue #11. I really appreciate his tone and style during those Caribbean panels. Unlike last issue (which was gorgeous), we also get some dark, Batman panels. That’s what makes Albuquerque soar. He has quite a range to cover from the first page to the last, and doesn’t skip a beat.

The backup story continues this month, following Bruce’s mission in Russia. I always find it interesting to see how heroes, undercover, can dodge killing people in front of the bad guys they’re “teaming” with. While this backup isn’t bad, I don’t think it’s worth making the book $4.99 each month. I’m also not seeing the end game or how it’ll totally connect to the main narrative. But, we’re only in part 2, and have (at most) 3 parts left.

Fun, exciting, heartfelt and easy on the eyes. All Star Batman continues to be one of DC’s most original books. With only three issues left, strap in for a fun ride.