‘All Star Batman’ Ending In September

Ever since Scott Snyder started writing Batman comics in 2011, he quickly became a fan favorite.  As the architect of the modern classic Court of Owls, Snyder was quickly regarded in the upper echelon of Batman writers like Paul Dini, Grant Morrison and Dennis O’Neil.

When DC decided to reboot their comics line with Rebirth, Snyder announced that he will be writing his own title called All Star Batman that will be its own contained story, separate from the main continuity of Batman’s story in the DC Universe.  This gave Snyder the freedom to tell the story that he wanted to tell, without worrying about any other events going on in the DCU.

In an interview with CBR.com, Snyder revealed that his best-selling series will be ending in September with issue #14.  Worry not however, he won’t be permanently walking away from the character.  Snyder will be hopping back onto the main continuity horse of DC Comics to write Batman. 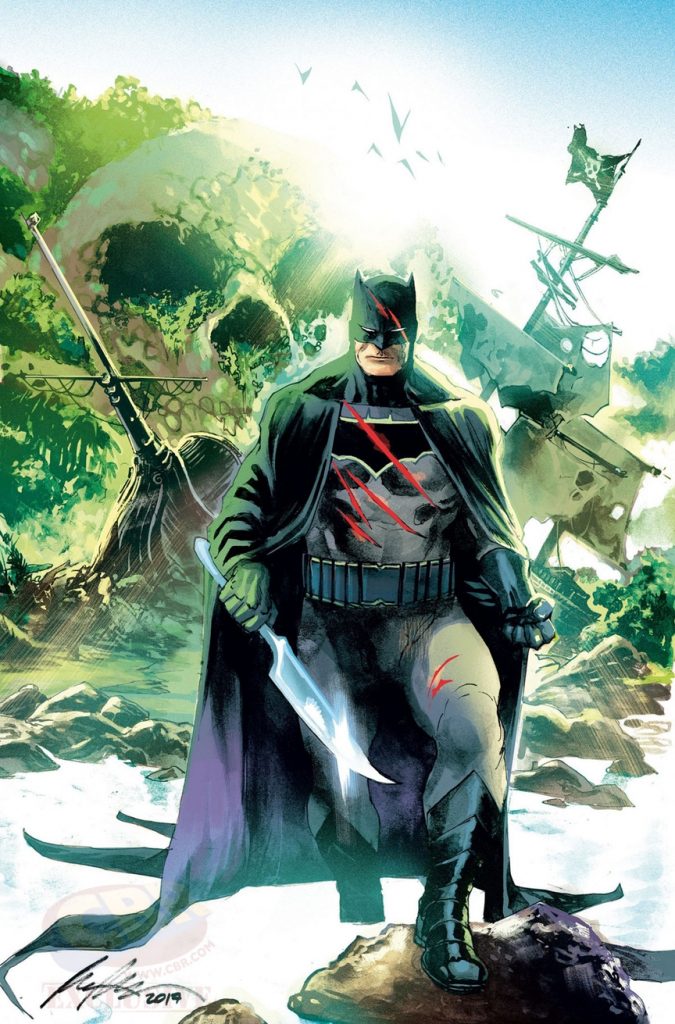 Here’s what Snyder had to say about the news:

“It’s hard because it’s not actually the end for me in a lot of ways.  Essentially, I have started working on the arc with Sean (Murphy) already, and DC has been really excited about some new formats that they’re creating.  Part of it is tied a lot of exciting editorial changes that they announced about a month ago.  They’re creating bold, new initiatives – new lanes to drive in creatively – for creators to tell the kinds of stories I was telling in All-Star.  They are artist-centric and a little bit left of center in ways that put the artist first, with a new artist format and with a new level of sophistication in terms of allowing for content that’s a bit more, how do I say this without spoiling stuff – adult, I guess.”

In the interview, Snyder reveals that DC approached him to write these new Batman stories in a “new, prestige format.”  Instead of doing a month-to-month format, they will package the story in a new way.  “Ending All-Star Batman allows me to write different page-length stories for different size pages in a different format and try new challenges by getting the story out there in the best way possible.”

Snyder declined to comment further on any specifics about the new format of books, leaving it up to DC to announce it formally.  He also clarified that these new stories will not be an Elseworlds or “What if” type of story, they will be within the main continuity of the larger DC Universe.

Fans will be able to pick up All Star Batman #11 next week.