“Heart of a Bastiche” Part 1 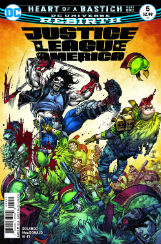 We are back once again with the (unlikely) band of heroes, anti-heroes and reformed villian in Justice League of America #5. Oh man, what an epic, action packed last issue that was! I though to myself how could Steve Orlando possibly top that climatic battle between The JLA and Lord Havok’s Extremists? While Issue #5 certainly offered some promising moments, it does not quite manage to provide the same thrills as it’s predecessor.

The JLA face massive media outcry in the aftermath of their exploits in Kravia and defeating Lord Havok. The public have openly expressed their uncertainty over the recruitment of Killer Frost and Lobo, who both have a less than smiled upon reputation. To be honest it is understandable the public wouldn’t approve of the violent, genocidal Lobo.

Meanwhile recurring Wonder Woman villian, Aegeus, has built a reputation for himself as an infamous arms dealer in the poverty stricken Penn City. However, Aegeus is not one to sell ordinary assault rifles or hand grenades. The ancient Greek man has been distributing powerful, magic infused weaponry inspired by Greek Mythology. 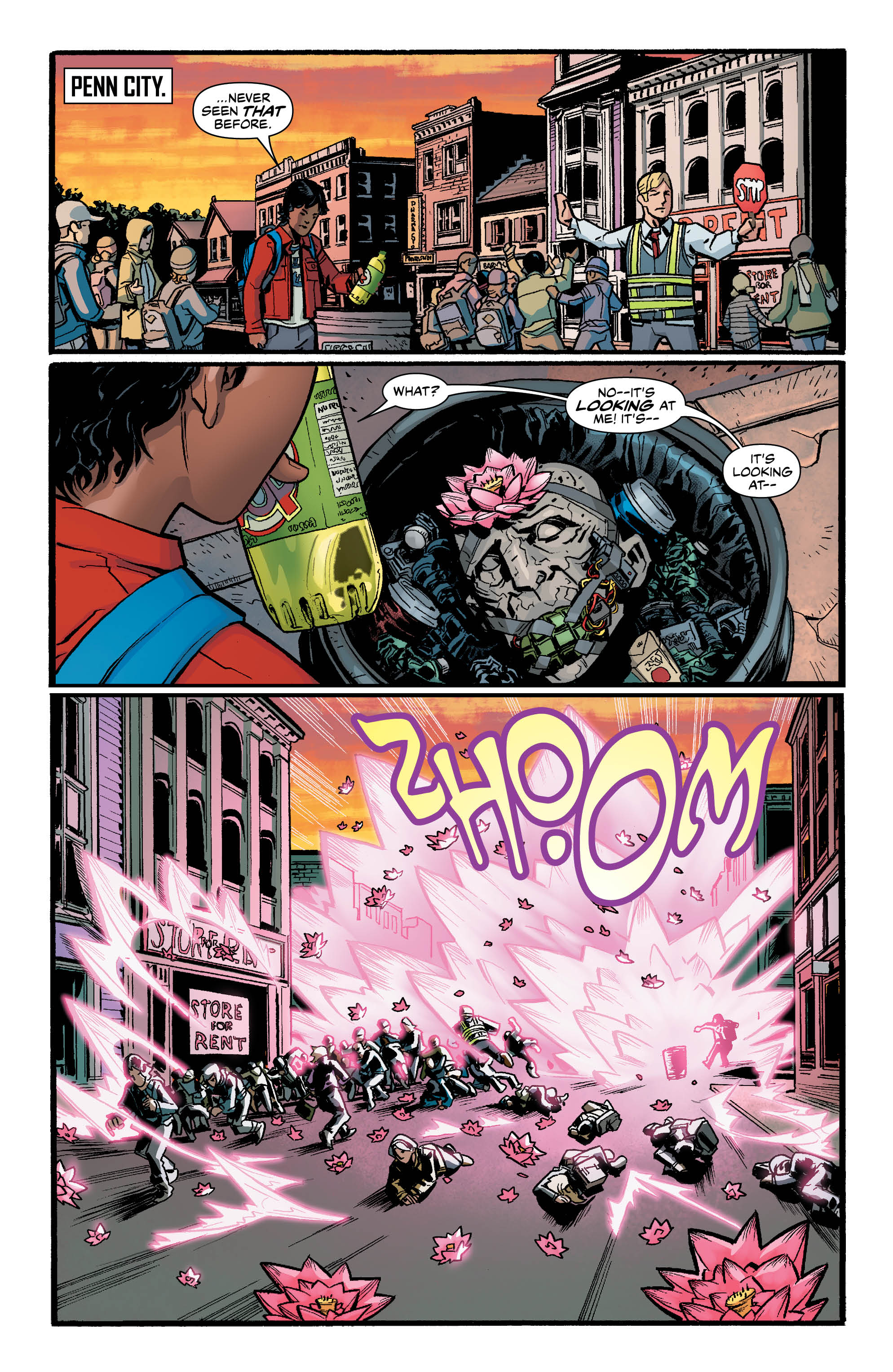 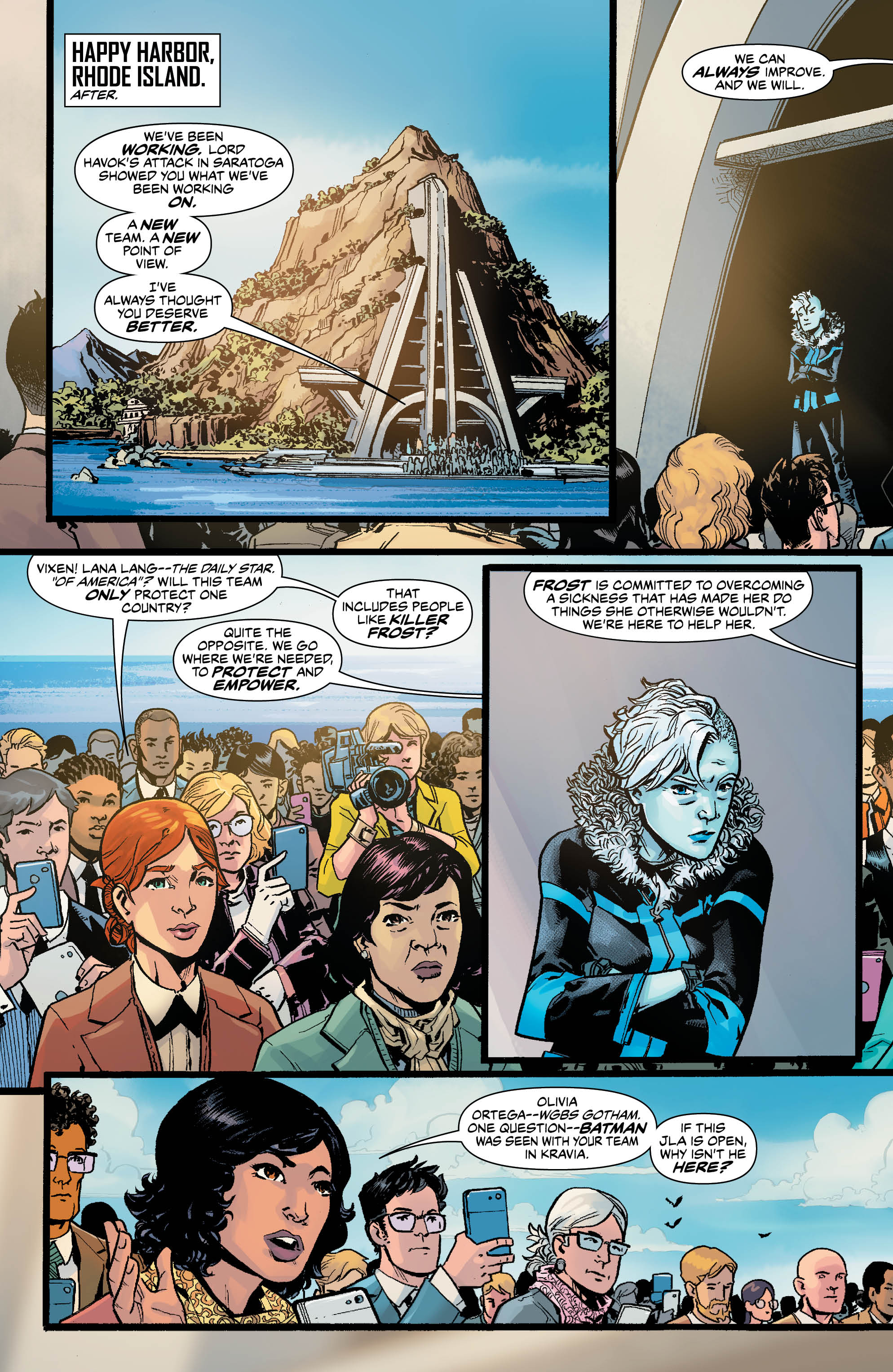 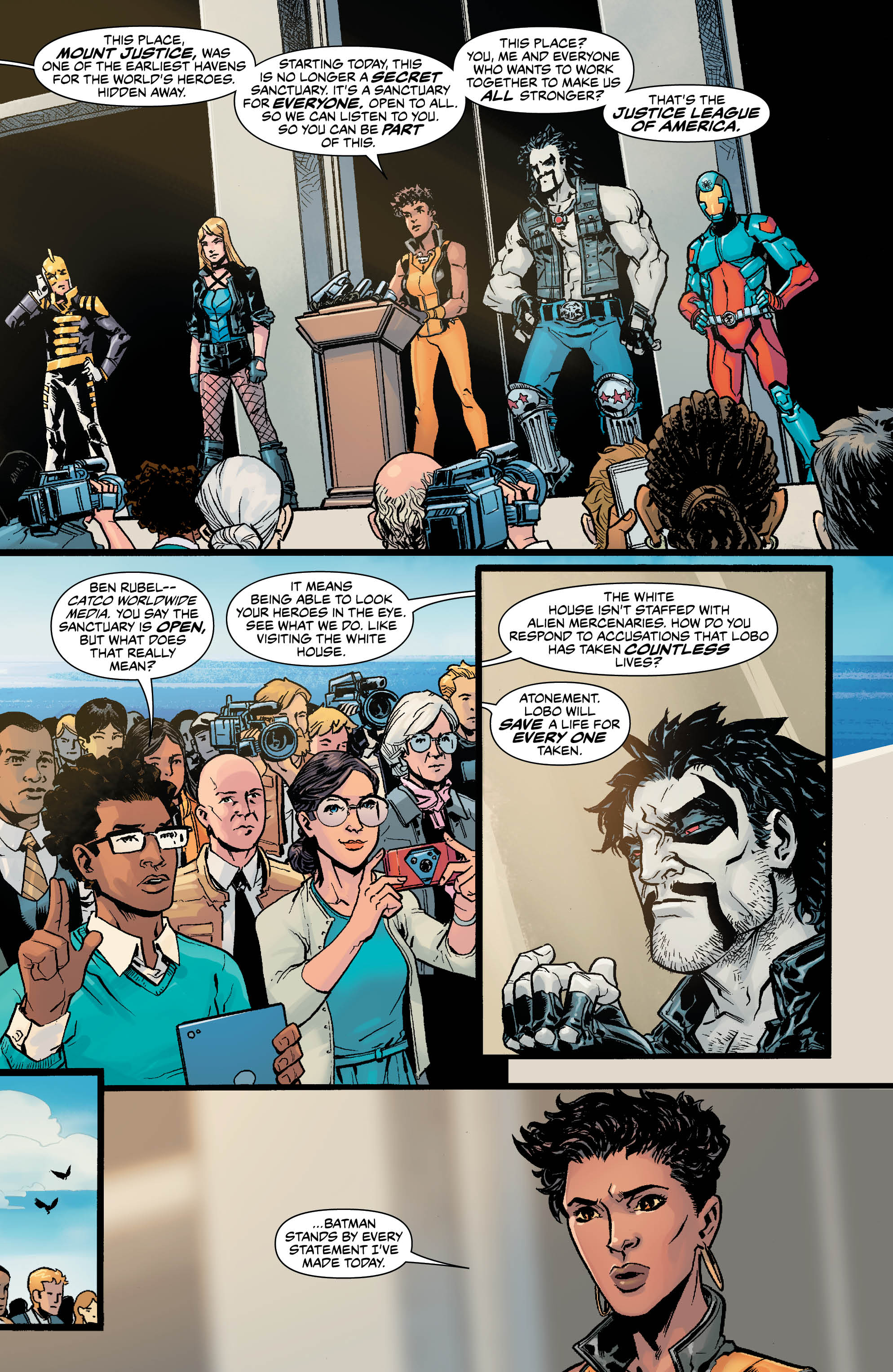 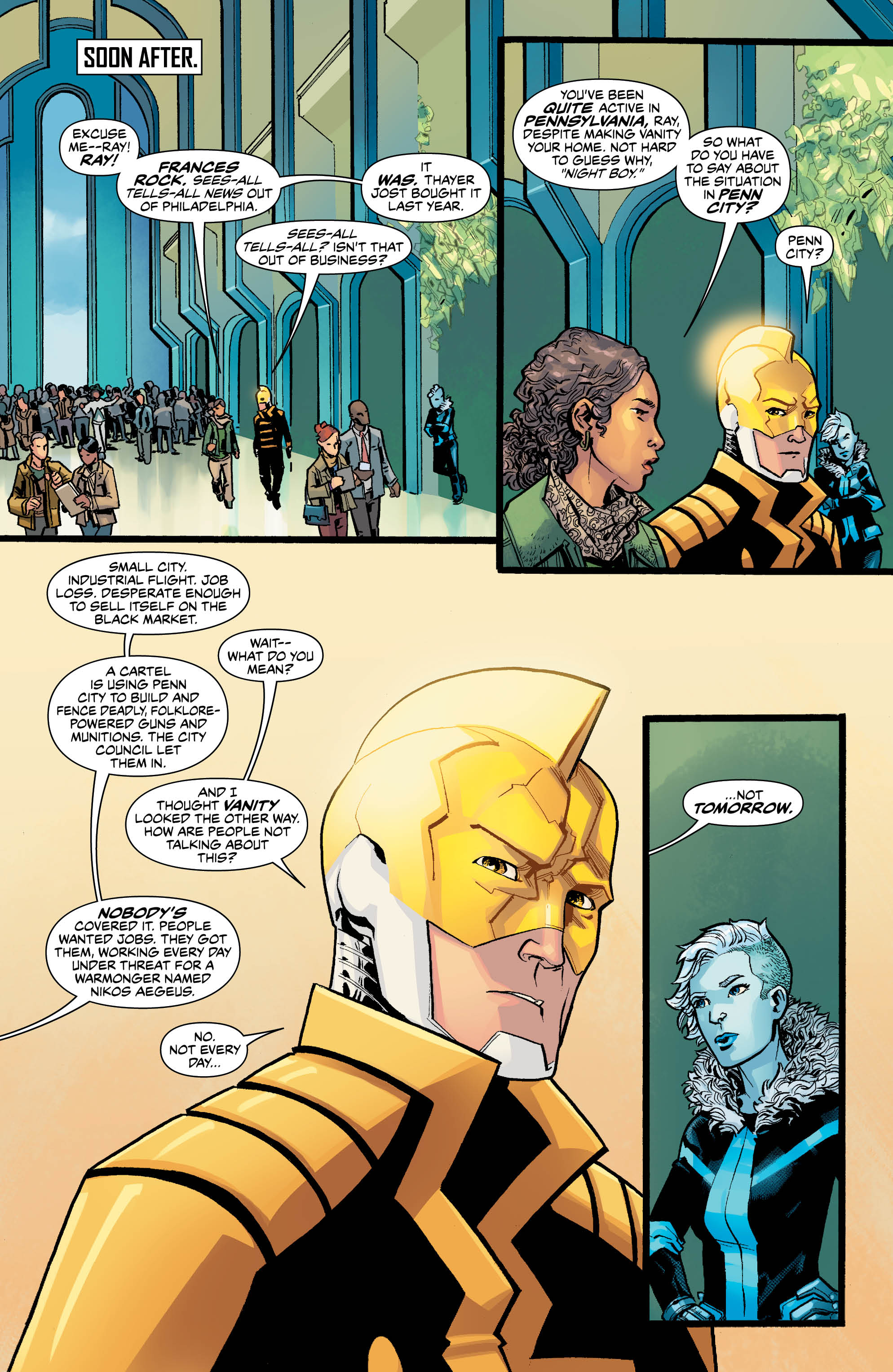 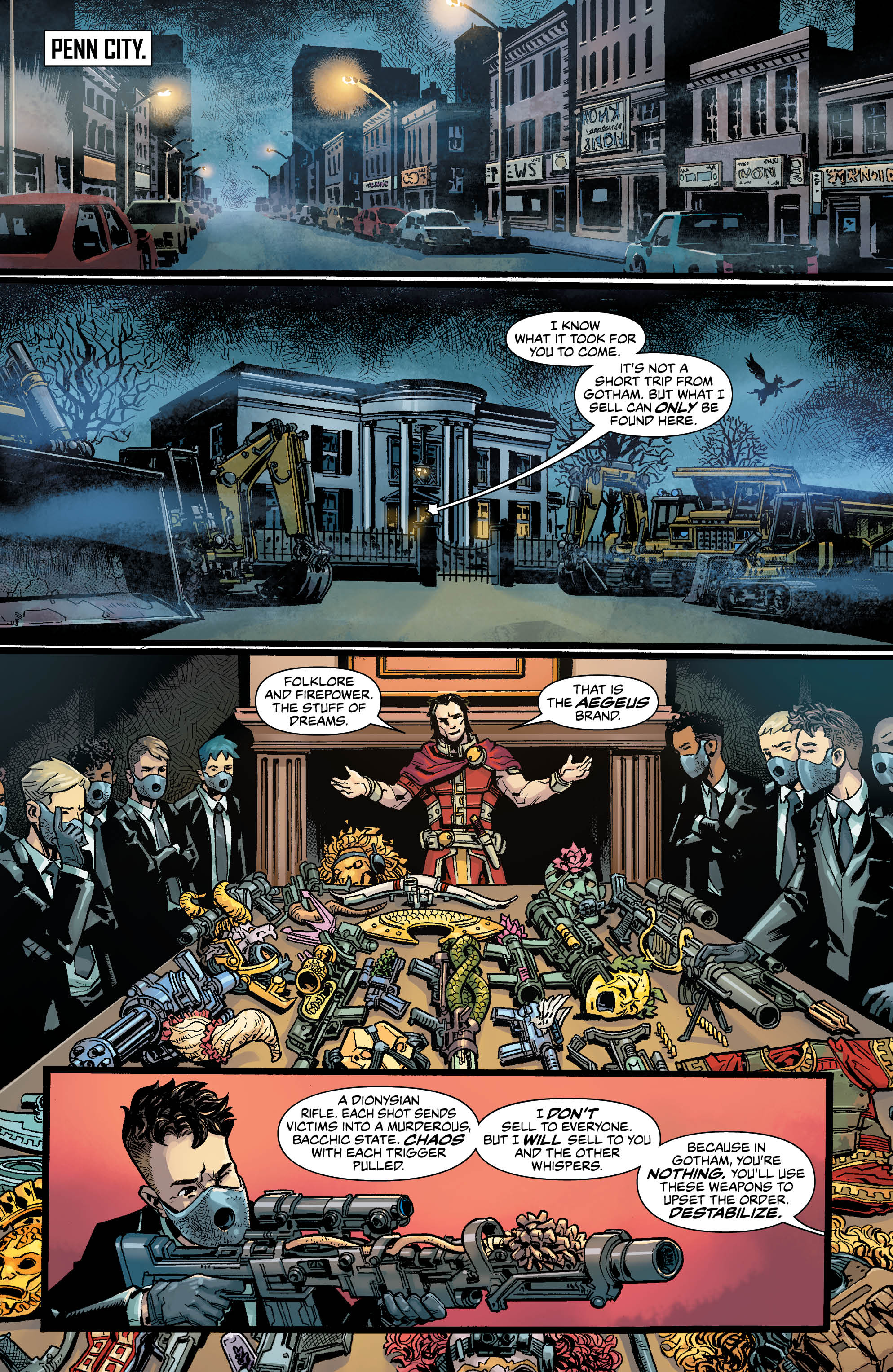 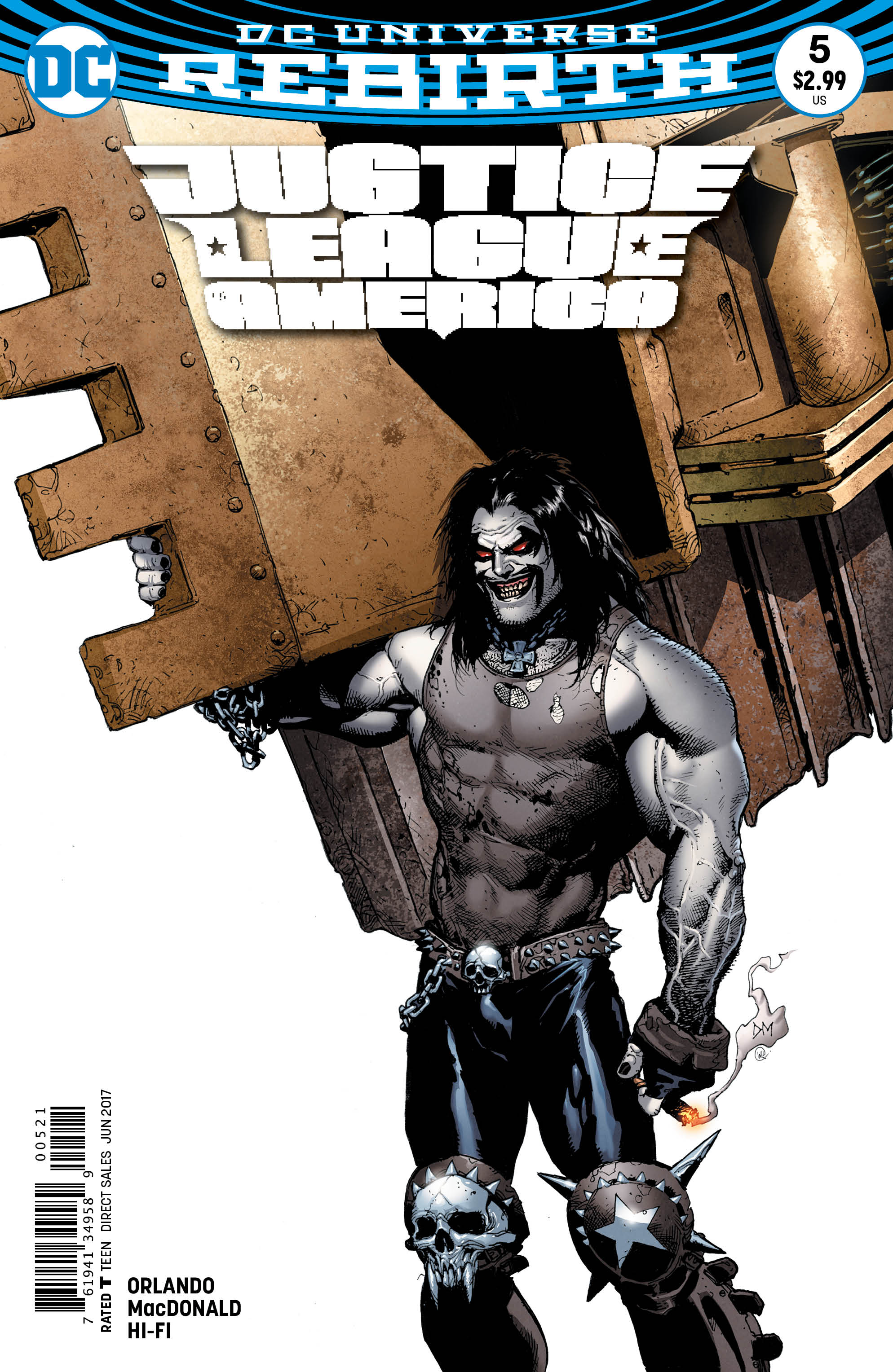 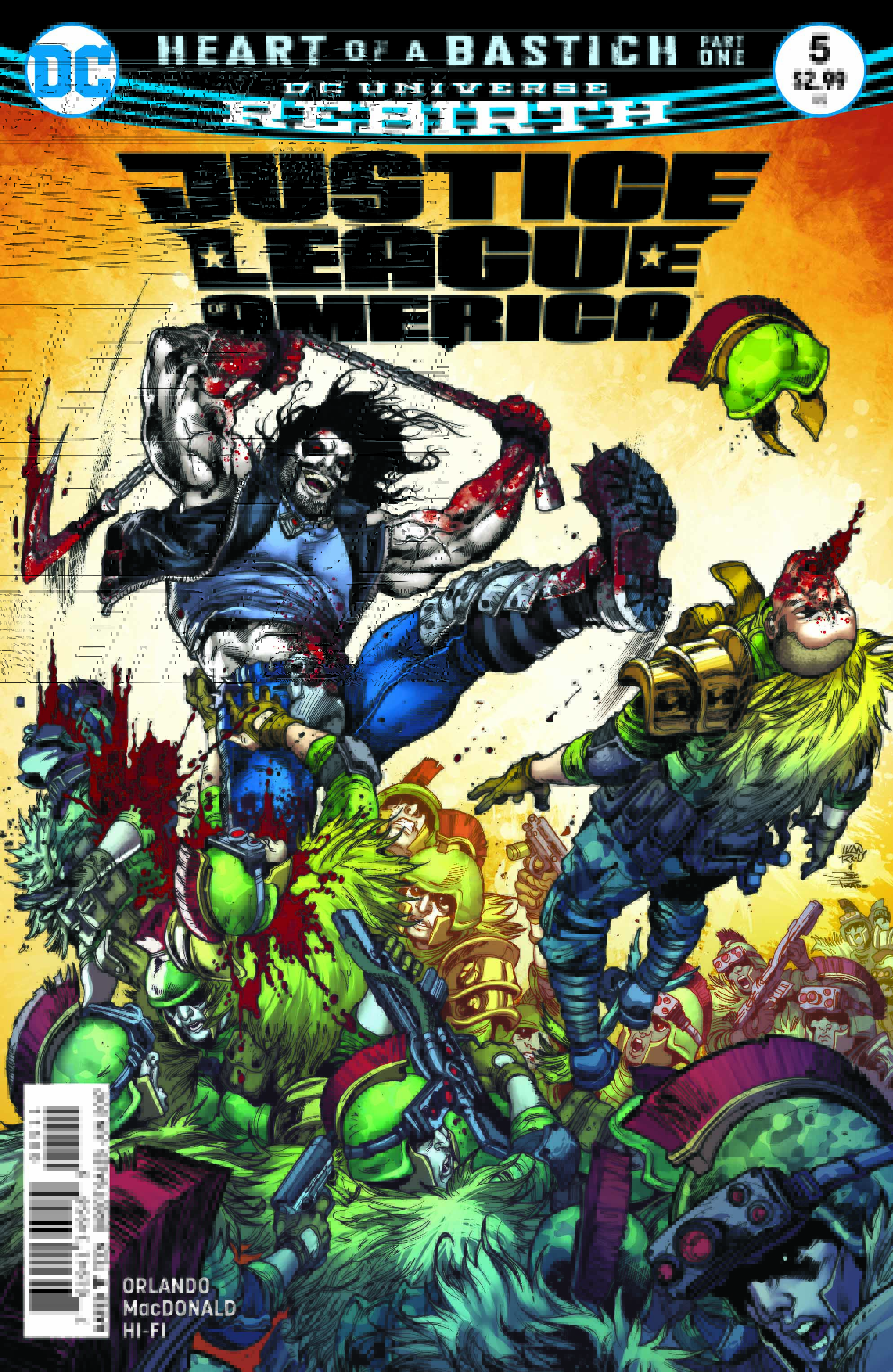 As per usual superhero team procedures, The JLA set out to Penn City in order to stop Aegeus’s villainous operations. The team discover Aegeus has taken advantage of the increasing employment rate in Penn City and extorted the citizens into working for him. Obviously Lobo ventures onwards to singlehandedly take down Aegeus. Little does the Main Man know, it’s going to be one helluva ‘blast’.

As issue #5 is just here to set up the next arc there is really not a lot of story progression with the issue ending on a ‘epic-fight-next-issue’ feeling. I did love how writer Steve Orlando gave me one of the things I wanted most from this series- Batman and Lobo conversing. It was great seeing these two characters, who belong on different ends of the spectrum, talking to each other. Well, in Lobo’s case more like bantering. It’s evident Batman is understandably uneasy with Lobo on the team. Although their exchange was brief, Steve Orlando did a decent job with their dialogue.

Speaking of Lobo I felt the action was more centred around him than the other JLA members. After reading it a couple more times I found Vixen, Killer Frost, Ray and Black Canary literally only have one panel each where I saw them in action. I saw Lobo in action significantly more, and to be expected there was blood. In over three pages the Main Man literally crushes half a man’s foot by stomping on it, fights through more than a dozen soldiers and flips over a construction vehicle with one arm. I gotta admit, despite the lack of action variation amongst characters, Lobo’s fight scenarios were spectacles to behold.

I found the story premise to not be all that exciting. I mean the villian exploiting ordinary civilians and becoming an arms dealer has been done before. At least the pacing was fast enough to move the plot ahead while not focusing too much on the opening news segment.

There were two moments that really stood out for me. The first was when the JLA find themselves facing against a horde of soldiers riding on winged chimeras then Ray conjures this bright armour around his teammates. The other is where Lobo crashes through a large building and lands chaotically onto the ground, leaving behind a fiery crater.

Sadly, I was not a big fan of the new art style. John Rauch’s artwork certainly wasn’t bad, but I found it to be not as visually striking as Ivan Reis’s work. I found characters in the background have become noticeably less detailed.

While I did love most of the action scenes and appreciated the dialogue between the JLA teammates, the end result fell a bit flat. In terms of story there was nothing really interesting about it. Still issue #5 is only the beginning of an arc so it’ll only have a chance to develop in the subsequent issues.