It has been fifteen years since the Justice League animated series came out. And now, as a full-fledged adult, I declare that lovers of DC Superheroes can never tire of DC animations. It’s also a great way to even out the dark, yet beautiful narrative of the DC Extended Universe, and the reboot of the DC Universe, Rebirth.

Kevin Conroy is the longest-running Batman voice actor, and he’s back! It’s so great to hear the old Dark Knight’s voice in an animated series like this. Through the style of the art, the superheroes look much younger than the ages they are in canon, but their attitudes are mature and developed. They are far less reckless than they started out in the original Justice League animated series. This is in regards to only Batman, Wonder Woman (Rachel Kimsey), and Superman (Jason J. Lewis). 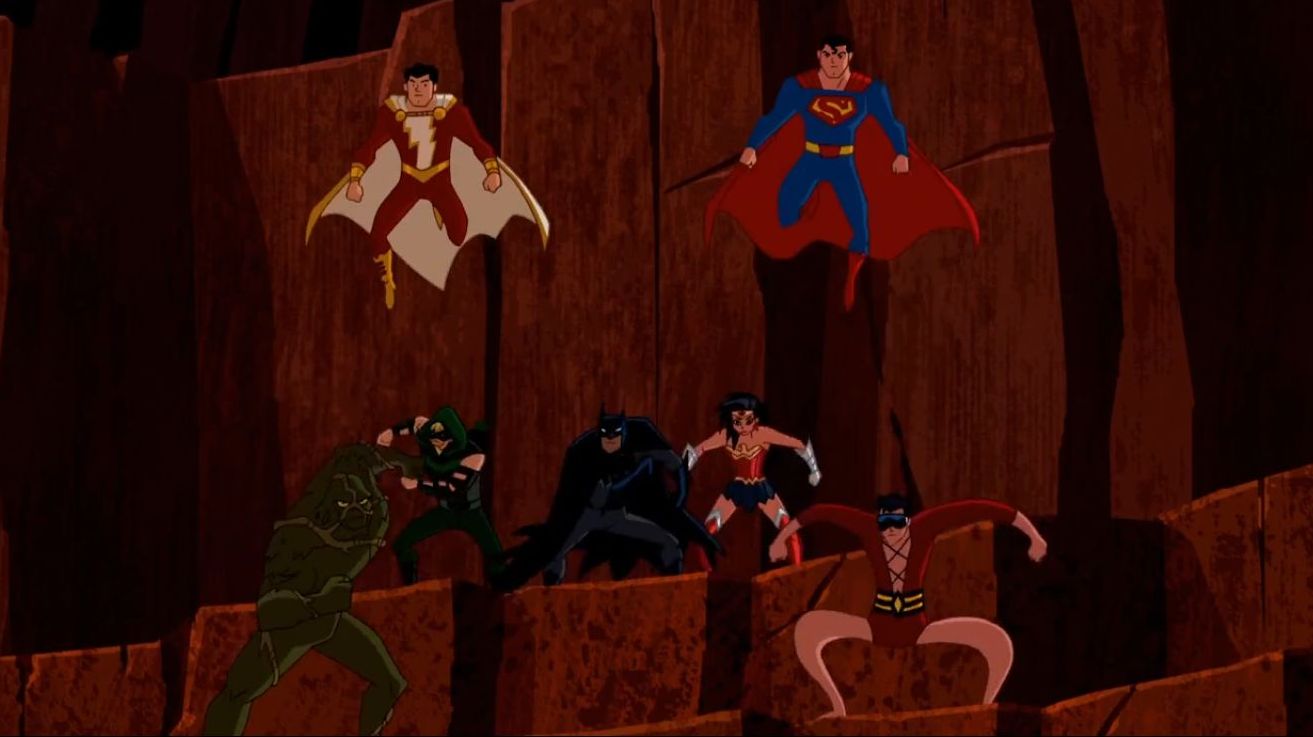 The art style and animation are a fusion of Justice League/Justice League Unlimited, Teen Titans, and Batman the Brave and the Bold. The seriousness is not downplayed, but campy moments are visible to place a smile on our faces. There were multiple times where I had to cover my mouth because I was laughing way too loud. It is important to note that each episode, apart from the first four, is stand-alone. One can watch any episode, and it wouldn’t hurt their understanding of the plot. The show bases themselves around the Trinity:

Batman plays a strong leader and father figure. All the superheroes fawn over him, craving his approval. And him being Batdad, only gives the slightest nod of approval. He guides his fellow heroes.

Wonder Woman: Wicked. Her fight sequence in the pilot, 4-part episode, is praise-worthy. Her powers are even greater than that of Superman’s. In addition, I appreciate the homages they did for her uniforms:

Superman tries to be a responsible guy, a heart of gold, but I like how he’s not completely invulnerable in the show. They bring up red sun beams, kryptonite weaponry, and magic. He is, on more than one occasion, the one needing to be saved.

Constantine was a treat to see in the pilot, and I love it when Batman works with him and Green Arrow. Dynamic team-ups, and it’s nice to see Batman have close friends that only he can understand:

Constantine: Well, that was a googly wicked duck and dive.

Batman: Constantine was hit by an accent-exaggerator spell while fighting a warlock last week.

Superman: John, I’m guessing you brought us to your House of Mystery.

Then we have our villains, who are much less dark but not less wicked than their comic version. Lex is stuck up, delicate, intelligent and a sore loser. The Joker is a tough villain, but against the Justice League, he has no chance. Brother Knight is vexing, and it was wonderful seeing magical folks like Shazam and Zatanna show up.

Now the romantic in me has to mention this:

Bruce Timm’s Justice League explored the relationship between Diana Prince and Bruce Wayne because the show’s creator did not like Clark Kent with Diana Prince. 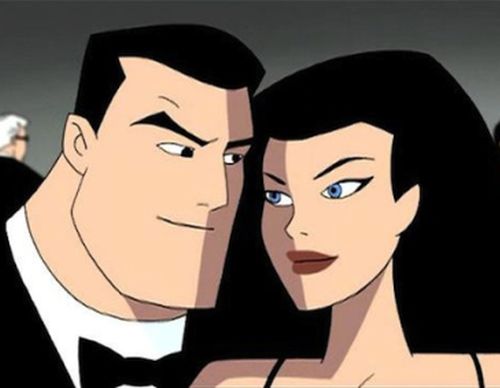 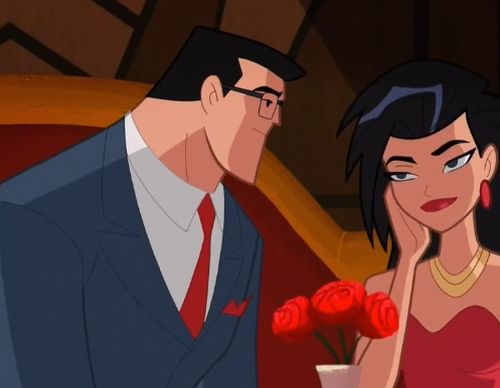 However, in JL Action, episode “Repulsed,” they play with pairing Clark Kent with Diana, famous in the New 52 story arc, DC’s power couple. In both instances of these shows, neither couple is official. I think it’s best that way. But superhero relationship dynamics are always fun to play with.

Ah! So, my favorite episode so far has got to be Season 1, Episode 11 “Playdate.” The villain, Toy Man (Ken Jeong), takes control over Batman, Superman, Wonder Woman and Cyborg. The Trinity is forced to fight against each other, while Cyborg has control over Batman (Injustice reference!). Packed with great lines, Cyborg has to choose to use Batman as his fighter:

“Come on! Batman doesn’t have any powers!”

Superman: “You just…carry that with you?”

And I will conclude with this image: 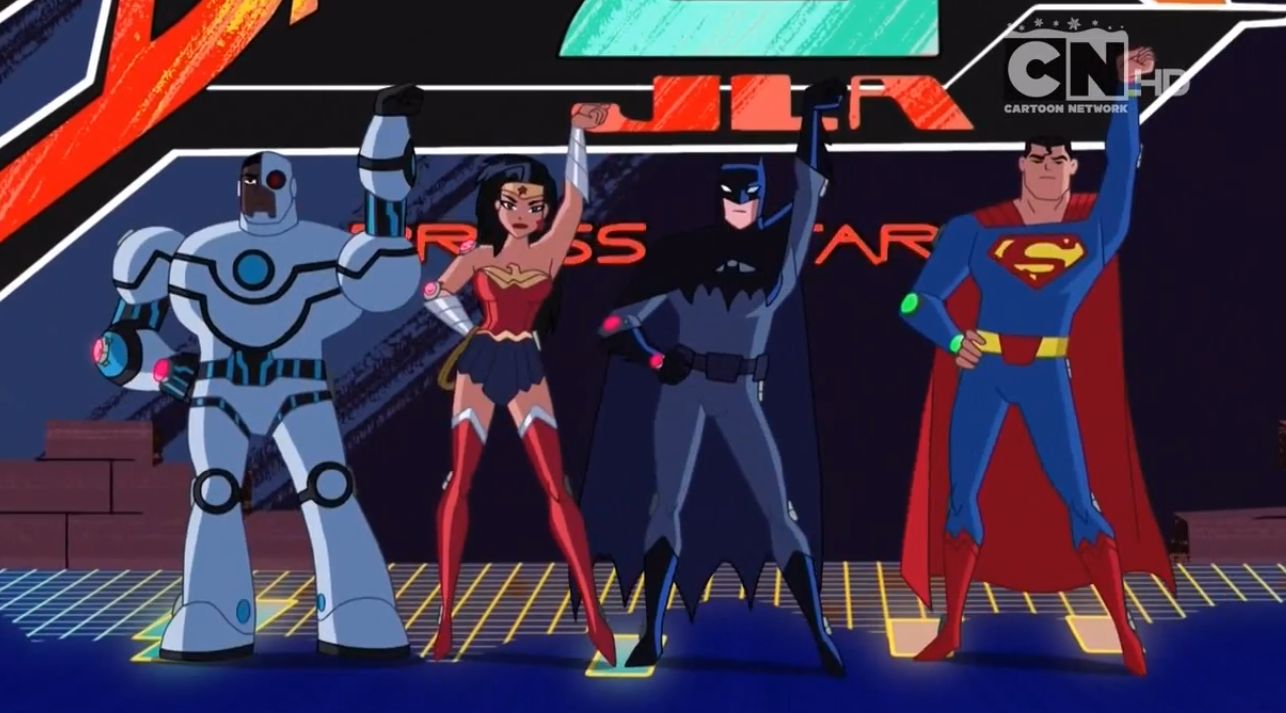 I don’t know what else could get anyone to start watching this show faster. (Honestly, that image was why I started watching the show…)

Some added diversity would be pretty great. DC already takes the lead in race-bending their characters which are, unfortunately, rare in cinemas, but sincerely appreciated when it happens! Not to mention, Wonder Woman being the third film of the DCEU, and her already being introduced in Batman v Superman. They do great work for inclusion! But we could always do with more.

The graphics and details of the background are complex, and as the show progresses, it improves. These heroes have been around for over seventy years, all ages can connect and enjoy this. This is a brilliant, witty show that is great for any Batman and Justice League fans.