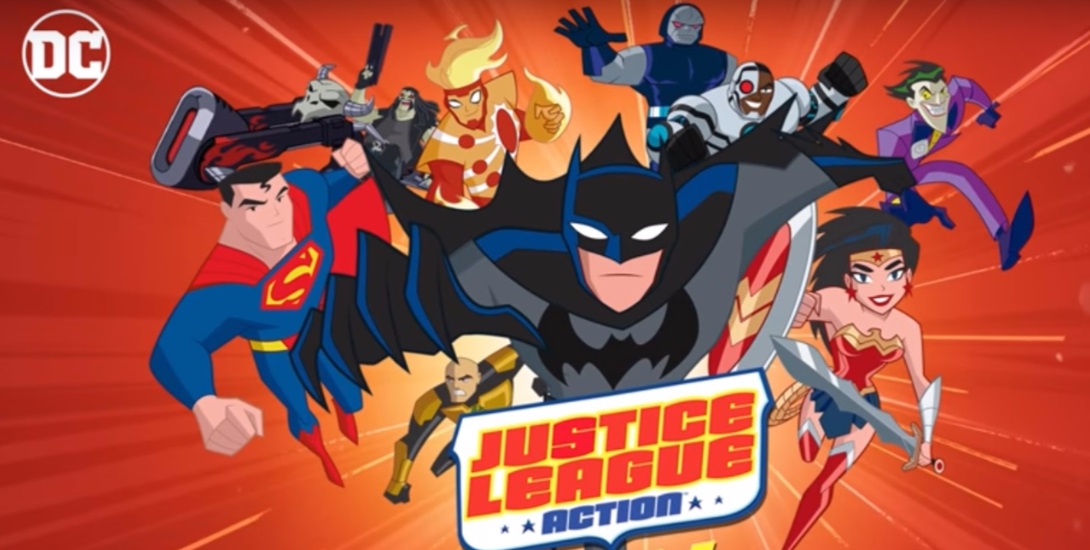 Justice League Action is running from your television to your smartphone.

Watch the trailer below.

Ready to take on the world’s meanest villains? Here’s your chance to hand pick your own team of Justice League Action heroes set the bad guys on the run! And between missions, you can catch your breath—watch videos, learn amazing character facts, and read the best comic books in the universe!

You’re the team leader, and there’s a lot to do:
• Run, jump, slide, dodge, fly, and blast your way through 150 mission-based levels.
• Swap heroes during your missions (why stick with one superpower or ability?)
• Fight bosses at the end of each chapter and thwart their evil plans.
• Upgrade and customize your heroes with new costumes, abilities, gear, and superpowers.
• Earn tokens to level up and unlock new heroes and more rewards.
• Watch videos, shorts, clips, and tutorials for Justice League Action and other DC Kids shows.
• Read the latest DC news, announcements, character facts, and digital comic books.

The series debuted just a few months ago on Cartoon Network and has earned some respectable praise. For those who haven’t jumped on board, here’s the premise:

Batman, Superman and Wonder Woman lead the DC Comics Super Heroes against their most infamous foes in adventures packed with relentless thrills, fun and action. No need to wait for the good stuff to start, each eleven-minute episode jumps in with lightning-paced action and heroics. Whether defending the Earth, facing invaders from space, or battling the bizarre forces of magic, the always-rotating team of Justice League heroes, are up to any challenge.