Fox Releases Promo for Jerome’s Next Appearance on ‘Gotham’ 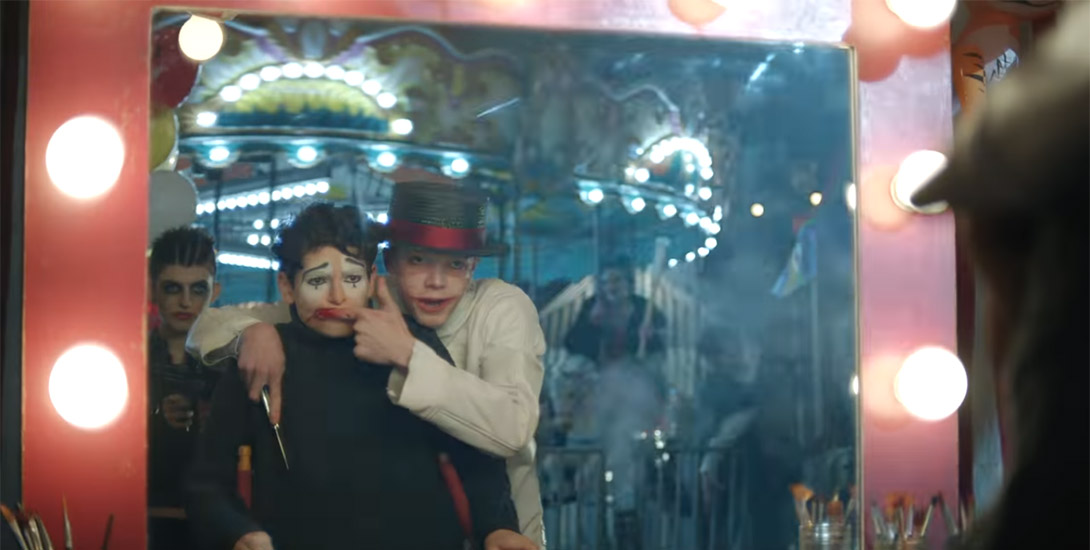 Spoiler Alert! Jerome’s back. The producers of Gotham have teased his return since last summer and although they said that it wasn’t going to be for a while, they decided to just cut to the chase and give fans what want.

Since before Christmas, Fox and actor Cameron Monaghan have been relentlessly teasing fans. And then, the mid-season premiere happened. Jerome was resurrected and unleashed upon Gotham once more. And it was a blast. Check out Nat Brehmer’s review here.

A few days following the mid-season premiere, Fox released a band new promo dubbed the “Jerome White Band Trailer” that begins with a supercut of his antics from season 1 and 2, and then goes into tomorrow’s episode.

This is possibly the best promo Fox has ever released from Gotham. Not only are they paying tribute to the New 52 Joker, but they’re also giving us a proto-reenactment of the Dark Knight Returns. The Dark Knight Returns was originally supposed to be the last Batman story, but since Gotham will never get to that place, they decided to do it anyway with these characters who have yet to become what they are destined to become.

Based on how much they’re doing with Jerome, I’d say he’s not going to be a recurring fixture on Gotham. It looks like it will be another 2-3 episode limited engagement. I don’t anticipate that he will be back, if at all after this arc is up. Instead of building up a multi-episode arc that will span the rest of the season and next, they’re just going all out right now and enjoying themselves, which is a good thing because Jerome (played incredibly by Monaghan) is such a great character that he should only be used sparringly.