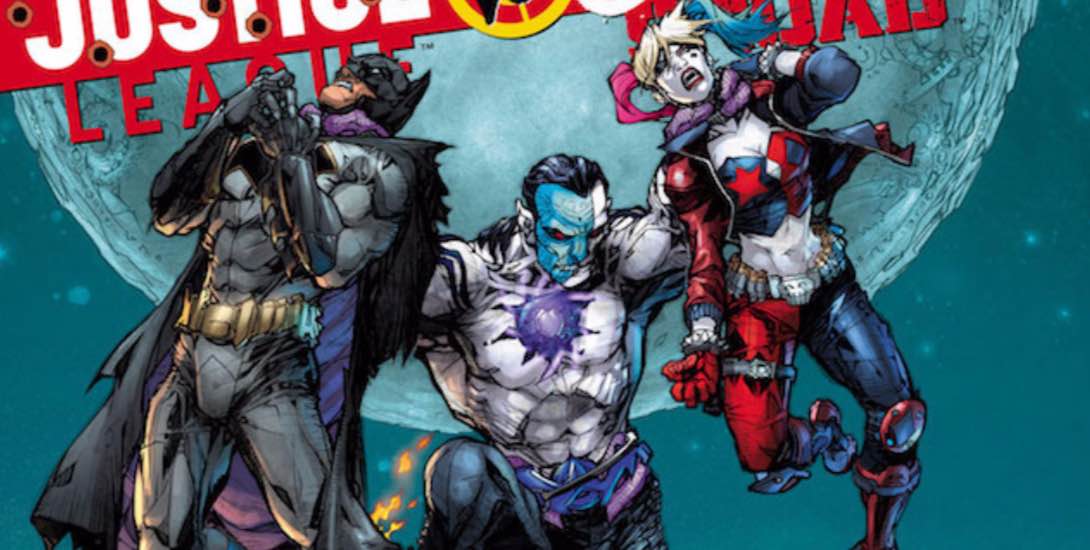 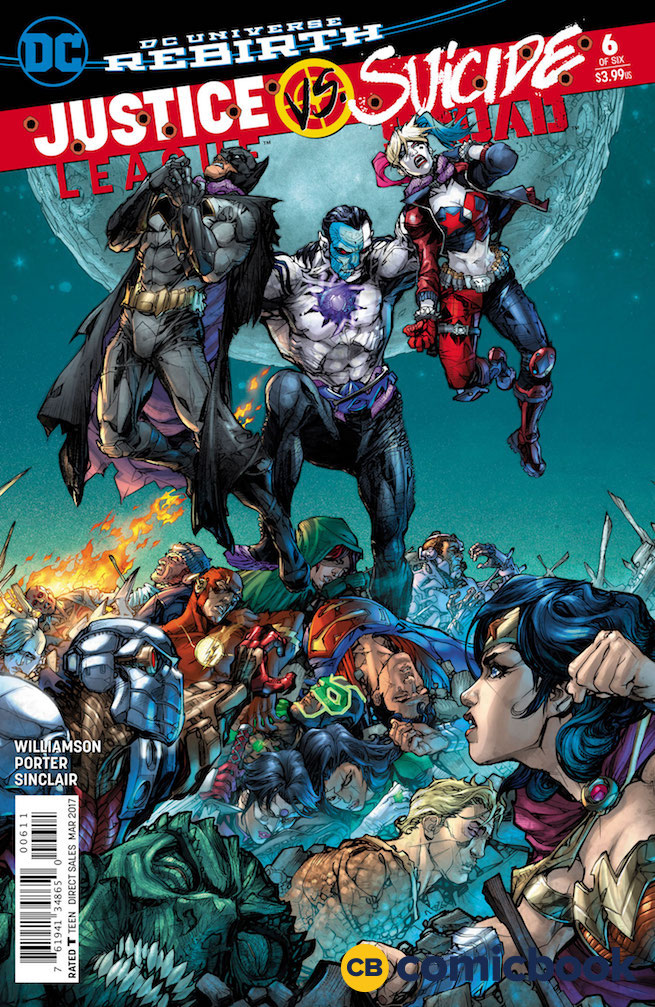 Justice League vs. Suicide Squad is hailed as the first major crossover event of DC’s Rebirth era of comics. It has With Eclipso holding Maxwell Lord and the Justice League in his thrall, how will Batman and his ragtag team of Suicide Squad hope to stop them? Check out the preview for the grand finale to this event and the official solicitation.

Retailers: This issue will ship with three covers. Please see the order form for details.

Legendary JLA artist Howard Porter returns for the ultimate showdown between the Suicide Squad, the Justice League and the forces of [REDACTED]. Unlikely heroes emerge from the rubble of DC’s first major event since DC UNIVERSE: REBIRTH, leaving both teams in a place they’ve never been before…and setting the stage for the all-new JUSTICE LEAGUE OF AMERICA. 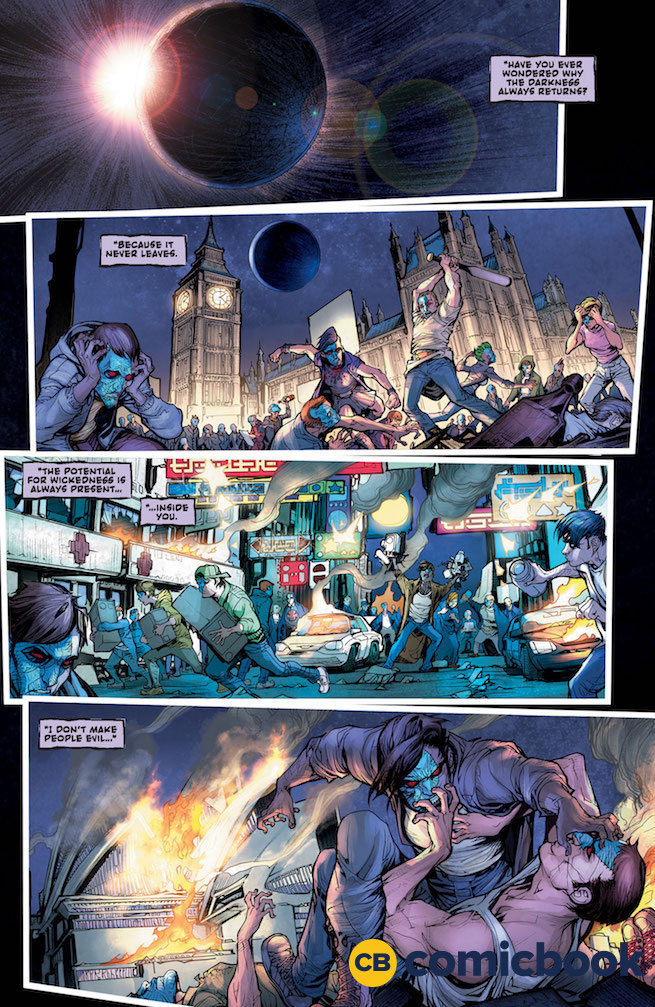 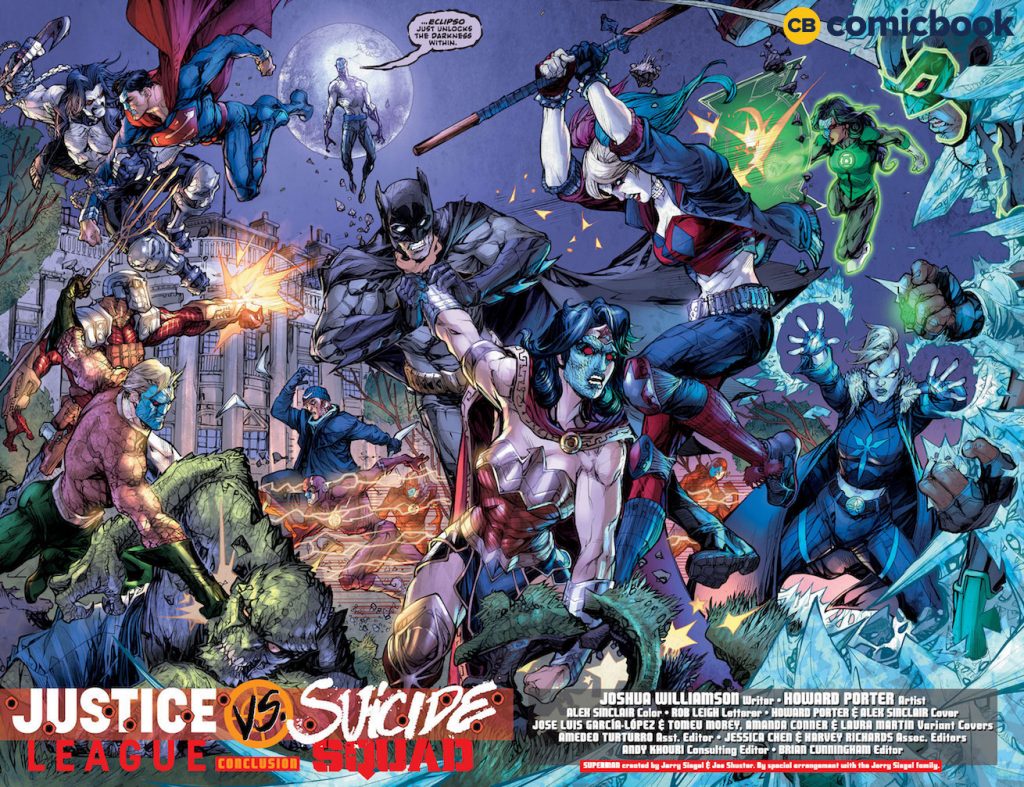 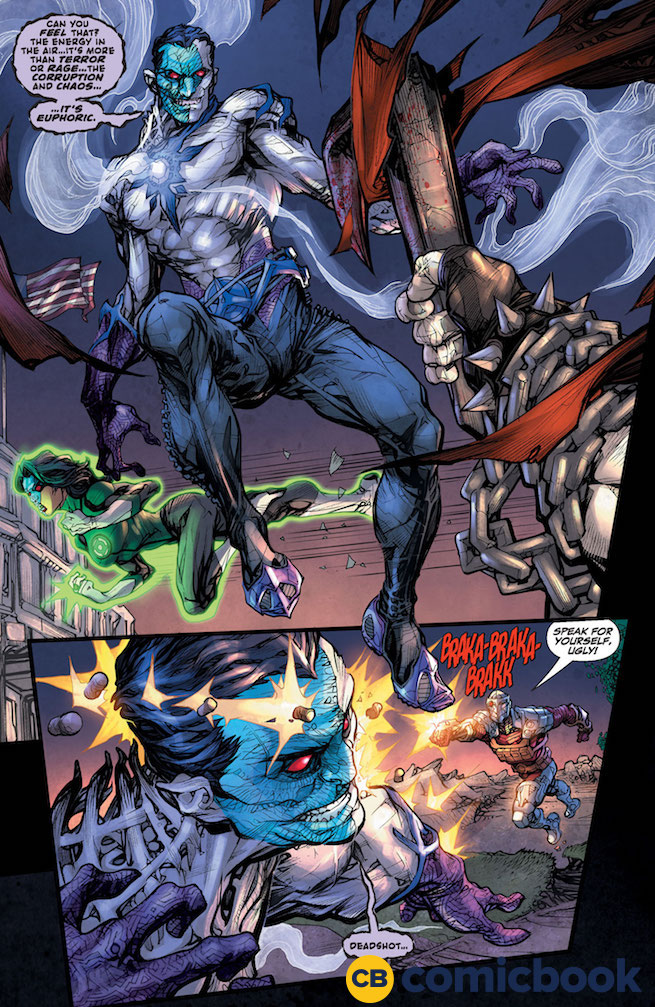 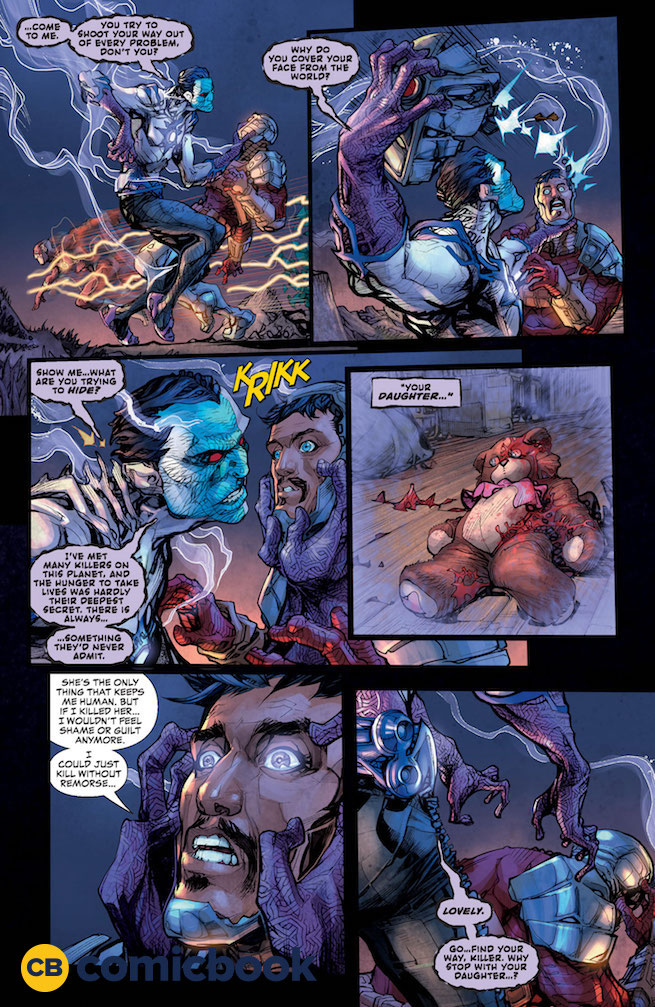