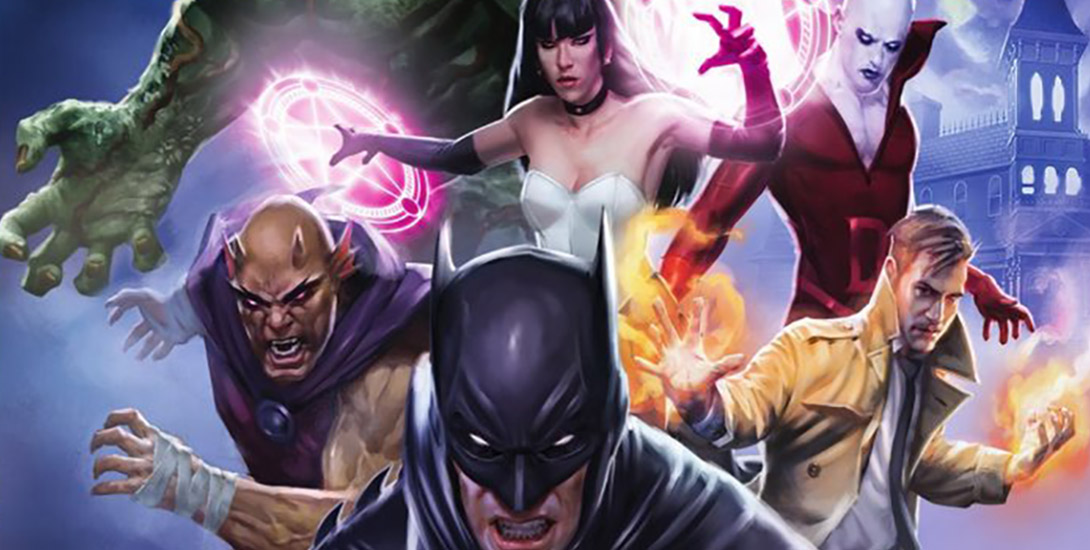 It seems like we’re living in magical time these days. Fans are being able to return to the Wizarding World of Harry Potter via Fantastic Beasts and Where to Find Them and across the street from DC Entertainment, Marvel has just released their supernatural movie, Dr. Strange. Thankfully, we’re not without our own magic, however. DC fans should be revving up for the release of Justice League Dark in January.

The trailer for which was released a couple weeks ago, which was pretty awesome.

For your convenience, take a look:

In case you wanted to have a little insight on the trailer and the movie overall, director Jay Oliva spoke with Empire and provided a breakdown of the trailer.

Here are few of the more interesting tidbits he discussed:

When setting up the plot for the movie, we see a shadowy entity with a glowing ring possess a innocent victim. Somefolks have speculated that it’s a power ring belonging to one of the Lantern Corps, to which Oliva denies and hints at something later in the movie, “And, no, I wish it was a Green Lantern power ring you see on that entity, but it’s not. That’s supposed to be a tip off for later, for when they start to investigate who or what this thing is.”

Could it be a corrupted power ring or possibly hint at the appearance of the Black Lantern corps?

Despite the fact that this is undoubtedly a Justice League Dark story, introducing the gang for the first time in this continuity (or in any feature, for that matter), Oliva insisted that the Justice League still maintains an important part of the story. His explanation, however, remains vague and reiterates why they are ill-equipped to handle this case.

Oliva would go on to discuss each character that forms JLD. Of Constantine, he compares the character to Batman in that nobody really likes him very much and oftentimes several people are quited irked by him. He explains that Constantine is not quite a magician, but has a natural inclination towards magic. He’s not quite skilled in the art, but due to his natural inclination, he has the ability to utilize several magical relics, which Oliva likens to James Bond and his gadgets. Unlike Zatanna, who he says is “probably the most powerful wizard or magical entity.”

Of Zatanna, he says:

“I played her up is that I wanted her to be afraid of the power. Magic is intoxicating, and magic doesn’t make you evil or good, it’s just this force of nature kind of thing. It’s like the One Ring in Lord Of The Rings, where the ring is very intoxicating, it’s very corrupting, and the compulsion to use it is so strong. She’s very afraid of using it, and so what she does is she relies on small parlor tricks and that kind of thing, because she knows that she can go full out nuclear. She also knows that by doing so, she might not ever come back, and so she’s afraid of that power, which I think is a really good take on her; something that I don’t think we’ve ever really explored in the past so much, at least not in Young Justice or any of the other stuff that I’ve had Zatanna on.”

Oliva also discusses Jason Blood/The Demon, explaining that the flick explores his origins; how he’s cursed to live forever and to share the same body with the Demon. Originally a knight in King Arthur’s court, Blood has grown disillusioned with the world around him and becomes uninterested in playing the role of superhero.

And lastly, it seems pretty clear that the Batman will retain an integral part of the movie as the man who recommends Constantine for the mission and helps band the troops together to battle this entity. Accordingly, despite having seen magic firsthand, Batman staunchly clings to disbelief in a movie with nothing but magic.

“I really like Batman’s role in the movie, because he’s pretty much the Scully to the Mulders of the Justice League Dark team. They’re all believers, they all live and breathe magic, and Batman is the forever scientist, the forever skeptic, and we kind of use him as the straight man throughout the movie. Honestly, his funniest lines are in this movie. I’m not saying that this movie’s a comedy, I’m just saying Batman, to me, is very charming in it, because he stays Batman when faced with things that would drive any of us mad or we would pull our eyeballs out because we don’t want to see it. Batman would be, like, ‘You know, there’s a way to explain this. I don’t accept that you are seeing what you say you are. I think it’s something else. It’s got to be swamp gas or something like that.’ He’s always trying to explain it scientifically.”

Overall, it’s a pretty interesting and insightful read. He provides a lot of commentary on the characters and a few personal anecdotes. You can read the rest of it here.