This issue of Titans  that has not changed my mind about the series, which feels like it can be exciting but it turns out to be mediocre.

But first lets get to the good stuff about this issue. The villain Kadabra is becoming more likable in this issue despite still having a ridiculously-drawn moustache. He has a much more interesting motivation for hating Wally West and his ultimate plan for Wally is cool, because it is so twisted and can only be done in a comic book. Side note: I need to amend my feelings for Kadabra from my previous Titans review. There were some scenes that went over my head in the first read-through of issue #3 that potentially hinted at Kadabra having connections beyond the typical DC Universe that – if proven to be true – is some amazing foreshadowing on writer Dan Abnett’s behalf. It won’t be spoiled here, but you can check the link to read about it.

Beyond Kadabra, the main plot of the issue is shaping up to be pretty good. When Abnett reveals what Kadabra’s endgame is, the story’s plot kicks into overdrive. The issue ends with a suspenseful cliffhanger that makes one wonder, “How is Wally West going to get out of this one?” It is always a pleasure to read a comic that fills you with anticipation for the next issue. 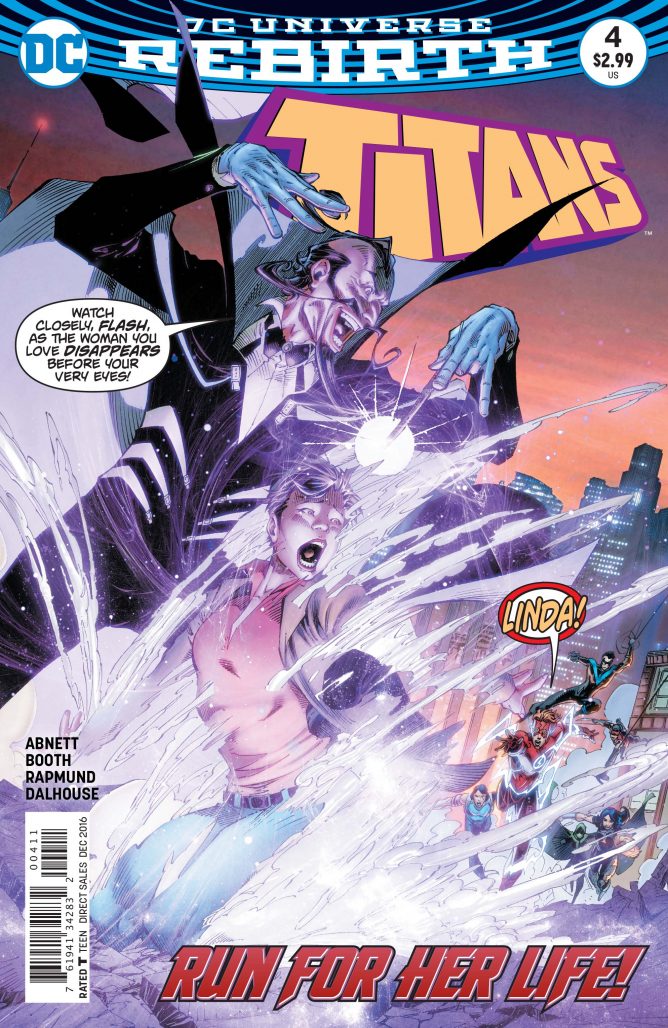 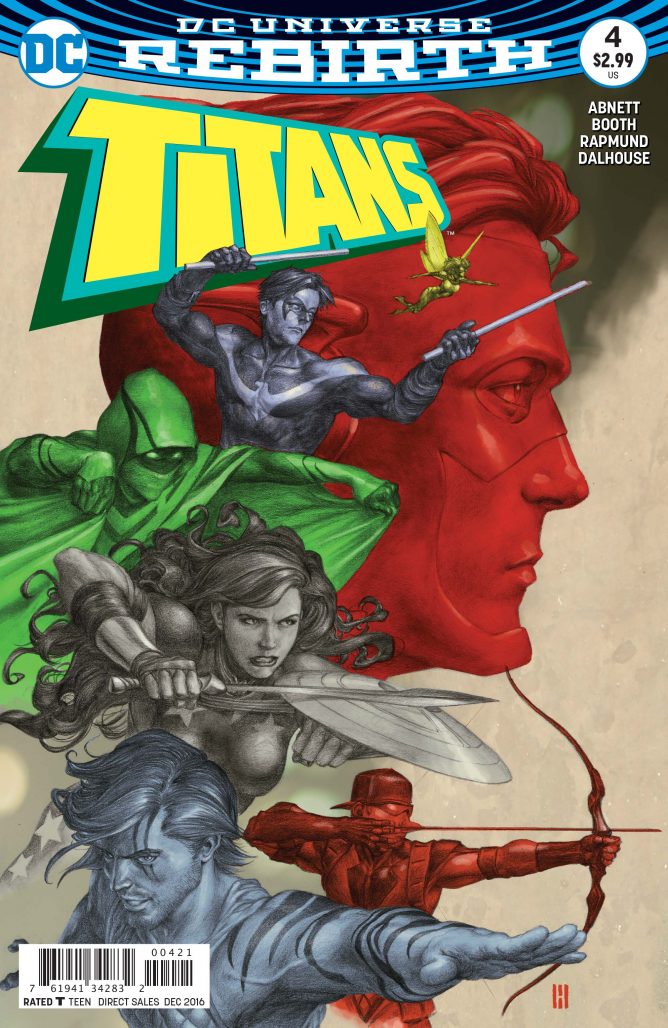 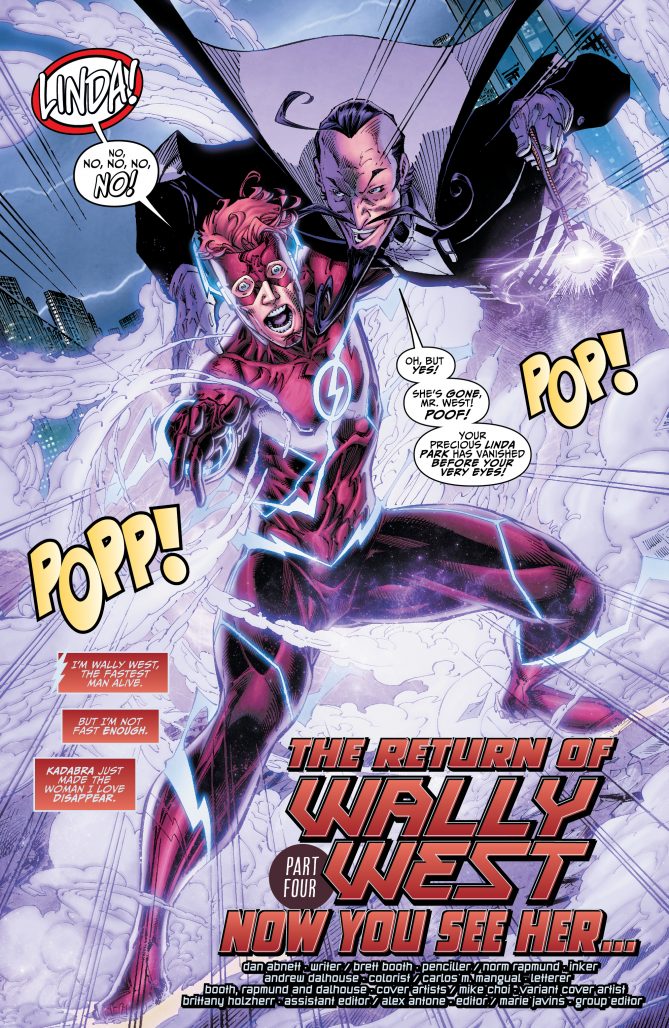 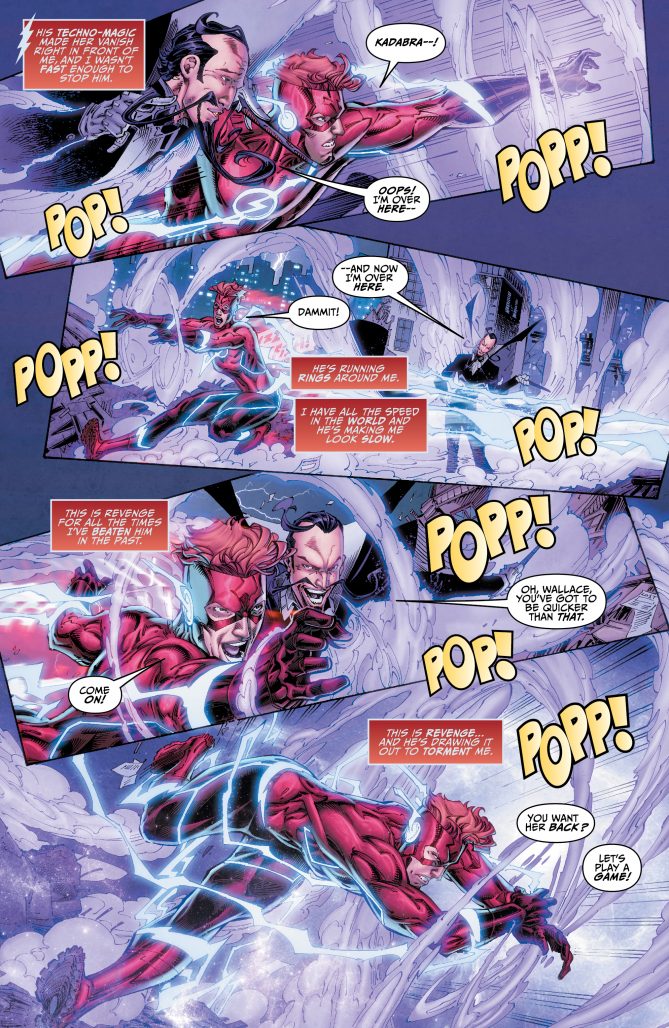 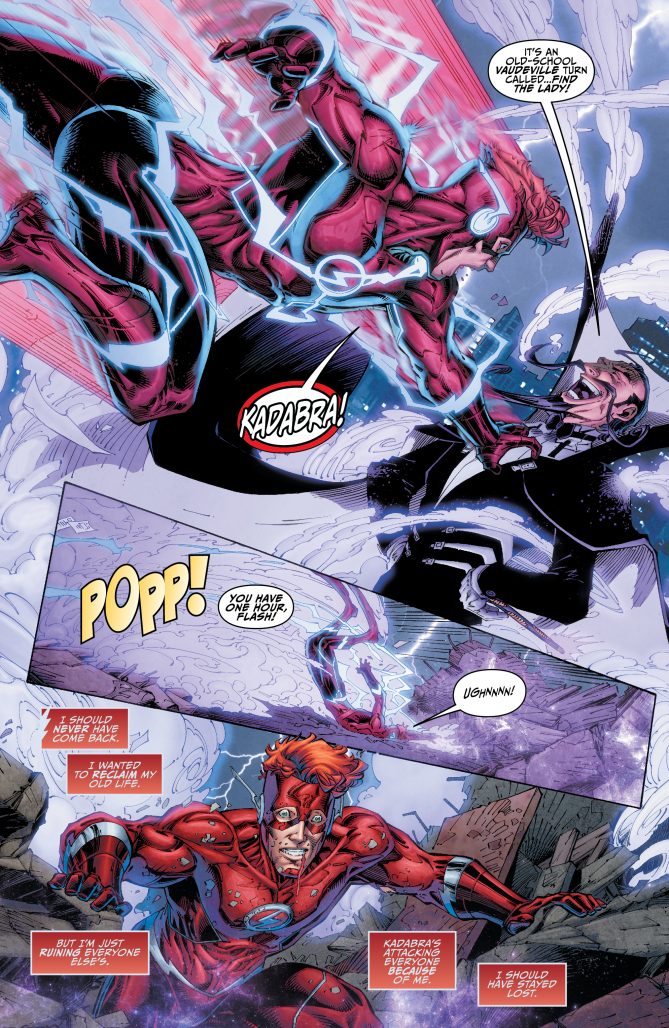 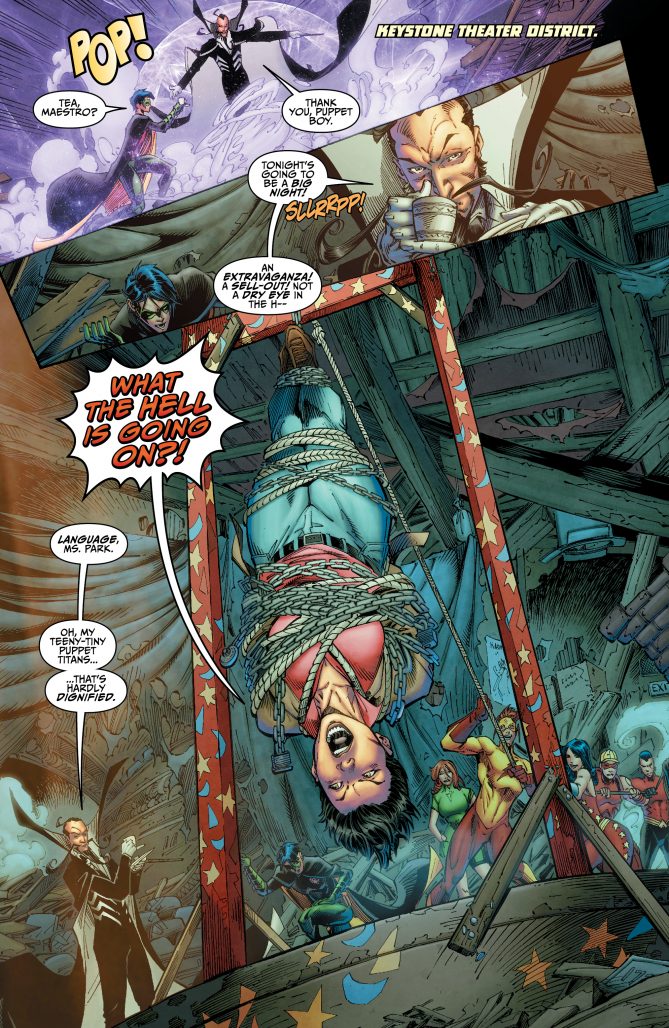 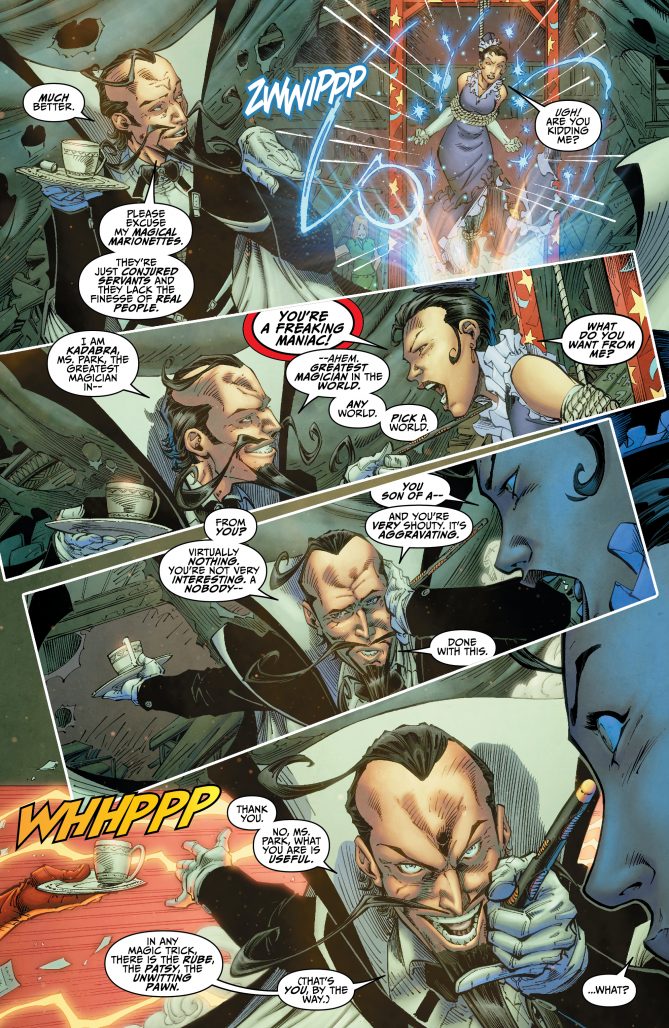 Now onto the bad stuff about the issue. After hearing for five issues (including the Titans: Rebirth one-shot) about how close of friends the Titans are and how they are more than family, it begins to get tiresome. I understand how Abnett is laying the comic’s themes down, but they are heavy and not subtle. It almost sounds like an after school special about the importance of keeping friends. We get it, Abnett. The Titans are best pals.

And then there is Brett Booth’s art. It is the same problems as the previous issue: it is flashy and is riddled with weird problems. The characters contort their bodies in inhumanly painful ways, their faces do not match the tone of their dialogue, and the panel layouts are literally all over the place for no storytelling reason. Booth’s art is more an acquired taste.

This issue of Titans kicks the main plot into overdrive, leading a thrilling, edge-of-your-seat cliffhanger. However, the awkwardly transparent dialogue and Booth’s art prevents Titans from being a true must-read comic.

Did Jeremy Irons Drop A Big Hint About ‘Justice League’?