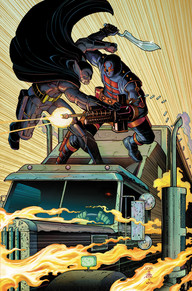 The worst road trip of all time continues.

After the longest month in recent memory, Scott Snyder has delivered us the latest issue of All Star Batman. While this issue didn’t particularly deliver on the same levels as the previous two, it’s still a solid book. That may sound like a negative, but Snyder’s worst book could be better than many writers’ best books, so he still delivered here.

In short, Batman is still hauling around his good buddy Two-Face, except they ran into a certain KG Beast. While their first showdown was left to the imagination, we still get a pretty good payoff a few pages later. Meanwhile, more villains make a cameo, and a long-lost ally makes a surprise appearance. I won’t ruin it here but once you read the book, you’ll smile and know exactly who I’m talking about. The issue ends on a really exciting note that has me looking forward to next month’s book now.

One thing that stands out from All Star Batman #3 from the previous two was this book felt a little smaller and restrained. I’m happy with that because so far I’ve had to read each issue a few times to fully understand how these time jumps were connecting. I was able to process most of this book from the first read, and I really appreciated that. Also, Snyder has written some great, dark humor in this issue. Penguin in particular, but also KG Beast’s proof that an Ace doesn’t trump everything. Plus, a backstory of the Bruce/Harvey Dent relationship is explained and I really like where it’s headed.

John Romita Jr.’s art again is impeccable. I can’t remember a Batman story more effective during the daylight. A very small part of this title thus far has taken place at night, and I’m fine with that. His drawings, along with Danny Miki’s inks and Dean White’s colors, create near perfection on every page. This already is one of my favorite books in recent memory.

All Star Batman continues to be DC’s strongest title (in my opinion) and each week I’m ready to pick up the next issue right away. Fun, exciting, and a feast for the eyes, here’s hoping this title continues its wild ride.

The backup story continues to be a bit of a letdown for me. I’m trying to wrap my head around what Snyder is doing, but it’s only confusing. By this, I mean with the color-barred connection to… I don’t even know what. Somehow, the colors identify with people in some aspect? Okay, moving on. I sort of like here Dean Thomas’ search for answers after his recent scare with Victor Zsasz and the ending gets a little exciting, but I’m not sure for what.

A big problem for me here is the forcing of Thomas on us. He works in the main story, except Batman has to explain himself to him and Thomas always has an attitude because Batman doesn’t always give him the full story. Since when does the Dark Knight have to explain himself to anyone, let alone a new character that once again is becoming his sidekick? I prefer my Batman solo and don’t buy a Batman book to read about a Robin. Okay, end of rant. The backup story isn’t bad, it’s just not necessary to the main one. But hey, the art by Declan Shalvey is good! 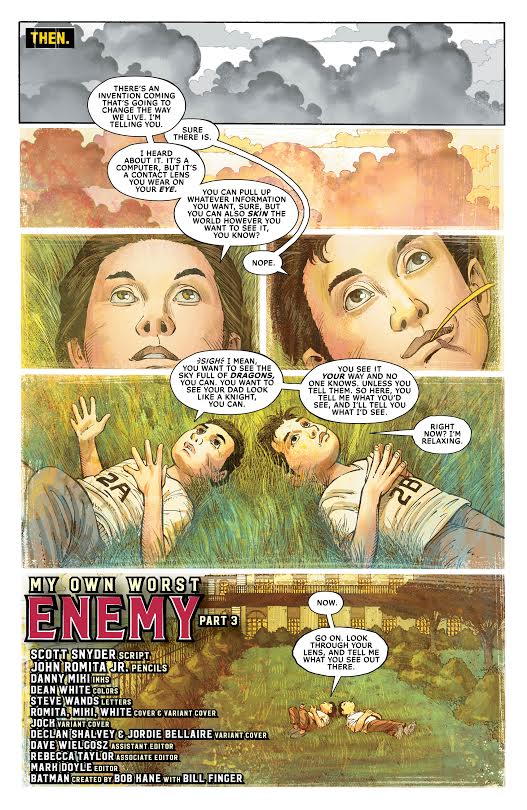 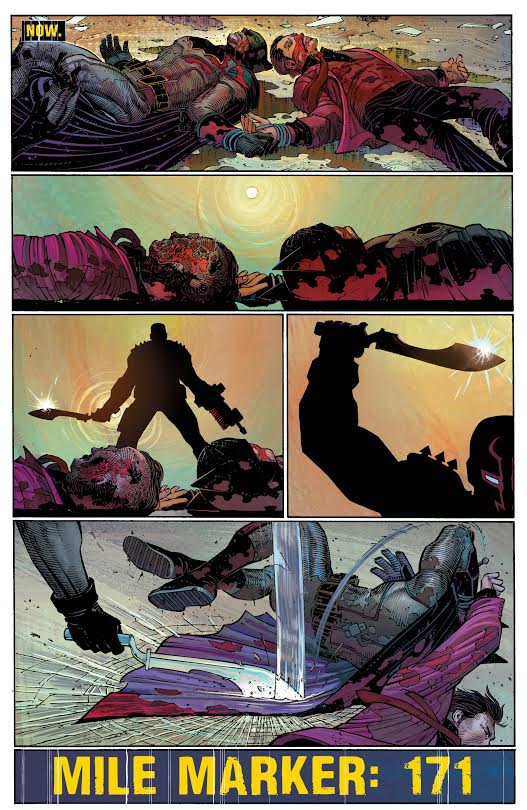 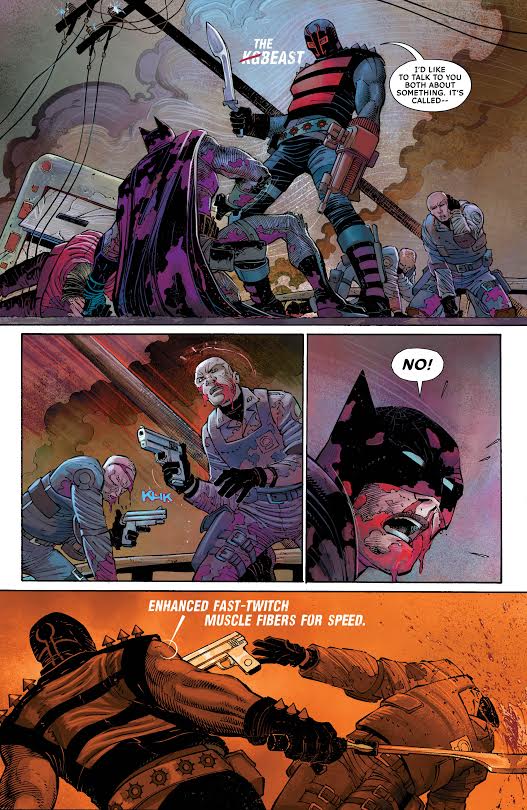 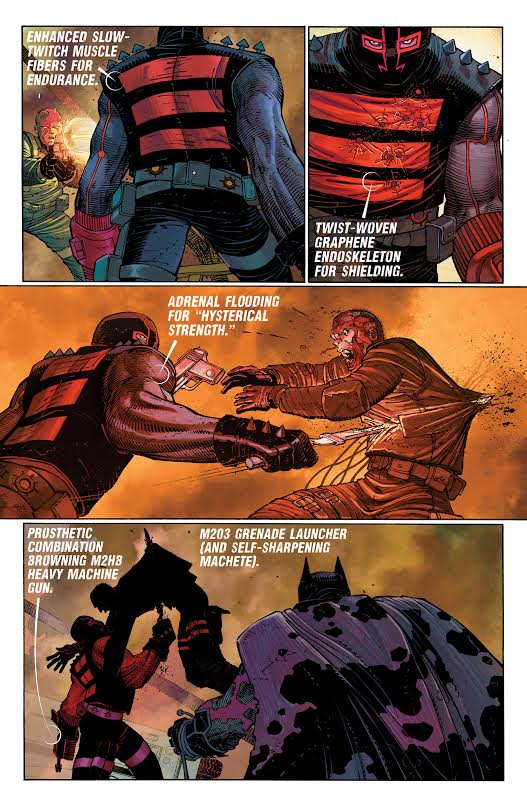 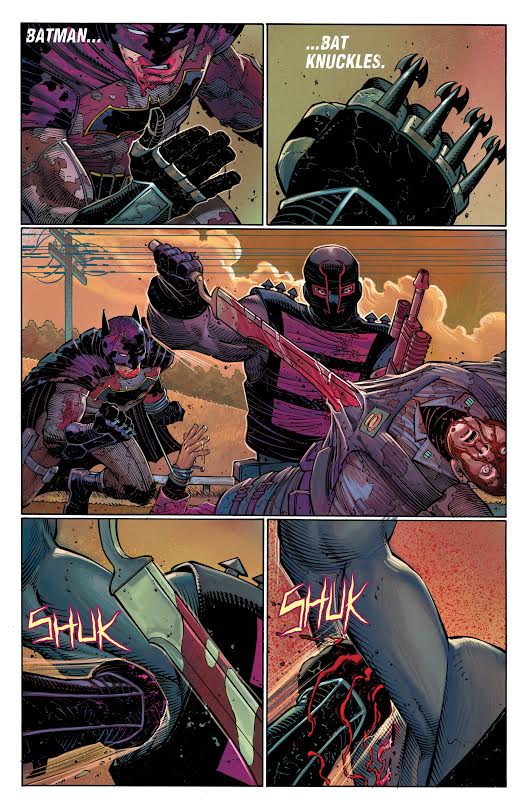 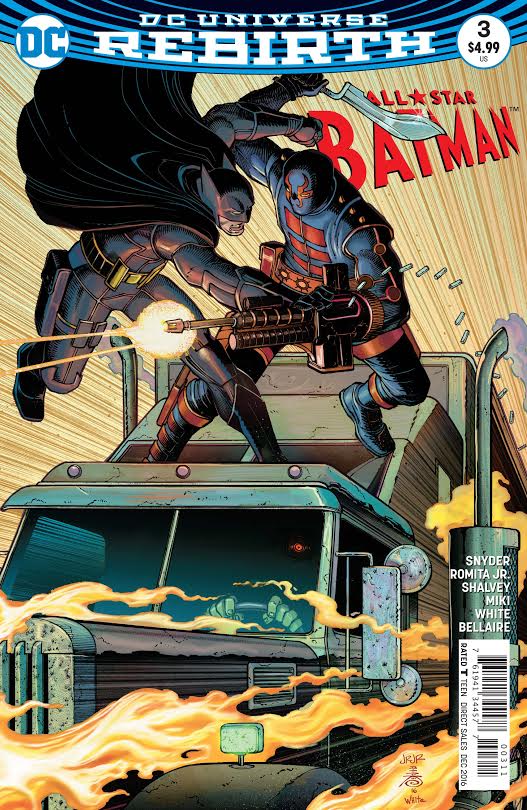 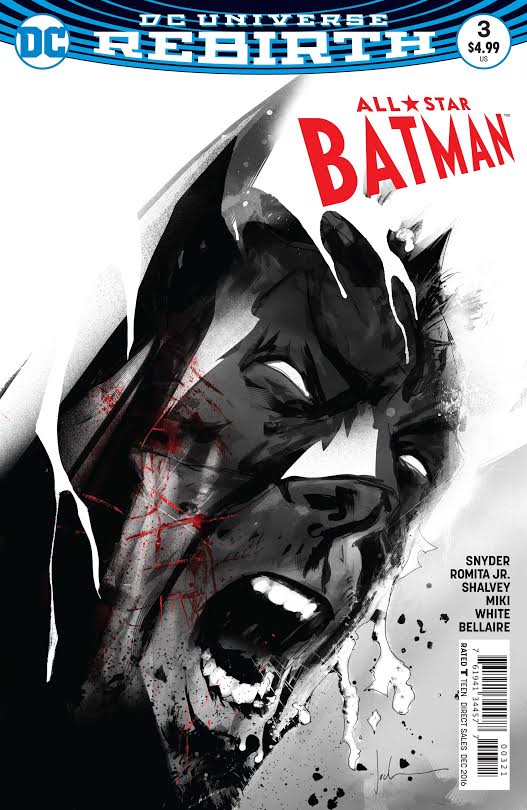 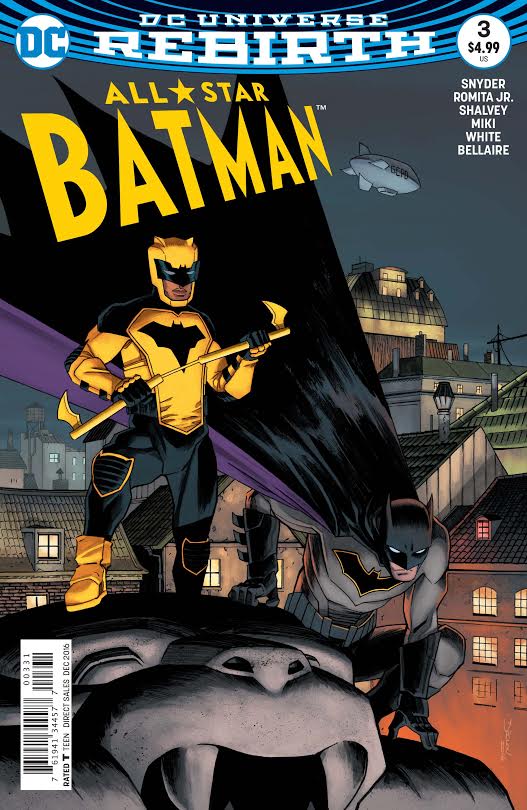