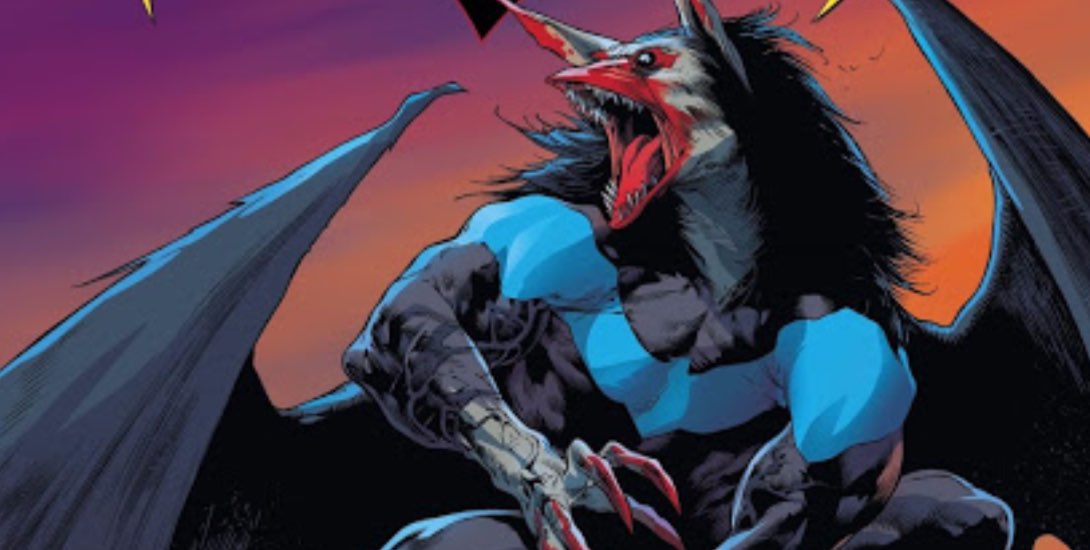 Whoa! So the latest part of the “Night of the Monster Men” crossover really picked up steam since the previous installment.

Unlike the preceding part in Batman #8, this one begins to answer questions about what is Hugo Strange’s ultimate endgame. Additionally, it highlights Strange as the evil psychiatrist who has a deep fixation of his arch-nemesis, Batman.

It has been said already, but I appreciate Steve Orlando handling the plotting of the entire storyline, while giving the series’ main writer, Tim Seeley, the chance to showcase Nightwing being the driving force behind this issue’s plot. Orlando handled the scripting for the issue as well and he injects sharp, funny scenes that makes the characters shine. The emphasis of Nightwing #6 and the rest of the “Night of the Monster Men” crossover is fun. 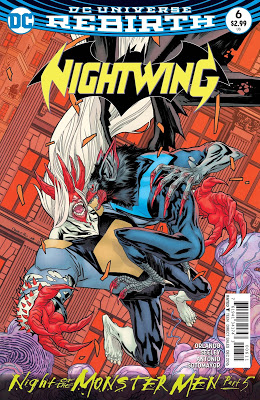 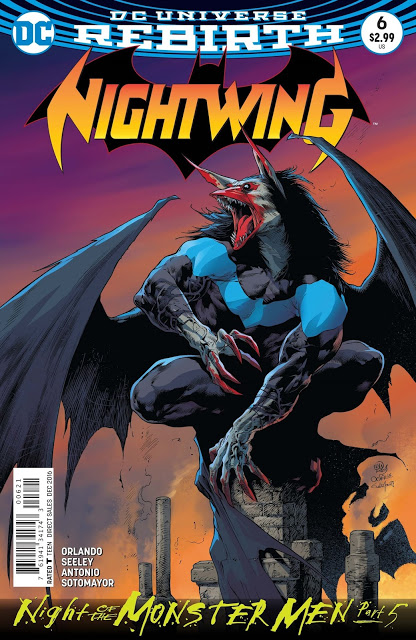 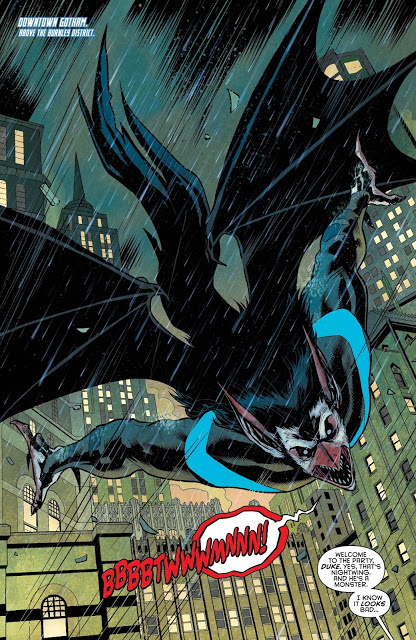 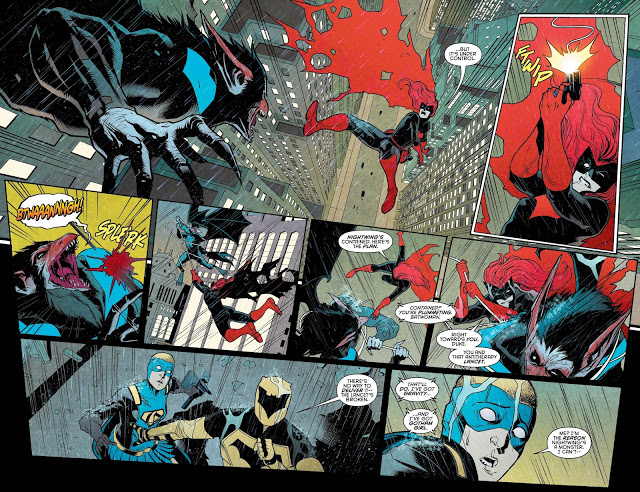 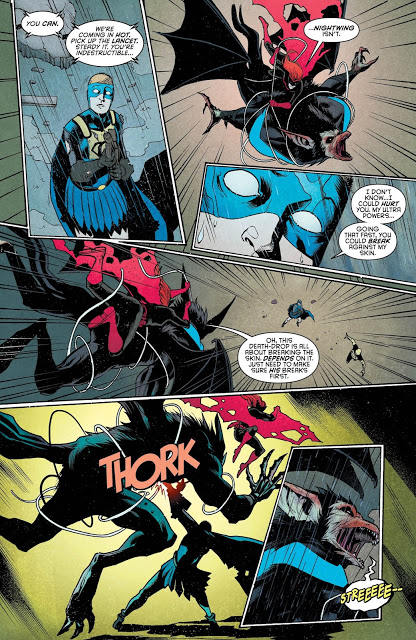 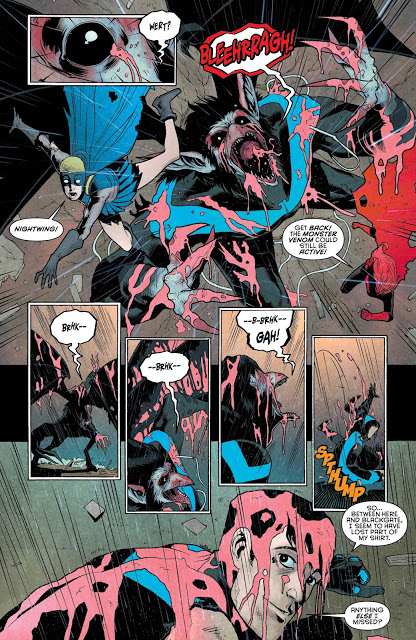 Roge Antonio’s art adds to the fun tone as well. Despite the rainy setting, his art is bright and action-packed. The design of the Monster Men are pretty grotesque, but Antonio’s art does not make it look gross. If you want to see how disturbing the Monster Men can look, just check out Yanick Paquette’s covers for the crossover. Now, that is nightmare fuel.

There is just a few minor things that knocks points off of the art. There are some scenes that do not simply match the dialogue being said. Similarly, there are times when Nightwing is drawn with a mask and other times when he does not. It is, honestly, a nitpick, since the rest of the artwork is so strong.