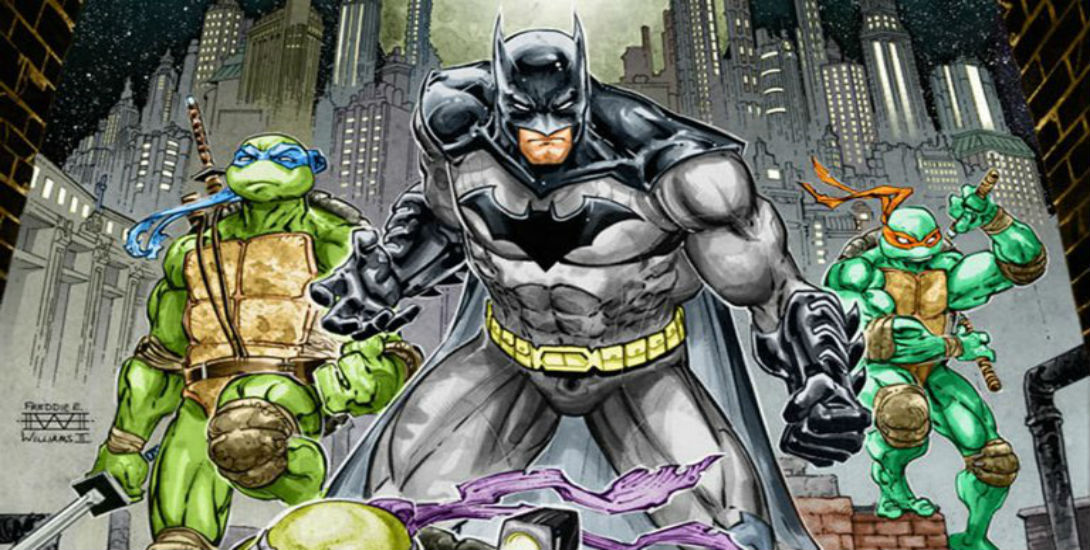 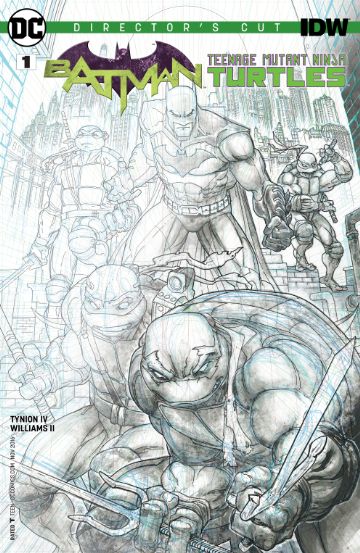 A few months after the story came to its conclusion and I still can’t believe we got a comic book featuring Batman and the Teenage Mutant Ninja Turtles. It’s (probably) every nerd’s dream come true.

The first issue of the series came out in December of 2015 (read our review here), and continued for a 6-issue run. In short, and spoiler-free: this story was awesome. The writing from James Tynion IV was just plain fun, combining the worlds of Batman and the Turtles. As for the art from Freddie Williams II? Gorgeous! Everything looked and felt like a comic, and that’s meant in the highest regard. Certain stories require a certain look and feel to them, and Williams really nailed every panel in each issue of this story.

Now, DC has released another issue of their ever popular “Director’s Cut” line. I understand these versions aren’t for everybody, so I’ll be honest about it.

When you watch movies or television shows, do you ever find yourself wondering “How do they do that?”, then search to see how they really did it? If your answer is no, then you may want to skip this issue. It carries a pricey $5.99 tag on it (more on that later), which could turn away the average reader. So, if you just want the regular story, with each page beautifully drawn and colored, buy the hardcover edition that includes all of the issues.

Let’s say you are one who asks “How did they do that?” and search for answers. Well, buy this issue! Sure, it’s $5.99 (see, I told you I’d come back to it) but you’re actually getting three issues in one.

Here’s how: First, we get a noir-ish version, but with little splatters of color (the Turtles’ bandannas, certain dialogue text, etc.). It looks awesome and is a cool departure from the fully colored version. Next, we get a sketched version of the issue, seeing how Williams crafted all of these beautiful pictures. The drawings come with the text and everything, so it’s just a rough draft version of the comic. Finally, we get the script from Tynion. This to me sticks out because I like seeing how the writer sort of guided the artist into placement and such. This can also detail how well the team collaborates. Here, Tynion gives a great idea on what he thinks works for the story, and Williams takes it much further. End result? Perfection.

You may already own this issue, and/or the hardcover collection, but this release continues to impress and live up to the “Director’s Cut” title. Buy it.